The structure of twelve sections in, A Time to Keep follows the twelve months of the year. In a similar way to The Bright Spade, we see how the inhabitants of the valley are dependent on the agricultural cycle and it’s impact. After the sun had blessed Bill’s harvest, the rain fell, flattening, rotting, burning, destroying the crop.

In the next section, Bill is forced to take out a loan. It can be assumed this is partly because of the failed crop.

The characters in A Time to Keep are reliant on their natural surroundings. Bill describes the two providing elements of this:

A green offering hand, our valley, corn-giver, fire-giver, water-giver, keeper of men and beasts. The other hand that fed us was the blue hand of the sea, which was treacherous, which had claws to it, which took more than ever it gave.

This description summarizes the manner in which the natural world and the natural cycle are both providers yet often problematic for the islanders.

The natural cycle instills a level of resilience in the characters. Bill, like Hugh in The Wireless Set, Flaws in The Whaler’s Return and Jacob in The Bright Spade recognizes that, life must go on. Each story ends with a character going to work, on this occasion Bill collects his fishing gear.

Ingi and Bill have hugely differing religious beliefs. While Ingi was brought up in a religious home and embraces her religious background. Bill is seen to reject religion, referring to some of its rituals as sentimental mush. To an extent, this religious division isolates Bill not only from Ingi but also from the community. Mr Sinclair rallies against Bill’s atheist outlook:

When are you seen at the Sunday service? Never once.

Bill’s outspoken atheism serves to alienate him from large sections of the community. Though they have very different religious beliefs, this is similar to Barclay in The Eye of the Hurricane, whose beliefs are also not in line with the majority of the community.

Throughout the six stories by Brown that are studied, death is treated in a variety of different ways. In A Time to Keep, the characters, primarily because of their religious beliefs, respond to the death of Ingi differently.

Mr Sinclair believes that Ingi has gone to a happier place but Bill responds by stating that the ground isn’t a particularly happy place to be. Though Bill is devastated by his wife’s death, he recognizes the need to carry on and get back to work. Like Hugh in The Wireless Set, the cycle of work must go on regardless.

In The Bright Spade, characters from all walks of life (strong, weak, old, young, rich and poor) pass away. In A Time to Keep, however, we see a different approach. Ingi is weak. The fact that she should die while the more practical, fit Anna carries on, suggests that the weak are more susceptible to the harsh island surroundings.

There is an obvious distinction in social class between Bill and Ingi (and her family). Ingi is from a wealthier background than Bill and he acknowledges this when he says she is not a valley girl. This creates a degree of tension between Bill and Mr Sinclair. When Mr Sinclair first enters the story (importantly, in the first car ever seen in the island) his confrontation with Bill represents a clash of social class. Mr Sinclair derides that Bill has brought shame and misery and poverty on Ingi.

The theme of social class is also illustrated in the relationship between the Laird and Bill. In The Whaler’s Return, we see Flaws being oppressed by those in power. In A Time to Keep we see something similar – Bill feels he is treated harshly by the Laird who states that Bill should pay ten shillings more rent. Bill’s attitudes are highlighted when he tells his child to fight on the side of life. Be against ministers, lairds, shopkeepers. Clearly, Bill feels that both the Church and the landowning aristocracy work against him, an idea also present in The Whaler’s Return. 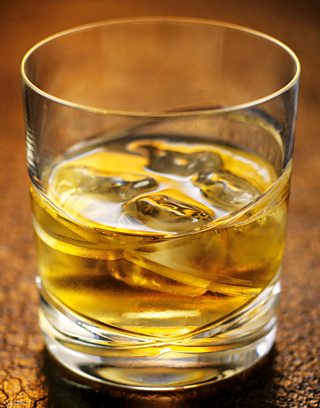 Like in The Eye of the Hurricane, The Whaler’s Return, Tartan and The Bright Spade, alcohol plays a key role in A Time to Keep. Alcohol is central to the community. Bill states that, as Ingi has not yet mastered the craft of brewing, he would have to keep visiting the ale-house. The ale-house, again, is central to much of the socializing in the story. Alcohol is even consumed out at sea, where a Highlander tells Bill that:

you Orkneymen are terrible ones for the strong drink!

Though less obvious than in other stories, alcohol serves to alter characters and creates unsafe situations. Bill states that he steered the Susanna through rising seas. I felt very brave on the account of the Gaelic whisky. Like in The Eye of the Hurricane and The Whaler’s Return, alcohol dulls decision-making and puts characters in danger.