The history of barbecues from around the world

When you think of summer traditions, what comes to mind?

A trip to the beach? A 99, covered in sauce? How about a barbecue?

It seems like al-fresco cooking and eating has become a hugely important part of British culture – industry statistics say around 137 million barbecues were held in the UK in 2019.

But while we might think nothing beats sizzling sausages or crunchy corn cooked over the hot coals, barbecuing around the world brings many different flavours. Remember, if you're planning on trying any of these meals out for yourself, barbecues get incredibly hot and can be dangerous so make sure there’s an adult there who knows what they’re doing.

While Christopher Columbus is best known for ‘discovering’ the already heavily-populated Americas, you might not know that his voyages were also responsible in part for bringing barbecues to the wider world.

When Columbus landed on the island now known as Hispaniola, the indigenous tribes he encountered cooked their meat over an indirect flame (where the food is placed to the side or above the heat source). The Taíno people called this barabicu, which was readopted as the Spanish word barbecoa.

Barbecue remains popular throughout the Caribbean, with one of the best-known dishes being lechon – whole roasted suckling pig cooked over charcoal. It is the national dish of Puerto Rico and is also hugely popular in the Philippines.

One of the best known Caribbean meals you may already know about is jerk chicken, a key part of barbecue culture in Jamaica.

This style of cooking – in which meats are dry rubbed or wet marinated in jerk spices – is thought to have come either from Maroon communities, the descendants of enslaved people from Africa who escaped from the British during the 1655 invasion of Jamaica, or from the native Taínos themselves.

While barbecue wasn’t created in the USA, the country lays claim to be the modern-day home of outdoor grilling.

In 2019, 1.36 billion US dollars worth of grills and barbecues were sold in the United States.

Popular throughout the country, barbecue food is mostly associated with the south-east states.

Carolina and Memphis-style are the more traditional barbecue methods, where pork is used almost exclusively. That’s because pigs were considered to be a much more cost-effective animal to farm, in comparison to cows. Texas and Kansas City barbecues have adapted and introduced beef.

While dishes such as beef brisket, pulled pork and sticky ribs will always conjure up images of those classic American BBQs, just as important are the sides that accompany the main course, such as corn on the cob, potato salad or coleslaw.

But don't think that it's all fun - barbecuing is serious business stateside. There are hundreds of competitive cooking events that take place every year, with the largest being the American Royal World Championships in Kansas City where more than 500 teams cook-off to be crowned barbecue champions each year.

One of the more popular ‘newer’ forms of barbecue comes from Korea. Known as gogigui, Korean barbecue restaurants have started cropping up all around the world.

But the roots of this style of cooking date much further back.

Two of the most popular Korean barbecue dishes are galbi and bulgogi. Galbi is a grilled beef short rib dish while bulgogi is made from thinly sliced sirloin or ribeye and both are served with a savoury/sweet soy-sauce based marinade.

Both evolved from a simple beef marinated dish called maekjeok which was grilled on skewers and dates back almost 2,000 years.

No Korean banquet would be complete without kimchi - a fermented spicy relish that is thought to date back to the era of the Three Kingdoms over two milleniums ago.

Looking for a meat-free option? Try these vegan barbecue dishes from BBC Food this summer:

Barbecue culture in Africa originated with Afrikaner people – the word braai is Afrikaans for grill and has been adopted by English-speaking Africans for barbecues.

Braais are typically very social affairs, with ‘bring and braai’ parties taking place among family and friends. Groups get together, either in popular picnic spots or at people’s homes and every guest brings a dish.

Traditionalists would insist on grilling over a wood or charcoal fire, with braai snobs turning their nose up at a gas fire. Popular dishes include sausages, pork chops and rock lobster – known in Afrikaans as kreef.

And don’t forget the side dishes – one of the most common accompaniments at a South African braai is actually a form of porridge known as pap. Maize-based, pap is served very thick and eaten with either tomato and onion sauce, a spicy chakalaka relish or monkey gland sauce (which despite its name, thankfully does not contain any monkey).

Of course, you can’t talk about barbecues without heading down under.

Thanks to teatime trips to Erinsborough or Summer Bay, we all associate outdoor grilling with Australia – even on Christmas Day!

It was even used to promote the country. Paul Hogan, star of Crocodile Dundee filmed a series of tourism adverts for American television which popularised the phrase ‘shrimp on the barbie’ – although you’re unlikely to hear any Aussies referring to their barbecued prawns as shrimps.

Giant public feasts of whole roasted bullocks were held in Australia throughout the 19th Century as the first forms of barbecuing in the country. It’s become such a popular way of cooking that many city parks in Australia have free, or coin-operated barbecues for use.

So it’s not just a British summer tradition to light the barbecue – it’s part of global history. All we need now is a bit of sunshine… 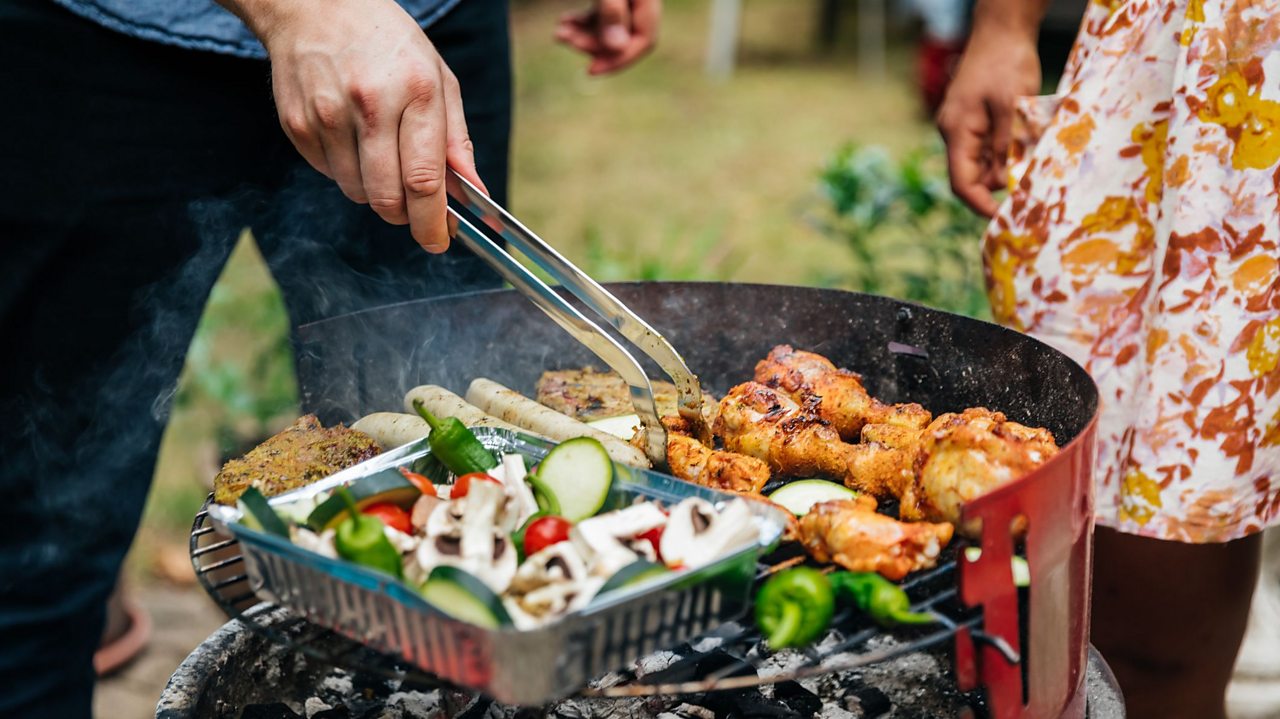 Why your barbecue is a hotbed of science

There's a lot of chemistry sizzling away in those steaks. 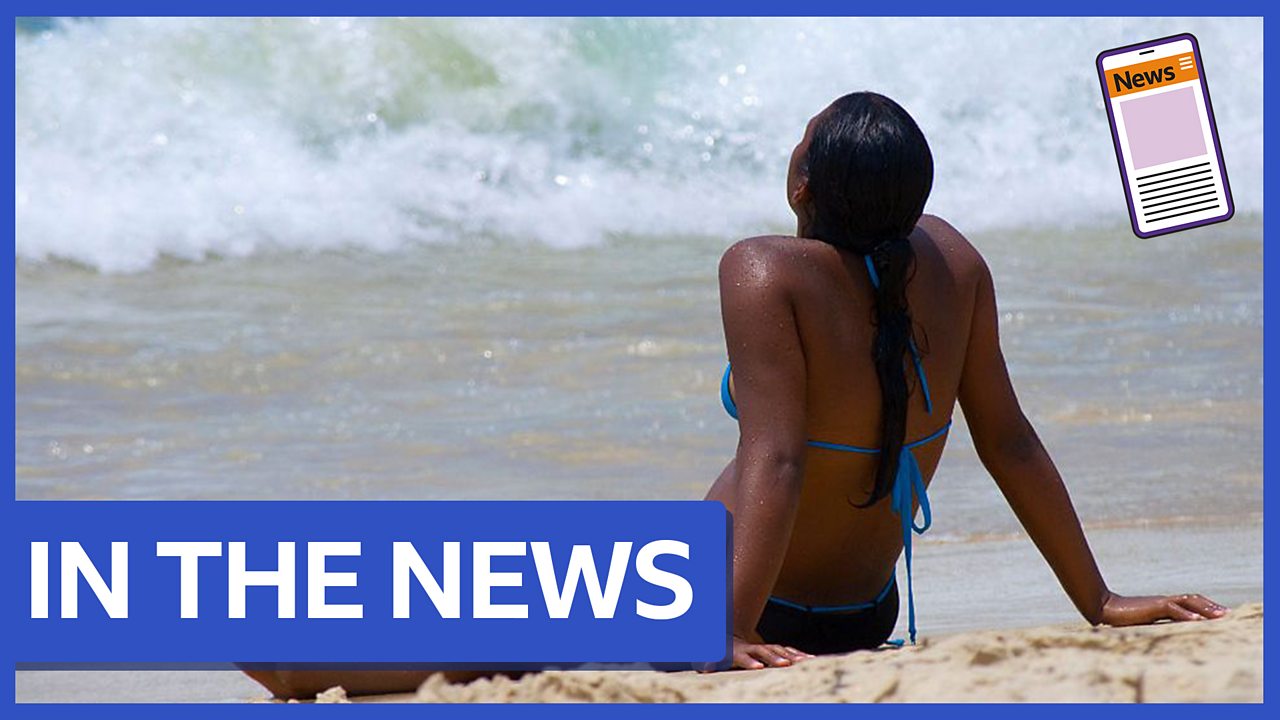 Tanning, swimming and Covid-19 - we get to the bottom of summer's biggest myths. 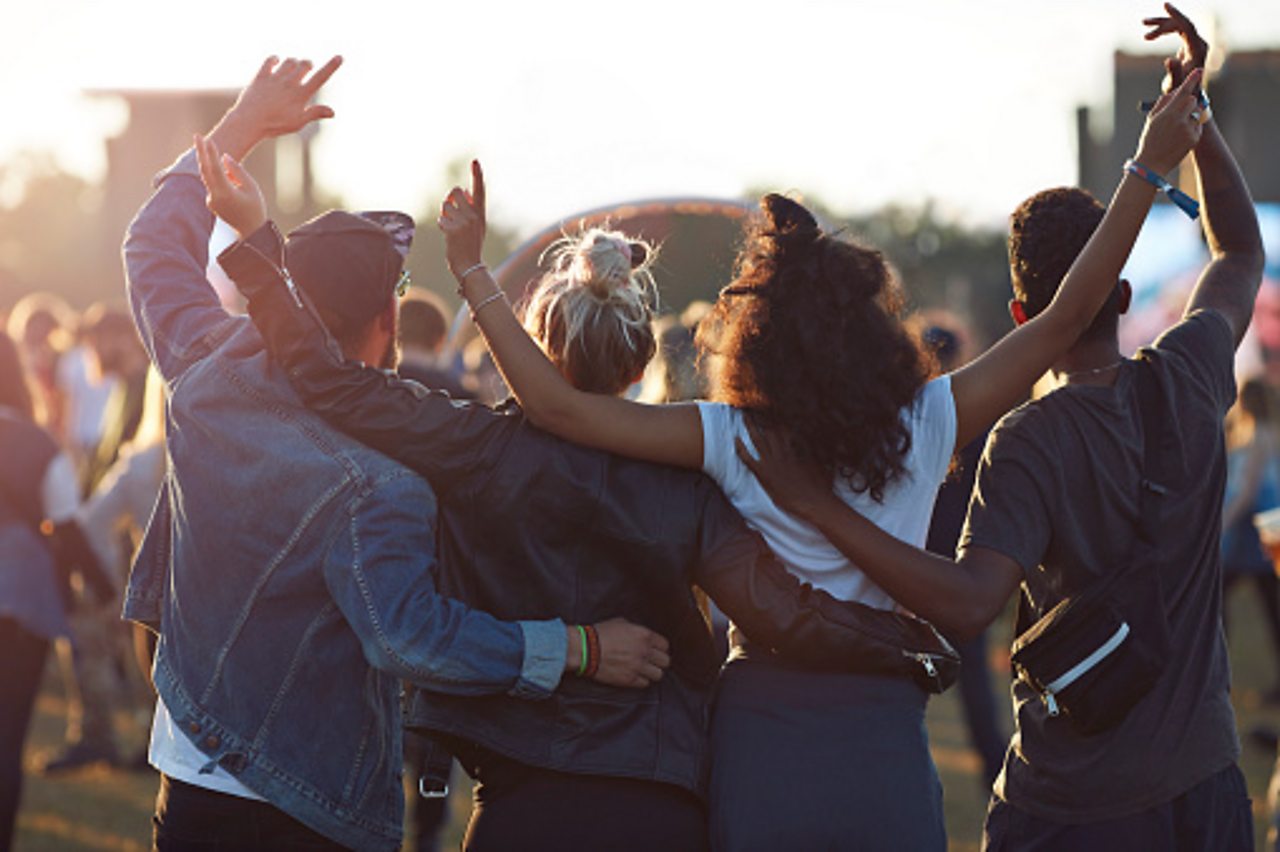