This article was first published in April 2019.

With all the stress that comes with revising and taking your exams, sometimes it can feel like it’s never going to end.

But it does… eventually. The exam survivors on Dr Radha’s Bitesize podcast are proof of that.

Alongside special guests such as Love Island’s Dr Alex, they’ve given tons of sage advice to anyone who’s taking their exams, as well as some hilarious anecdotes that will make you feel miles better about how yours are going.

Here’s some of our favourite bits.

Sometimes your parents can actually be helpful (and not just annoying!)

It might seem like being annoying is your parents' favourite hobby, but they're actually there to help you.

Sometimes, they can actually be the best people to talk to, as Love Island’s Dr Alex knows all too well. He had a really tough time when he was training to be a doctor: “Med school finals were really stressful and I was so worried, I really wanted to pass, I wanted to graduate as a doctor and I think at that time, I did almost have a breakdown at one point.”

His top tip when you’re feeling like this? Speak to your parents, or an adult you trust, as they’ll probably know you better than anyone, so will have a good idea of how to help.

You can’t do everything at once

It’s normal to feel overwhelmed by the sheer volume of things you have to do when you’re revising. However, as exam survivor James tells us on the podcast, it’s never sensible to try to do everything at the same time.

This was particularly pertinent for him as, although he didn’t know it when he sat his exams, he has ADHD, which makes it very difficult for some people to focus. His advice was to put everything into a list and tackle it one by one: “If you overwhelm yourself with a million things at once, then you will never achieve anything." James suggests tackling as many individual tasks as you can, and doing your best.

Dr Radha is the ‘Queen of timetables’

Quite a lot of people might think that they boss making revision timetables but, according to her friends, Dr Radha apparently takes the crown.

Apparently it not only helped her plan her time, but it made her feel less stressed too: “Every time I felt like things were a little bit out of control and I didn’t quite know what my plan was… I would sit down and spend a nice hour with lots of nice coloured pens working out a timetable.”

Although, we can confirm, she doesn’t timetable for timetabling. But “there’s always time”.

Exam survivor Josh recalled a time during his Year 9 end of year exams when the stress got too much for him: “I was tired, I hadn’t prepared. I fell asleep. Completely fell asleep on the table. I had friends tell me after the exam that the invigilators were shaking me to wake me up at the end of the exam.”

Poor Josh! But as he himself said, it was “a wake up call” (no pun intended), and a warning to others to prepare well in advance so your stress doesn’t end up tiring you out.

You can find help in the most unlikely of places

You wouldn’t expect to get the best exam advice of your life in the toilet, but that’s exactly what happened to exam survivor Saffie.

She hadn’t numbered her questions on one of her RS exams, which meant that she might be given a U grade. And so, understandably, she panicked: “I basically run to the bathrooms and start sobbing. And then one of the cleaner ladies comes in and I tell her what happens.

So the moral of the story, is always ask for help, even in the loo.

It may feel like all your friends are planning on going to uni, and that it’s the natural next step to take after leaving school.

However, if it’s not that appealing to you, you do have other options, as exam survivor Heeran found out.

He had actually secured a place at university, but while he was working in his mum’s shop the summer before he was due to start, a utilities worker came in and told him all about an apprentice he was training up. "Before that, I didn’t even know what an apprenticeship was or what it involved,” he says.

But after doing some research, he realised it was right up his street, and got a place on one.

Comedian Lauren Patterson echoed Heeran’s experience, saying that not doing as well as everyone else at school doesn’t have to be the end of the world: “By failing one subject, it might open another door for you that you never thought you’d walk through.” Revision: How to keep calm

Advice on how to stay calm whilst revising. The Mind Set coaches discuss their tips on how to navigate your exams and assessments. 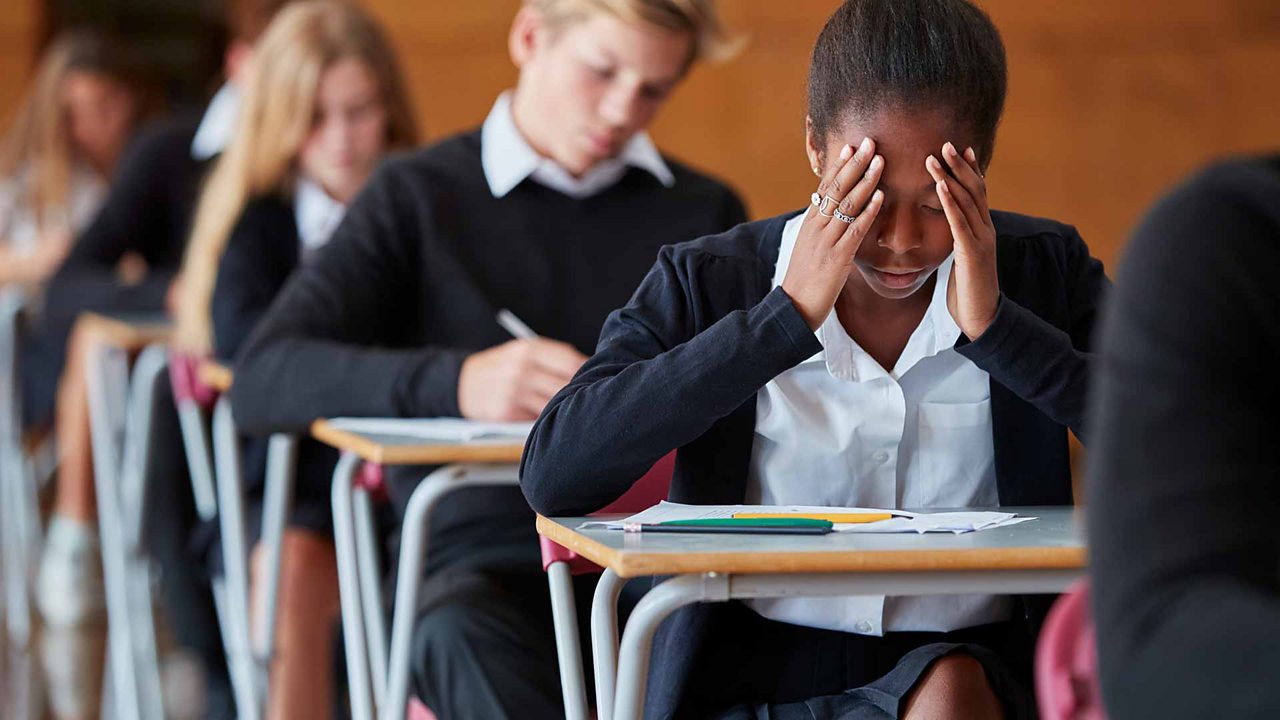