What happens to our body when we’re watching a horror film?

From the staircase-ascending shadow of the vampire Count Orlok in 1922’s Nosferatu to the more recent red balloons of Pennywise the Clown, movie makers know all the tricks in giving their audience the creeps.

You’d think we’d be used to the formula after more than a century of spooks and scares on screen, but it’s clearly not the case.

As we sit down to watch the latest film designed to frighten our socks off, we may not realise what we’re actually putting our body through.

But one man who does is Dr Feisal Subhan, a physiology expert from the University of Plymouth. He shared with Bitesize the extraordinary things that happen to our anatomy when we embark on a cinematic horror ride.

The automatic nervous system in our bodies usually control our breathing and heart rates. It’s a system which has its own brain centres, nerves and neurotransmitters. The amygdala is the neural centre which is known to react to fear (it’s even shown up on MRI scans doing just that) and makes us respond accordingly.

Dr Subhan explained: “From the time humans lived in caves, these responses are there to save us during a flight, fight or fright situation. Even before watching the film, our heart rates would be slightly elevated, but during the scary parts, heart rates can increase up to 42%, from 78 to 110 beats per minute.”

That level of reaction is down to a number of factors. For example, how scary the film is, whether you’re watching it alone or with a group of people, if it’s dark or light outside, if it’s the first time watching the film or a repeat viewing and the age of whoever is watching.

He continued: “The science is that the heart rate goes up and so does our blood pressure, getting us ready to handle this frightful situation, and possibly running away - or turning the film off - or facing the situation.

“Adrenaline does last for a few minutes in our body, so it takes a short while for our heart rate to reach resting levels again after a spooky film.”

Our bodies produce the hormone adrenaline during the ‘flight, fight or fright’ situation.

Released by the adrenal glands, adrenaline increases our breathing and heart rate as well as the flow of blood to our muscles. It’s preparing us for the flight, fight or fright reaction.

Dr Subhan said: “Changes in our body can occur after release in adrenaline, so for our heart rate to go up during a horror film, adrenaline needs to have increased in the blood stream before that.”

Sympathetic nerve fibres - also linked to the flight or fight response - which connect to our heart release a neurotransmitter called noradrenaline. This is similar to adrenaline although it works even more effectively in times of stress or fear by increasing heart and blood pressure rates and also, among other things, narrowing the blood vessels in less essential organs so that more can flow to the heart and brain.

It’s also adrenaline that causes goosebumps. It stimulates small muscles which pull on the roots of the tiny hairs around the skin, leading to that film of tiny lumps forming across them. It’s perhaps no accident that phenomenon is known as horripilation. Even the word suggests being spooked out.

A look of terror in your eyes

When something horrific appears on screen, our eyes change through sheer fear, and it’s something they’ve done long before Freddy Krueger started terrorising the residents of Elm Street.

At stressful times, our pupils dilate as this allows more light in and enables us to see more clearly and at greater distances when it matters. That extra focus all helps with the fight or flight dilemma.

“I guess this is the one physiological response moviegoers can benefit from, they get to see the film better,” Dr Subhan joked. “The lens also allows us to see better for distance vision, so don’t sit too close to the screen!”

Enough to make you gasp

When something spooky on screen makes our heart beat faster, our breathing rate climbs too.

Just as our pupils dilate, so too do the muscles in our airway. This results in something called a bronchodilation, allowing more air to enter the lungs and prepare us for that fight or flight. We also produce less mucus than usual which also aids our breathing.

That noise you can hear when the monster may be hiding under the bed? It’s probably you, breathing more powerfully than usual.

Welcome to the scary zone

When you’re caught up in the plot of a particularly terrifying film, there’s not much of your body that won’t react to it.

There will be an increase in the release of dopamine, the ‘reward’ neurotransmitter that is produced when you’re enjoying a tasty meal, listening to a favourite song or experiencing a genuine thrill, like the fear induced through a horror film.

Muscles in our skeletal system are also primed for action and blood flow to the gut is reduced so our body can focus on what’s important.

But if you’re getting goosebumps from seeing Annabel the doll in action, take heart in the fact you’re reacting in exactly the same way our ancestors would when faced with the threat of a mountain bear. They just didn’t have the luxury of hiding in a box of popcorn. 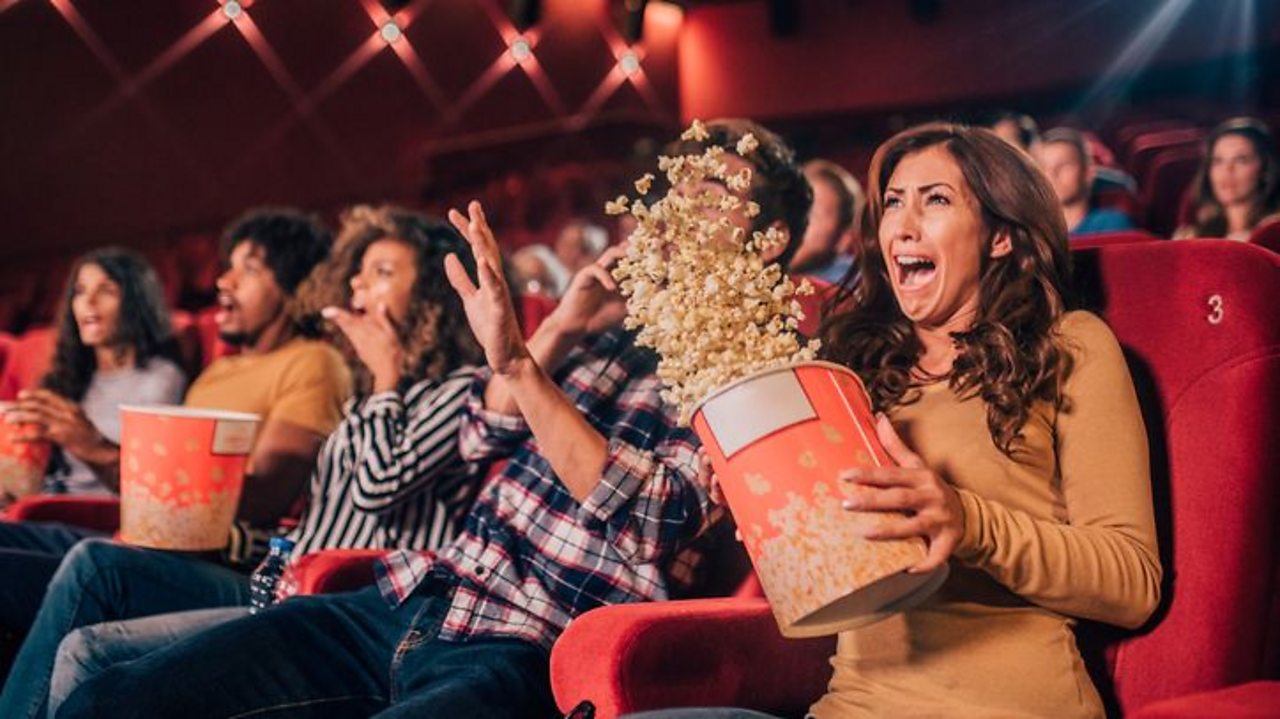 We look at how horror films have changed to keep us screaming. 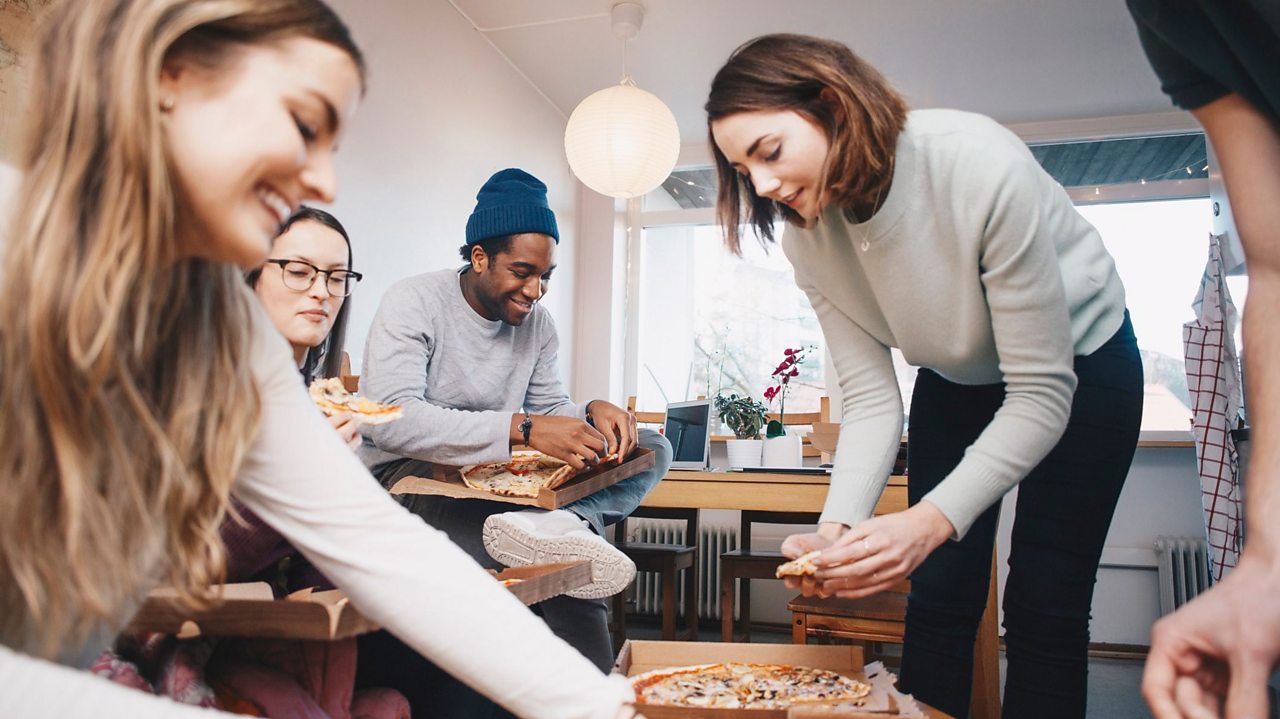 Some stories from those who experienced the life of uni halls. 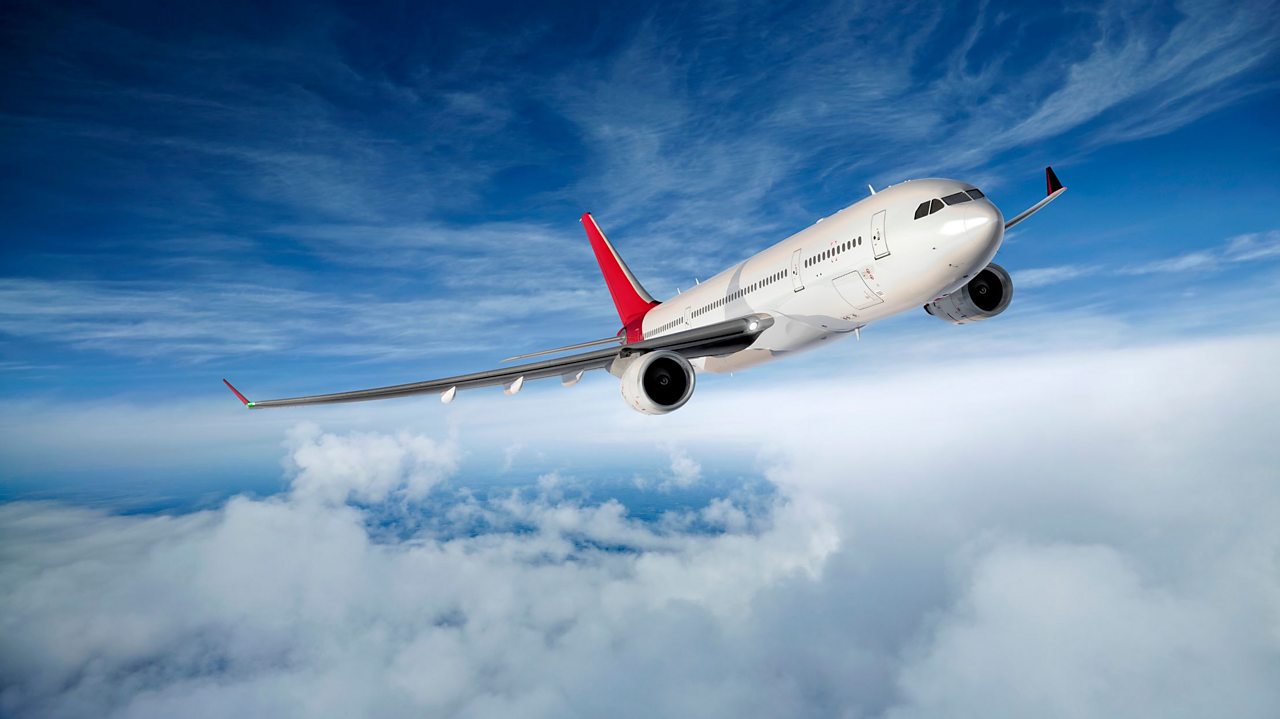 What happens to our bodies in a plane?

Why food tastes different and you may break wind more often.