Ten things you didn't know about our Solar System

If you think you’re pretty clued up on the Solar System, think again.

Some of these facts are absolutely out of this world!

You can't stand on Uranus

If we ever manage to travel to the gas planets, you might be in for a bit of a shock when you step off the spaceship. That’s because Jupiter, Saturn, Uranus and Neptune don’t have solid surfaces - they have a rocky core, but are mainly big balls of hydrogen and helium.

The whole of Mars is as cold as the South Pole

If you’re travelling to Mars anytime soon, be sure to bring your big coat. Its average temperature is roughly -60°C, the same as the South Pole (minus the penguins). Some scientists, in the hopes of making it more habitable, have suggested ways in which we could make Mars warmer. One of these ideas is to build giant mirrors that will reflect the Sun's rays, and kick-start some speedy Martian warming.

Saturn is home to the Solar System’s most epic ice rink. Being so far from the Sun, the water in its rings is frozen into ice. It is one of four planets that have rings around them - the other gas planets do too. However, the rest were undiscovered until the 1970s when probes went to explore them. Saturn’s were the first rings seen through telescopes from Earth.

Forget holidays in the Mediterranean. If you want vast ocean views, Jupiter’s biggest moon Ganymede is the place to be. The moon is larger than Mercury and would be classed as a planet if it were orbiting the Sun rather than Jupiter.

In three months you could write a book, pass your driving test or learn basic guitar. It’s also the amount of time it takes Mercury to travel around the Sun. It’s the shortest orbit in the Solar System, because Mercury is the closest planet to the Sun. So, next time someone asks you when you’ll get around to mowing the lawn, tell them it’ll be in roughly one Mercurian year.

Long haul flights to the other side of the world can be gruelling, but it’s nothing compared to how long it would take to fly round the Sun. To go on this trip of a lifetime, you’d have to prepare yourself for a journey of 206 days. Let’s hope there are places to stop to refuel along the way.

A day is longer than a year on Venus

This one might sound completely out there, but bear with us. A day is how long it takes a planet to rotate fully, and a year is how long it takes a planet to orbit the Sun. Venus is one of only two planets that rotates clockwise, and it spins much slower than others in the solar system. Some think this is due to it being knocked into a different direction by another planet, or it just gradually slowed to a halt then started turning the other way. It takes 243 Earth days for Venus to do one complete rotation, and 225 Earth days to orbit the Sun. Therefore, a day is longer than a year on Venus.

The first time you may have heard the term ‘dwarf planet’ was when Pluto got demoted to one in 2006 (RIP). However, we actually have six in our Solar System. Pluto, Ceres, Makemake, Haumea, and Eris were the only five that we knew about up until very recently. Ceres is in the asteroid belt between Mars and Jupiter, and became the first dwarf planet to be visited by a spacecraft in 2015. Recently though, a new dwarf planet has been discovered, which is officially called 2015 TG387, but has been given the nickname 'The Goblin'.

The Solar System is ancient. To put it into perspective, if the age of the Solar System were a year, humans would appear on Earth just before the countdown on New Year’s Eve.

The Oort cloud is the Solar System's Terra Australis. It's a theoretical bubble of icy debris predicted by scientists to be the furthest part of our Solar System, but remains tantalisingly undiscovered. If the Earth was 1 centimetre away from the Sun, the Oort cloud would be half a kilometre away. Even so, there are parts of the distant Solar System that we know about, such as the Kuiper Belt.

This article was published in October 2018

It's all good and well knowing facts about space, but how do you get there? Find out here.

So you're in space. What do you need to do to stay fit, healthy, and safe? Click here to find out. 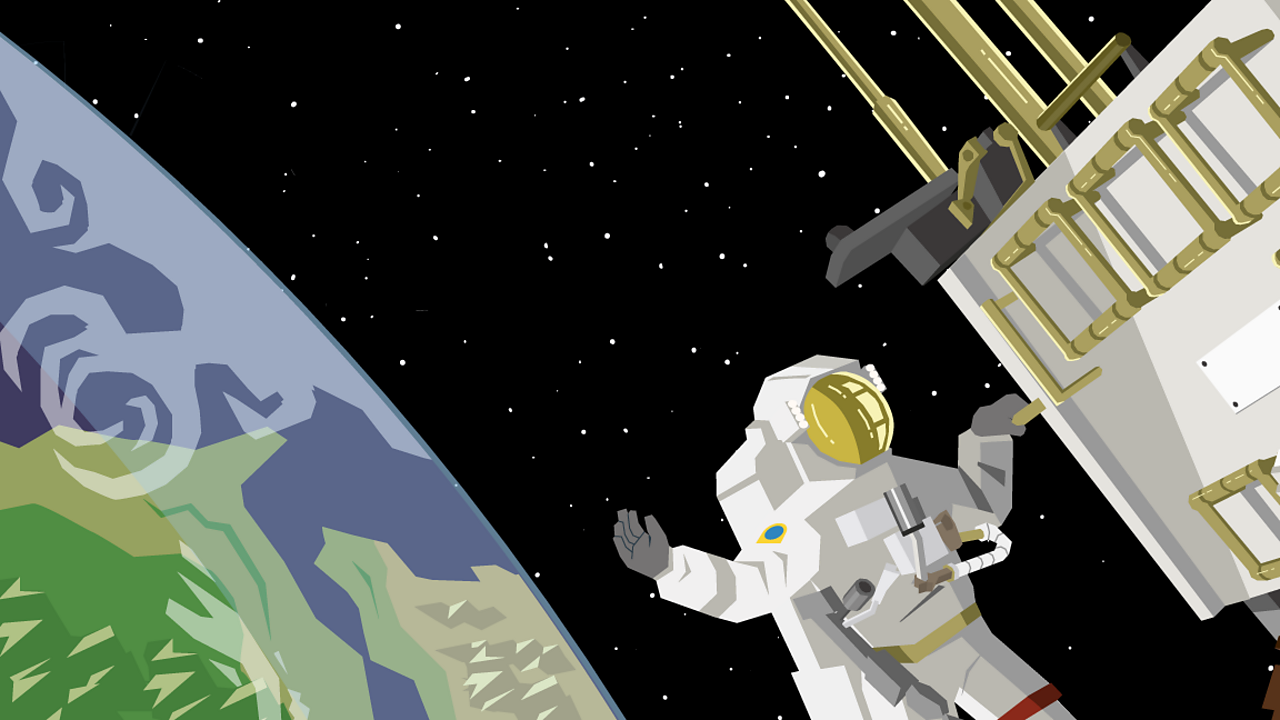 Okay, home time. How do you do it? Find out here.