The Amazon rainforest has been ablaze throughout the summer of 2019. Although forest fires are common this time of year, between January and August 2019 there have been at least 74,000 in Brazil, the highest number since records began in 2013.

And it’s not just happening in Brazil. From Central Africa, to Siberia, to Gran Canaria, the summer of 2019 has seen vast amounts of forest fires. Some are driving communities from their homes and all are sending huge plumes of smoke into the sky.

They’re not all starting in the same way though. In some countries forest fires are started on purpose to clear land for farming, whereas in others, wild fires have taken hold where there’s been intense heat.

Often our trees and rainforests are taken for granted. But they provide carbon storage, ingredients for life-saving medicines and homes to lots of endangered creatures, so their contributions to the planet are vital to its (and our) survival.

But we’re also cutting them down at an alarming rate: according to a study published in the science journal Nature, three trillion trees have been cut down since the start of human civilisation. That’s about half of all trees on the planet.

To see how important forests really are, we spoke to two scientists about what life would be like if all the forests in the world were to disappear.

There will be less regular rainfall, and more flash flooding

Areas around rainforests have very specific climates that are quite humid, with lots of rain. This is largely due to the trees that grow there, as Mark Maslin, Professor of Climatology at University College London, explains:

“Trees, because they transpire, actually put moisture back into the atmosphere, they make the atmosphere much wetter than it would be.

"So for example in the Amazon rainforest most or about half the water in the rain in the middle of the rainforest is recycled water.”

Prof Maslin added: “When a monsoon system comes across from the Atlantic Ocean, it falls on the rainforest, the rainforest absorbs the water, it then transpires that water back into the atmosphere, it moves deeper into the Amazon forest, it then rains again… so it’s a positive feedback to keep an area moist and wet.”

But, the loss of the trees can lead to intense localised weather patterns.

“If you take the trees away, grassland isn’t that good at transpiring and putting moisture into the atmosphere. So you get a much drier atmosphere in that region.

“When the rain does come, it’s short and intense and therefore much more likely to flood an area and cause massive erosion.”

The climate will change dramatically (over time)

A statement signed by scientists that make up the Climate and Land Use Alliance in 2018 stated if we destroy the world’s forests, we will potentially be releasing three trillion tonnes of carbon into the atmosphere. This is more than the remaining reserves of fossil fuels, which scientists in the statement said weigh in at about 2.7 trillion tonnes.

So even if we stopped burning fossil fuels right this second, we could still raise the overall temperature of the planet by over 1.5C if we keep burning the world’s forests.

Scientists at the Intergovernmental Panel on Climate Change (IPCC) say 1.5C is the recommend the global average temperature rise we need to stay below to stop the most devastating effects of climate change.

And by warming the planet, Dr Rebecca Senior, conservation biologist at the University of Sheffield, said we could end up in a “vicious cycle”, as the hotter the planet gets, the more likely forest fires will occur. She said:

“If you’re losing the rainforests by it all setting on fire… then all of that carbon, that it is storing, is going into the atmosphere immediately.

The tonnes of carbon that will be released from trees only happens if they are burned - but even if from now on all the trees are just cut down, we’re still not doing ourselves any favours.

Trees don’t technically breathe, but they do respire, like we do. However, instead of taking in oxygen and releasing CO2, they do it the other way round. They suck carbon from the atmosphere and provide us with oxygen in a process called photosynthesis - this is why President Macron of France described them as “the lungs of the world”.

Also, even just by cutting down trees, the area will get hotter straight away as the shade they provided vanishes.

Dr Senior said: “You’re not getting any canopy shielding from the incoming radiation form the sun. So basically you’re immediately warming everything up.”

The Amazon rainforest (among others) doesn’t just provide life through the air we breathe, but also with the ingredients for life saving medicines. Over the years, plants containing chemicals that can fight cancer and HIV have been found in the depths of the Amazon and are in development in labs as we speak.

The worry then is that if we lose all our forests, we could be losing things that have the potential to cure countless diseases. As Dr Senior puts it: “There’s a whole bunch of potential medicines in the tropics that we don’t know about yet and we could therefore be losing things before we even realise their value.”

According to the World Wildlife Foundation, about 80% of the world’s entire biodiversity (so that’s animals, plants and all other living things) lives in forests. However, there’s a chance that lots of these species will become completely extinct.

As cutting down trees immediately raises the temperature of an area, animals and plants that live there and are used to the cooler temperatures, will move on to avoid the hotter parts. This is known as the ‘edge effect’. This means though that they’ll eventually run out of space, or they won’t be able to deal with traversing over exposed land to get to bigger parts of the forest, and may die out.

“By losing forests… you’re essentially trapping them in this isolated, tiny, and getting smaller patch of forest which is also getting hotter,” Dr Senior said.

And amphibians are likely to be the first and worst affected by this. This is because they partially breathe through their skin and can dry out very easily, which can be fatal for them.

As a lot of the species that live in forests are specific to that area, if their habitat is destroyed then they’ll be wiped out for good. As Dr Senior puts it, we’ll be in a position where “we’ve lost the thing that we can never get back.”

Ecosystems will break down

On top of animals being trapped, the plants and bugs and other living things will have a hard time too. Without the roots from the trees Dr Senior says the structure of the soil will change, which will affect anything that lives in it, and what can grow there.

This will also happen because the organic matter the soil relies upon will all but disappear. There won’t be any leaves falling on to it and decomposing, nor will there be animals defecating and leaving behind any nutrients that may have been in their food. It’s an odd feeling to want animals to be pooing on the floor, but the lands in and around forests rely on it.

The most obvious and seemingly most effective answer is reforestation, which means replanting lots of trees to bring back lost forests and restore habitats.

For example, in the 1990s China started a program of massive reforestation over about a 100 million hectares, as parts of the country were on the way to becoming a huge desert.

The government planted lots of trees, which Prof Maslin said meant issues brought on by deforestation, such as the widespread desert, "suddenly ceased to exist”.

And there is potential for reforestation in the Andes in Colombia as Dr Senior explains:

“It’s in a good location for reforesting because it sits at this elevation that could potentially reconnect the hotter lowlands with the cooler mountains. So then you’re reestablishing this corridor to cooler mountain summits, you get multiple benefits from that - you get carbon storage from having more forests, you get increased habitat, you’re increasing the number of options that species have to cope with climate change, so it’s kind of really a win-win… triple win in fact.”

But it’s also important that all measures are taken to preserve the forests we currently have. A study conducted in early 2019 found if we reforest 900 million hectares of land, which is roughly the size of the US, the trees could store up to 205 billion tonnes of carbon.

But it will take a while for the positive effects of reforestation to take hold. According to Prof Maslin:

"Even if you planted now you wouldn’t get the full effect until 2050.” 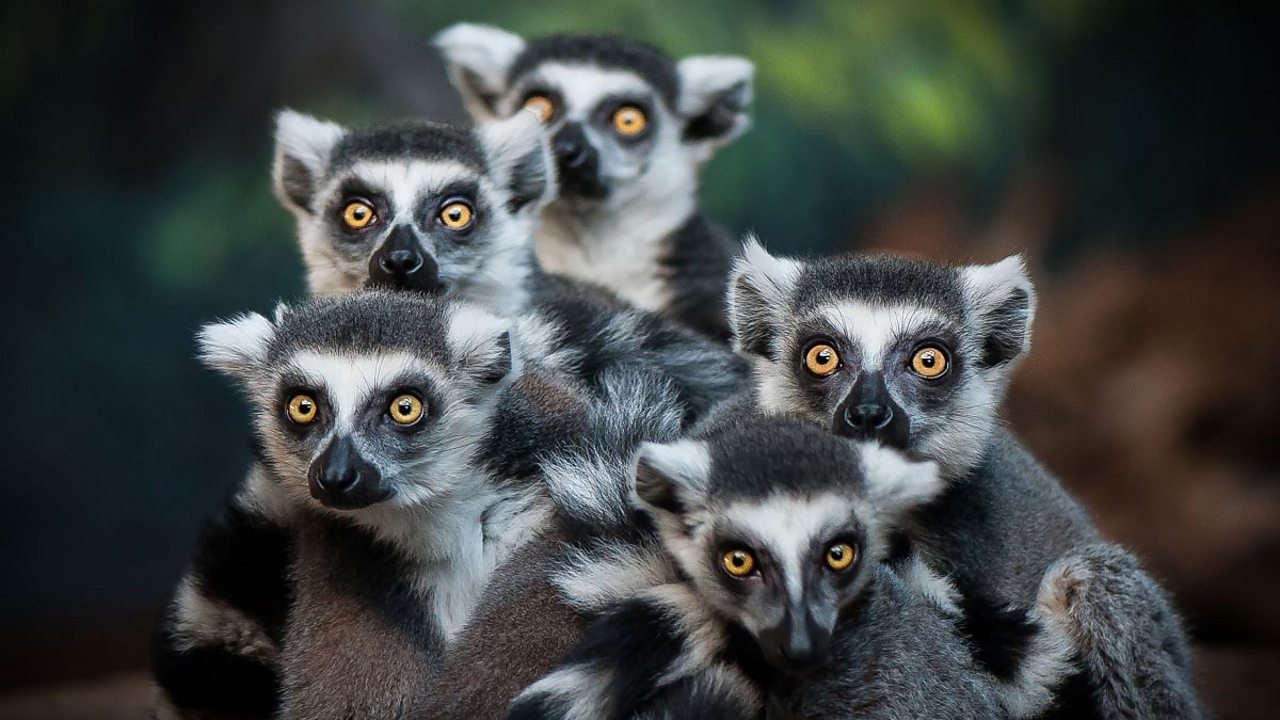 Six animals you didn't know are at risk 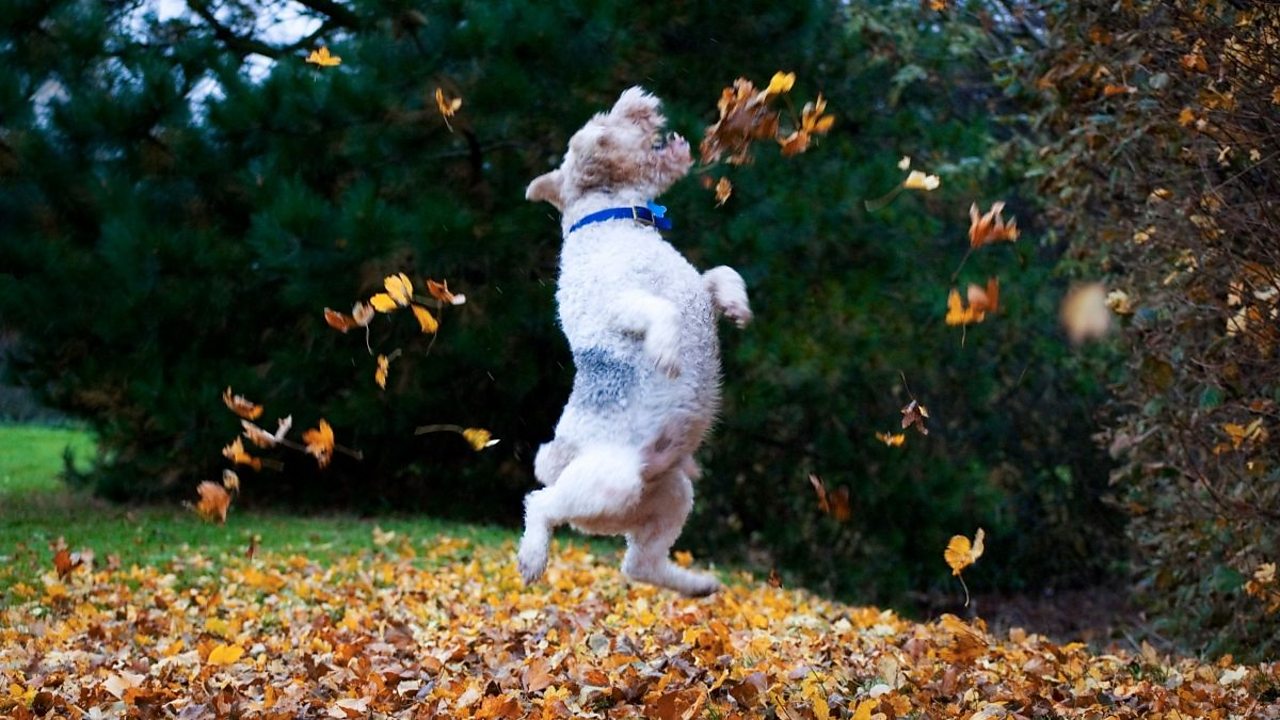 Why do leaves fall off trees?

It happens every year, but do you know why? 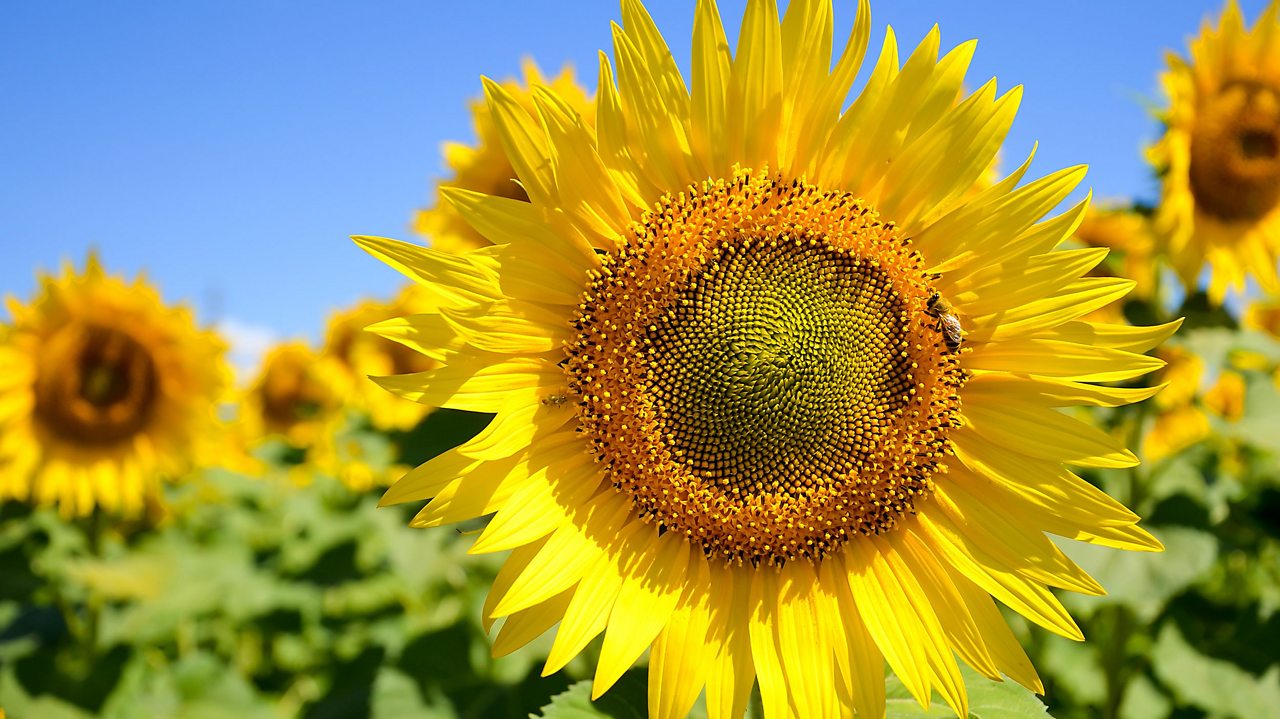 Five flowers that made history

Flowers are used to mark life milestones, but their importance sometimes goes beyond personal stories.