For years he cultivated a dream. To break the world marathon record for piano playing, a feat which would take more than 200 hours to complete. He didn't let that ambition stay a dream, however. He genuinely tried to claim that record for his own.

Come the week of his attempt at musical notoriety, the 24-year-old Stockport man was no slacker. He was going great guns a full 114 hours into his bid - and the fact he was pushed into the back of a removal van, still playing, after the music shop he was in moved to new premises, failed to deter him. His record bid was on and it was going the way of of folk legend.

But why don’t we sing songs of Michael George? Why aren’t his achievements recognised in statues throughout the northern town?

It’s really quite simple. Unfortunately so, in fact. Mr George’s Herculean attempt at the keyboard took place over dates including the 48-hour period of 20 and 21 July, 1969. Days which saw the moment humanity made its virgin imprints on the surface of the moon. Admirable though his efforts were, it was no use trying to get the nation’s gaze fixed on Stockport when the eyes of the entire world were directed distinctly off-planet.

His is just one of many stories happening on planet Earth while the crew of Apollo 11 were making history almost 240,000 miles away. What a day to choose for anyone wishing to replicate their stamp on the future.

The lunar landings were all over the papers in the days before and after Neil Armstrong, Edward ‘Buzz’ Aldrin and Michael Collins’ successful mission but there was one other news item competing with the crew for column inches.

On 18 July, 1969, Mary Jo Kopechne, a secretary and political campaigner who had worked with the administration of Robert Kennedy prior to his 1968 assassination, was in a car driven by her late boss’s brother, Senator Edward Kennedy - considered a potential President of the United States come the 1972 elections - when it went off a bridge and into a river. They had both been attending a party at Chappaquiddick Island near Martha’s Vineyard in Massachusetts.

Miss Kopechne died at the scene but Mr Kennedy freed himself from the wreckage. He did not report the incident until the following day and by the time the Moon landings took place, there was talk of the White House favourite now facing a jail term.

On 25 July 1969, he eventually pleaded guilty to the offence of leaving the scene of an accident and received a two-month suspended sentence.

Edward ‘Ted’ Kennedy never ran for President. He died in 2009, after serving 47 years as US Senator for Massachusetts.

Early calls were being made for the two main broadcasters, BBC and ITV, to set their own schedules and decide their own broadcasting hours, potentially leading to 24-hour television. The Postmaster General, John Stonehouse, favoured the idea although it would have to gain the approval of Parliament. It didn’t, despite the main channels staying on air to cover the Apollo touchdown, with Armstrong’s appearance on the lunar surface happening at 2.56am GMT. In the USA, the time was 10.56pm on 20 July.

Also at home, the reformist, liberal Eton headmaster Anthony Chevenix-Trench, a man keen to end years of corporal punishment and the school’s distinct uniform policy, stood down after six years in charge, owing to ‘health issues’.

In Spain, the slow end to Franco’s dictatorship had begun as he prepared to name Juan Carlos, grandson of the last King of Spain, Alfonso XIII, as his successor - or in this case, heir apparent.

Confirmed on 22 July, Juan Carlos would not become king until Franco’s death in 1975 and although he was expected to continue the methods of Franco’s regime, he opposed and dismantled them instead, setting Spain on a more democratic path.

On the sports field

Eddy Mercx has no need to be bitter about Armstrong and Co overshadowing his big moment. When the Belgian legend, then 24, cruised to his first victory in the Tour de France, his achievement may have been swallowed up in the history of what was happening thousands of miles above everyone else’s heads, but it was no matter. Mercx would win the next three Tours, and another in 1974. He is widely regarded as the greatest competitive cyclist in history, even if his maiden win may not have got as much publicity as the others.

With no league football in July, nor any summer tournaments for the nation to get behind, the sports pages included a report on Britain’s next big athletic hope. The Mighty Atom, aka 25-year-old Birmingham schoolteacher Pat Lowe, who beat world record holder Vera Nikolic of Yugoslavia, into third place at the 800m in a meet at Crystal Palace. Although Pat never made the podium at the Olympic Games, she did take silver at the 1971 European Championships held in the Finnish capital Helsinki.

In the working world

D-Day meant something slightly different in 1969 than it does in the wider context of British history. Back then, the UK was 19 months away from decimalisation, after years of the pound, shilling and pence imperial system. On 15 February, 1971, there would be 100 pence to the pound, not 240 as it was on Moon landing day. Confusingly, come D-Day, there would still be 20 shillings to the pound, although a shilling would now be 5p, rather than 12.

Newspapers ran adverts reminding businesses to have their new decimalisation-ready cash registers in place and on 21 July, more than 200,000 shop assistants were being urged to memorise a ‘simple’ sum to convert from the imperial format to the new.

For example, with a value of 6s 4d (six shillings and fourpence), the first part of the sum involves knocking 1d off to make 6s 3d.

Then lose the letters ‘s’ and ‘d’ and squidge the two remaining numbers together so they look like 63. Divide your squidged figure by two.

That gives you 31-and-a-half, the amount in new pence roughly equivalent to 6s 4d. Simple, eh?

Anyone who could master that conversion should have considered a career in banking. Jobs advertised in that industry at the time promised an ‘ultimate goal’ of a £6k salary while men were encouraged to contemplate a job in nursing with an expected salary of £1.3k. The Post Office was also crying out for counter staff. If you fitted the bill and were based in Central London, the annual salary was £1,039 with the potential to rise to £1,280. There was a caveat. The same job in other parts of the UK was advertised as coming with a salary that was ‘somewhat lower’ - with no actual figures given.

The Apollo mission dominated the TV schedules and BBC Two was able to broadcast reports in colour, the service beginning with the Wimbledon championships in 1967. Both BBC One and Two had remained on the air throughout the night with continuing coverage at regular intervals throughout the day.

Anyone needing a break from the lunar action had plenty of options. Play School was on BBC Two at 11am with an episode called Old Winkle and the Seagulls while storytelling classic Jackanory appeared on BBC One at 4.40pm with The Magic Cauldron. Ninety minutes was reserved for more moon coverage from 6.20pm to 7.50pm, immediately followed by the regular police procedural drama Z-Cars, the first of a two-parter called From Information Received.

But the most bizarre piece of scheduling for this remarkable day in global history happened at precisely 11.17pm on BBC One.

Called Hold Down a Chord, it was a beginners’ course in folk guitar.

If you really had to escape the news from the Moon, the theatre was a good bolthole and the West End of July 1969 had a host of stage and light entertainment stars appearing for their public.

The Mousetrap was in its ’17th inexorable year’ and the most intriguing show of them all on that amazing day had to be the one at the Comedy Theatre. Starring John Alderton and Pauline Collins, who married that year, they appeared alongside the acclaimed actress Beatrix Lehmann in the curiously titled, The Night I Chased the Women With an Eel. But if eels weren’t exactly your thing, Des O’Connor was twice nightly at the Palladium or Bruce Forsyth could be found at the Talk of the the Town.

Whatever was going on on planet Earth, there was no denying the impact the events of 21 July, 1969, would have upon it.

So the weather forecast for London that day was perhaps ironic. Dry, sunny spells, very warm. But the outlook? Little change.

Two hundred and forty thousand miles away, there were three men in their modules inclined to disagree. 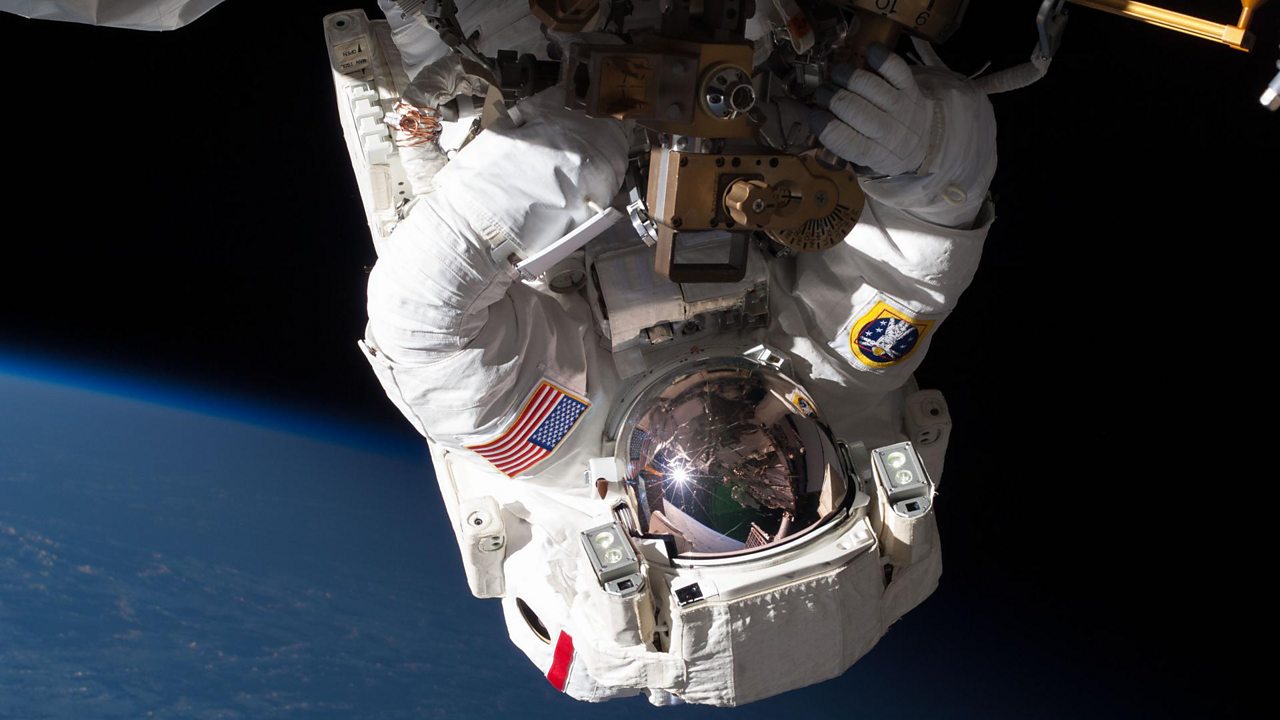 Five things we get wrong about space

Forget everything you thought you knew about space and read this. 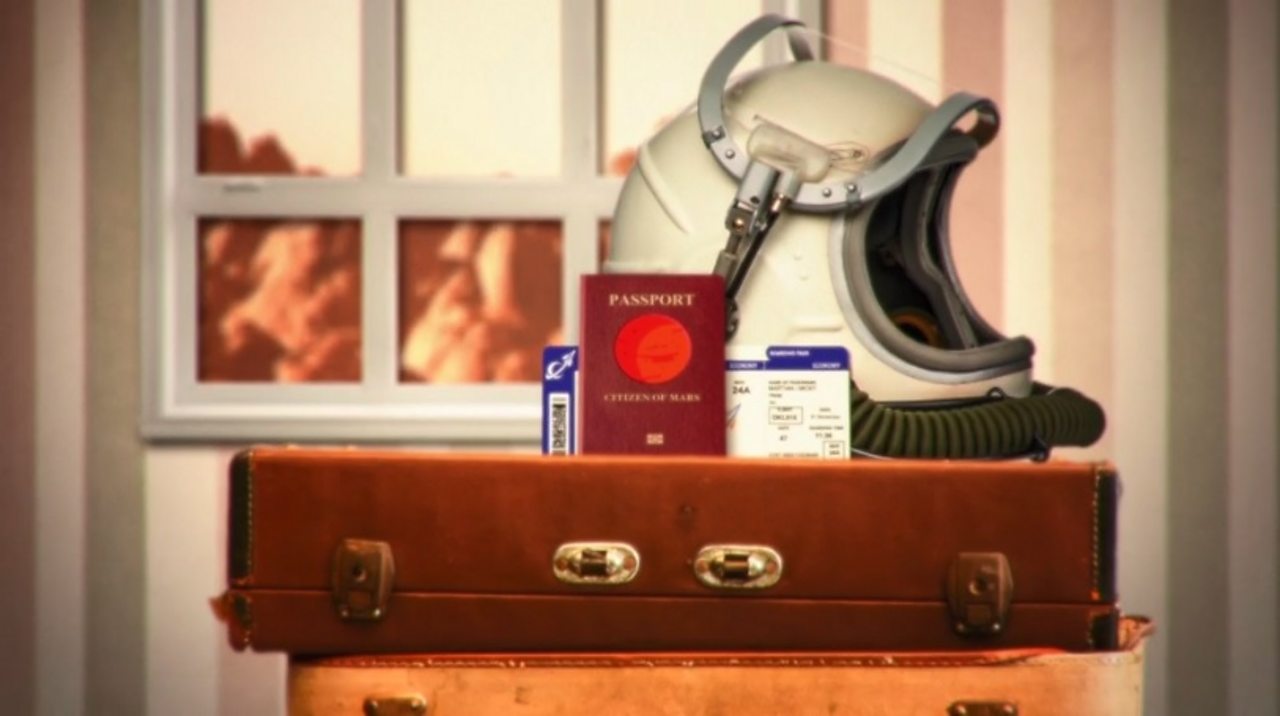 Will a human ever be born on Mars?

Forget aliens in outer space, humans could potentially inhabit other planets in the future. 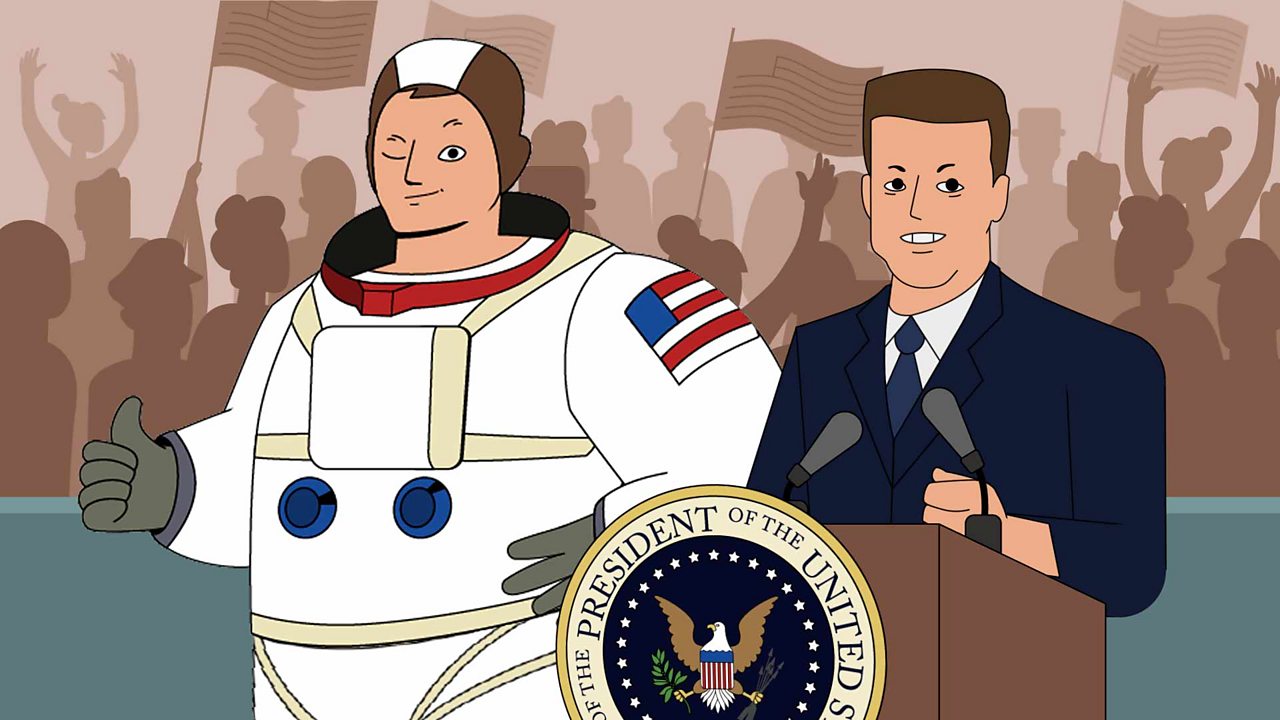 Who was Neil Armstrong?

Learn more about the first man on the moon.