How I ran away with the circus (without performing)

In late April, Cirque du Soleil announced its 47th original production, R.U.N, which has been described as the company's ‘first live action thriller’. For the first time in Cirque history there will be a script - and not an acrobat in sight.

Running away with the circus may seem like a fantasy for those of us who can’t contort our legs behind our ears or swing from a trapeze. But did you know that of all the jobs that make up a circus, only a small number of them involve performance? Backstage, there are many people pulling the ropes of a production - sometimes literally.

Take a look at these stories behind the curtain, up in the rafters and under the stitches of the modern travelling circus.

Nobody could swing, fly or fall (safely) without the work of a rigger. Joe White is a professional rigger and rigging consultant with 30 years of experience, having rigged for the BBC, Cirque du Soleil and many other circus and theatre productions. Joe is responsible for assessing an area’s rigging potential, sometimes having a hand in the design when bringing a new aerial vision to life. “Basically, I dangle people off things,” he laughs. “I’m fairly hands on - I’m there climbing around, tying the knots, putting all the equipment in and bringing it back down again.”

Joe began volunteering in theatres as a teenager - “though of course, I was just tidying up and making tea” - honing his lighting and sound skills in his spare time whilst studying a Geography degree at university.

Eventually he decided that the theatre was where he wanted to be, climbing ropes to install lights.

Joe says the best thing about his job as a rigger is what he gets to string up: “I like to be able to say ‘I’ve dangled someone off the London Eye’. I’ve been able to do wonderful things in wonderful places with wonderful people - slightly by accident, but I steered my way through it.”

But does the circus exist if nobody is there to capture it?

Nick Warner is a travel and documentary photographer who grew up in Great Yarmouth, spending his teenage years hanging around the Hippodrome Circus - the last surviving circus building in Britain.

He studied Photography at A-Level and arrived at university with the intention of being a commercial photographer but followed with an MA in Curation. “I ended up going into writing… I worked in editorial a lot,” he says.

“After about eight months I found I wasn’t dealing well with the 9-to-5.” Nick left his desk job, packing a small film camera and nothing else, and travelled the Pacific North West. “That was the break I needed to look at things sincerely again.”

After landing a few photography gigs, Nick was able to work full-time. Now Nick goes to Monaco every year and photographs high-flyers and hand-balancers from backstage.

Circus interiors are often difficult locations to shoot. The low light and added challenge of moving subjects can require a lot of equipment as well as a quick hand. A magician never reveals his secrets, but Nick’s trick (which he shares, tongue-in-cheek) is: “Black and white really does save all.”

Charlotte Mooney is one of three artistic directors behind Ockham’s Razor, a travelling aerial theatre company. She studied Literature at Sussex University and, after being blown away by a show in Chile, she knew she wanted to join the circus.

While she had a dance background, Charlotte was not the typical image of an acrobat. “I was 23, I hadn’t danced since I was 18… I was not at all fit.” She then trained up with Circomedia in Bristol, but still didn’t have performance in mind: “I thought I’d train so I understood that side of it, but it was always my plan to direct it.”

An artistic director has a range of responsibilities, such as coming up with a concept of a show, casting performers and giving notes as a show progresses. “I’m in charge of the vision of the company,” says Charlotte, “the sort of circus it makes - but it’s different to directing an actual show.”

Charlotte also handles the press and fundraising for Ockham's Razor. She researches funding bodies and trusts to gather resources for a show, such as original music. As for the press side, Charlotte writes up press releases for each production, including flyers, brochures and web promos.

But managing a contemporary travelling show (and keeping it affordable) can be challenging. “The nature of funding - and this is across the arts - means we have just enough money for what we want to do,” says Charlotte, “People are working right up to the minute, which is very exciting… but it means it’s harder to have a long-term vision for a company, just because everyone’s so busy.”

Working behind the seams

Unless the production has a theme, it’s very common for performers to be responsible for their own costume and makeup. Individual acts might commission designers like Fi Bourke, a costume designer from Ireland who specialises in stretch fabrics for dancers, aerialists, and more.

Following a degree from Limerick School of Art and Design, Fi was unsure which direction to take her skills. Whilst she was inspired by dancers in nightclubs and music videos, she hadn’t thought she might end up designing for performers. Then she started making costumes for her friend on the drag scene and her career took off from there, creating designs for world champion pole dancers and aerialists all over the world.

Custom pieces can take up to eight weeks to complete, so getting started long before a performance is necessary. She uses speedy machines designed to work with stretch fabrics, so her customers can move freely in their costumes.

“What’s best about it is also what’s hardest about it… I love when people will come to me with something random and have confidence in me to create - but I am dealing with people all over the world, so sometimes it can be tricky without the person in front of you.”

With a range of performers asking after her designs, Fi has been able to experiment a lot and create truly unique pieces. “I just love being able to create - some friends who are not in the dance world will say, ‘this one, she makes Mad Stuff!’ - they don’t even know what to call it!”

Working out of her studio in Kildare, Fi doesn’t even have to travel to fulfill her role in the circus.

The small seaside-town circus is certainly a dying tradition, but the modern circus continues to be a collaborative art.

Charlotte says it best: “It’s a new art form - the circus is reinventing itself constantly. That’s an incredibly exciting thing to be at the forefront of as the audience is discovering it too.”

The performer community might seem insular, but it takes teams of administrators, organisers, promoters and creative thinkers to keep the big top standing - so running away with the circus might not be as far-fetched as it once seemed. Impress them at La Scala with these handy hints and tips. 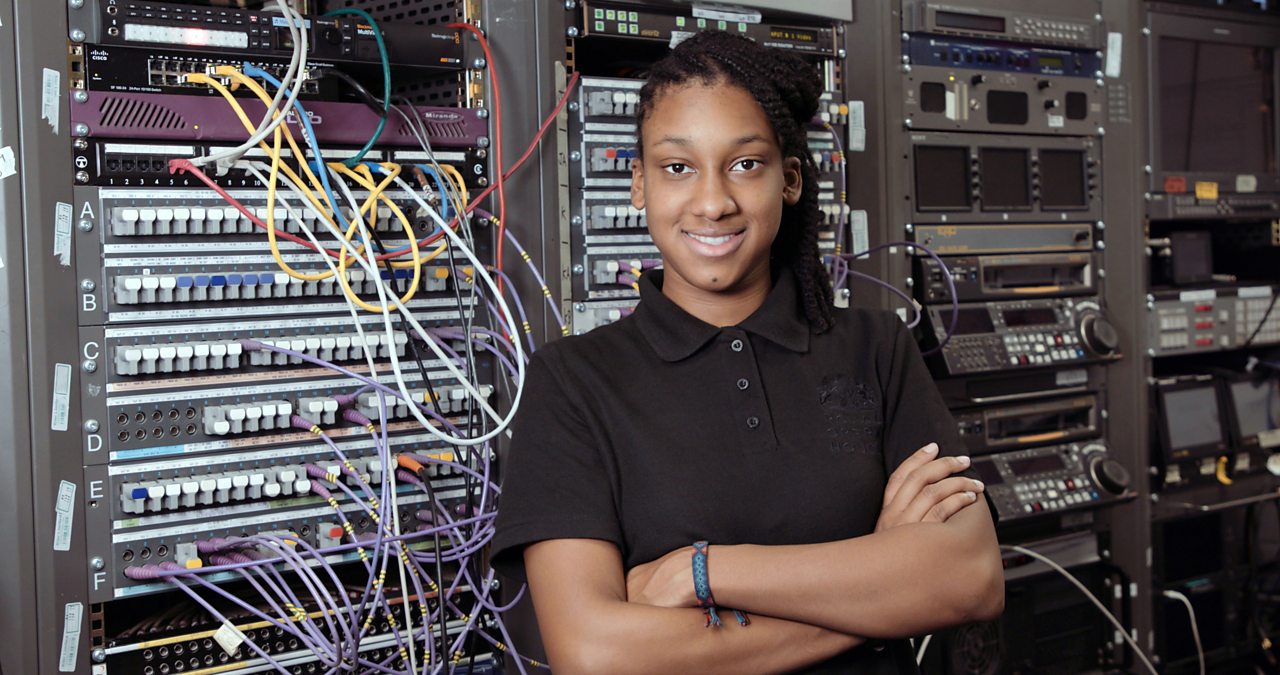 How to become a technical theatre apprentice: Hosanna's story

Meet Hosanna and find out about her apprenticeship at the Royal Opera House. 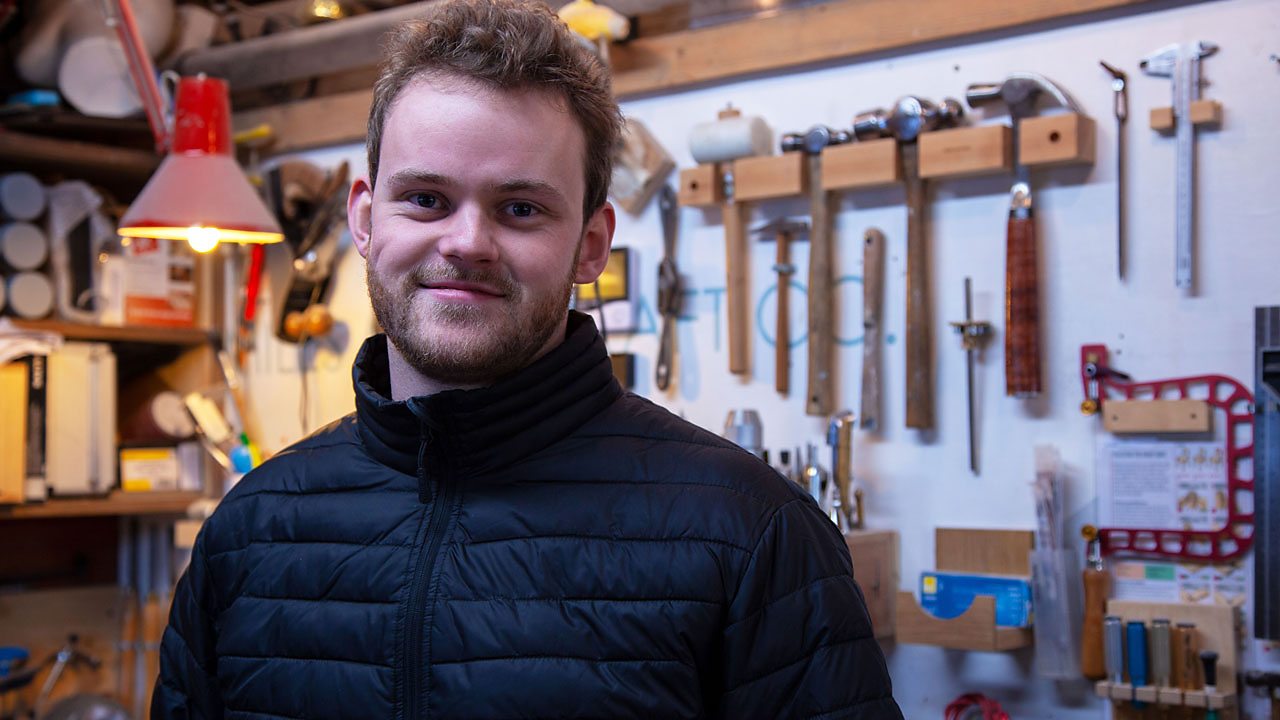 How to become a prop maker: Miles' story

Meet Miles and find out about his role as a prop maker for TV, film and theatre shows.