Mud and motivation: Ethan’s record-breaking ramble for Children in Need

This article was first published in November 2019.

Like many 14-year olds, Ethan’s not the biggest fan of countryside rambles. As an aspiring young surfer, why would he want to tramp miles and miles in the mud when he could be catching a wave?

Yet, on the 5th of October 2019 , Ethan took part in the Countryfile ramble for Children in Need and walked more than six long, muddy miles along The Ridgeway in Wiltshire. This is remarkable for two incredible reasons.

Firstly, it’s the longest Children in Need ramble to date. He set a record!

Secondly, Ethan has Diplegic Cerebral Palsy and six miles is more than double the longest distance that Ethan has ever walked.

With a camera crew in tow and Matt Baker by his side, Ethan set out for what would be the most challenging walk of his lifetime. And we’ll let you in on a secret – he smashed it!

Diplegic Cerebral Palsy is a condition that affects mobility. It means that the brain doesn’t send the correct signals to the leg muscles, which makes walking a real challenge. In Ethan’s case, it looked likely that his disability would eventually make him a wheelchair-user.

When his mum, Leah, heard about a major operation that Ethan could have on his legs and brain to improve his chances, she set to work fundraising the £40,000 needed. With inspiring drive and dedication, she hit her target in just seven months.

Ethan now uses only a frame to get around and is more active than ever. “I always like a challenge,” he says, and he took his latest one for Children in Need seriously, walking five kilometres every week in the lead-up to the big event. “I was worried that I wouldn’t complete it,” he says, “but I really wanted to.” It seems that determination runs in the family.

After his big operation, Ethan and his mum discovered Surfability UK – a project based in Wales and funded by Children in Need. Surfability UK provide adapted surfing lessons and experiences for people with disabilities. Ethan tried a taster session and took to it straight away: “I don’t feel different when I’m in the water,” he says.

Surfing has developed into much more than a hobby for Ethan. He’s one of just a handful of junior members of the Welsh Adaptive Surf Team. He’s only been surfing for two years but is already winning medals, travelling the world and he recently qualified for the finals of the Welsh Championships. None of this would have been possible without Children in Need.

“I wanted to give back to the people who helped me with my career,” says Ethan. His choice of words – career not hobby – clearly demonstrates just how much surfing means to him and the purpose it has given him.

“Surfability changed our lives,” agrees Leah. “It’s allowed us to travel and meet the most amazing people. Before the operation, we couldn’t have pictured that life would be like this.”

“My grips kept ripping off the skin on my hands”

It had been raining heavily for three days before Ethan’s Countryfile ramble and the ground was, in Ethan’s words, “muddy and slodgy.” This meant that the wheels of his frame frequently got stuck behind rocks, sunk in the mud and tangled in the long grass. “I just had to push through it,” he says, showcasing his grit and determination.

At one point, Ethan was forced to stop as his wheels were so clogged up with mud. Matt helped to clean them using a brush and water from muddy puddle. The sight of a famous TV presenter sweeping Ethan’s wheels whilst treating them to a rendition of ‘Car Wash’ is a memory that Ethan and his mum won’t forget quickly!

Because of the uneven ground and steep inclines, Ethan found that he needed to hang on to his frame much harder than usual for balance, which quickly took its toll on his hands. They were “really sore,” he says, “I was trying to hold tight on my grips and they kept ripping off the skin on my hands.” Even with gloves, the journey was torturous.

The hardest moment, however, came around mile four. Ethan was clearly struggling – in the episode he is out of breath and looks visibly drained – when Matt says, “We can get a vehicle in here right now, if you want?” Despite his exhaustion, Ethan doesn’t give in.

“We’d been walking for a few hours at this point,” says Leah. “We’d been through all the weathers and all the emotions. You could see it in his face he was exhausted, but he soldiered on and put his head down.”

“They asked me every mile if I wanted to get the car and I just said ‘No’,” says Ethan when asked about this moment. “I wanted to do this individually and independently – on my feet, not in a car.”

"My disability doesn’t stop me from being normal"

When asked about his ambitions for the future, Ethan lights up. “I want to be surfing at Olympic level – that would be my goal.” He’s aiming high and isn’t afraid to share it.

Surfing will feature for the first time in the 2020 Olympics, but adaptive surfing has not yet been announced for the Paralympics. Ethan and the rest of the adaptive surfing community have their fingers crossed and their hopes set high for 2028 when it will be considered.

And this sense of empowerment is something that he wants to pass on to all young people:

Just go out. Do something. Try something different. Don’t get stuck in the house.

Whether that’s doing your own charity hike or taking up a new sport, if we can learn anything from Ethan, it’s that nothing is impossible if you try hard enough… and have Matt Baker cleaning your wheels, of course! 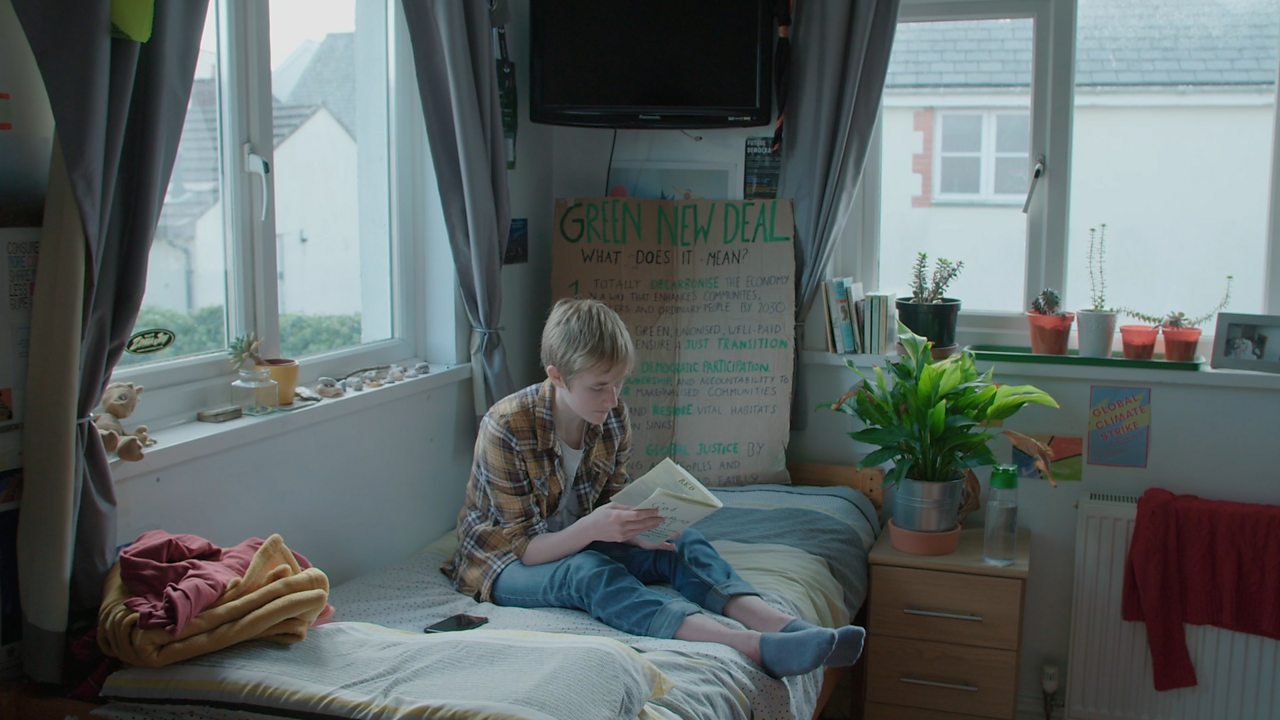 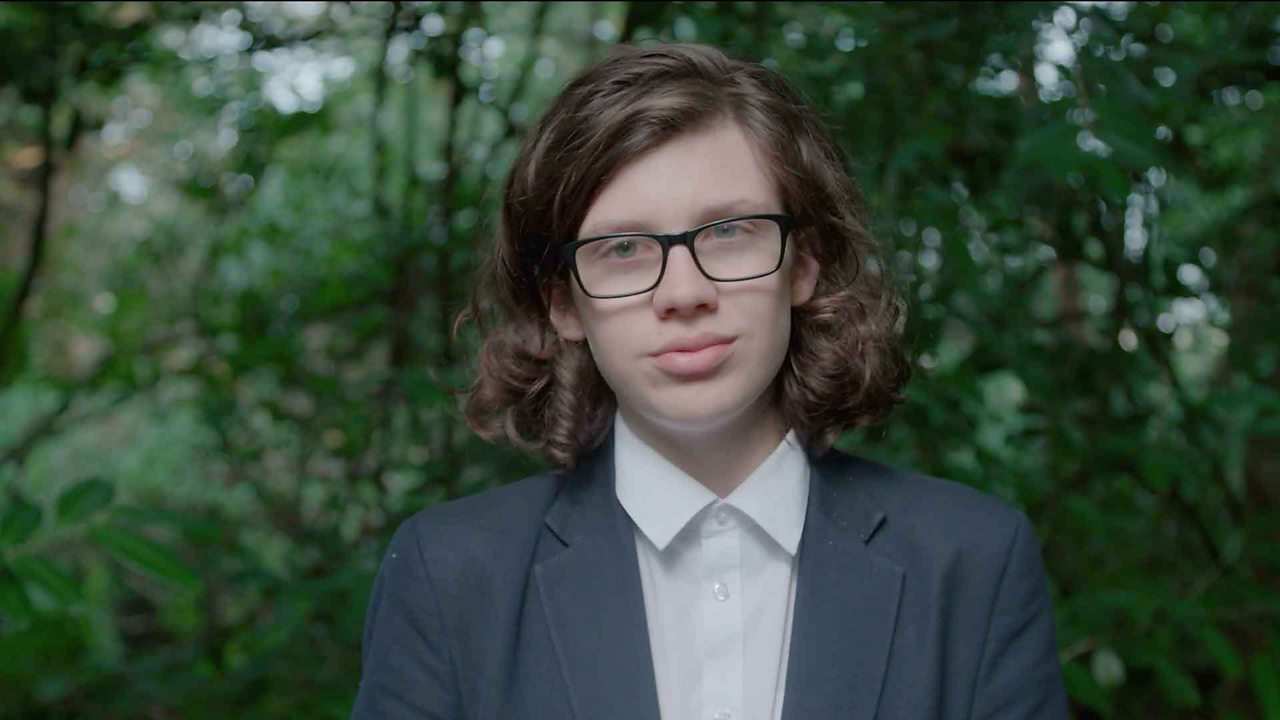 Dara is autistic and says writing a social action blog has helped him gain confidence – and a job. 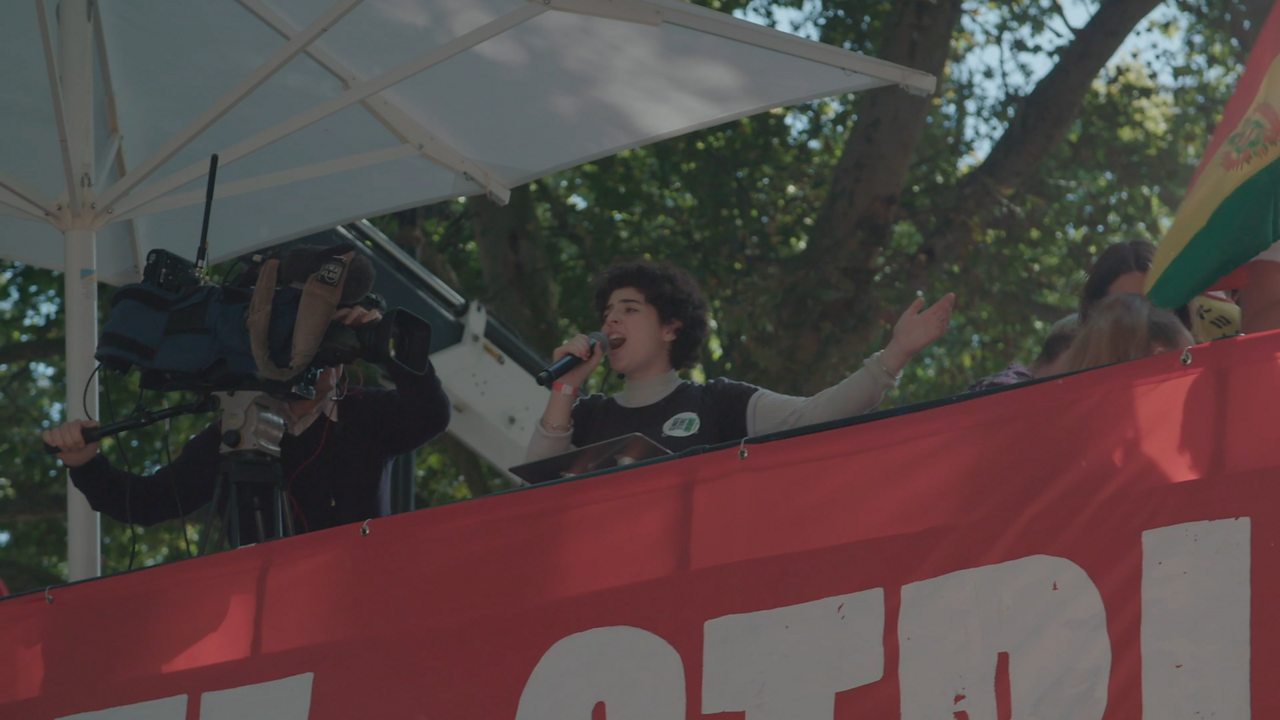 Noga is in search of climate justice and she won't stop until the younger generations, and the planet, get it.