The world was watching and I was there: Eyewitnessing British history

History isn’t just about what’s in the textbooks. Sometimes we live it too.

Whether as an eyewitness or a participant, some people are able to point to huge moments in our social history and say: "I was there."

We spoke to four people directly involved in three of the biggest events to happen in Britain in the past 70 years: The London 2012 Olympic opening ceremony; Live Aid in 1985; and the 1953 Coronation.

Tokyo is the host of the delayed 2020 Olympic Games - but for many sports fans in the UK, London's stint as one of the more recent host cities still gives us cause to smile fondly. Especially when remembering the opening ceremony masterminded by film director Danny Boyle.

TV researcher Rachael McCaul was looking for ways to get involved with the Games when she spotted an email requesting performers for the 27 July opening ceremony. After letting the organisers know she could sing and play the guitar, auditions followed before she got a place as a Marc Bolan-styled dancer in a segment dedicated to British music of the 1960s and ‘70s.

It involved a complete retro makeover for Rachael, with an emphasis on curly hair along with other period gear: “I had a green sparkly jacket and black shiny flares with big black platforms and then a yellow sparkly t-shirt. I still have it, I got to keep it.”

The near four-hour celebration of what makes the United Kingdom tick was designed to give the Games an impressive start. Rehearsals took place in complete secrecy, although Rachael admits sneaking a look at the industrial segment where massive chimneys rose from the stadium floor. Watching the spectacle brought her to tears and "a part of me slightly wished I was in that section!"

On the night itself, she remembered: “There was such an atmosphere. It was a weird mix, you’re conscious of doing everything you’ve learned up until that moment right, but then at the same time you’re surrounded by this stadium of people who are just buzzing to be there and it was electrifying.

“Once we did our performance we had to leave the stadium in our costumes. We then went back to the Stratford centre and were watching the Olympics on TV - where we’d just been.”

She added: “If they ever did a reunion, I’d be there in a heartbeat.”

July 2020 marks 35 years since Live Aid raised money to help all those affected by a devastating famine in Ethiopia. The fundraising concerts, the biggest global broadcast the world had seen by that point, came in the summer following Band Aid's festive charity hit Do They Know It's Christmas? The single raised £8m for famine aid alone.

BBC Radio presenter Janice Long was the only female presenter at Wembley Stadium in London on 13 July 1985, when the unforgettable concert raised even more millions alongside its sister show in Philadelphia, USA.

When the arena doors opened, Janice watched from the stage as the stadium bowl filled with excited spectators. She was told later that you could ‘hear a pin drop’ around the streets as everyone was indoors watching the coverage.

As presenter, Janice faced a potentially nervy moment at the very start: “I was standing there and someone said, ‘if it doesn’t work with Status Quo the first act on, if the sound doesn’t go on, you go on and cover.’ I thought, what am I going to do? I’m not a comedian!”

As she watched from the wings, alongside Spandau Ballet’s Tony Hadley, the opening notes of the Quo’s Rockin’ All Over the World rang out. The break in tension was enough to make Janice and Tony burst into tears and hug each other.

She also said: “I do remember Freddie Mercury walking in in a really spectacular way, arms out, and made an entrance… When I went to see the film Bohemian Rhapsody, that scene from Live Aid reminded me of the day so much, they did it really well. I was saying, I was there, this brings it all back!

“You could hear the amounts that were coming in and how benevolent people were being. I feel incredibly lucky to have been involved. I was the only woman presenting. That’s the way it was then.”

1953: The Coronation of Queen Elizabeth II

David Brown & Ivor Williams - the choirboy and the soldier

With Netflix drama The Crown drawing huge interest in the early years of the Queen's reign, interest in Her Majesty's earlier years has perhaps never been higher. Her reign began on a rainy day more than 65 years ago as huge excitement and anticipation surrounded Westminster Abbey in central London. The date was 2 June 1953. To be directly involved in that day's proceedings was an honour - and a thrill.

Thirteen-year-old David Brown of the Abbey’s choir school was head chorister at the ceremony, with a glorious view from the back of the venue: “As the Queen walked through, she would have been no more than 50 feet from me,” he remembered.

Meanwhile, Ivor Williams of the Welsh Guards was part of the parade which escorted the Queen’s carriage before and after the Coronation. Now in his late 80s, he still remembers it vividly: “The crowds were continuous, cheering. I think the people in those days thought it was a new beginning.”

Coronation Day was an early start for both. Ivor was based at Earls Court and had to be ready to join the royal escort. The Abbey choir were up at 6am to be in the Abbey at 8.30am for the 11.30am ceremony. To keep hunger at bay, they had sandwiches wrapped in greaseproof paper and barley sugars to stop any dry throats. It was a long wait, but worth it for David: “We knew the Queen was coming. Then we heard this strange noise, it was a lady with a vaccuum cleaner giving the carpet one last clean before the Queen walked in."

Ivor and his fellow Welsh Guards then paraded with the newly crowned Queen through the capital.

He said: “In front of us were hundreds of horses. When we got back to Earls Court, we were covered up to our knees in manure. Our uniforms were rushed to the dry cleaners because the following day we were at the Royal Tournament [the military pageant which ran annually at Earls Court until 1999].”

And despite David’s young age, the gravity of the ceremony wasn’t lost on him: “The Queen was walking to the west door as the national anthem was being sung. This was a young woman of 26 and she now had all that responsibility. Even as a 13 year old, I thought, ‘what must she be thinking?’” 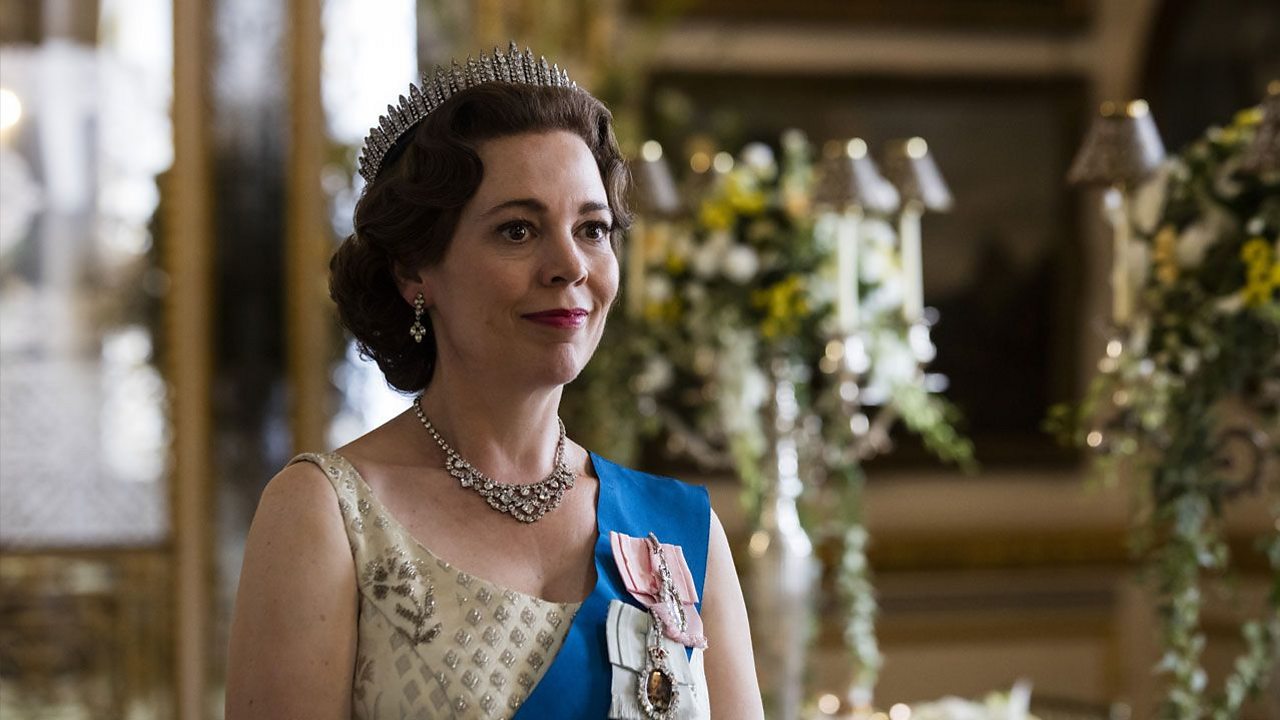 Quiz: Can you crown these screen queens?

Test yourself on these queens and the actors who have played them on-screen. 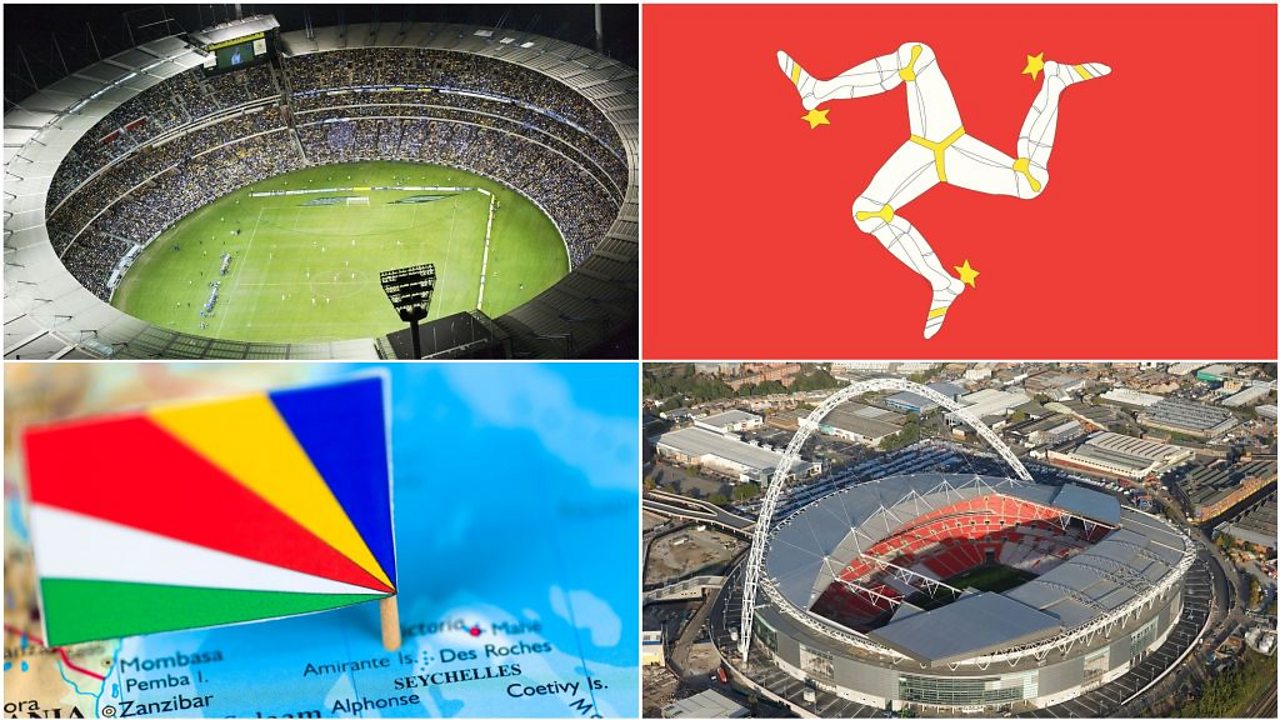 Could everyone in the Isle of Man get a seat in Wembley Stadium? 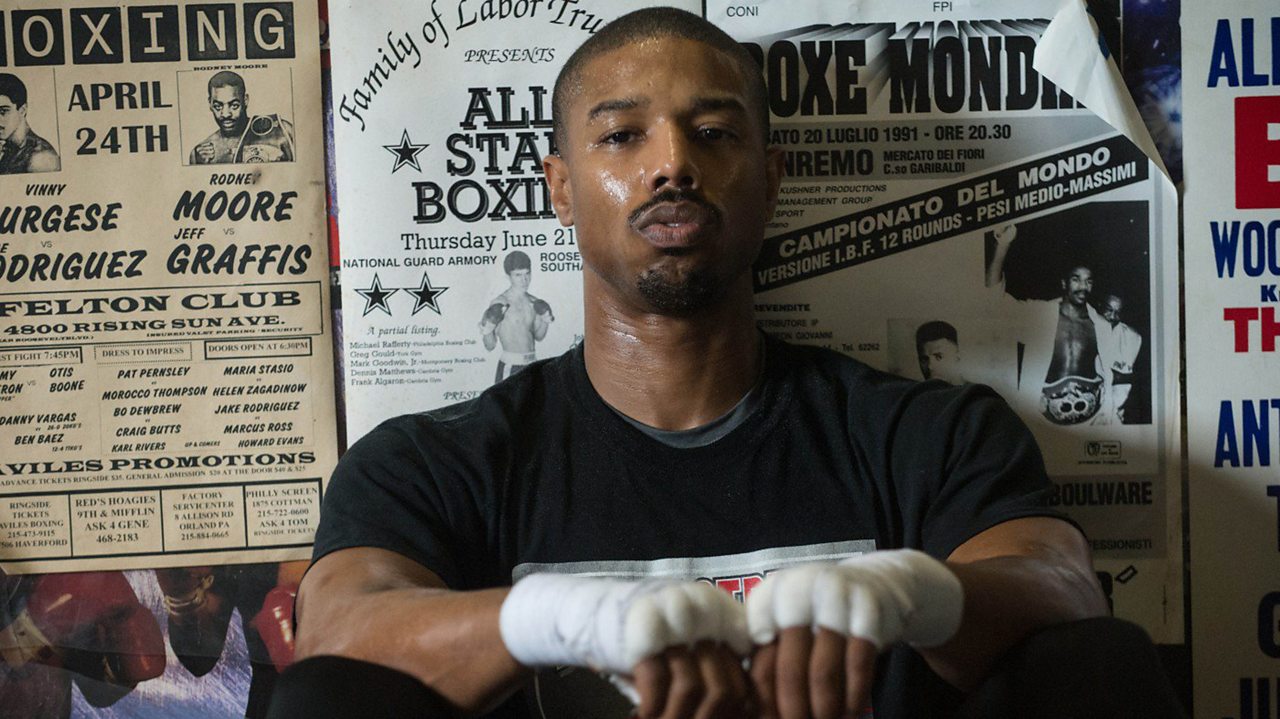 Films about sport like Creed and Cool Runnings are very entertaining, but not always accurate.