On 3 November 2020, American voters will go to the polls to choose the next president of the United States.

But – whether Donald Trump gets four more years in charge, or if Joe Biden becomes the 46th president, it’s not as simple as whoever gets the most votes wins.

BBC Bitesize takes a look at just how US presidential elections work.

By the time a winner is declared, campaigns will typically have already been running for several years – with the race to be selected as a presidential candidate often much longer than the election run itself.

Unlike in British politics, parties in the US do not have a permanent figurehead, so every four years, potential candidates throw their hat into the ring.

Joe Biden announced his 2020 run to seek the Democratic nod for the election back in April 2019, overcoming 28 major contenders to ultimately earn the candidacy.

John Delaney and Andrew Yang actually put their names forward in 2017 – three years before the election was even due to take place.

Those vying for the candidacy take part in a primary – an election held state-by-state to determine who will run for president later that year.

Some primaries are restricted to registered members of political parties – meaning only voters who support that party can choose from the nominees – while others are open, allowing undecided or even opposition voters to have their say.

A handful of states use a different system, called caucuses. Instead of a traditional election where you might place a cross against your choice’s names, caucuses are more like a mini-conference. Voters attend a venue and split into groups for each candidate and then listen to presentations, talks and even supporters of other candidates in order to decide who they want to back.

Officials take head counts of the groups and the process only ends when one of the candidates earns a certain percentage – meaning if there are a lot of candidates, it can be a long night with a lot of group swapping until a winner reaches the threshold.

Officially it’s the same process for sitting presidents – but no incumbent has ever lost a primary challenge.

In 2020, Donald Trump faced rival candidates for the Republican nomination, but was overwhelmingly reselected by his party.

There have been four incumbent presidents who haven’t received their party’s nomination for re-election in the pre-primary era. All four were 19th Century vice presidents who ascended to the White House following the death of the president mid-term.

Although the election itself is always held on the first Tuesday after 1 November, it is possible for many Americans to cast their votes early.

Most states allow votes to be cast in-person in advance of the election during a period known as ‘early voting’. Others can apply for a postal vote and make their choice in advance of November as well.

Postal votes will see a huge increase in 2020 as a result of the ongoing Covid-19 pandemic. Research conducted for The New York Times forecast that around 80 million votes will be cast by mail – almost double the amount of four years earlier.

When voters fill out their ballot forms or voting slips, much like the primaries, they are technically not actually voting for their choice of president and vice-president – but for state electors.

That’s because the US election system doesn’t run on total number of votes (known as the popular vote) but via a process known as the electoral college.

The electoral college system effectively creates 51 mini elections – one for each of the 50 US states and another for the nation’s capital, Washington DC.

In 48 of the states and DC, the candidate that receives the most votes in the election gets that state’s allocation of electors.

The bigger states, like California, Texas and Florida have large numbers of electors (55, 38 and 29 respectively) while smaller states like Wyoming, Delaware and Alaska get just three.

In Maine and Nebraska, who have four and five electors each, they give their first two electors to the overall statewide winner and then split the remaining ones based on results in districts within the region.

There are a total of 538 electors across the country and a candidate needs an absolute majority of 270 or more to become president.

State electors cast their votes in mid-December, where the president and vice-president are officially confirmed. There have been several occasions where an elector goes against the will of the people – these electors are known as faithless electors.

Several states have laws in place to prevent this from happening – in 2016, two faithless electors defected from Trump with five doing so for Clinton.

The reason faithless electors often chose to go against the vote is because they do not support the winner in their state - by giving their vote to a different candidate, they are attempting to ensure no one has an overall majority so that the election result is unclear.

What if there's no winner?

If no candidate has the required 270 electoral college votes, then a contingent election takes place. This means the House of Representatives, the lower chamber of the Unites States Congress, votes for the president.

Representatives are given one vote per state – meaning if a state has multiple representatives, they need to vote together. They can choose from the three candidates who received the most electoral votes – an absolute majority of 26 is required to become president.

The upper chamber of congress, the Senate, votes for the vice-president, with only the top two candidates at the election eligible. Each individual senator is given one vote and again, an absolute majority of 51 is required. This process means there is a slim chance that a vice-president could be selected from a different party to that of the newly chosen president.

While a contingent election has had to be held three times – most famously to determine whether Thomas Jefferson or Aaron Burr became president before Alexander Hamilton’s intervention – it hasn’t happened for almost 200 years.

Whoever is successful in the polls in November 2020, or less likely the Senate a month later – the new, or returning president and vice-president will be inaugurated for a four-year term on 20 January 2021.

Were Donald Trump to win, it would start his second term as president and as per the US constitution – his last. No president can serve more than two full terms. In the event a vice-president takes on the role mid-term, they can technically seek a third spell – provided the total amount of time they act as president is no more than 10 years. 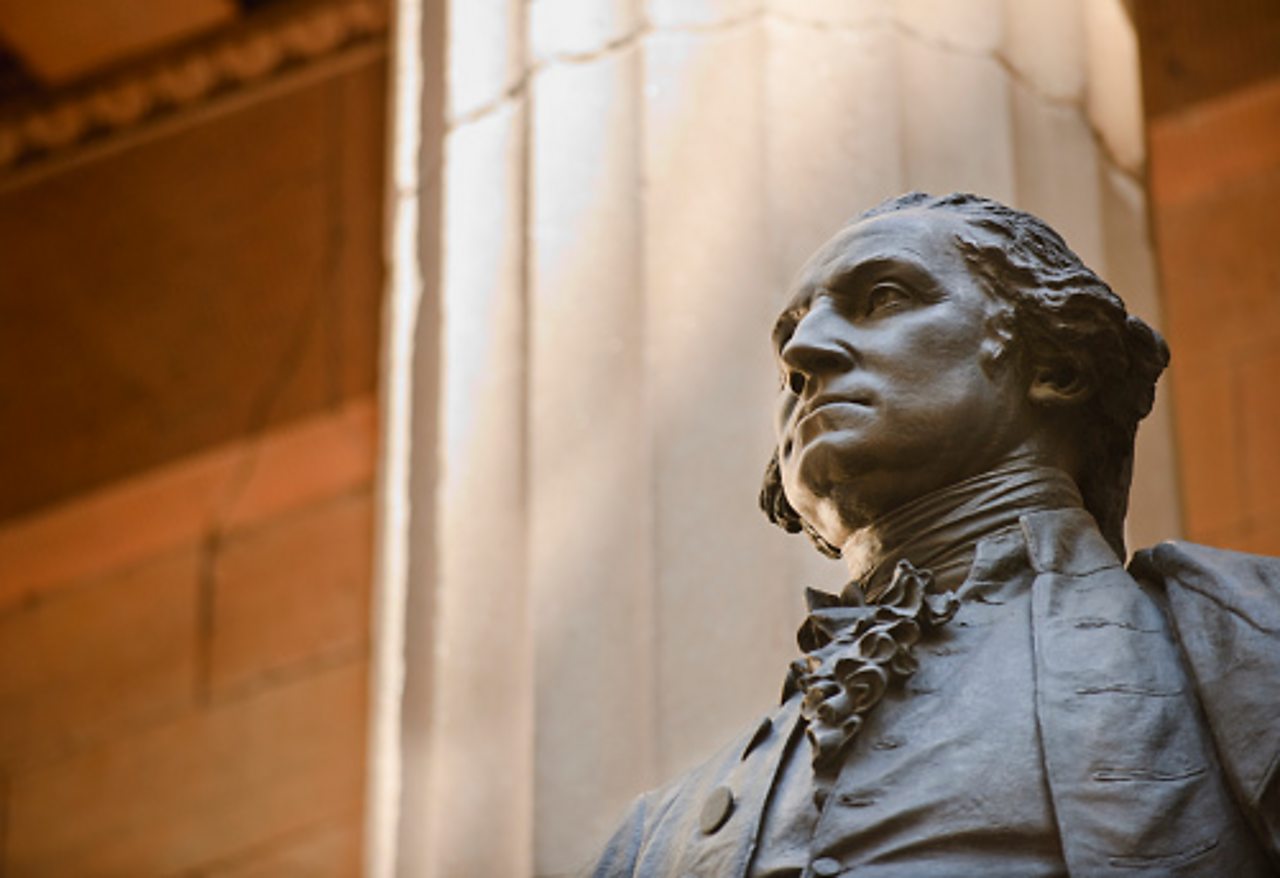 Five strange things that happened in past US elections

As Americans prepare to go to the polls on 3 November 2020, we look back at some of the most interesting stories in election history 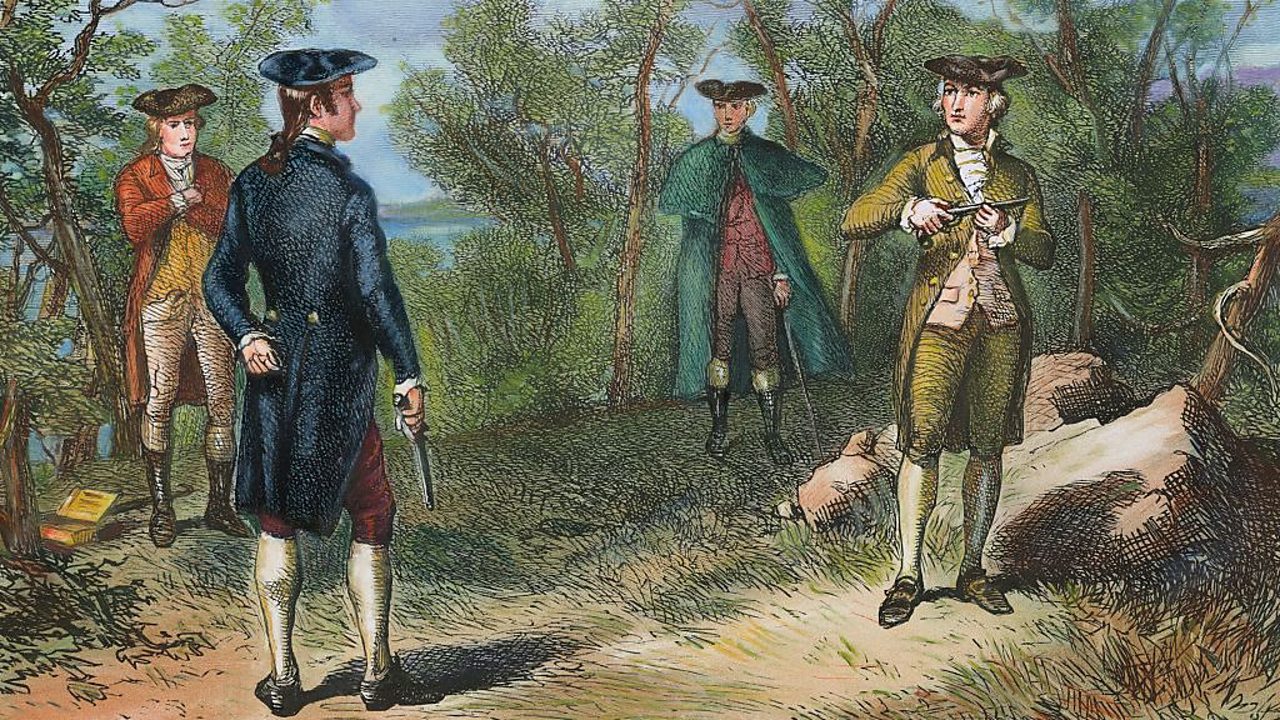 Digging into the history behind Hamilton

Slavery, the 1800 election and Angelica Schuyler. 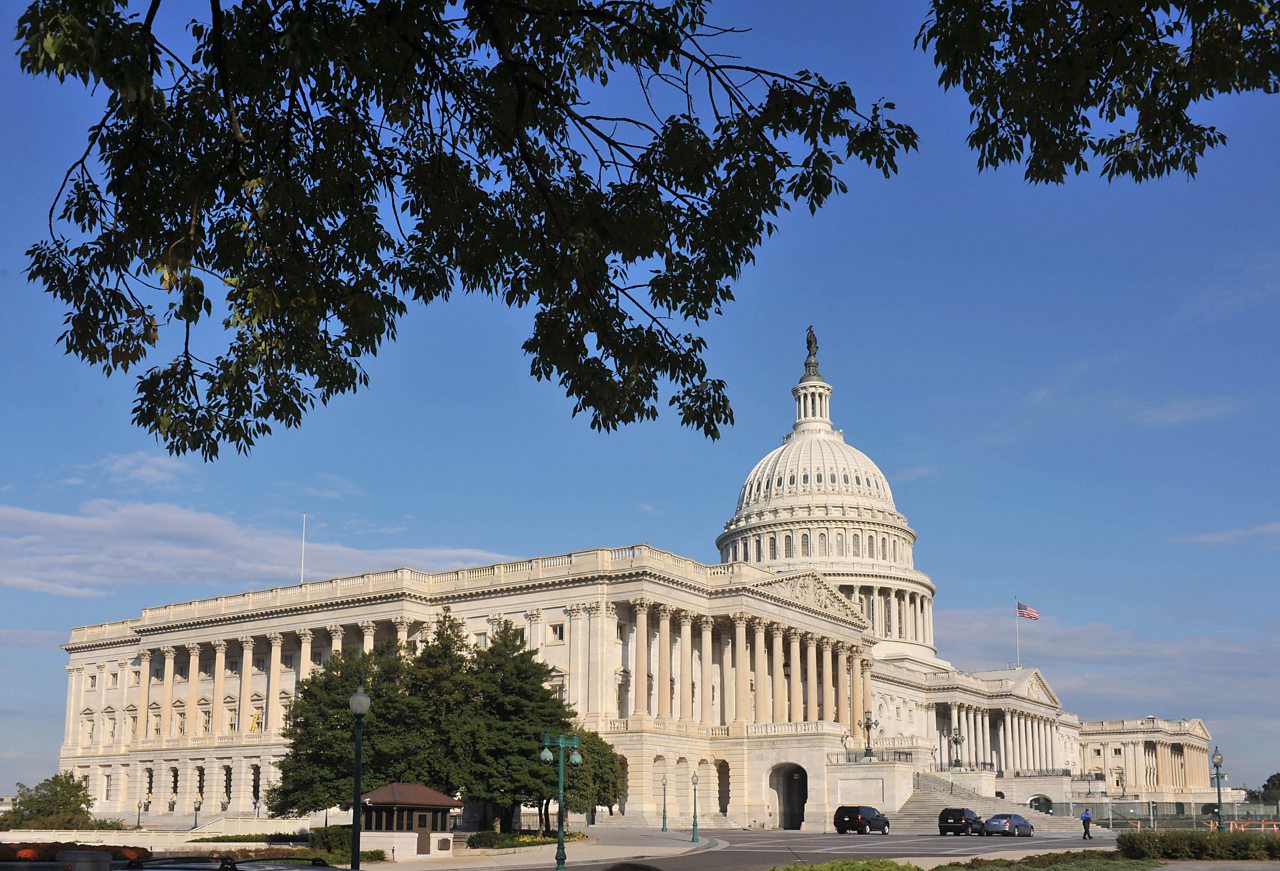 How does the US political system work?

It's not just the president who'll be decided in November's US election - how does the rest of the American government work?