There’s hundreds, if not thousands of new people you can meet at university. Some of them will be incredible and with them you’ll make memories that will last a lifetime.

However not everyone can be your cup of tea. University life isn’t all raucous nights out and slumber parties in your new digs - at some point, you’re probably going to fall out with someone you don’t like.

And it’s important to remember that this is completely normal. Conflict can crop up at any point in your life, but when you’re thrown into something as unfamiliar and chaotic as uni, the chances of running into arguments can be even higher.

Dr Samuel Fairlamb, a psychology teaching fellow at Royal Holloway University who specialises in self-worth and prejudice, explained to BBC Bitesize that university is an uncertain time. He said this can make us more prone to digging our heels in when something (or someone) unfamiliar to us makes us feel frustrated:

“Uncertainty is something that as psychologists we know is very aversive to humans. We throughout life try and find certainty, and it's one of the reasons why we hold our beliefs to a very high sense of conviction.

“We don't like to be told that the world works a different way and we believe with almost certainty that it works the way that we think it works.”

In other words, if someone crosses your path at university that tells you you’re wrong, it’s likely going to end in a barney, as you’re probably not going to agree with them.

We asked Dr Fairlamb how conflict might arise with different people you might come across at university, and how it could potentially be resolved, or prevented.

As a fresher, you don’t really have a choice who you live with. You’re popped into some halls with a bunch of strangers and suddenly you have to share a bathroom, kitchen and living space with them. They’ll have grown up in different places, and potentially have different ways of living. For example, one might be really messy, where you might be extremely tidy and organised. These differences have the potential to rub people up the wrong way. Dr Fairlamb said:

“Everyone’s not necessarily always going to see eye-to-eye and that can cause a lot of conflict, and especially in an uncertain time which obviously coming to university is.”

Uncertainty leads to stress, and stress leads to not exactly having the most level head, he explained. To resolve it, Dr Fairlamb said new students should try to “embrace a sense of tolerance”.

“If you can try and behave tolerantly yourself, then it’s likely that people will also try and be tolerant with you.”

He suggests finding common ground with the people you live with, instead of constantly looking for the things that make you different.

Don’t like the fact they take forever to do the dishes? Try to concentrate on the fact that you both love the same movies. If you establish bonds with people, chances are they’ll be more amenable to you suggesting that they clean up after themselves. As Dr Fairlamb explains:

“Nobody likes to be told what to do but suddenly if you can start to find ways to get along find some common ground and build some level of bond, then suddenly people don’t mind being told what to do so much.”

The ‘lazy’ person on your group project

We’ve all been there. You spend hours contributing to a group project, only to have the one person who did the least get the most credit for the work. And this isn’t unique to university - as Dr Fairlamb says: “It’s part and parcel of life unfortunately.”

However, he adds we shouldn’t just assume that the person not pulling their weight is doing it on purpose.

“Don’t inherently stereotype that as a lazy attitude,” he said.

While it’s normal to feel frustrated if you think they’re getting credit dishonestly, Dr Fairlamb says a good course of action would be to create terms and conditions that everyone agrees to stick to, so in theory, everyone’s happy.

“Come up with a set of common goals and a set of agreements of what shall be done and who will do what. That can often be a good strategy to try and get people to engage with the kind of work that you want them to do.”

If they break the contract you’ve created, he still thinks it’s important to put yourself in their shoes. He suggests instead of immediately having a go, you can “try to be considerate and frame your disappointment and frustration in an appropriate and constructive manner”.

For example, explain why it’s making things difficult for you and everyone else in the group, instead of just shouting at them: “Simply criticising people for the sake of criticising them doesn’t really do any good,” he said.

When you’re sitting in a lecture theatre full of hundreds of other students, it’s everyone’s worst nightmare to be called on to answer a question. The nightmare gets worse if you get it wrong, and the worst possible case scenario is if you’re then made to feel bad about it by a tutor.

These kinds of situations are rare says Dr Fairlamb, but when it does happen, he thinks it’s more often than not something of a misunderstanding. Our degrees are very important to us, and any indication that we’re not doing as well as we think we should be is hard to take. He said:

“Particularly for certain students their success and their degree can often be very important to their sense of self-worth and, for example, when somebody tells you you're wrong, or don't do very well on your grades and so forth, that can be quite damaging to our self-esteem.”

When our self esteem is damaged, it’s natural for us to want to repair it, Dr Fairlamb says, but not always in the most constructive manner. Often, we’ll take it out on the person who’s damaged it in the first place, and so start to “see teachers more as enemies than the allies that they genuinely are… more as obstacles for good grades rather than the useful resources they can be”.

Instead, he says we should try to talk it through with the tutor or professor in question and explain why it upset us. Failing that, there are always places at the university or the students’ union where you can go to make an official complaint.

A rowdy person on a night out

As we all know, after a drink or two, people don’t tend to keep their emotions under wraps. In what might be the understatement of the century, Dr Fairlamb says: “When people are inebriated they inevitably become more forthcoming with their opinions.”

In these situations, Dr Fairlamb suggests assessing whether or not you can remove yourself from the conflict first and foremost. Ask yourself: is it necessary to bring up this disagreement? If the answer is no, the best course of action could be just to leave.

If you genuinely think that you need to say something however, don’t just scream at them that they’re wrong, because Dr Fairlamb says that’s not going to get you anywhere.

“When people get told that they're wrong that can be damaging towards their sense of self, that they feel threatened and that makes people react in more resolute ways.

“Often when we tell people they are wrong they often just double down and say ‘no I am right’, and if we look at more broad examples you can see that in everyday life.

“It will very rarely reduce the convictions of their belief by being told that they're wrong. Instead, a better approach is to try and give those people the tools to try and see where they might be wrong.”

Bear with us on this one. When you go to university, you’re thrown in at the deep end of an entirely new life, with new people, new surroundings and a new way of living day-to-day. This means that in some ways, you are potentially going to change as a person, and leave parts of your old life behind.

This “intra-personal conflict” as Dr Fairlamb puts it can be really difficult to come to terms with. He said:

“One thing that can be difficult is when we lack the sense that our old version of our self (so our pre-uni status) and then we see our new university status to be very different, that can unfortunately be a big source of discomfort. Generally, the more that we see our old self from our new self to be similar, the more happy we are.”

His advice is to try to throw yourself into university life as soon as possible by joining societies and making new friends.

“As scary as it may seem, the quicker that you become to embrace it and accept it, the sooner you might start to identify and understand who you are in this new situation and life of yours.”

An added benefit of managing your intra-personal conflict is that it helps you deal with any other conflict you may face at university, with any of the people we’ve talked about. If you’re feeling comfortable with yourself on the inside, your outward interactions with new (and potentially difficult) people will be a lot easier to face. 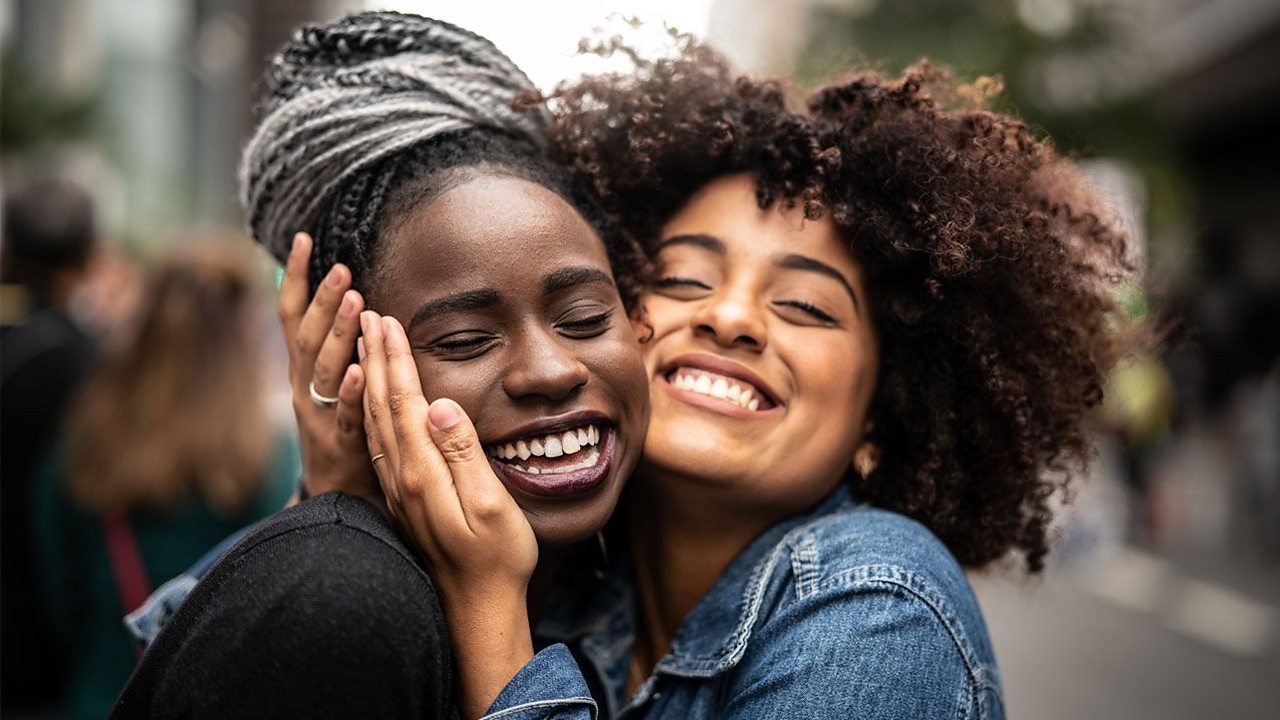 Long-distance friendships: When to keep them going and when to take a step back

Students talk about their experiences of long-distance relationships and the challenges they bring. 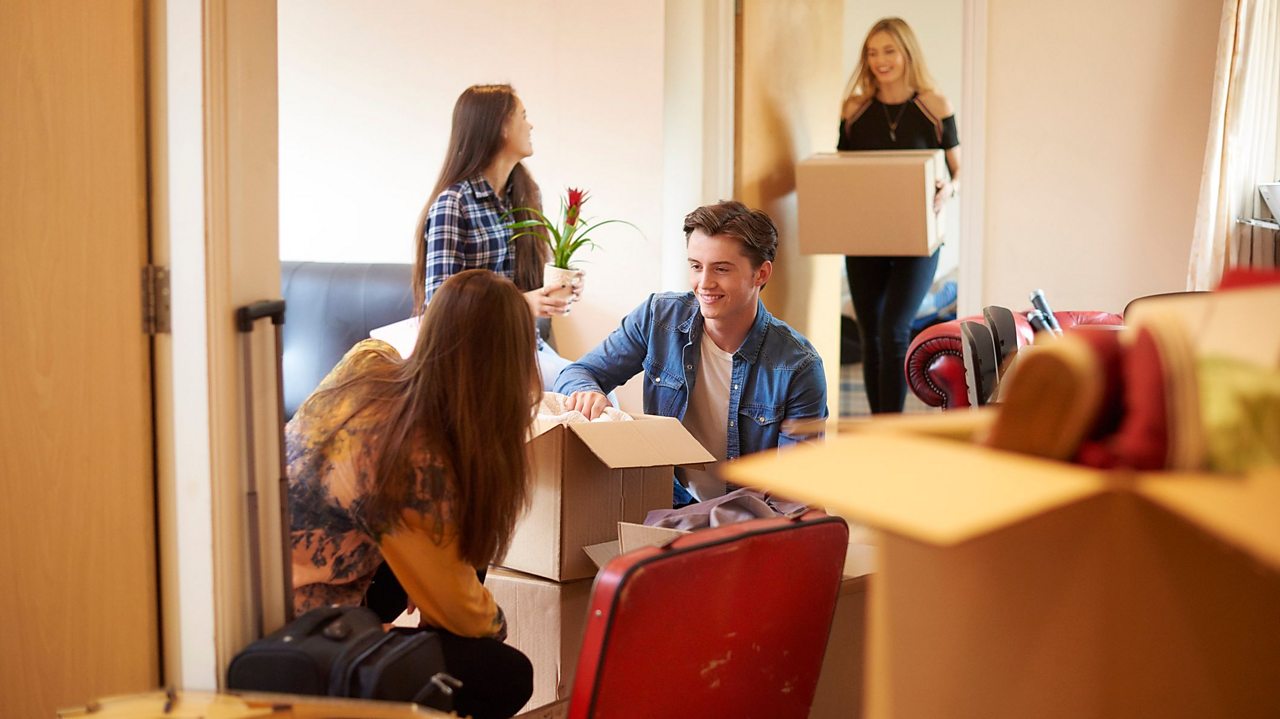 Freshers’ Week clichés (and how not to be one)

The fun and challenges of your first week at uni. Homesickness: What it is and what to do about it

Homesick at university? Check out this guide with advice from a psychologist, a professor and an international student.