Six of the greatest animal actors of all time

Harrison Ford’s latest film, Call of the Wild, is a thrilling adventure based on the novel written by Jack London in 1903.

It tells the story of a young dog named Buck who is kidnapped from his comfortable California home and who ends up working as a sled-dog in the wilderness of the Yukon.

But Buck isn’t played by a real dog at all. He’s a computer-generated creation. The visual effects team scanned a real animal and then created Buck from the data, inserting the CGI dog into scenes Harrison Ford had already filmed.

But does this mean the job centre for flesh and blood animal actors? Whatever the future holds for animals on screen, they have provided some of the movies’ most memorable moments.

Here are the stories of six animals that found fame on the silver screen.

The Free Willy movies, which told the story of a troubled boy’s unusual friendship with a killer whale, were some of the most successful films of the 1990s. But the orca who starred in the first of the films, Keiko, had a career that was one of the most controversial in the history of animal actors.

His early life had been hard enough. Captured in 1979, he had performed in various amusement parks in Canada and Mexico City, where he was discovered by the filmmakers in poor physical health in 1993. After filming had completed, money from studio Warner Bros and donations from the public led to a new $7 million facility being built for him, with the aim of eventually releasing him back into the wild. In 1998 he was flown to Iceland, where he was gradually introduced to the wild, swimming fully in open water by 2002.

However the project did not end happily. He failed to integrate into a new pod and died a year later, probably of pneumonia.

Many people think that releasing Keiko was the wrong thing to do. Others argue that, even though he never successfully integrated back into the wild, at least he spent the last years of his life in open water rather than a tank.

But what’s certain is that his story raised awareness of orcas. A documentary about his story (Keiko The Untold Story Of The Star Of Free Willy, 2013) as well as the hugely influential Blackfish (2013), about performing whales at Seaworld, helped change many people’s attitudes towards keeping these amazing animals in captivity. It might be Keiko’s greatest legacy.

As anyone who has ever owned a cat well knows, our feline friends are amongst the most independent of animals, so training one for Hollywood superstardom is no mean feat.

But Frank Inn, a legendary animal trainer managed it with Orangey who delivered wonderful performances in films such as Rhubarb (1951) and The Diary Of Anne Frank (1959). Like some of his fellow celebrities he could, on occasion, be difficult to work with. One studio executive reportedly describing him as “the world’s meanest cat”.

Orangey’s performance alongside Audrey Hepburn in the classic romantic comedy Breakfast At Tiffany’s (1961) sealed his place in film history. He played ‘cat’, the homeless (and nameless) feline who adopts fellow waif and stray Holly Golightly, and steals both her and the audience’s hearts.

Orangey’s exact date and cause of death aren’t known, but Inn was so fond of his animals that after they passed away he often kept their ashes. When he himself died he ordered his coffin be specially adapted to accommodate their urns so he could be buried with his favourites.

Bart the Bear has probably appeared alongside more A-list stars than any other animal actor. His astonishing Hollywood career began when he was just a cub with an appearance in Windwalker in 1981. Then he appeared on screen with dozens of major stars including Sir Anthony Hopkins (The Edge, 1997), Brad Pitt (Legends Of The Fall, 1994) and Ethan Hawke (White Fang, 1991). He also achieved an ursine first when he presented an envelope to host Mike Myers at the Oscars in 1998.

But his crowning achievement was undoubtedly his starring role in The Bear (1988). Directed by Jean-Jacques Annaud, the film told the story of an older bear Kaar, played by Bart, who befriends a cub and helps him escape a pair of hunters. The film was a box-office hit and gained a plethora of rave reviews.

Sadly Bart was diagnosed with cancer in 1998 and died in 2000 aged 23. But his legacy lives on in the dozens of movies he made.

Uggie’s story is a real doggy rags-to-riches tale that would itself make for a gripping movie. Rejected by his first two owners for being ‘too wild’, and destined for the animal shelter, he was rescued and adopted by Hollywood animal trainer Omar Von Muller who immediately spotted his potential. “He was a crazy, very energetic puppy,” Von Mueller told The Washington Post. “He was very smart and very willing to work.”

Uggie first appeared in adverts and made his first major appearance in Water For Elephants (2011) opposite Reese Witherspoon and Robert Pattinson. But his breakthrough role was in The Artist in 2011. In the Oscar-winning silent movie Uggie stole the show. “A dog whose IQ seems to be higher than that of most actors of any species,” said one reviewer for the Telegraph.

Uggie made the most of his stardom, walking the red carpets, making personal appearances on major chat shows such as The Graham Norton Show in the UK and Live With Kelly and Ryan in the US. He also had his paw prints immortalised in front of the legendary Grauman’s Chinese Theatre in Hollywood, and even produced an ‘autobiography’.

Pretty good going for a pooch who started life headed for the dog pound.

Better known to his legions of devoted fans as ‘Trigger’, cowboy movie star Roy Rogers’ faithful (and uncannily intelligent) mount Golden Cloud was undoubtedly one of the hardest working animal actors in screen history. From his first appearance opposite Olivia de Havilland in The Adventures of Robin Hood (1938) to his last, on variety show The Hollywood Palace in 1965, he appeared in as many as 80 films and over 100 TV episodes.

Known as ‘the smartest horse in the movies’, Trigger’s talents included sitting in a chair as well as drawing an ‘x’ on a piece of paper with a crayon held in his mouth. Since he spent so much time indoors he was also housebroken, a useful skill that many horse trainers regard as his greatest achievement.

But Trigger was as famous, and loved, for his thousands of personal appearances as he was for his starring roles. He accompanied Rogers on hospital visits to sick children (where it is reported he would often climb flights of stairs to reach the wards) and toured the country during WWII raising money for the war effort.

When he died in 1965 Rogers decided he couldn’t bear to be without his faithful companion, and so had him stuffed and put on display. Which is touching… if slightly creepy.

Jimmy The Raven (AKA Jimmy The Crow, dates unknown)

Film fans know that often directors will work with the same actor over and over again, establishing a deep artistic relationship that can last for many films. And while legendary director Frank Capra certainly cast human actors like James Stewart and Gary Cooper repeatedly, his most enduring collaboration was with a crow (or raven) named Jimmy.

The talented corvid (it was never firmly established whether he was a crow or a raven) was reportedly found abandoned in a nest in the Mojave desert by animal trainer Curly Twyford. He was first cast by Capra in You Can’t Take It With You (1938) opposite Lionel Barrymore and James Stewart, who later told of the confusion that reigned on set when someone called for ‘Jimmy’ and both he and the bird responded.

Capra was was so taken with Jimmy’s performance he cast him in almost all his subsequent films, writing a role especially for him in It’s A Wonderful Life (1946), in which he was reunited with human costar James Stewart.

We should probably take Twyford’s claim that Jimmy appeared in over 1000 films with a pinch of salt. But he certainly cast his wings wide in Hollywood, appearing in dozens of films aside from Capra’s, and making possibly his most iconic appearance as the crow who lands on Scarecrow’s shoulder in The Wizard Of Oz (1939).

Twyford died in 1956 and sadly it’s not known what happened to Jimmy after that. But he took the secret of whether he was Jimmy the Crow, or Jimmy The Raven, to the grave. 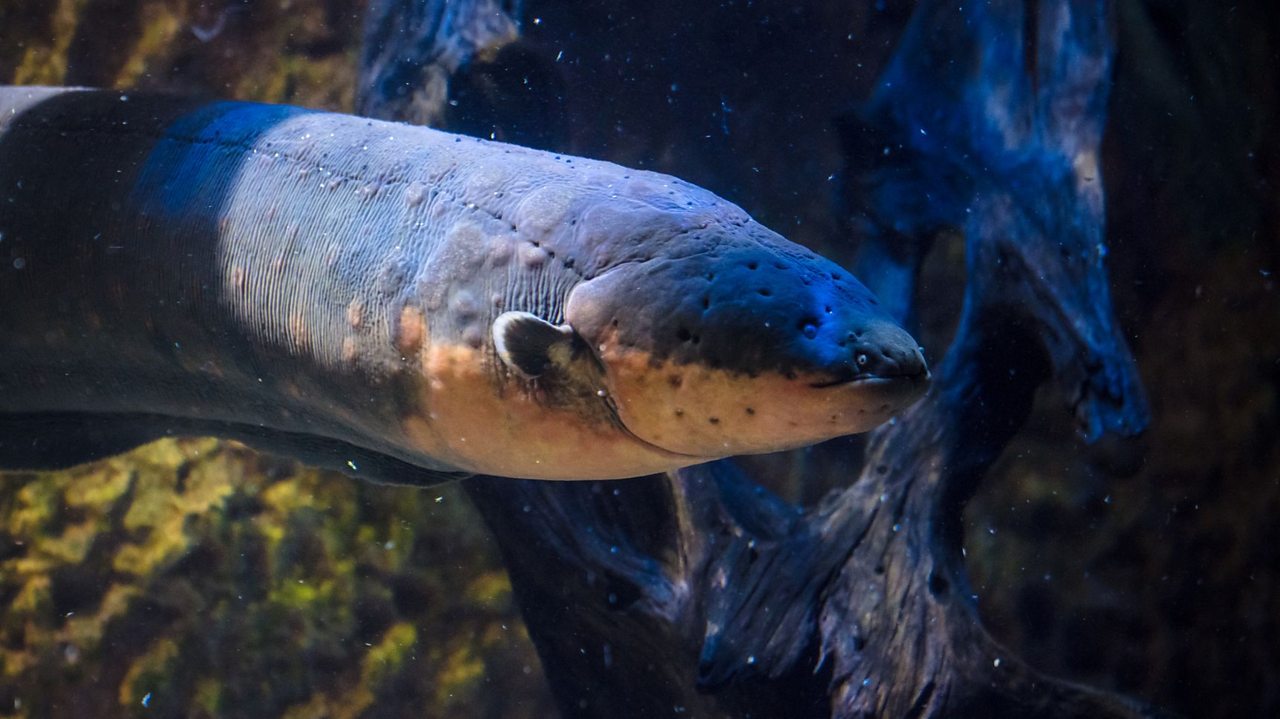 Quiz: Can you guess the animal from its misleading name?

Take this quiz to see if you know which animals are their namesake and which are misleading. 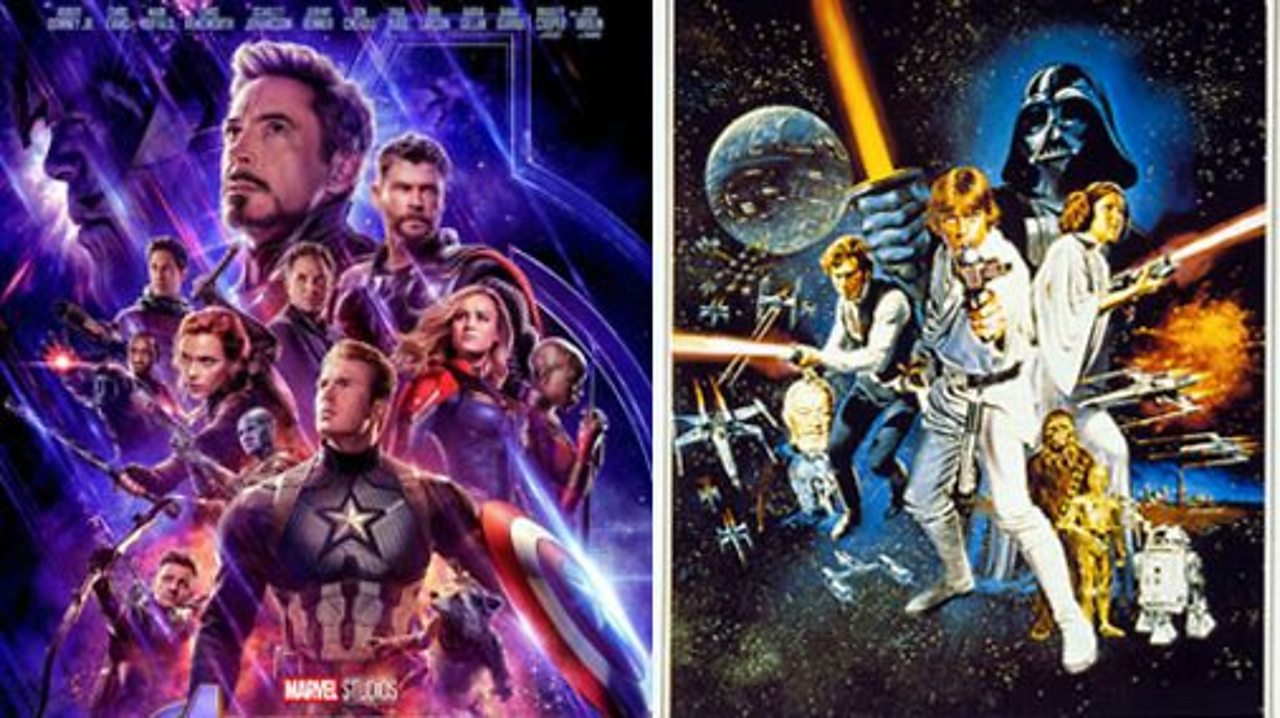