Holi 2021: What is the festival of colours and why is it celebrated?

While things may look a bit different this year, in normal times Holi festival is a spectacularly beautiful and colourful event, as well as a great excuse to get extremely messy.

But what is it and why do people celebrate it?

It’s a two-day Hindu festival that originates in India. On the first day, people will gather around a bonfire and celebrate good triumphing over evil. But it’s the second day that most people will recognise - that’s when perfumed powder called gulal is pelted at everyone and made to stick with water pistols and balloons.

There are lots of Hindu legends that are believed to contribute to the meaning of the festival, but there are two in particular that are thought to be the most popular - each one celebrated over the two day period.

On the first evening of Holi, rituals and celebrations take place around a bonfire. The legend that some believe inspires this tradition centres around two demon siblings, Holika and Hiranyakashipu.

So, he was practically invincible. His vast power led him to believe he was a God and he forced his subjects to worship him. If they did not, they were brutally punished or killed.

Despite this, Hiranyakashipu’s son Prahlad continued to worship the Hindu god Vishnu instead of his father. The demon King, not wanting to give his son special treatment, concocted a plan to kill his son.

Hiranyakashipu roped his sister Holika into the plan. She had a special cloak that protected her from fire, so she took Prahlad into a bonfire under the cloak, with the intention of taking it away, and therefore killing him, once inside. However, the cloak flew off Holika and covered Prahlad instead, protecting him and killing her.

Meanwhile, Vishnu had seen all of this and decided it was time to get rid of the evil Hiranyakashipu once and for all.

He circumnavigated Hiranyakashipu’s five powers by:

The Holi festival is thought to take its name from the demon sister Holika. It’s also why the first evening of the festival takes place around a bonfire - it is a celebration of good over evil, light over darkness.

But it still doesn’t explain the why people willingly get coated from head to toe in colourful powder on the second day of Holi. For that, we need to turn to another legend.

The legend of Krishna

The Hindu god Krishna was quite mischievous. He complained to his mother Yashoda that he didn’t like his dark blue skin and wanted to be fairer, like the love of his life Radha.

Yashoda, who adored her son, suggested he paint Radha’s face any colour he wanted, to make him feel better. So that’s exactly what Krishna did. Krishna and Radha were still madly in love after he did this, so Radha clearly didn’t mind Krishna’s little practical joke.

Some people believe this is why, during Holi, everyone pelts each other with the perfumed gulal powder. It could also be why one of the names of Holi is the ‘festival of love’, as it is in part celebrating the love between Krishna and Radha (as well as emulating his prank).

Gulal powder comes in many colours and some are thought to signify specific things:

And together, they create a glorious rainbow, usually in parks and public spaces across the globe. 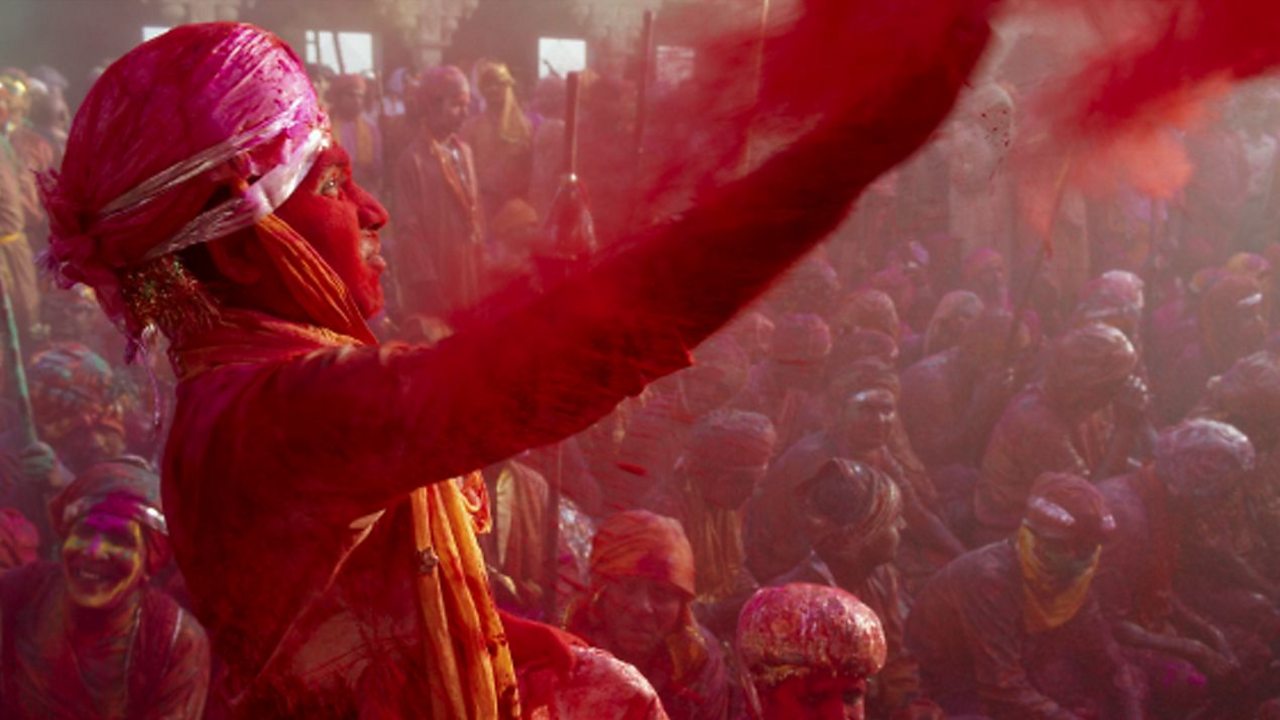 Want to learn more about Holi and other Hindu festivals? Read this. 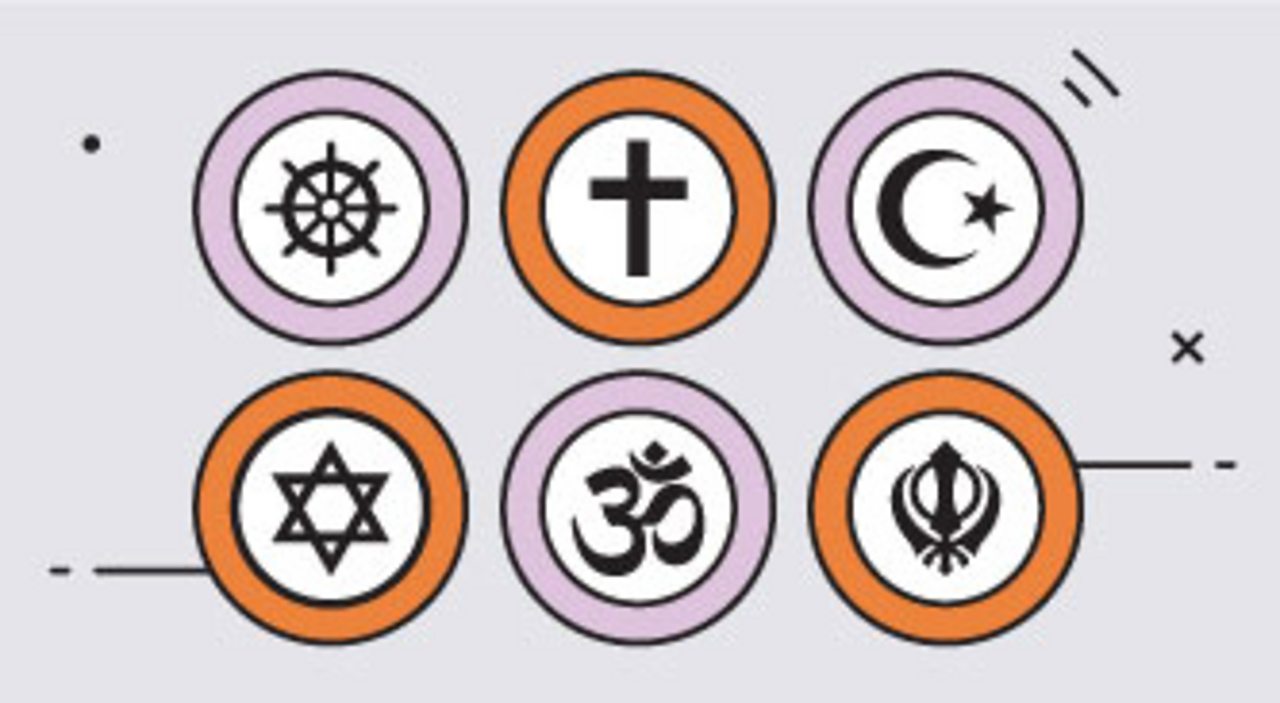 We have everything you'll need to revise for your Religious Studies GCSE. 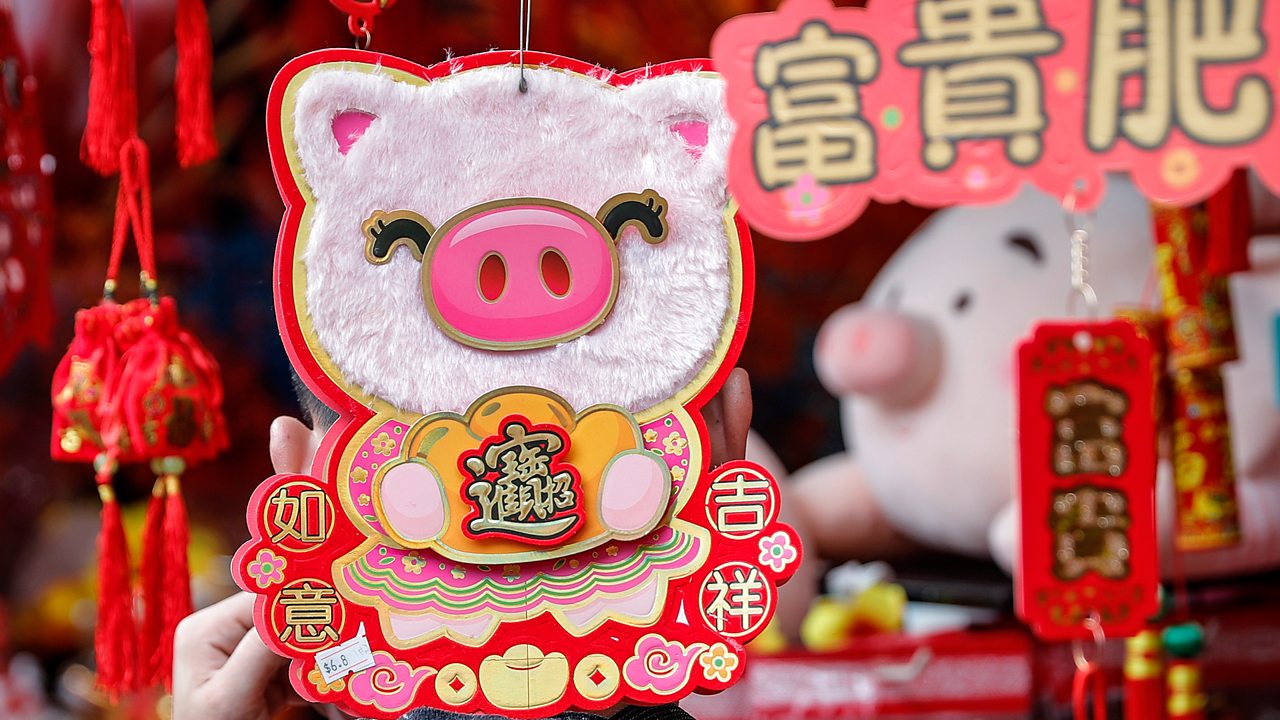 Why a pig is the last animal in the Chinese Zodiac

The great race which decided the order of the different years.