It's summer: time to have the time of your life (no pressure, right?)

But for many people, it's quite the opposite: summer can bring heightened anxieties and plummeting confidence.

The hot weather brings the added stress of dressing appropriately as we attempt not to melt into a puddle on the floor, sweating off make-up and through t-shirts.

We worry about being thin enough, muscly enough, curvy enough, our skin isn’t smooth enough or clear enough… and how does everyone else look so good all the time?

For some people the summer season comes with more than your average worries. We spoke to Hannah and Justyn about what challenges summer brings and how to overcome them as best you can.

Hannah, 25, has been in treatment for Body Dysmorphic Disorder (BDD) since she was 18. She chatted to us about what it’s like having BDD in summer and what she does to try and enjoy the warmer months.

BDD is a mental health condition that is characterised by people feeling preoccupied and distressed about their appearance.

Hannah described it for us: “They see flaws in their appearance and it can manifest in a number of ways quite similar to Obsessive Compulsive Disorder (OCD) and that’s because people respond to their intrusive and preoccupying thoughts with certain safety behaviors to try and minimise that anxiety and distress.”

Hannah’s preoccupations centred around the skin on her face, stemming from having acne as a teenager. Her intrusive thoughts got so severe when she went to university, she was too ashamed of how she looked to leave the house.

“I felt really guilty for imposing my appearance on other people, so I started experiencing social anxiety, or acrophobia,” she said.

After going into therapy at 18 Hannah discovered she had been living with BDD since she was a lot younger, and her behaviour through her adolescence had been fueled by this need to hide.

Hannah explained: “I couldn’t leave the house without three layers of make-up on, and I’d wear make-up to bed just in case my parents saw me in the morning."

Hannah has been in treatment since she was 18 and she says her BDD is markedly better than before she started therapy, but the summer months still bring challenges:

“The hot weather is such a big trigger for me and I’m sure for many other people that experience BDD.

“Everyone loves going out in a summer dress but if you’ve got BDD it’s really difficult to engage with that, and it can really add to those feelings of guilt and shame that you can’t enjoy summer with your friends, you can’t enjoy a picnic in the park, because you’re constantly preoccupied about your skin that’s exposed and things like that.”

Now, Hannah has found ways to change her focus to try and manage her BDD in the summer:

“What I find helps me now is focusing on comfort rather than appearance, so wearing a dress that I know is a light material and won’t attract the heat and will be quite breezy, carrying a fan, and trying to really overcome wearing as much make-up as I used to.

“I would encourage people to be open and honest to their friends and family, explaining that you might need a bit of support engaging with summer time activities and be mindful of that - they can help you. It’s so much harder to do it all alone.”

You can find support and more information about BDD on the Body Dysmorphic Disorder Foundation website.

When Justyn, 26, was one year old, he accidentally pulled a pot filled with boiling hot water down over his body. The accident left third-degree burns on the right of his face, torso and back. We chatted to him about his relationship with his body and what summer is like with scars.

Justyn grew up having to understand his own body without any direct support or therapy.

“I would get changed discreetly for P.E. and in swimming I would wear an all-in-one swimsuit, I would always be covered up," he told us.

Justyn would wear hoodies to cover his scars, even on summer holidays on the beach.

“For me, I couldn’t see or find people that looked like me on TV, in magazines, on social media, on the beach, people in my family - I had never seen another burn scar on someone else in real life.

“Not seeing anyone that looked remotely like me in the sun, on the beach, enjoying themselves, makes you think: am I the only one with this, is it acceptable? Seeing bodies without scars having fun around you, it makes you think: I’m not wanted there.”

When Justyn was 22 he made a vlog series called Bravescar. Telling his story in this way was a turning point for his confidence and he started to feel more comfortable in his own skin. He says he became fascinated in becoming better and stronger in himself. He is now an ambassador for the Mental Health Foundation and is using his experience to inspire others:

“I enjoy summer now, I’m a bit more free. I now have a tattoo incorporating my neck scar, it’s a wing. So that was kind of my way of reclaiming an area which had been a very scary area and saying: 'This is my narrative, this is art'. I have taken these steps to reclaim that part and it’s made me more confident showing that part off.”

Here are Justyn’s top pieces of advice for anyone really not feeling the summer vibes this year: 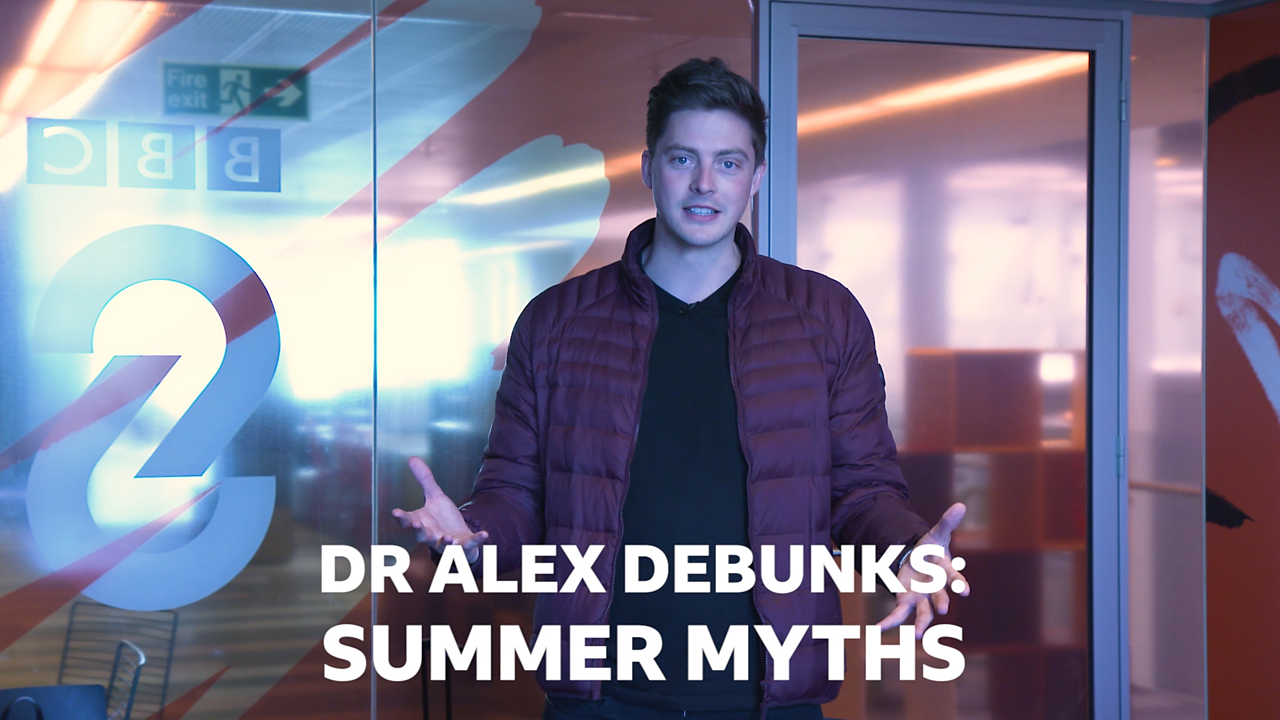 We asked Dr Alex George to help us debunk some summer myths. 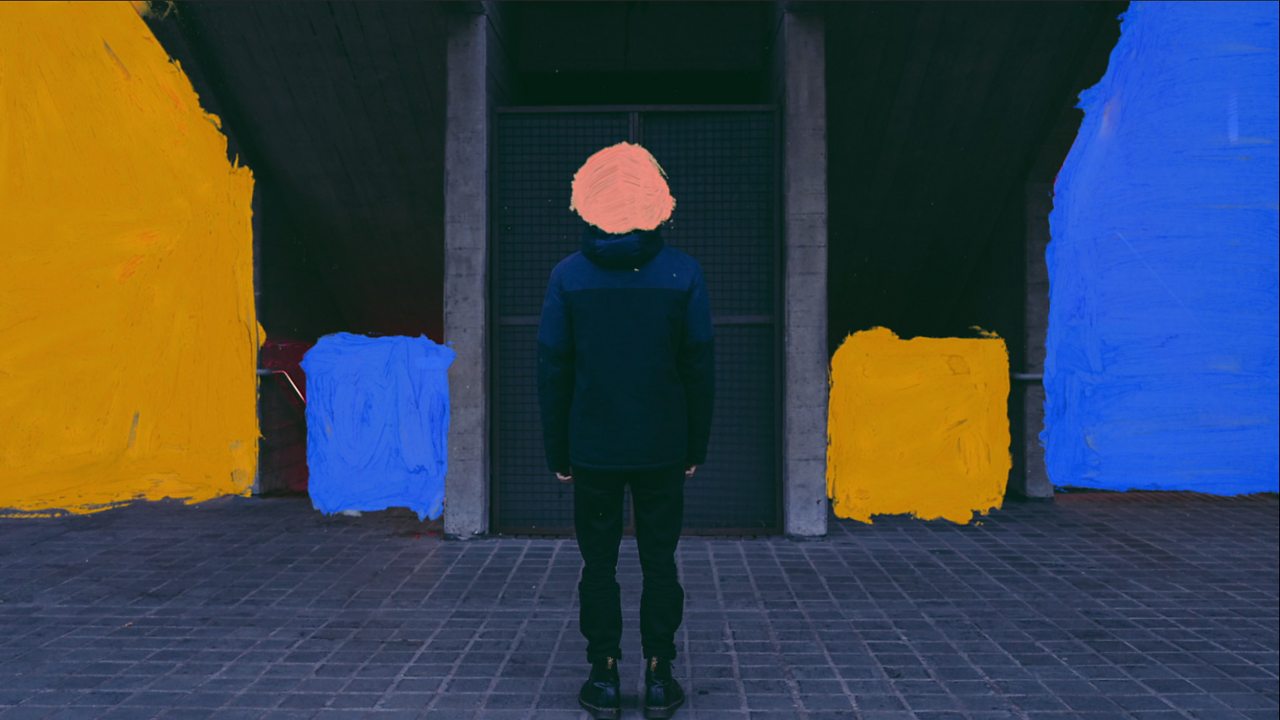