What's the one thing you don't get about the election?

The general election is almost here, and it’s all anyone seems to be talking about.

Online, on the telly and on the radio, election coverage seems practically inescapable. If not all of it is making sense to you though, don’t worry - you’re not alone.

To try and make the general election a little clearer, we asked a BBC political reporter Kevin Fitzpatrick to answer your questions about the election. This is what we found out…

Right across the UK, that’s the legal age for people to be able to take part in a general election. It’s slightly different in Scotland, for the Scottish elections, because you can be 16… but for this general election that’s coming up, you’ve got to be 18.

The theory is that you have to be 18 to be mature enough to be able to make the right decision or be able to understand the issues that are going on around the election. Lots of people are critical of that, and you might have heard of big campaigns to try and lower the voting age to 16. People think that at the age of 16 you can pay taxes, you can have a baby, you can join the army and all these other things so really, you should have a right to vote and take part in an election to choose the government who makes decisions that affect your lives.

But for this general election, 18 is the legal age, and if you do want to vote, once you’re 18 you have to register to vote.

Why do we use first-past-the-post and not proportional representation?

These are two different descriptions of voting systems. In this country for Westminster elections we have first-past-the-post. In many other countries around the world they have proportional representation.

First-past-the-post means whoever stands for an election in a constituency which is the area where you live, and there’s 650 of those right across the UK, and whoever gets the most votes in that area (it can be by just two or three votes), they’re the person who becomes the MP. Whoever gets the most MPs, well, they’re the party that gets to try and form the government.

Now, many people think that’s actually a fairer system because in our country currently with first-past-the-post, you can get millions of votes and still not get very many MPs, but the argument in favour of first-past-the-post is that that’s got a better chance of giving a definite result where someone’s definitely in charge, someone gets a majority. In lots of countries they end up having coalitions where lots of parties have to work together, but historically in the UK, that’s not been what we’ve done.

Why do we vote for MPs and not Prime Ministers?

In the United Kingdom, people are asked to vote for a particular political party. Now what happens is the party that ends up in government is the party with the most MPs and the leader of that party ends up becoming the Prime Minister.

So in this country, even though we’re not voting specifically for a Prime Minister, it’s pretty clear that the larger parties are the ones where their leader has a better chance of becoming the Prim Minister. That’s why there’s been a leader’s debate with the leader of the Labour Party and the leader of the Conservatives; they were the two considered to have the most chance of becoming the Prime Minister, so that’s why they were chosen for that debate. Other parties think their leaders should also be in the mix for that, so there’s other debates with them as well.

How do different parties join up to make government?

Well we talked about a majority and how the government needs more MPs than anyone else to be able to get its policies through to make the changes it wants with votes in Parliament. We’ve seen with the whole dilemma over Brexit that that’s why we’ve ended up with this election because the Conservatives didn’t have enough MPs to have a majority so they couldn’t get anything done.

Well it’s pretty rare in this country actually, because of first-past-the-post, to have political parties working together. Usually we’ve got one party who’s completely in charge, but in 2010 we didn’t have a majority for any party, and you might remember we had the Conservatives and the Liberal Democrats join together in a coalition government, so they did work together on that.

What’s a hung parliament and what happens if we get one?

Well that situation I just described is what’s known as a hung parliament, so that’s where no one party has a majority (more than half the MPs), so they end up having to try and work together with the other parties.

So what would happen? Well, if there is a hung parliament after this election on 12 December, there will have to be negotiations between the different parties to try and group together to get a majority, so when they bring a vote in Parliament they can get more than half of them to vote for it.

Already there’s discussions going on behind the scenes about which parties would work with each other, there’s some parties saying well I won’t work with them and I definitely can’t work with him, so there’s a bit of moving and shaking going on about what would happen in the event of a hung parliament. But what all the parties really want is to be the party which wins enough MPs to be completely in charge, so they can do what they want and not have to bother with the others.

Why are some people saying that this is a choice over climate change?

Clearly, climate change and the crisis around what we do about that is a massive issue, and in the last couple of years, in the last few months, we’ve had all these protests haven’t we, with lots of people (especially young people) having their voice heard and demanding change so that’s why this election, probably more than any ever before, what the parties are promising to do about climate change is really in the front of people’s minds when they’re trying to decide which political party they’re going to support.

So, Brexit: this is a massive issue at this election. Brexit isn’t the only issue that’s being discussed, but this election will decide what happens next with Brexit.

The reason we’re having this election is because we’ve got a Conservative government who don’t have a majority to move ahead with their Brexit policy, and whoever wins wants to crack on and do what they want to do on Brexit. So, what parties are promising to do on Brexit is defining their positions and lots of people will choose who they want to support based on that alone.

You’ve got the Conservative party, Boris Johnson, he’s just agreed a deal for us to leave the European Union so he’s saying: “Listen, vote for me and I’ll definitely get us out of the EU with this deal”. The other parties are promising different things.

So, to your question: the Labour party’s Brexit policy. They say they do want to honour the referendum vote but they don’t like Boris Johnson’s deal, so the Labour leader Jeremy Corbyn says if we get into government, he’ll go and negotiate a better deal he says with the EU, and then he’d put that to a second referendum with “remain in the EU” on the ticket, and then he would do whatever the country wants to do.

A lot of other parties, they’re saying that they’re against Brexit. The Liberal Democrats, they want to stop it completely, “revoke Article 50” they say and cancel it. But other parties, the Scottish National Party, Plaid Cymru, the Greens, they’re also arguing for a second referendum, and then the Brexit Party, they just want to leave straight away, as quickly as possible. Over in Northern Ireland again there’s a range of views but Brexit is a really big issue at this election.

How do votes get counted?

Well the vote takes place on 12 December, the poll stations they’re open, they could be at your local primary school, senior schools, village centres, and that’s where people can go from seven o’clock in the morning to ten o’clock at night to register their vote - they go into a polling booth and vote.

After ten o’clock the local council collects all those votes, they go to your town centre or your city centre into a big hall where the council employees, they tip all the votes out and they count them and they work them out.

Can I get fined if I don’t vote?

No, you can’t, and you don’t have to vote at all if you don’t want to. If you do want to take part you have to register to vote, but even when you register to vote there’s no obligation on you to actually go out and vote for anyone, let alone anyone in particular.

In some countries around the world, in Australia for example, it is compulsory that people do have to vote, but even in Australia they don’t force you to vote for anyone; you can turn up and mark a cross to say none of the above.

Some people in this country, if they do want to go and use their vote but they feel incredibly unhappy with all of the options that are put in front of them, they do what’s known as spoiling their vote. So they might make the effort to go down to the polling station, get the card, go into the polling booth and then scribble on it, draw rude things on it or cross it out. And in every election, when they read out the results, they always tell you the number of people who spoil their vote and you’d be surprised at how many people do decide to do that.

Do spoiled ballots get counted nationwide?

Spoiled ballots do get counted nationwide, I’m not sure what the figure is but at counts that I’ve been at at very places in general elections over recent years, there can be quite a few of them.

What is a manifesto?

The manifesto is what all the parties tend to publish before an election, and this sets out their pledges and their promises.

In there they have all the different policies on the various different areas, usually they put in how much it’s all going to cost and who they’ll pay for it, because those are the kinds of details that people do want to know about.

You can find out all the information about the manifestos on the BBC News website. For all the parties, it’s a really important moment for them ahead of an election: they set out their party’s policies and say “if you vote for us, this is what you can expect”. 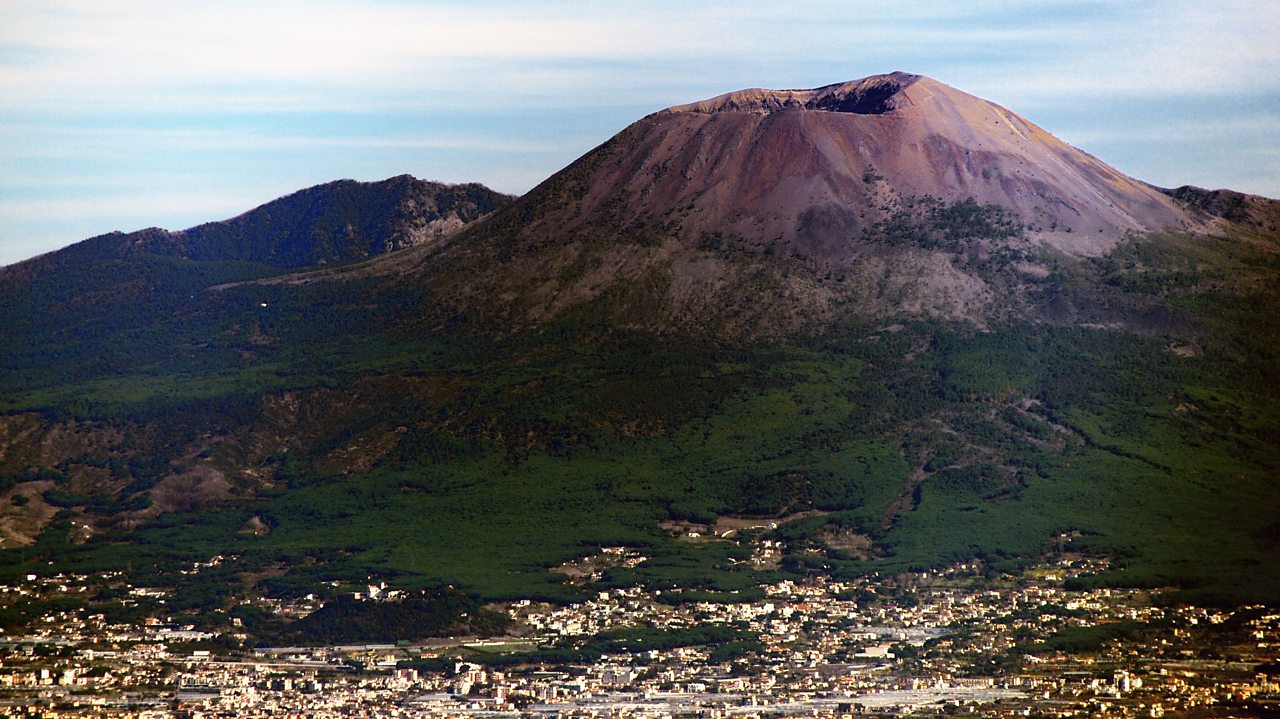 What was happening the last time we had a December election?

It's not the first time we've interrupted our Christmas shopping to cast our vote. 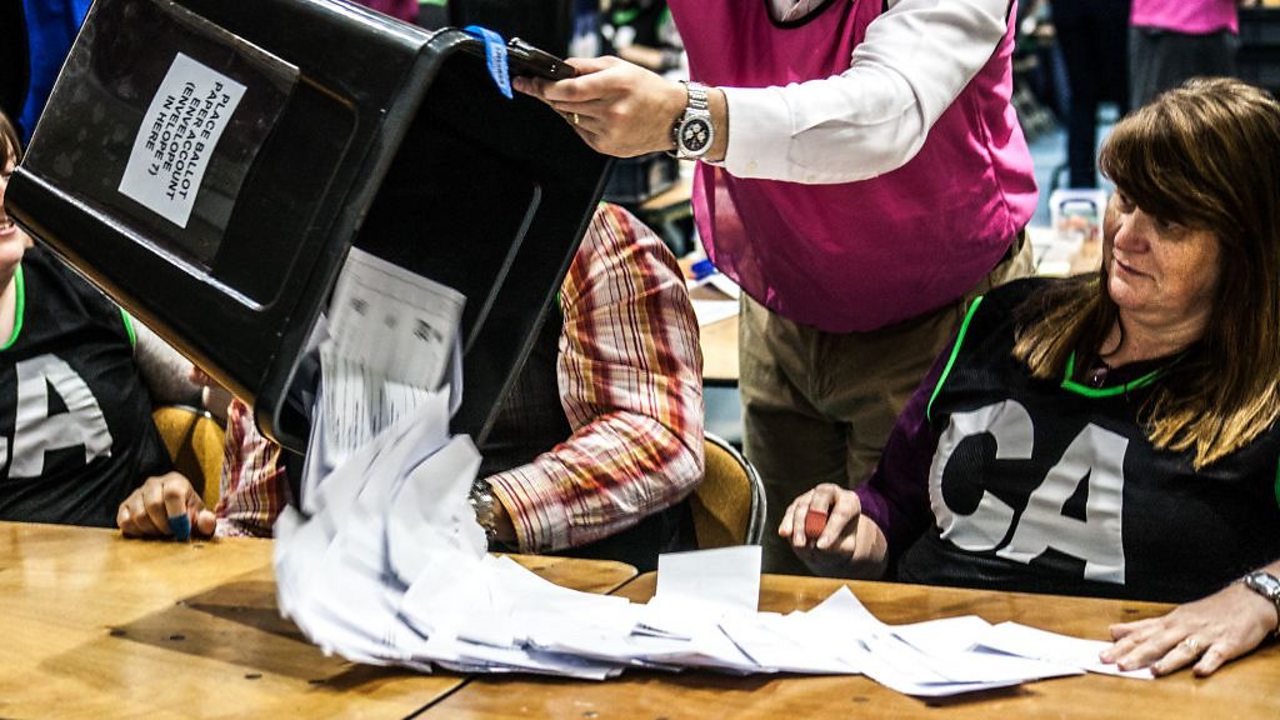 The people who make elections happen

From opening the polling stations to announcing the result 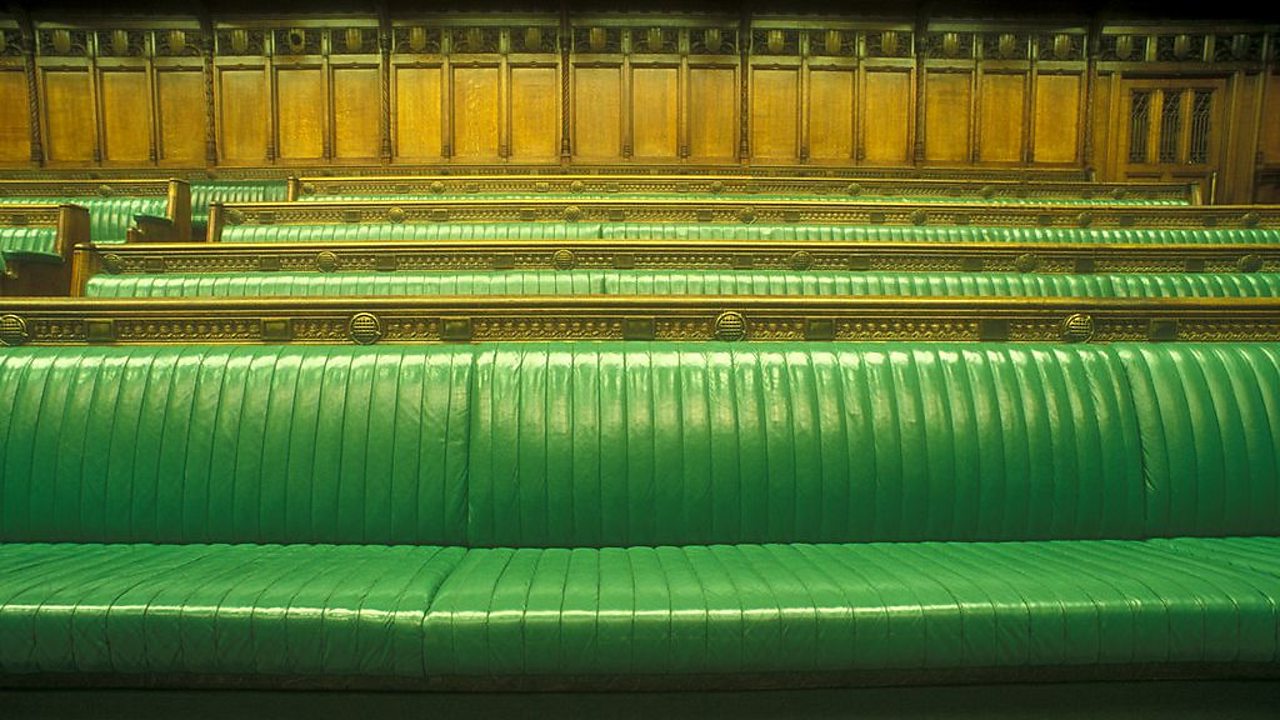 Nine of Parliament’s most weird and wonderful traditions

From stealing a big gold stick unravelling debates, to appointees being dragged into work, Parliament can be a very strange place.