A range of speech radio programmes on Radio 4 and other BBC radio stations will be made available online up to seven days before radio broadcast, under plans approved by the BBC Trust.

The plans have been approved as part of the Trust’s service review of Radio 4, 5live, and their digital sister stations Radio 4 Extra and 5live Sports Extra, published today. The review asked audiences for their views on the stations, with over 5,000 people taking part in a public consultation plus audience research with 2,000 people across the country.

The approval of ‘online premiering’ is in place with immediate effect and while the BBC expects that it will mostly be used by Radio 4, all other BBC radio stations will, except for 5live Sports Extra whose output is entirely live, be able to premiere some speech programmes online first. The approval does not apply to music output.

The decision comes as the Trust’s most comprehensive ever consultation, as part of the review of the BBC’s Charter, this week focuses on questions about technology and how the BBC should keep up with changing ways that audiences consume media.

The service review published today found that overall the stations are performing well, are high quality, and making a strong contribution to delivering the BBC’s public purposes.

For Radio 4, audiences are most likely to describe it as ‘informative’, ‘high quality’, and ‘intelligent’. Ninety-two per cent of people in the audience research agreed that Radio 4 helps them to understand what is going on the world. Three quarters of people said that Radio 4 reflects issues relevant to the different nations and regions around the UK, although 22% said it could do more. Radio 4’s digital sister station Radio 4 Extra is appreciated by audiences for programmes they can’t find anywhere else, and it is bucking the trend in radio listening as the amount of hours that audiences spend listening to it has increased.

For 5live, which attracts almost 6 million listeners a week, audiences appreciate its accessible, different and quality news, and its current affairs programming is also performing well. Seven out of ten listeners agreed that it gets the balance right between serious and ‘lighter’ news. Its international news coverage of events such as the Charlie Hebdo attack in Paris was also praised by listeners.

5live’s sports coverage is praised by audiences, with an average of 3.7 million listeners each week and four out of five listeners rating it as good, although audiences have fallen slightly while there has been a 26% increase in use of BBC sport online. 5live’s role is primarily as a news service and the Trust has asked the BBC to consider the way it positions and promotes the station to reflect this.

“The BBC was built on its radio services, and the continued success of Radio 4 and 5live are testament to the quality of what they continue to provide millions of listeners with every day. As more people go online for news and sport, the BBC must make sure it’s continuing to provide what they want, so we’ve approved some changes to help with this and we’ll expect the stations to continue to develop what they’re offering online.”

Other recommendations in today’s report include:

The BBC will report back to the Trust on its progress on all the recommendations. 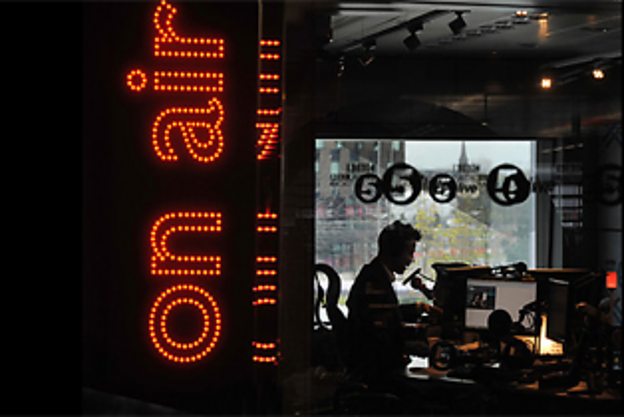