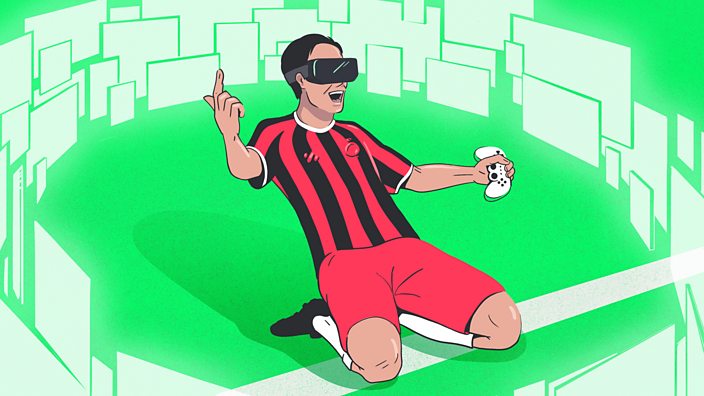 A misty-eyed tour down memory lane, including the fan channel advent, the birth of the influencer, goal gifs and transfer announcement vids

As we hobble over the line into a new decade (apologies if any talk of crossing lines haunts you, like us, with the memories of tedious debates on VAR), we’re left to look back and reflect.

Time is a big concept to tackle. It hurts your head. So, we need ways to break it down. For us, football is one of those touchstones that we measure time by.

Throughout the past decade football has remained a constant, but the experience of following it has changed dramatically – largely in line with changes in technology.

In some ways, for better or worse, the emphasis has moved further and further away from the actual live event. Now, instead of sitting in a physical stadium with thousands of other people, you’re sat on a bus somewhere, watching a grown man broadcasting from his own bedroom as he has a tantrum over a football match happening on a screen that you can’t see because he doesn’t have the rights to show it. And it’s entertaining.

The rise of the fan channel

In June 2016, during the EU referendum, Michael Gove famously said that “people in this country have had enough of experts”. Did he have a point? It would be hard to deny that the democratisation of digital media has put ordinary fans squarely at the forefront of football commentary. Millions now tune in every week to watch other people – just like them – sound off their opinions on the internet. All flarey nostrils and broken-voiced high emotion.

Think of the stars that have been born this past decade: 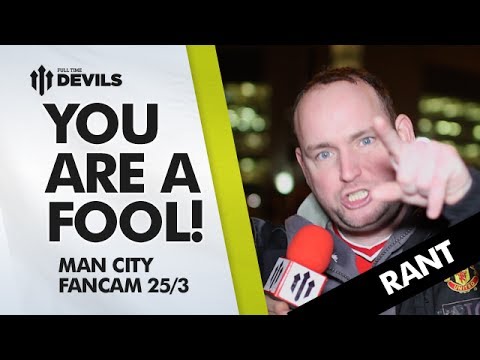 Or this lad who only deals in absolutes. 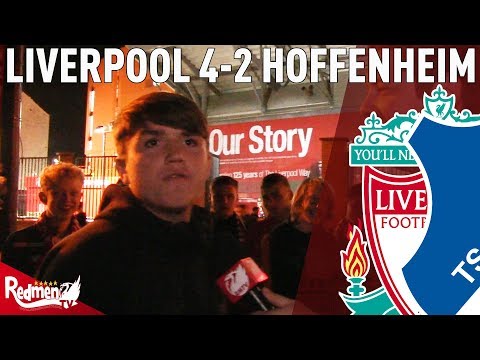 Or Mark Goldbridge, the Manchester United fan who is such a confusing character that there are corners of the internet dedicated to conspiracy theories that he is actually a scripted fake or a closet Nottingham Forest Fan…

‘’I went to Manchester United Vs Forrest because I begged my dad to take me because I supported F....’’

Ask yourself this: can you even remember a world pre-Arsenal Fan TV?

Because we're proper journalists, we did some digging and the search ‘Arsenal Fan TV first ever video’ brings up this, from August 2013, posted just after a 3-1 home defeat by Aston Villa. 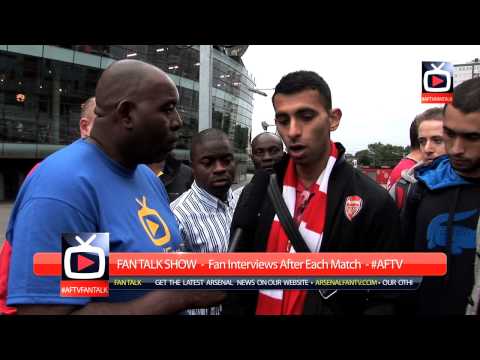 Back in 2013, it's hard to imagine what the ambition of Robbie and the lads might have been. Earlier this year Arsenal’s captain, Pierre-Emerick Aubameyang, felt moved to publicly defend his links to the channel.

After reports that Arsenal players aren't happy with Pierre-Emerick Aubameyang talking so much to Arsenal Fan TV, he reacts. This is...not a good look for a new Arsenal captain. 🖕🏼 pic.twitter.com/N8FrX5loFH

For better or worse, there has been a revolution in fans having their voices heard and the genie is not going back in the bottle. While you're here, check out this Arsenal Fan TV sketch on Famalam. It's dead funny.

Instagram was created at the very advent of the decade, on 6 October 2010. Back then, it was primarily used to make digital photos look analogue. Forbes estimates that Cristiano Ronaldo now earns $47.8m (£36.2m) per year through Instagram. That’s more than he earns playing football (his supposed primary vocation) for Juventus – one of the biggest clubs in the world.

I’m ready to Play It Cool! Are you?😉 #CR7PlayItCool

Nowadays, if you don’t have your own line of aftershave and fitness watch endorsements, have you even made it?

On the peripheries of our consciousness, we can still just about recall a time when footballers like Dele Alli  were using social media for unfiltered content like this.

Dele Alli scores; gives us all an excuse to revisit his MySpace photo pic.twitter.com/whQmTbXcse

The jostle for monopoly between Fifa and Pro Evolution Soccer (PES) has been a diametric that’s offered some structure to our lives for the past 20 plus years.

The games have got a lot more intuitive. And with them, the graphics have become a lot more sophisticated too. Just look what the game designers at PES thought Kolo Toure looked like in 2014.

Kolo Touré on PES 2014. Can't tell which is the real one? pic.twitter.com/uVUjEynRzg

We now live in a time when players not only lobby EA Sports to update their stats, but also their in-game haircuts.

Aside from that, teams now have their own esports teams and footballers across Europe celebrate goals with gestures from Fortnite.

Progress comes in many forms.

These days you’re nothing until you have a fly-on-the-wall doc. From the All or Nothing Franchise that has documented the likes of Manchester City, Borussia Dortmund and Tottenham Hotspur, to Netflix documentaries about Juventus, having one of these series is part of the way that clubs now establish themselves with international markets.

Multiple Emmy, Oscar and Bafta Award nominee, John Malkovich is doing the voice-over on the new Barcelona one. 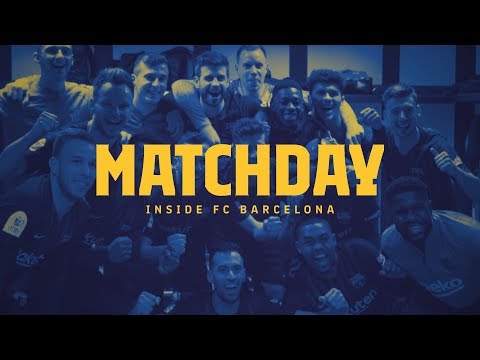 It’s all a far cry from 2012’s Being: Liverpool, which told the story of a fairly mediocre first full season with Brendan Rodgers and had some slightly cringe-inducing moments, like when Brodge showed off a massive picture of himself in his own home or that infamous envelope scene.

Transfer announcement videos became a thing for a while

Remember these? They were everywhere in around 2016-17. Every football club in the world had a content team racing to announce new signings in more innovative and lavish ways to make the biggest impact on social media.

We had videos based on tinder…

We had videos based on Whatsapp groups...

We had videos based on Vatican traditions (for context, this was the cryptic way that Crystal Palace teased Frank De Boer's arrival as manager in 2017, mirroring the way that a new Pope is announced)...

We had this absolutely bizarre, nightmare sequence from Roma…

And we, of course, had the infamous Alexis Sanchez announcement…

That was, incidentally, probably the last time he played well at Old Trafford and probably also helped ring the death knell for the whole genre.

Every club now does goal gifs

We live busy lives in 2019 and it’s not always possible to be either at the game or watching in real-time. Sometimes your experience of the game is just as much about updating the live feed and your Twitter timeline, as it is sitting through 90 minutes.

The social media teams at football clubs know this and that is why every single one of them now seems have a bank of goal gifs – ready to be released into the timeline at the appropriate point – and of varying degrees of production quality.

The real pioneers and our favourites are still the guys at Bristol City FC, with their beautifully budget offerings…

It’s really just a competition now to see how far you can take it.

Norwood smashes into the bottom corner. Get in! pic.twitter.com/8iGsRA9Dw8

Transfer Deadline Day is still a major event for football fans, but not quite perhaps the television spectacle that it was in the mid-point of the decade, before it became a monster of its own making that had to be put down.

Apart from the thrill of waiting to see which deals might go over the line before the close of the window, in the early part of the decade, the real frisson of the thing came from the live outside broadcast, where presenters would station themselves amongst real fans at football stadiums. What could go wrong?

This gave us characters like this man at Stamford Bridge…

Broadcasters have scrapped that now. The straw that eventually broke the camel’s back came in the form of a purple sex toy – specifically, when a fan outside Goodison Park put one in Alan Irwin’s ear during a live broadcast. 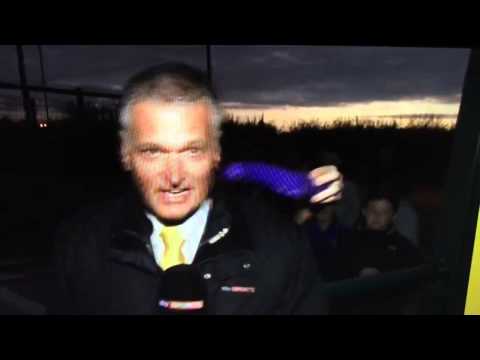 Following that, the decision was taken to move the whole thing indoors. You could say it’s never been the same since.

In 2019, every opinion on the world’s most popular game can essentially be boiled down to a relatable and analogous meme from The Simpsons – say, the one where Homer creeps back into the hedge – and, if it can’t, well, it’s probably not a valid argument anyway.

Never mind actually trolling someone in a physical place, at the start of the decade, these things used to be realm of Twitter. More and more though, we’ve retreated to underground football WhatsApp groups (the platform was created in 2009) – little covert safe spaces where we can troll our mates privately with no social censure.

No need to ever even go outdoors.

What an absolutely wonderful time to be alive. Here’s to the next decade. We can’t wait to see where it goes next. 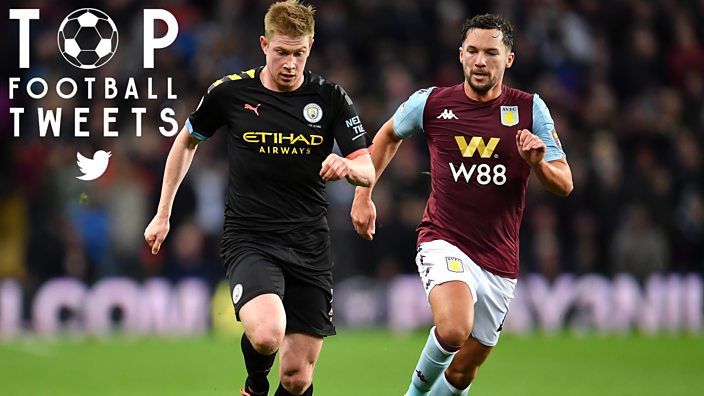 Danny Drinkwater has a terrible record against Manchester City 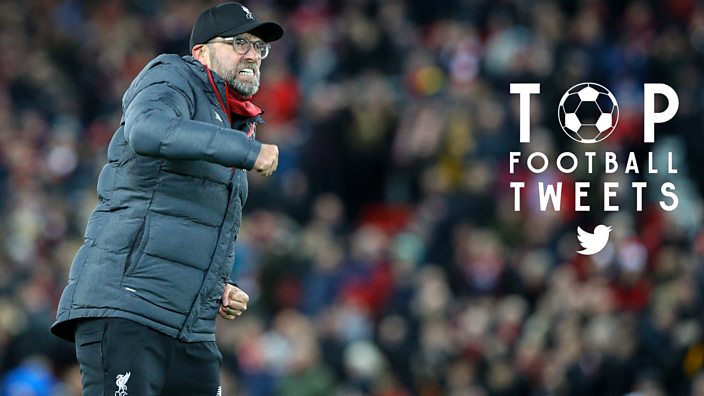 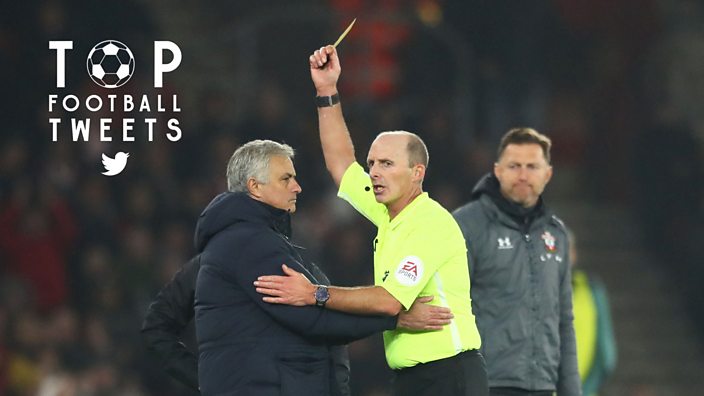 Is the honeymoon period over at Spurs already? 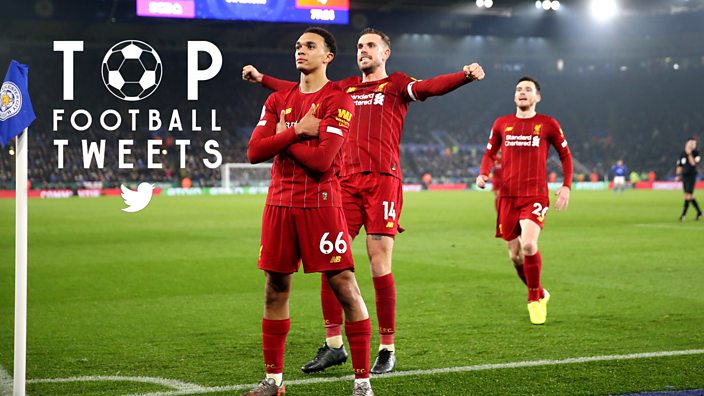 Share this:
Read more about sharing
More from Football

Danny Drinkwater has a terrible record against Manchester City

Is the honeymoon period over at Spurs already? 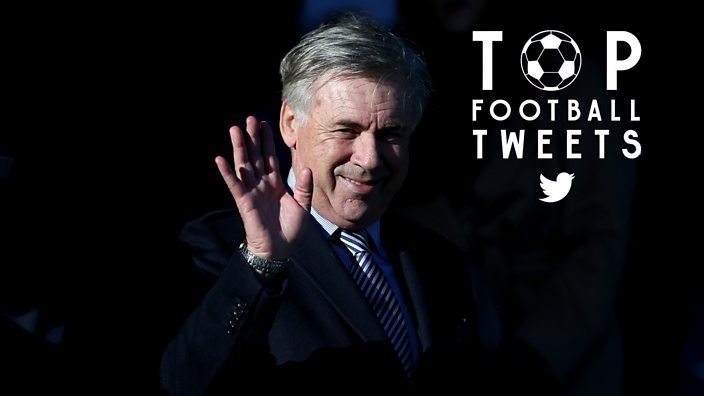 The real reason Everton made Carlo Ancelotti their new manager 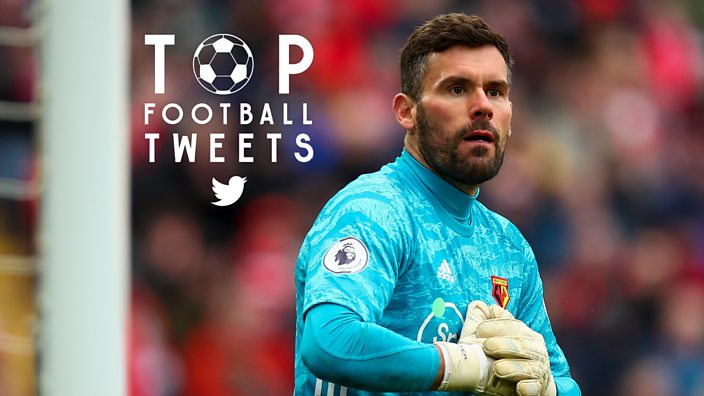 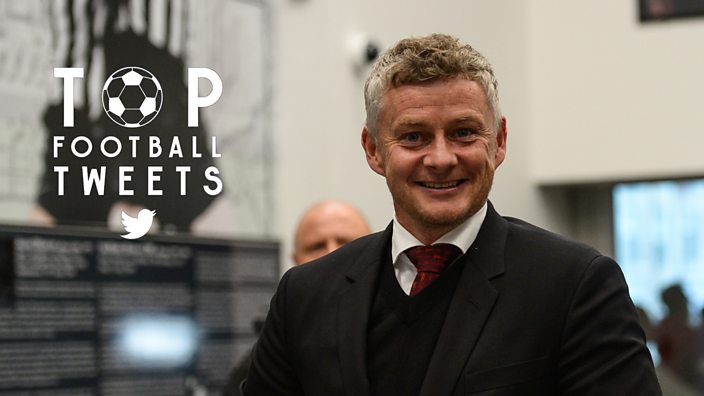 Have Manchester United turned a corner with Ole at the wheel? 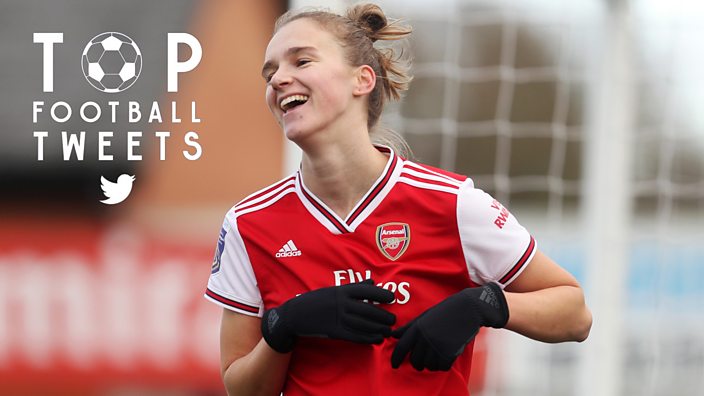 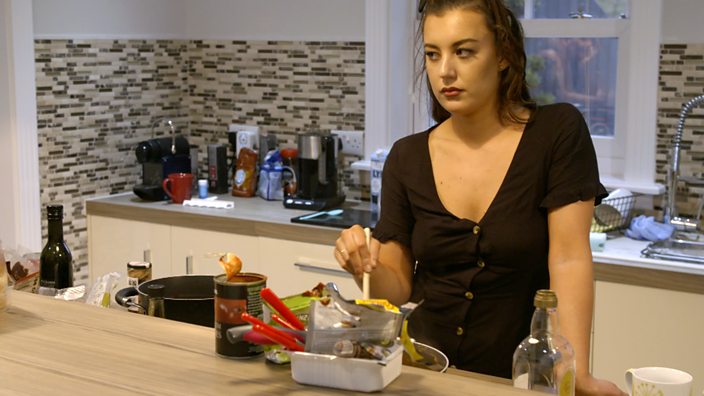 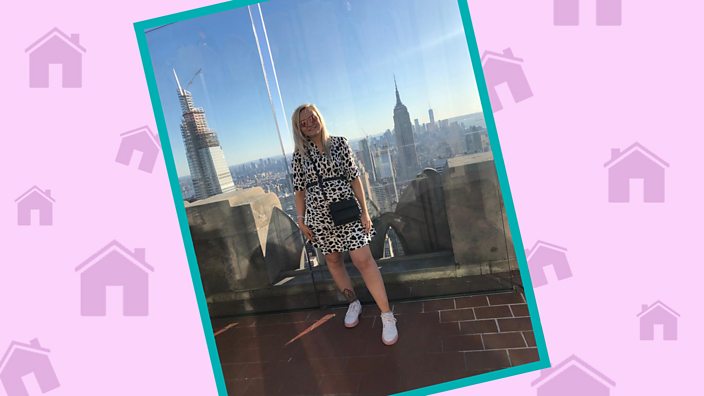 Buying a house: The deposit, the mortgage, and why I couldn't do it 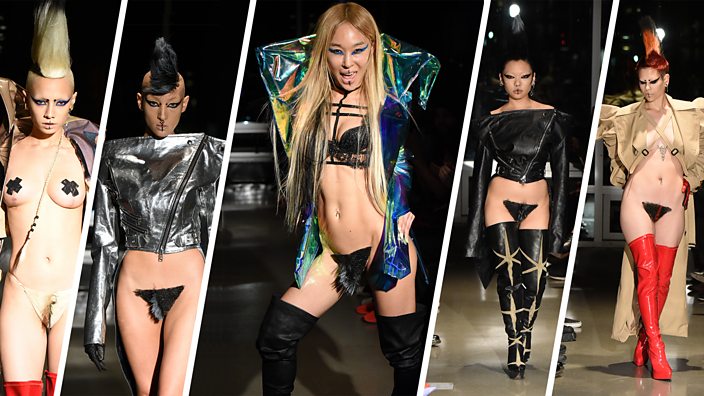 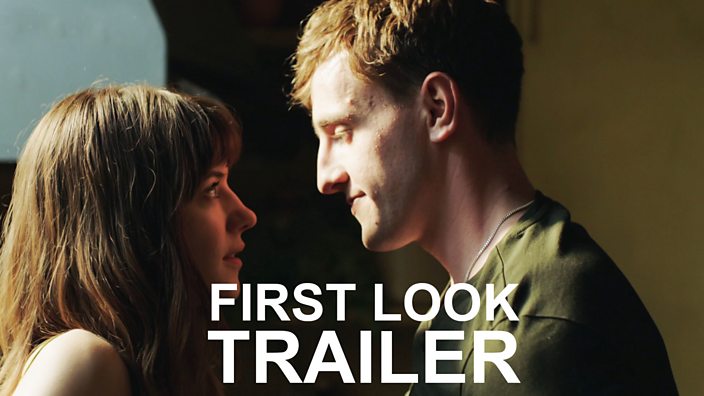 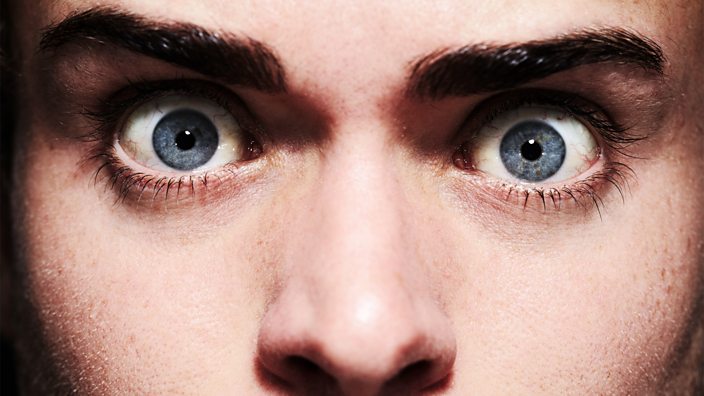 Don't Scream: Why do we find things scary?

Buying a house: The deposit, the mortgage, and why I couldn't do it