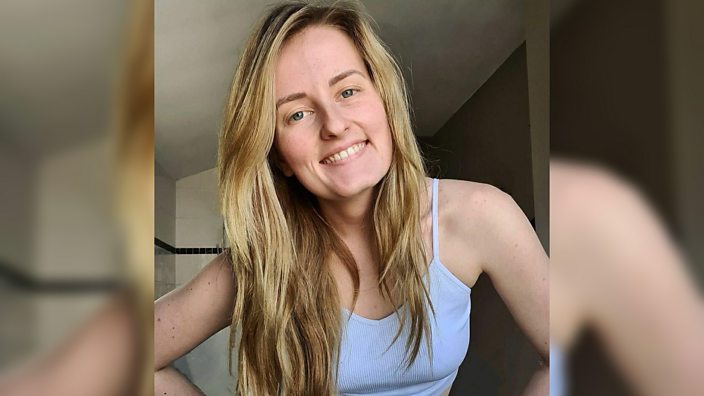 The number of people identifying with asexuality is growing, according to one organisation. So how did three asexuals find out who they are?

In the UK, our awareness of asexuality – the experience of not feeling sexual attraction towards others – is still low.

A poll of over 1,000 UK adults in 2019 suggests that three-quarters of them were incapable of correctly defining asexuality.

So what is asexuality?

It's a spectrum of experiences and identities. Some asexuals don't experience romantic feelings, but others do.

Some live independently and have no interest in partnerships, and others may choose to form relationships or what's known in the community as a "queerplatonic relationship," where you have a life partner you share deep emotional closeness with, without the need for romance or sex.

What the terms mean, according to the Asexuality Visibility and Education Network (AVEN)…

￭ Asexual: Someone who does not experience sexual attraction or an intrinsic desire to have sexual relationships.

￭ Ace: This is an umbrella term used to describe a variation in levels of romantic and sexual attraction.

￭ Demisexual: Someone who can only experience sexual attraction or desire after an emotional bond has been formed.

￭ Aromantic: Someone who does not experience romantic attraction or a desire to have romantic relationships.

￭ Gray-sexual: Someone who identifies with the area between asexuality and sexuality.

￭ Heteroromantic: Romantically attracted to someone of the opposite sex.

￭ Homoromantic: Romantically attracted to someone of the same sex.

￭ Allosexual: Sometimes shortened to "allo", an allosexual is someone who experiences sexual attraction and the intrinsic desire to have sexual relationships.

For the AVEN though, it is clear that the number of people identifying with the term worldwide has been growing. "The most noticeable thing is that new communities are emerging all the time," says Michael Doré, their spokesperson.

"Today, the online ace community is represented on social media, Facebook and Discord. There are organisations in many different countries around the world, including outside the Anglosphere. Year on year, we've had a steady increase of members joining AVEN."

Here, three individuals on the asexuality spectrum talk about what it's been like growing up with a sexual orientation many are still unaware of.

'I don't want asexuality to be the weird LGBTQ step cousin'

Yasmin, 24, from Reading, is a model and activist who identifies as aromantic asexual.

"I was 15 when I found out I was asexual. I was at school and I'd been using alternative phrases to describe what it was I was feeling. I said that I was straight, but I didn't like guys – or that I wasn't attracted to anyone. And then someone said, 'Maybe you're asexual'.

"I Googled it and I watched YouTube videos and I realised there were other people who had the same experience as me.

"I don't experience sexual or romantic attraction, and I just thought it was all part of the same thing. It wasn't until I met other asexual people and I found out some of them did experience romance that I needed to consider romantic attraction as being different. And so in 2018 I started describing myself as 'aromantic asexual'.

"I'm an asexuality activist now, as well as a model. When I speak to other activists who've been talking about asexuality for 10, 20 years, I'm just getting the same questions that they've always been asked too. It's like Groundhog Day.

"Representation in the media is still low. I didn't see asexuality in British Vogue until I [wrote about] it. Compared to other sexual identities, we feel like we are behind and going round in circles.

"I'm having conversations with Stonewall. I'd love to see asexuality included in the Equality Act and hate crime law. I want to see asexuality spoken about in the same breath as other orientations, so it's not treated like the weird LGBTQ step cousin, or a physical disorder."

Alice, 23, from Northamptonshire, is a mental health advocate who identifies as heteroromantic asexual.

"I hadn't ever heard about the term 'asexual' until I was in GCSE biology when learning about the life cycle of plants and how they manage to reproduce by themselves.

"Then I didn't hear the term again until I was 17. I was involved with a boy for the first time who wanted to engage in a lot of sexual activity – as any teenager would. I should have been excited but instead I felt nothing except, maybe, repulsion.

"It was such a confusing time. I had no idea why I was feeling this way. So after a long time I came across the terms demisexuality and asexuality. Until that point, I only knew about homosexuality, bisexuality and pansexuality.

"After I realised my asexuality I felt at a complete loss – I didn't think I stood a chance at ever finding love if I was unable to engage in sexual activity. I'd been conditioned by society to think that the two went hand-in-hand.

"I spent two years forcing myself to engage in sexual activities feeling completely uncomfortable and utterly disgusted in myself in the hope that I could repress my asexuality and 'overcome it'.

￭ 'We do like a rave!' Inside the UK's last lesbian bars

"I met my fiancé in a pub through mutual friends. [Later] at our friends' house one day, I felt it was the right time to drop into conversation that I was asexual.

"I was careful to watch his reaction as I'd had all sorts of reactions in the past - predominantly negative ones. He was in shock and a little bit confused but what I liked was his honesty and open-mindedness. He expressed that he couldn't say it wouldn't be an issue for him in the future, but as of that point in time, he liked me for me.

"We've made YouTube videos together where we talk about our relationship. Honesty is the absolute key to a successful allo/ace relationship. We have spoken about all sorts of things regarding sex and boundaries. Nothing is off limits. There is no judgement, but there is also no pressure.

"We do have sex - undoubtedly less regularly than some couples and it was a tricky situation to navigate but this is why open conversations about sexuality are important.

"Some days I feel repulsed by sexual activity and I would freak out if I had to think about it. Some days I'm completely numb to it and I'm happy to engage in it to please my partner.

"I've tried to explain that while I don't feel sexual pleasure, there is emotional satisfaction in knowing that he gains pleasure from it.

"[My partner] makes me feel at ease.

"You have to talk about it before you get into bed. It's a massively vulnerable thing to be like that with someone.

"Sex without love exists – so why is it so hard to believe that love without sex exists too? I fall in love and get heartbroken like anyone else."

'Everyone I've been in love with, I wasn't sexually attracted to them at first'

Giovanni, 37, from London, is a creative freelancer and activist who identifies as a gay demisexual.

"I feel a connection with someone and then it turns to attraction, as opposed to the other way round.

"I need to meet someone a few times and feel close and comfortable. I don't think, 'three dates before sex'.

"Every person I've been in love with, I wasn't sexually attracted to them at first. That aspect didn't exist at all.

"I don't mean that I wasn't attracted to them - I felt drawn to them, very drawn. It was a crush. I displayed all the symptoms of a romantic crush. But the sexual aspect wasn't there yet.

"Recently around the UK census, I really wanted to somehow mark my identity on the census. I said on Twitter that it would be nice if people could include that they belonged to more than one sexual identity on it, such as gay and asexual. I got pushback on it, all from gay men, and I was really shocked at the animosity.

"People were completely dismissing it as an identity, or were complaining that every preference needs its own identity now.

"Some people don't understand that you can be gay and asexual. I said to them, 'But you can [still] develop romantic feelings.'"

If you or someone you know has been affected by issues raised in this story, sources of support are available via the BBC Action Line here. 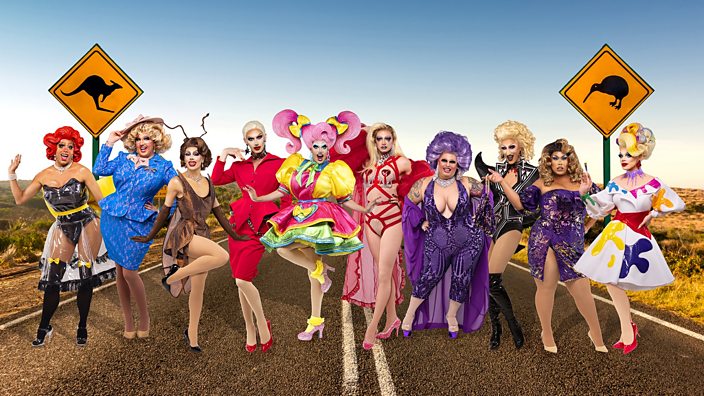 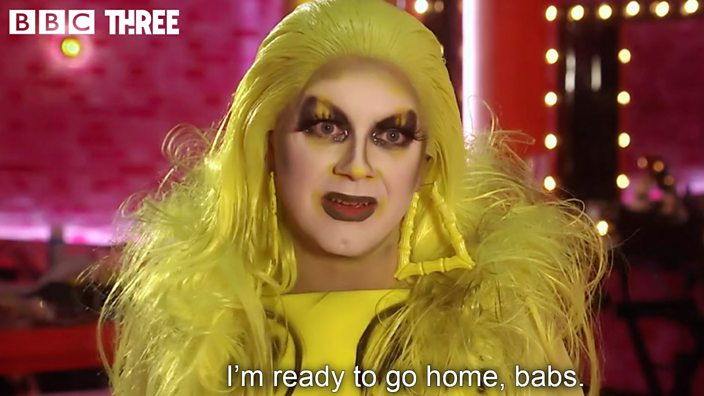 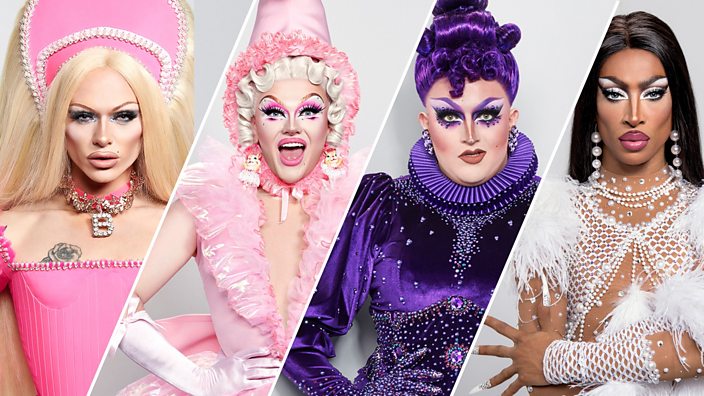 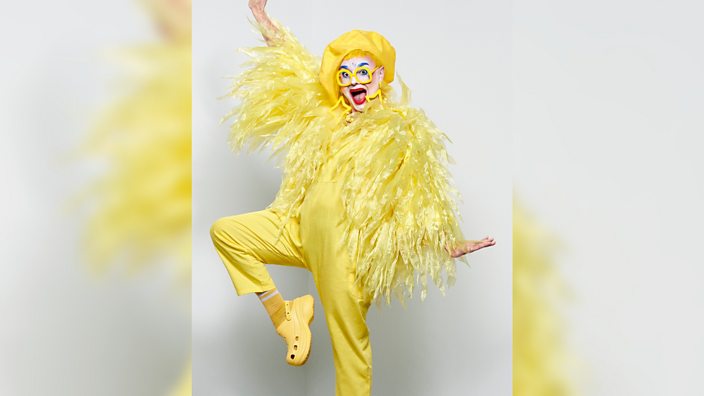 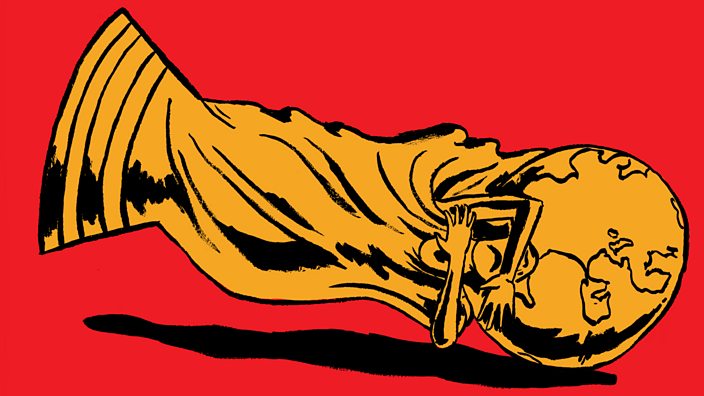 The truth about domestic violence and the World Cup 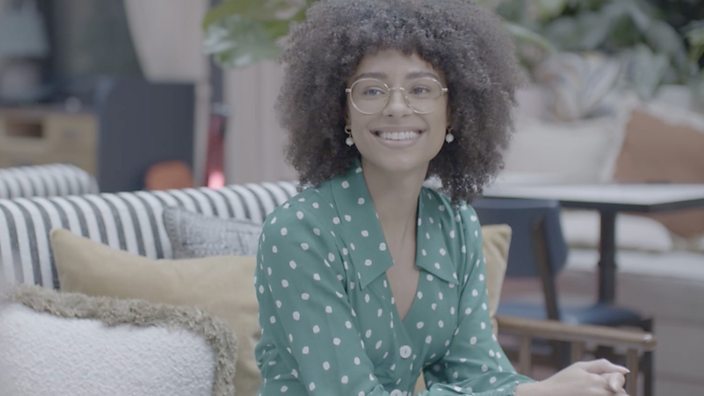