The documentary-maker meets the young women sent on suicide bombing missions by one of the world's deadliest insurgent groups, Boko Haram

Falmata was just 13 years old when the militant Islamist group Boko Haram arrived in her village in northeastern Nigeria. Gunshots rang out in the early morning air as the insurgents rampaged, killing many of her neighbours. “When we saw them we started running, they chased and caught us,” she says. The fighters kidnapped Falmata and other girls from the village. “We were terrified. We knew that once you are abducted by Boko Haram you will never see your family again,” she adds.

Held with many other girls in one of Boko Haram’s camps, Falmata, now 20, says they all helped each other survive their ordeal. The militants ordered her to marry, forcing her into a total of three consecutive marriages as each of her husbands died while fighting with the group. “After this happens to you about three times, they will strap a suicide bomb to you and send you off for jihad,” she says. After her third husband had been killed, Falmata and some other girls were fixed with explosives and sent on a suicide mission.

Falmata’s story, the stories of Boko Haram’s female suicide bombers, and of the insurgency in northeastern Nigeria as a whole, is the subject of a new BBC Three documentary with Stacey Dooley.

Formed in 2002, Boko Haram - which means “Western education is forbidden” in the local Hausa language - seeks to create an Islamic state in Nigeria's predominantly-Muslim north. The group promotes an extreme version of Islam which forbids Muslims from participating in political or social activities associated with Western society, including voting in elections or receiving a secular education.

In 2009, the militants launched an offensive in Nigeria's northeast, seizing chunks of territory. Then five years later, in April 2014, the group made headlines around the world when it kidnapped 276 girls from a school in the town of Chibok, Borno state, prompting an international outcry.

On social media, people tweeted the hashtag #bringbackourgirls, including then First Lady of the United States, Michelle Obama. A few months later, Boko Haram declared the formation of a caliphate, prompting Nigeria and neighbouring countries to begin a military crackdown.

Though beaten back, Boko Haram was not broken. In 2018, it was still ranked as one of the world's four most deadly militant groups by the Global Terrorism Index. The group, and a splinter faction called the Islamic State West Africa Province (Iswap), have continued to carry out attacks in northeast Nigeria and beyond.

After a decade of insurgency, Boko Haram's death toll stands at about 27,000 people, and, according to Unicef, the group has kidnapped over 1,000 children.

Boko Haram is notorious for its use of female suicide bombers. A recent study suggests that between 2011 and 2018 more than half of the suicide bombings carried out by the group were perpetrated by women and girls, some as young as seven years old.

“You’re no longer any use to them [once your husband is dead]. They fix the bomb on you. They tell you to detonate it when you see a crowd of people or soldiers,” Falmata says. She set out, as instructed, but went a different way from the militants’ orders. Having observed how the bomb had been strapped on her, she undid it, and ran.

“Whether or not I escaped was in the hands of God,” she says. “But it was better to die than stay there.”

As Stacey discovers, while many of the female bombers are kidnapped victims of Boko Haram who have been forced into violence, there are some who willingly agreed to carry out the bombings. Stacey meets a former Boko Haram member, now 25, who was only stopped from carrying out an attack because she fell ill on the day.

Both the young woman, who spent nine months in prison after her failed bombing attempt, and her husband joined Boko Haram when she was 15. They stayed with the militants for five years, during which time her husband was killed. After his death, she tells Stacey, she volunteered for a suicide bombing along with two other girls. “Our husbands used to look after us well,” she says. “But, when they died, the other men would no longer bring us food when they came back from fighting. That’s why it was better to do a suicide bomb. I was tired of living.”

Though she says that Boko Haram suggested she commit a suicide bombing to reunite with her husband, she maintains that it was her choice to do so. “We were very excited,” she adds, describing how the militants praised her when she decided to carry out the attack.

But, on the day of the bombing, she had an upset stomach and asked the group to wait for her. “They told me that the timer was ticking and I was being too slow,” she says. “So they left me... and carried on.” Knowing she wouldn’t reach the target in time, she says she abandoned her mission. The others successfully completed it. “I was unlucky,” she says, “God did not grant me that fortune.”

Though the former member has now left the group, and says she wouldn’t return to try a second bombing, she seems hesitant to acknowledge that most Muslims worldwide are repulsed by Boko Haram’s narrative and their use of suicide bombers. “Everyone has their own beliefs,” she says, her eyes fixed firmly on the floor. But she does add that she is grateful to God for giving her a “second chance”.

The ability of female suicide bombers to slip into a crowd without attracting too much suspicion is something that two brothers, both victims of a bombing back in April, are all too familiar with.

It was evening and a crowd had gathered in a busy part of Maiduguri which, although it has been secured by the military, is still subject to insurgent attacks. While people went about their business, the militants sent two bombers into their midst.

Both brothers were hit by the second blast which exploded near their home. “It felt as if my whole body was on fire,” one of the brothers, whose right leg is still swathed in a cast, says. It was the second time in three years that he had been caught up in the conflict. “We’re really sad about it,” he says, with a haunted look on his face.

For those living in places like Madiguiri, this constant threat forms part of their daily lives. Stacey gets a brief sense of it during her stay when, one night, she hears six explosions from her hotel room. The blasts turn out to be the Nigerian army attacking enemy positions but it helps her understand the fear the city’s residents live with on a daily basis. “I appreciate that it’s just one night for me, but this is what their lives have been like for a really long time. It must be completely exhausting and really frightening,” she says.

Since the violence began, more than two million people are believed to have been displaced by the insurgency. Today, the Nigerian government insists that Boko Haram has been 'defeated' but the militants still manage to draw in new recruits.

To understand why people might side with the insurgents, Stacey travels to Banki on the Nigerian-Cameroonian border - one of the areas that has been hit hardest by the conflict. She visits a displacement camp there - home to tens of thousands of people who have fled the militants’ violence.

Run by the Nigerian military, Stacey notices that the camp holds a disproportionate number of women and children. Several of the women tell Stacey that their husbands were detained by the military and that they don’t know where they are now. One woman says the military killed her husband and many others. “When we got [to Banki], they immediately blindfolded him and beat him in front of me, he was pouring blood,” she says. “He was taken away. Then, after two days, I was told my husband is dead.”

The women say the military suspect them of being Boko Haram sympathisers, simply because they came from areas held by the group. Amnesty International has accused the Nigerian military of torturing and killing thousands of people, and of raping and starving women in displacement camps. Nigeria's military has dismissed the allegations as malicious and false.

Throughout the documentary, we see the suffering that women and girls in northeast Nigeria have endured.

But work is underway to heal the scars of this long and bloody conflict. Programmes have been set up in the northeast to help victims move on with their lives. The young woman who was willing to die for Boko Haram is enrolled in a rehabilitation scheme run by an activist named Hamsatu Allamin, who sees the group’s pull as “an indictment of the larger society”.

Her method is to sit with women and girls who have left Boko Haram, and speak to them about their experiences, trying to “deradicalise that mindset”. The young woman tells Stacey that her “heart is not with [Boko Haram] any more,” and acknowledges that the group would now judge her to have “joined the unbelievers”.

Elsewhere in Maiduguri, a school called the Future Prowess Academy has been built for children orphaned during the conflict. In the school, where the children of army and Boko Haram fighters study side by side, the focus is on the future. Fatima, the head girl, whose dad was killed early on in the conflict, tells Stacey she hopes to design and build aeroplanes. “Education is going to heal the wounds,” she says.

It is a view echoed by Falmata, the young woman who escaped from Boko Haram. Now living in a camp, she is starting to build a new life for herself but still longs to go back to school. “I want to study again,” she says. “I would be really happy if that were possible.” 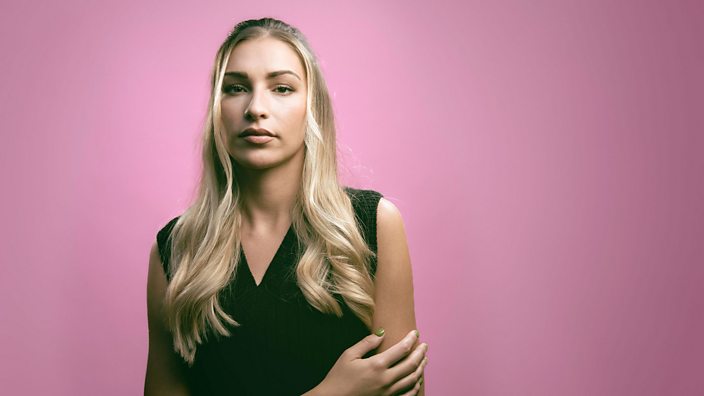 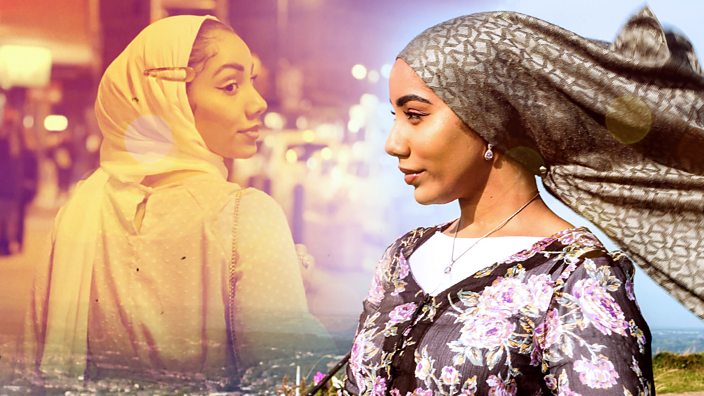 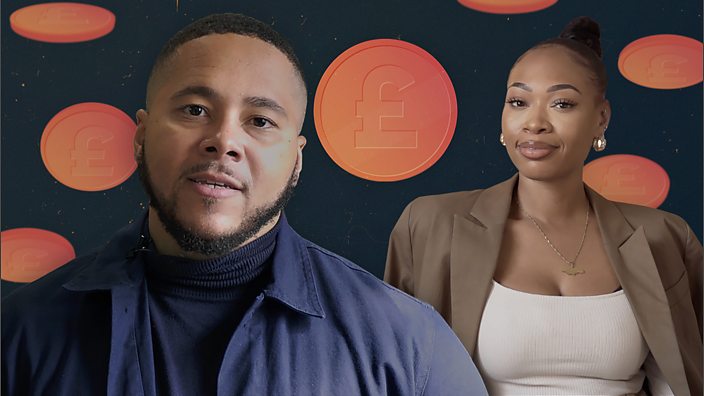 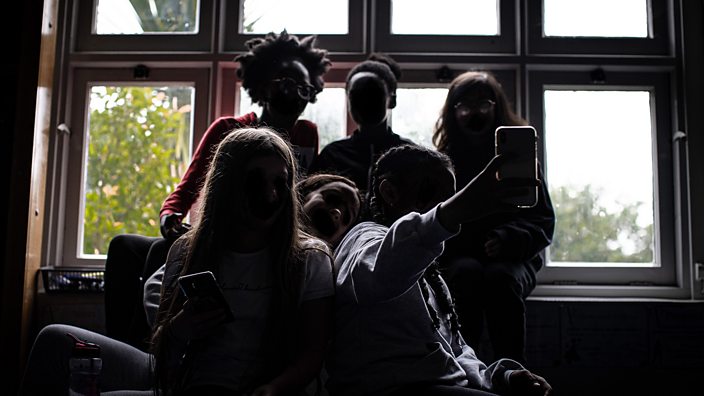 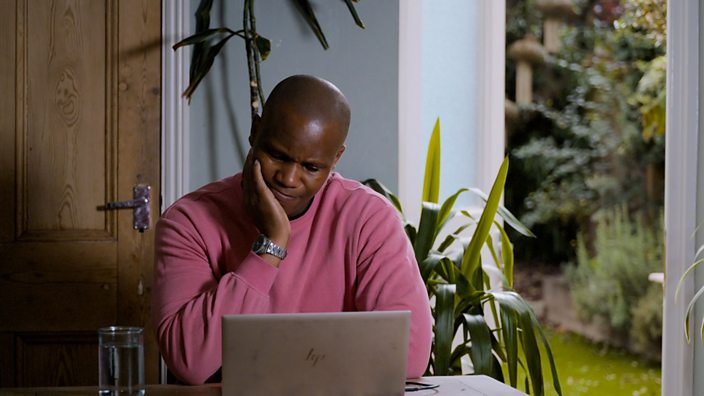 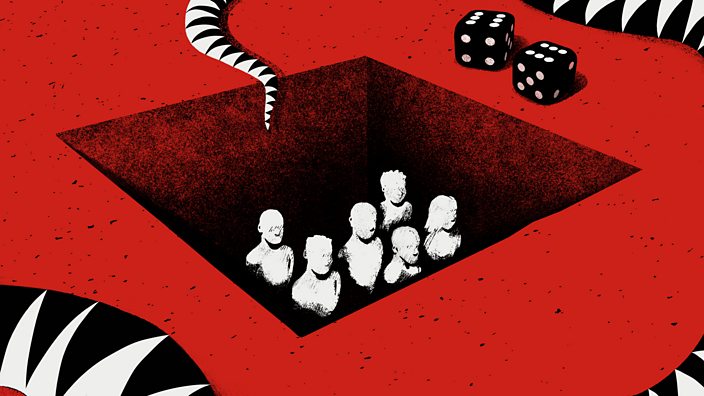 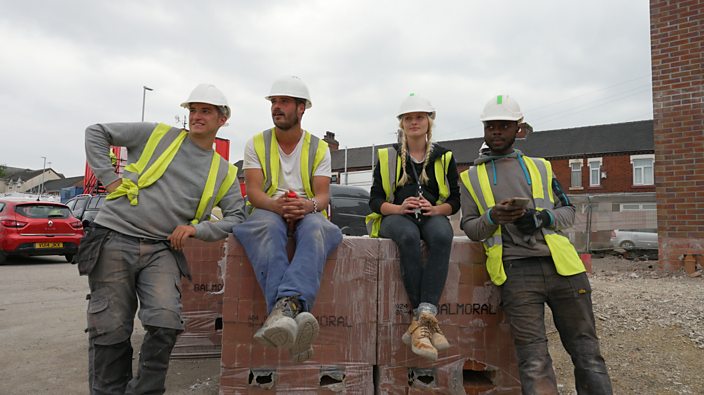 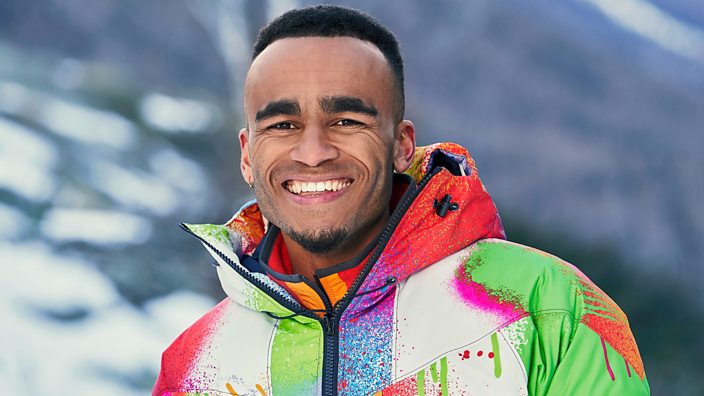 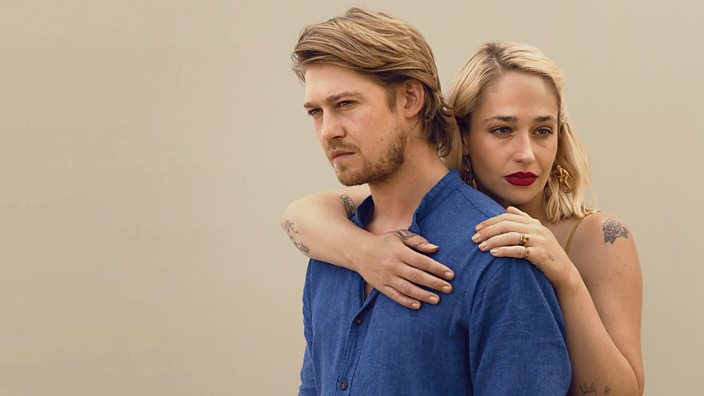 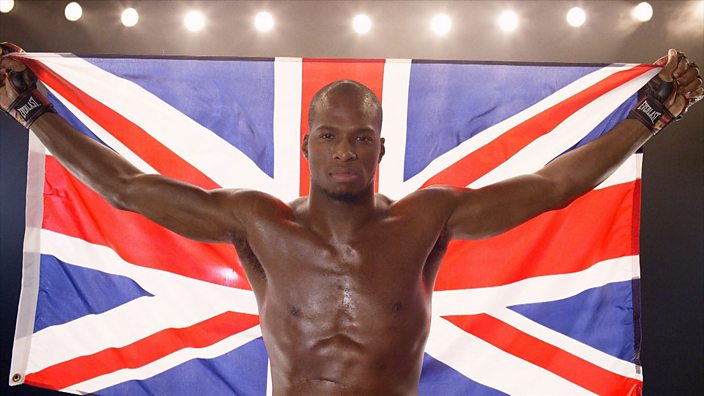 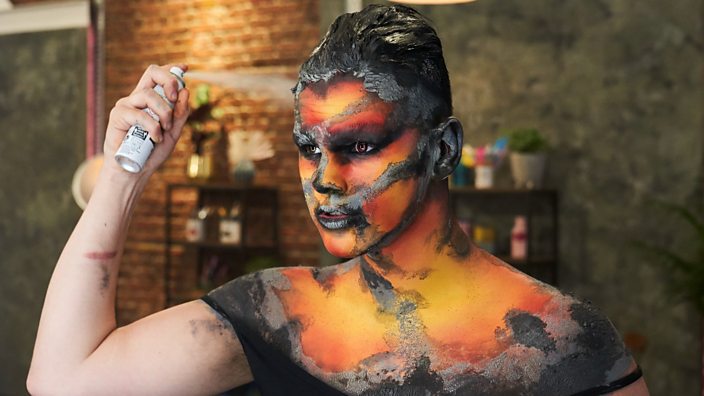