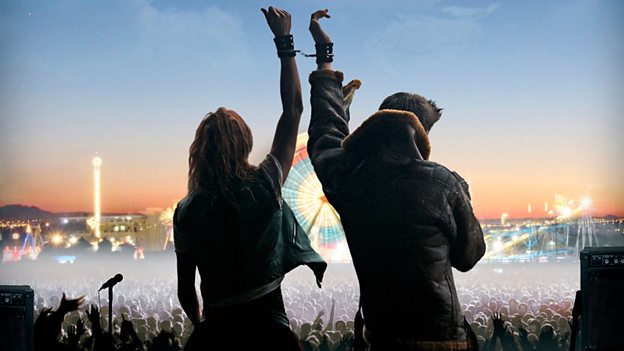 No connection, nothing compared to what I have with your girlfriend.

Adam and Morello have a big problem.

It's not that Adam is the heart-throb lead-singer in a famous electro-pop band OR that his girlfriend is a spoiled stroppy supermodel. His problem is Morello's problem.

Morello's problem isn't that she's lead singer in a struggling post-punk riot girl band OR that she's dating a banker.

No, her problem is that she has to perform the biggest gig of her life at a music festival while hand-cuffed to the kind of person she totally despises - Adam.

So begins an out-there odd-ball romantic comedy filled with lust, mud, betrayal, booze, portaloos and a hundred thousand people partying to the greatest music in the world - none of whom seems to have the key - not to the meaning of life - but to the handcuffs.