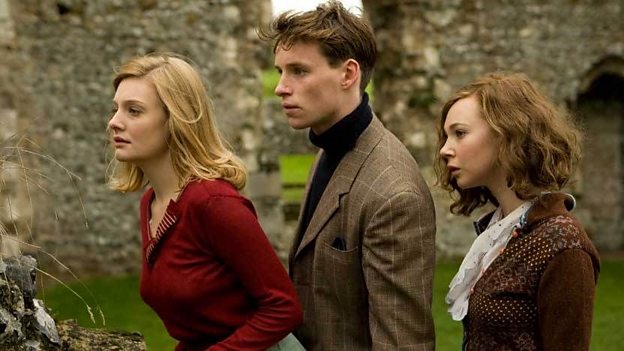 This little war makes everything uncertain.

GLORIOUS 39 is a tense psychological thriller, from acclaimed director Stephen Poliakoff, about a young woman who uncovers dark secrets about Britain's relationship with Nazi Germany in the lead up to the Second World War.

In present day London a young man explores his family history, asking searching questions of his elderly cousins (Christopher Lee and Corin Redgrave). But as he asks more and more about a woman called Anne - are his motives as simple as they seem?

In the gorgeous summer of 1939, Anne (Romola Garai) seems to live a gilded life - a budding young actress, she's the adopted daughter of Tory grandee Alexander (Bill Nighy) and head-over-heels in love with Foreign Office official Lawrence (Charlie Cox). She discovers some innocent-seeming recordings of meetings - but as she begins to understand quite what her discoveries mean, a tangled web of dark secrets begins to unfurl. People who have come into contact with the recordings are threatened and even die. The innocent certainties on which her life has been based dramatically unravel and amidst a growing sense of menace and betrayal, she has to confront the bitter choice she will be forced to make.