Sit back, relax and watch five minutes and 50 seconds of a potter at work.

This is probably the best known of the many interlude films made for the post-war television service.   The films were made to cover for the many intervals in programming, to allow for changes between studios, or for the frequent studio breakdowns.

The potter's wheel film shows the hands of Georges Aubertin as he throws a pot, accompanied by music.   It was typical, in that it was mildly engaging, but not so much that the viewer would miss anything if they looked away.   Viewers who stayed alert noted that Aubertin never finished the pot, but just kept remodelling it. 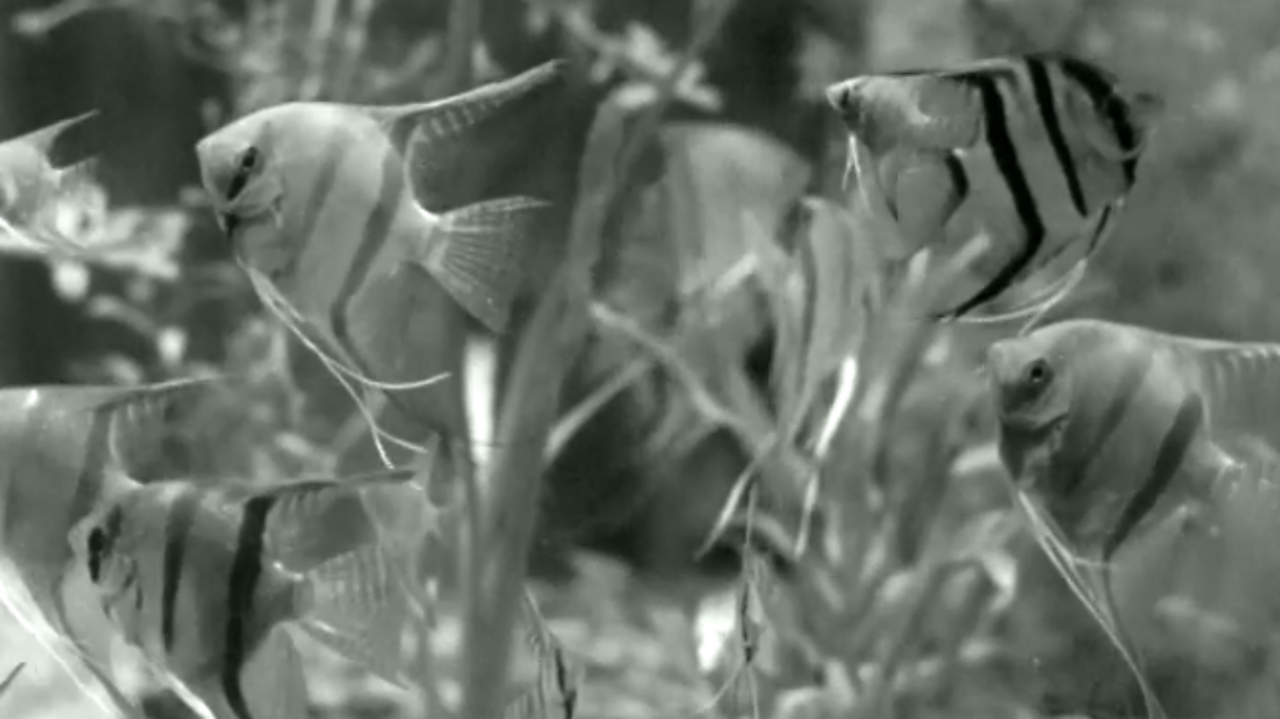 Be mesmerised by these wonderful Angel Fish within their fish tank Relax with these beautiful short fillers, from sandy beaches to playful kittens