You are in: Home > Grammar, Vocabulary & Pronunciation

Mohammad Atai from Iran asks:
I worry / I am worried 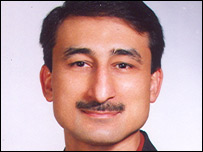 I do appreciate receiving your advice regarding the use of to worry and to be worried. Actually, when do we use the following sentences?

Hello Mohammad! There’s no need to worry – I'm here to answer your question! First of all, let me say that both of your sentences are grammatically correct. So we need to have a look at the way we construct them and use them to see how they’re similar and how they’re different.

Now let’s look at the first one. When we say I worry about you we use the verb to worry in the active form. So the subject is I, the object’s you, so it's a simple subject – verb – object structure (and there’s a preposition between the verb and the object, that’s about).

Now the second one - I am worried about you - starts with a subject, but then it has the verb to be followed by the past participle of the verb worry. Now, you can see that worried operates as an adjective in this sentence; also, the phrase I am worried can be understood as a passive structure, where the passive subject (I) is before the verb and the agent (you) is after the verb (or we don’t mention it at all).

So, which form should you choose for which situation? Well I think that the first one - I worry about you - is a general statement which means that the speaker is generally worried, most of the time, about this person. But the second statement – I am worried – seems to have an element of ‘now’ about it – the speaker seems to be talking about a specific feeling (that’s worry) that he or she has at the time of speaking – and he or she’s mentioned the cause or the reason for the feeling - about you – and that reinforces the idea that the worry is specific to this situation.

So, to show you what I mean, let’s extend the sentences with a bit of context. If I say,

I worry about you – I’m your mother

that’s a specific situation. Maybe you’re usually not underweight at all but in this situation I think you look thin and I am worried about you.

OK then Mohammad, thanks very much for your question and I do hope you're not too worried about your English!
About Catherine Chapman
Catherine Chapman has a BA (hons) in Communication Studies, CTEFLA, DELTA and a Masters Degree in Educational Technology and English Language Teaching with Manchester University (UK). She has taught EFL, EAP and IT skills in several countries, worked in ELT management and has developed web-based ELT/EAP materials projects in institutions including Istanbul Technical University (Turkey) and Newcastle University (UK). She now works as an ELT Writer for BBC Learning English.
MORE ON THIS TOPIC
Grammar Challenge - simple passives Learn It! - the passive Learn It! - participles as adjectives
MORE QUESTIONS