You are in: Home > Grammar, Vocabulary & Pronunciation 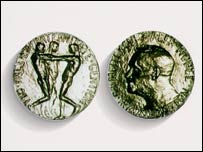 Please, I could not understand the difference between eminent and prominent…

Hello Javed! Eminent and prominent are both adjectives, and they can both be used to talk about people who are very well-known and successful in their profession. Here are some example sentences:

The proposal for the research centre has the backing of Sir David Jones, one of the world's most eminent statisticians.

As a prominent local businessman, Mr Johnson served on many committees and was elected to be the chair of the board of governors.

Eminent contains the idea of respected. For example, if a doctor is very well qualified, has had a lot of success in his or her career and is often asked to give advice to other doctors because he or she is known to be so good at the job, we can describe them as eminent.

Prominent has the idea of being well-known and important. Bill Gates is a prominent figure in the world of computers, for example.

Now, it's possible to be a prominent person without being eminent, since eminence depends on respect which is earned through skill, education, public recognition. For example, a pop star might be prominent but they probably wouldn't be described as eminent.

And prominent has a couple of other meanings as well. It can mean 'easy to see or notice'. For example, we could say:

His arm was badly cut in the accident and he has been left with a prominent scar.

And a further meaning of prominent is 'sticking out', for example:

The builders did a really bad job. The floor was very uneven and there was a prominent bump in one of the walls.

Right, I hope that answers your question, Javed, and I hope that you become both prominent and eminent one day!

About Catherine Chapman
Catherine Chapman has a BA (hons) in Communication Studies, CTEFLA, DELTA and a Masters Degree in Educational Technology and English Language Teaching with Manchester University (UK). She has taught EFL, EAP and IT skills in several countries, worked in ELT management and has developed web-based ELT/EAP materials projects in institutions including Istanbul Technical University (Turkey) and Newcastle University (UK). She now works as an ELT Writer for BBC Learning English.
MORE ON THIS TOPIC
Learn It! - effect / affect, efficient / effective Ask about English - enquire / inquire Ask about English - hear / listen
MORE QUESTIONS