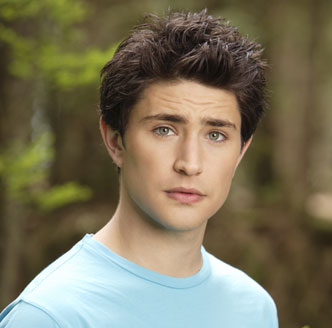 Kyle is a mysterious teenager who wanders out of the woods with no past, no belly button and no idea who he is. With the help of the Tragers, a loving family who open their home to him, Kyle begins to piece together who he is and where he has come from. But the more he uncovers the more his past begins to seem more mysterious and more dangerous than his present.

Matt Dallas has been acting since the age of twelve when he landed the role of the Gander in the local Phoenix play of "The Ugly Duckling." After several years in community theater, Dallas moved to LA where he made his first big splash modelling in magazines like Vanity Fair and Glamour. Modelling led to a guest appearance on HBO's "Entourage" and a lead role in the short film "The Visitor."

Matt has appeared in the James Blunt video "Goodbye My Lover" co-starring with Misha Barton ("The O.C.") and more recently, Katy Perry's "Thinking of You" video. He was also in the feature film, "Babysitter Wanted."