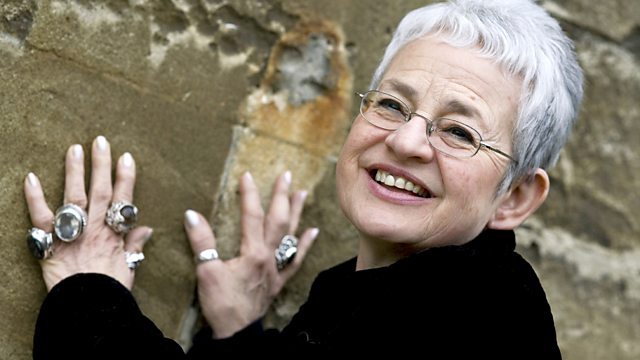 Sue Lawley's castaway this week is the Children's Laureate Jacqueline Wilson. She's won just about every award going for children's fiction and, in a career spanning more than 30 years, has written more than 80 books. Even as a child she knew she wanted to write but, after an inauspicious time at school, she reluctantly trained to be a secretary instead. Then she began to pitch ideas for a new teen magazine, Jackie, her stories were bought and she quickly became a staff writer.

But she was 50 before she devised her most famous creation, Tracy Beaker. Tracy is a streetwise, feisty girl growing up in the competitive world of a children's home, who never loses the hope that one day her mum will come back for her. The book was a breakthrough for Jacqueline and its subsequent television adaptation introduced her to a mass audience. In 2002 she was awarded an OBE for services to literacy.

Favourite track: Concerto for Piano and Orchestra No 5 in E flat by Ludwig van Beethoven
Book: The collected works by Katherine Mansfield
Luxury: A fairground carousel