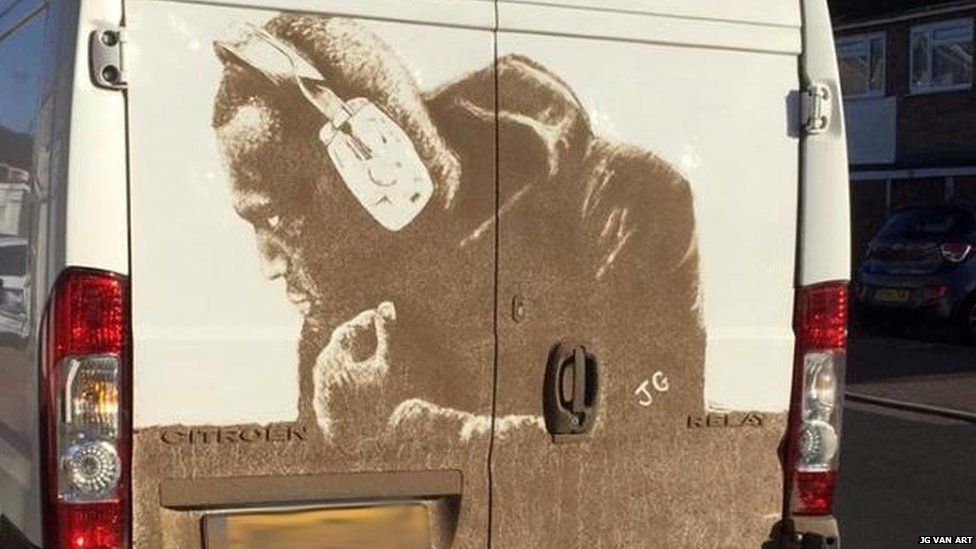 Image caption Stormzy retweeted this image of himself with the caption "Mad!!"

His artwork on vans he uses for work in Harwich, Essex, features boxers, musicians, films and tributes.

"You just have to keep stepping back, looking at it and taking a bit off.

"It doesn't take much for it to go out of shape and when it's supposed to look like someone it's so difficult to get the features in the correct place".

James said he drew Stormzy after being asked to by his daughter.

"He retweeted it with the comment "Mad!!" and I was quite honoured to be honest.

"And he wasn't offended by it in case he thought it was rubbish." 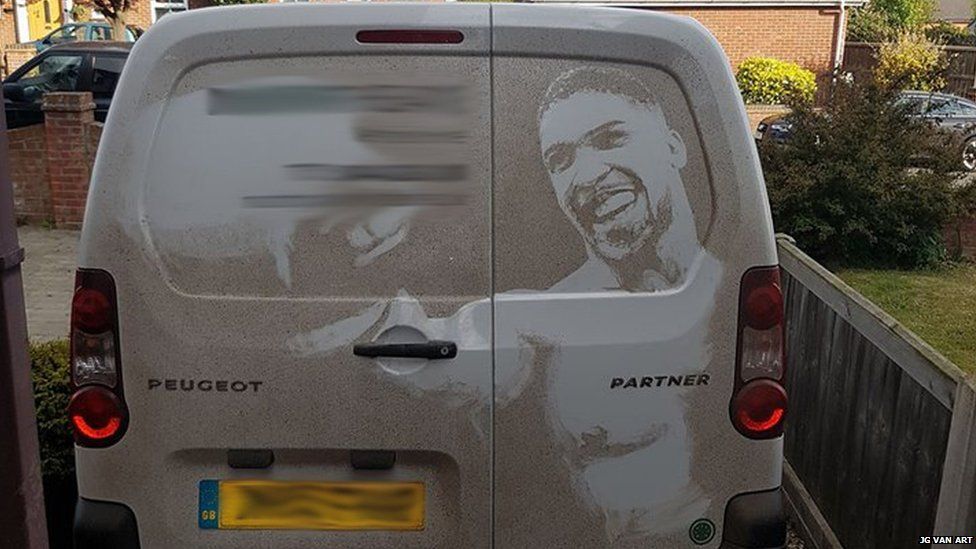 "The quickest one I did took about two hours.

"Because it was soldiers in a trench, viewed from the back, there were no faces it was an easy image to reproduce."

James says he uses his fingers, his daughter's make up sponges, old bits of cardboard and toothpicks to create his artwork.

"Hopefully it's a dry enough day without too much moisture in the air, otherwise you pull too much dirt off.

"I've been doing it for just over a year and I've done around eight.

"It started off as stress relief and it's become therapeutic in a way, I can get lost in it." 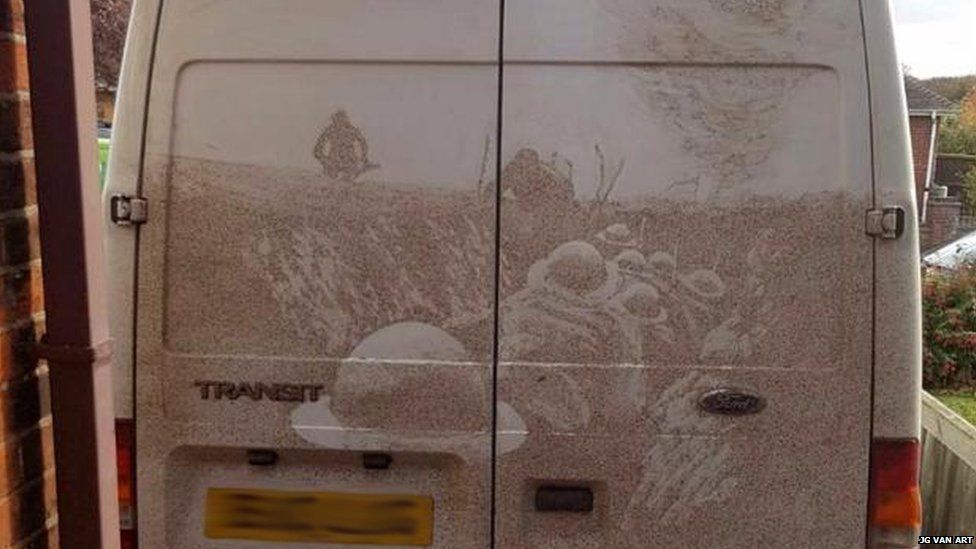 "The Remembrance Sunday one was obvious as I did it at that time of year [November] and Anthony Joshua was a request from a friend.

"I used to love cartoons as a kid, then from school, graffiti, and I didn't do anything with it.

"I always wanted to get back into it and one Friday afternoon I did one on the back of a van and that was it". 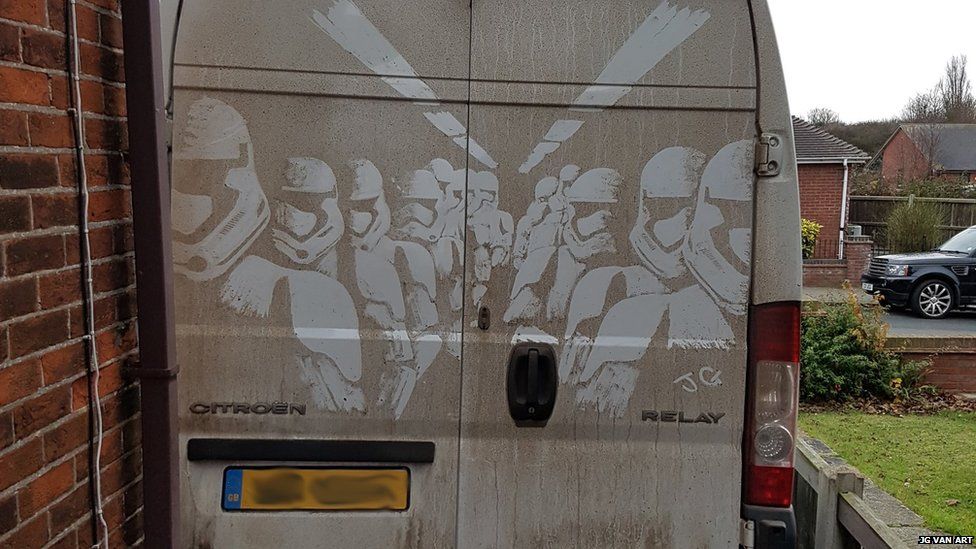 Although it's not just Star Wars which gives him inspiration.

Pennywise the Clown, from Stephen King's It, also features on his van.

"It's gone crazy today, the phone calls I've had are crazy". 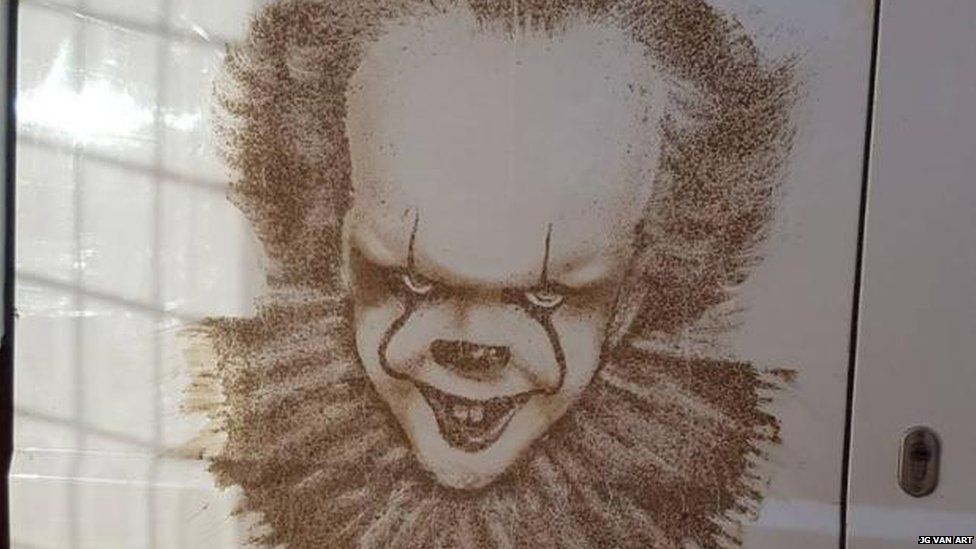 As for his next piece?

"I have got an idea of one, the Foo Fighters, Dave Grohl, but it'll definitely be something different.

"I think it'll be quite an interesting picture if I can pull it off."

You What? Art Harwich