Organ donation: 'If black lives matter, then this is an opportunity to prove it' - BBC Newsbeat

Organ donation: 'If black lives matter, then this is an opportunity to prove it' 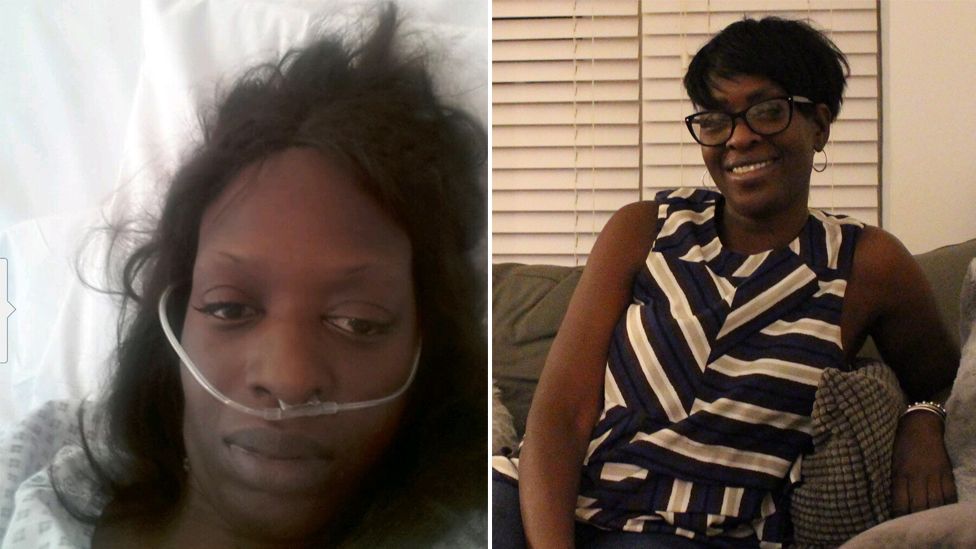 A charity wants more black people to donate their organs after only 17 people from the African Caribbean community donated a kidney last year.

Nina is one of the rare people from the black community who donated her kidney.

'It wasn't a big decision' 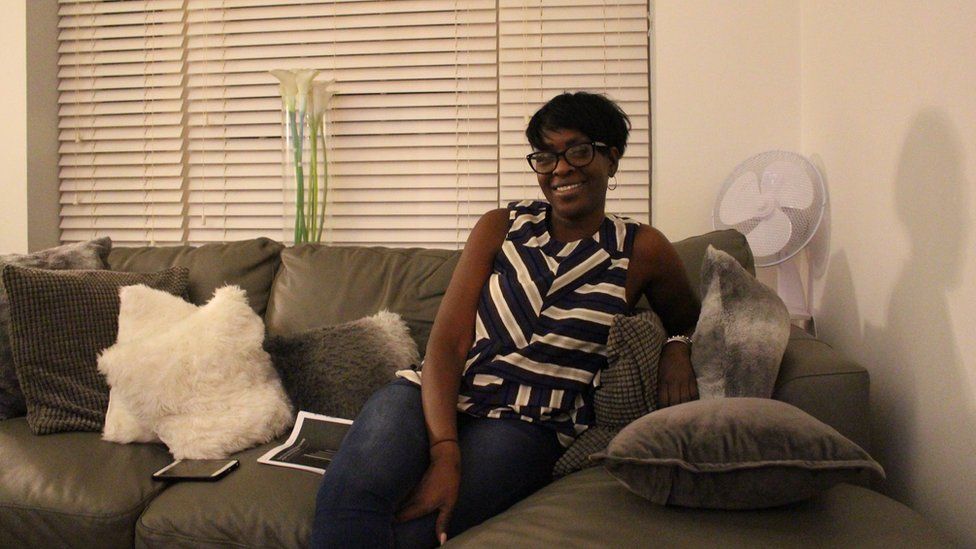 She is a hairdresser in south London.

When she saw the health of one of her clients deteriorate due to kidney failure, she decided to help by donating her kidney.

"If I know that I've got something that can help somebody else, I just don't see why I wouldn't do it," she tells Newsbeat.

Her kidney ended up going to another person - the daughter of another one of her salon clients.

"To be honest, it wasn't a big decision. I knew that you don't need to have two kidneys," she says.

The whole process took about a year, but for Nina it was all pretty simple.

'Why wouldn't people do this?' 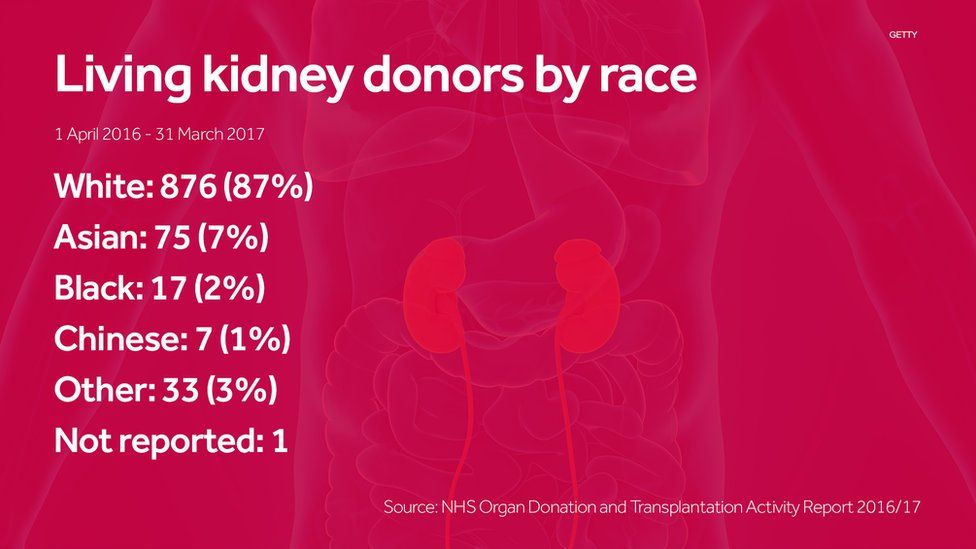 She says: "Before, it was a no-brainer. But after I did it, it made it even more like, 'why wouldn't people do this?'

"It is major surgery - I'm not trying to downplay it at all - but it really isn't that difficult."

Nina says she knew there was a reluctance in the black community to donate, but she didn't realise quite how big it was.

At the end of last year, there were more than 600 African Caribbean patients still on the waiting list for a kidney, according to the NHS.

'People think donation is incompatible with their culture' 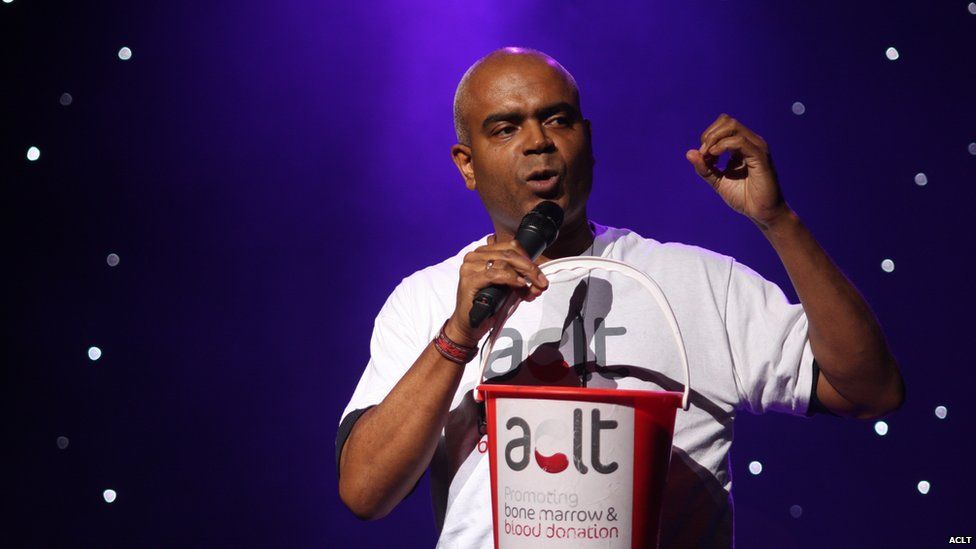 "A white person can donate a kidney to a black person and other ethnicities," says Orin Lewis, co-founder of the ACLT.

But, he says, "transplant doctors would prefer someone from the same ethnicity as the patient".

Blood types and tissue types are more likely to be a match when they come from a donor of the same race.

It's an issue explained in an NHS Twitter thread which went viral a few weeks ago.

Orin says there is a taboo in the black community in donating organs.

"Many communities believe that donation is incompatible with their culture or their religious faith," he says.

"Add in a bit of mistrust of the NHS."

'There's fear in the black community'

Nina says she experienced this when she donated three years ago.

"Some of my friends and family were dead against it," she says.

"There's fear in the black community about having operations anyway - especially for me to have an operation that I didn't need to have."

But she reminded them that "the chances of you not coming out of that operation are slim to none, and your life won't change".

How can it be turned around? 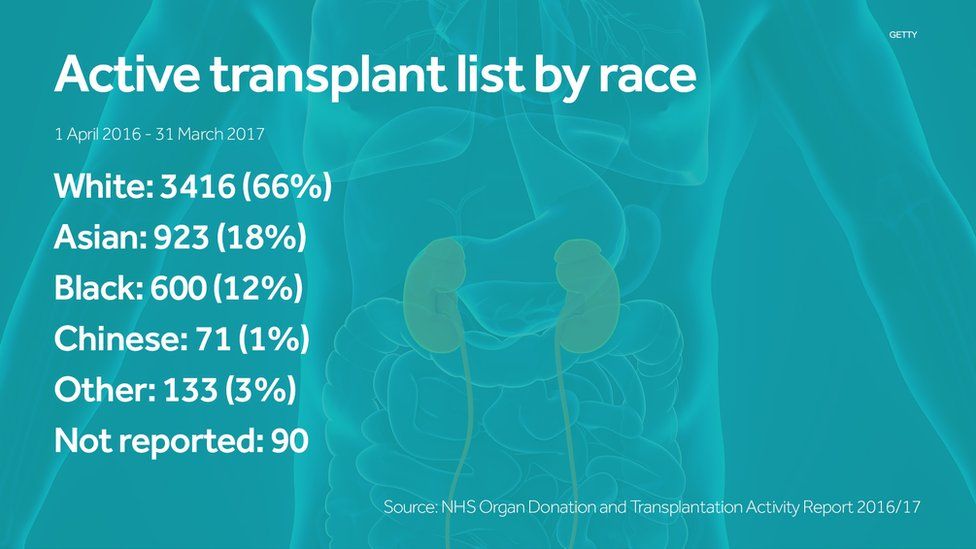 Some of the obstacles - like religious or cultural reasons - to not donating are deeply ingrained, making them harder the overcome.

"Race is very important to this. There are people who say they want to do something for the greater good," says Orin.

"If that is someone from their background then that's a bonus [to them].

"If black lives matter, then this is an opportunity to prove it.

"Because the numbers are quite shocking."