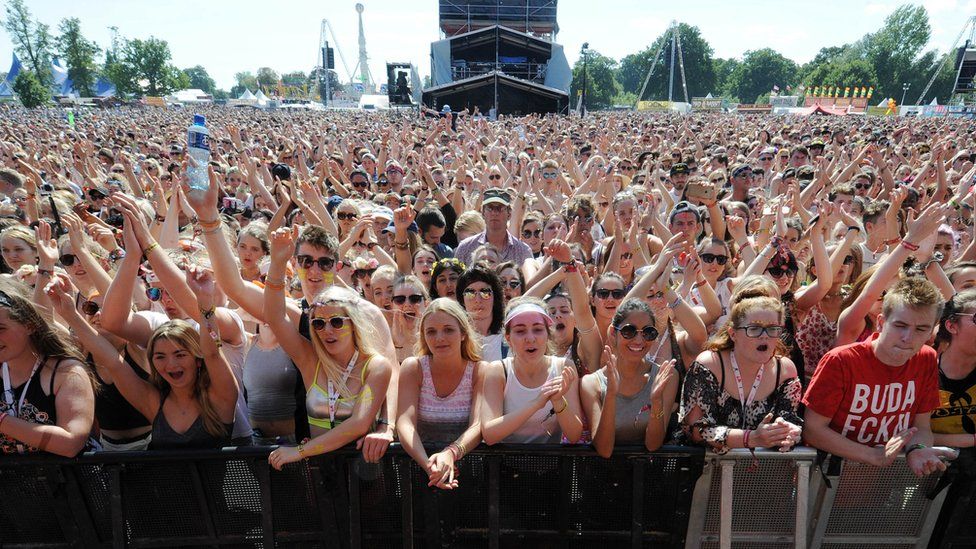 V Festival is to get a new name after Virgin announced it will no longer be sponsoring the event.

Richard Branson made the announcement that his company was pulling the plug after 22 years.

"Being part of V Festival has been an honour and there are some amazing moments that will stay with me forever," he said in a blog.

V Festival tweeted the event will carry on in 2018 and its new name would be announced soon.

The festival takes places at two sites - in Hylands Park, Chelmsford and Weston Park, Staffordshire - on the same weekend in August.

On the Virgin website, Richard Branson added: "Working on V Festival has been a brilliant journey filled with great people, fun times and exceptional music."

He said the company would be looking at new ways to "disrupt the industry to ensure music is a force for good".

Over the years, huge acts such as Beyonce, Justin Bieber, Kings of Leon and Little Mix have performed at the festival.

Festival Republic boss Melvin Benn told Music Week there are plans to expand the event from two to three days at both sites.

"I believe the demand warrants it - the demand and the talent are out there," he said.