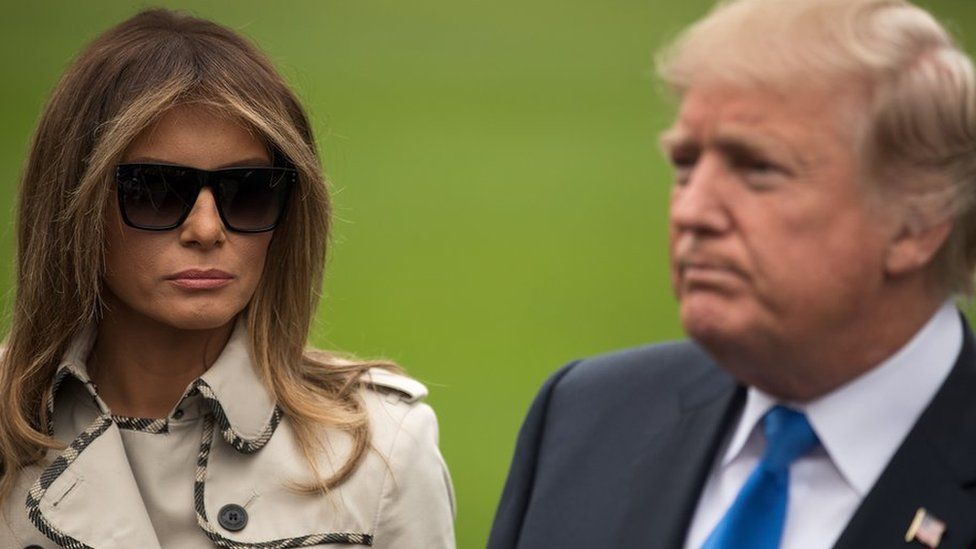 Footage of US First Lady Melania Trump in sunglasses next to her husband has got many wondering if a body double was being used to "play" her.

She and the president were facing reporters ahead of visiting the US Secret Service training facility in Maryland in America.

Speaking on the White House lawn Donald Trump pointed out: "My wife Melania, who happens to be right here."

This seemed to add to the tongue-in-cheek conspiracy theories.

"I initially didn't notice," wrote @JoeVargas, "but thought it was strange when he said "my wife Melania, she's right here" to try & convince media it was her." 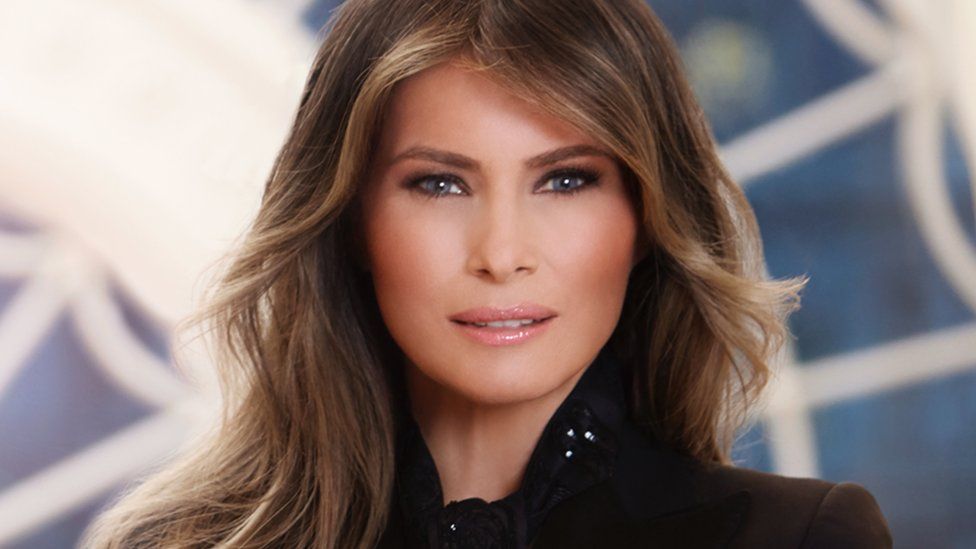 What Melania Trump's portrait says about her 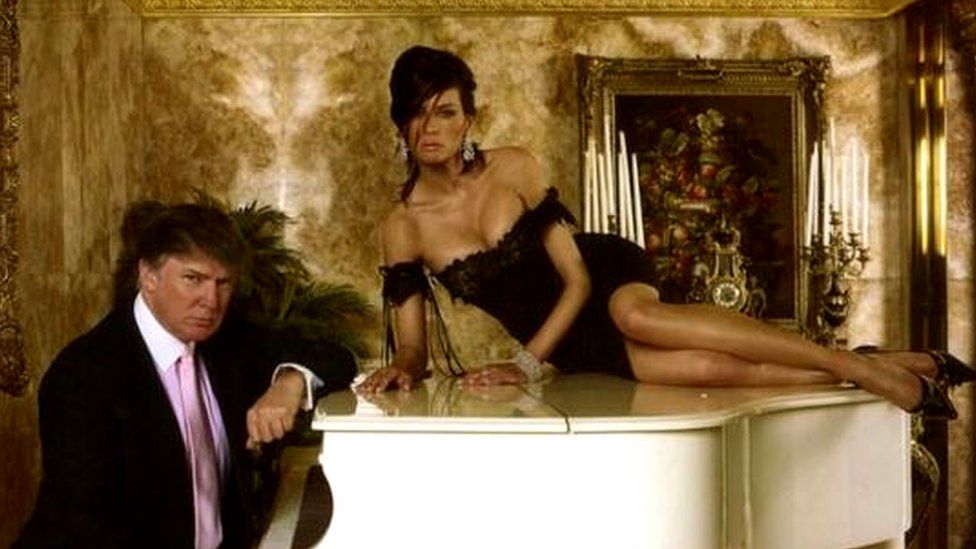 The next first lady in her own tweets 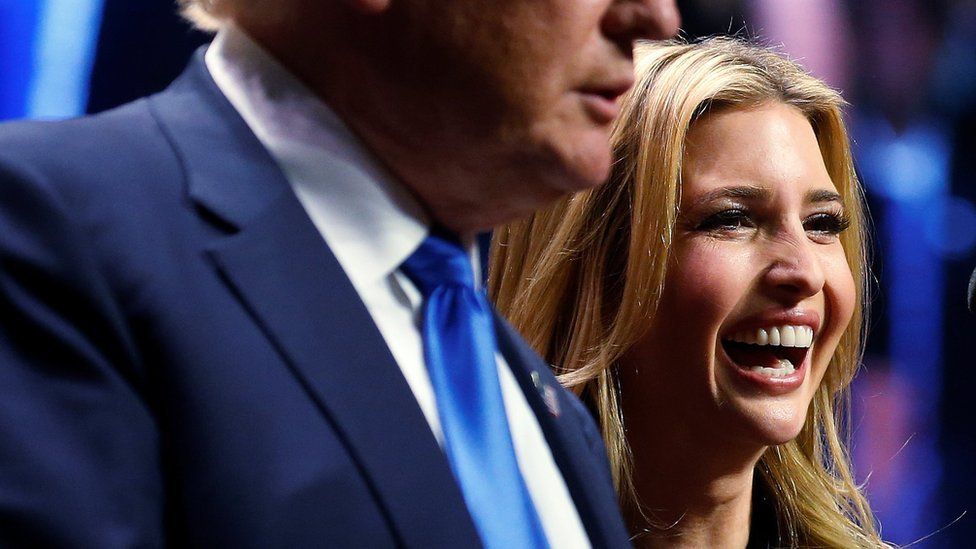 America's other next first lady?

Others on Twitter thought the president had gone as far as replacing his wife with a robot.

But Dave had other ideas.

Not everyone was sold on the artificial Melania idea however. 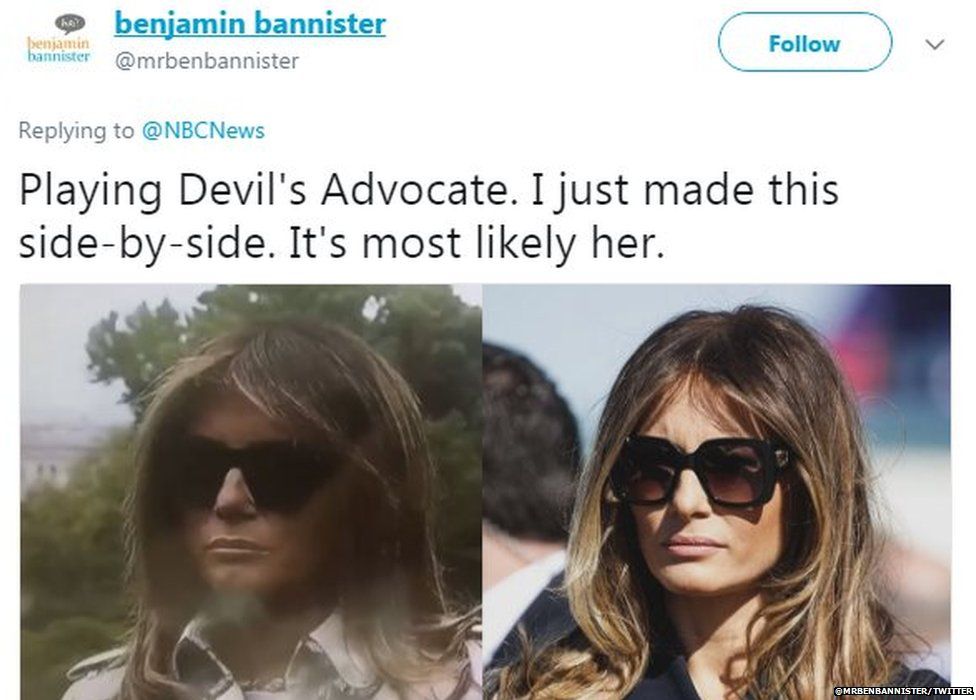 We can reveal the woman in question was neither a robot, nor a stunt double.

It was the actual Melania Trump.

She took her glasses off. 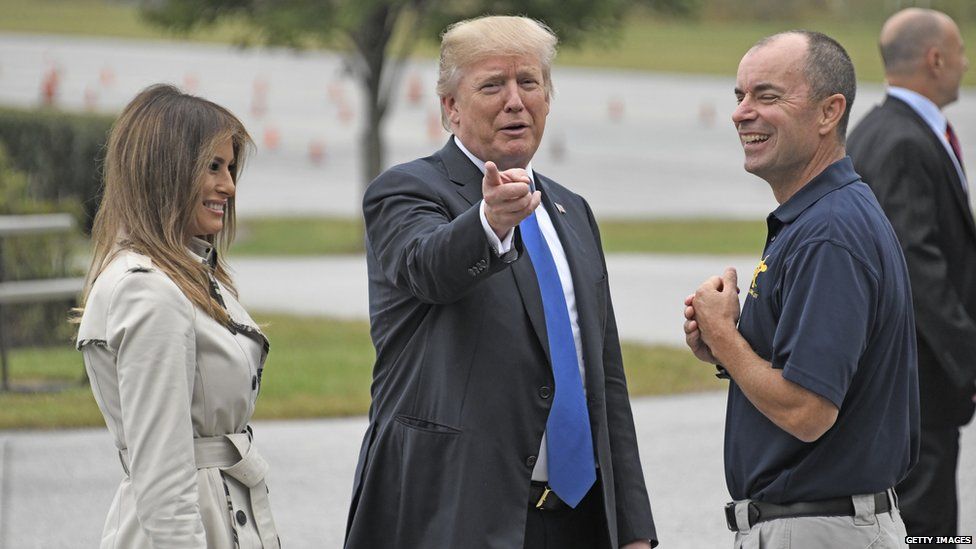 Image caption "I had you for a second there!"