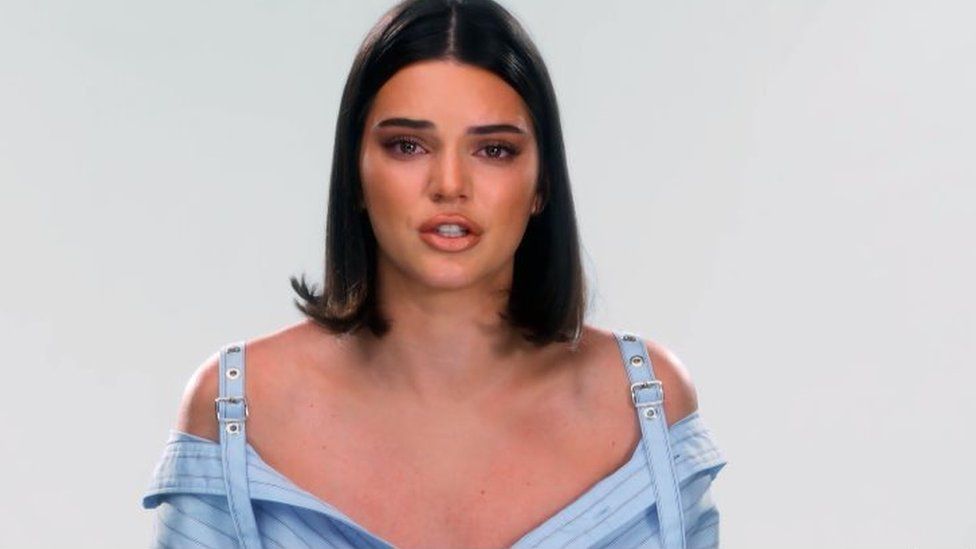 Kendall Jenner says she feels "really bad" if she offended anyone after appearing in a controversial Pepsi advert earlier this year.

She was accused of undermining the Black Lives Matter movement after handing a can of the soft drink to a police officer during a protest.

Speaking in a new episode of Keeping Up With The Kardashians, the model says she'd "never purposely hurt someone". 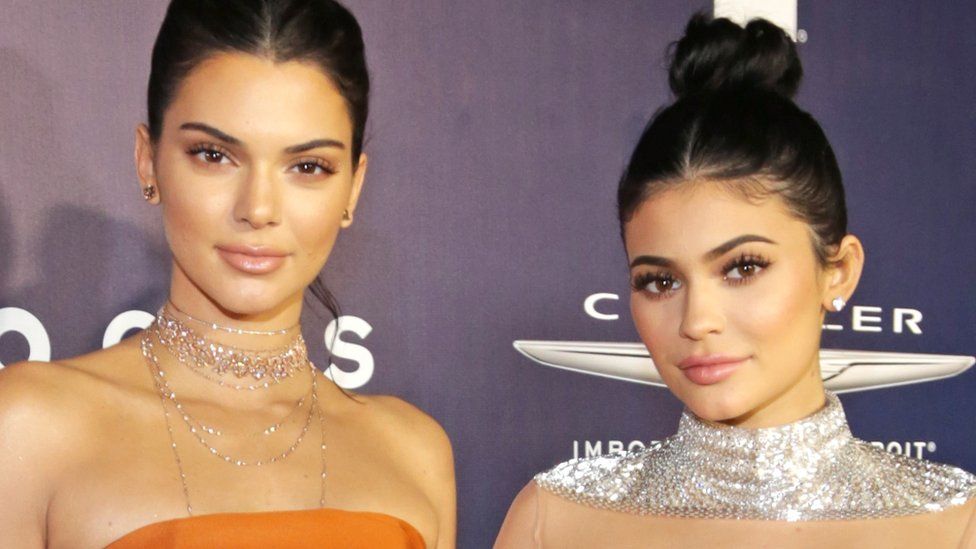 Kendall and Kylie apologise for T-shirts 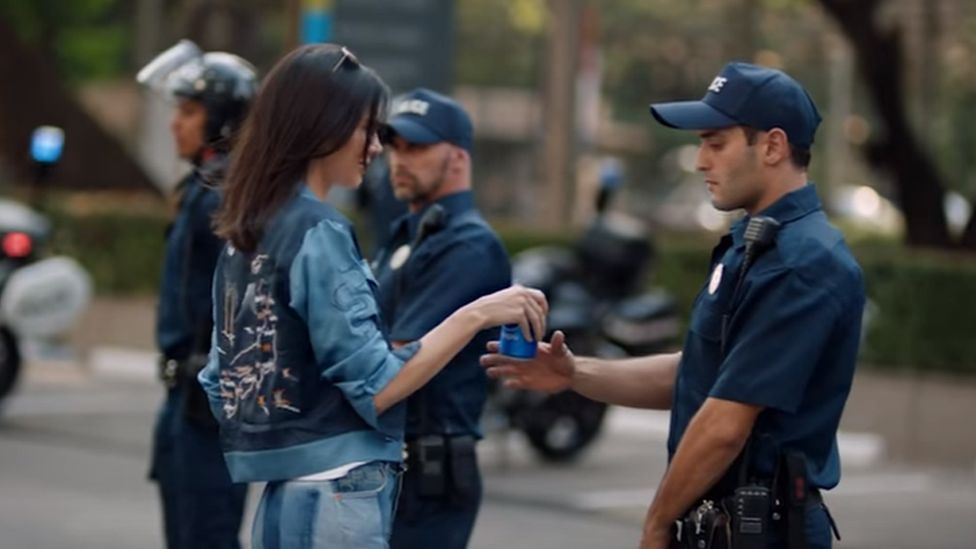 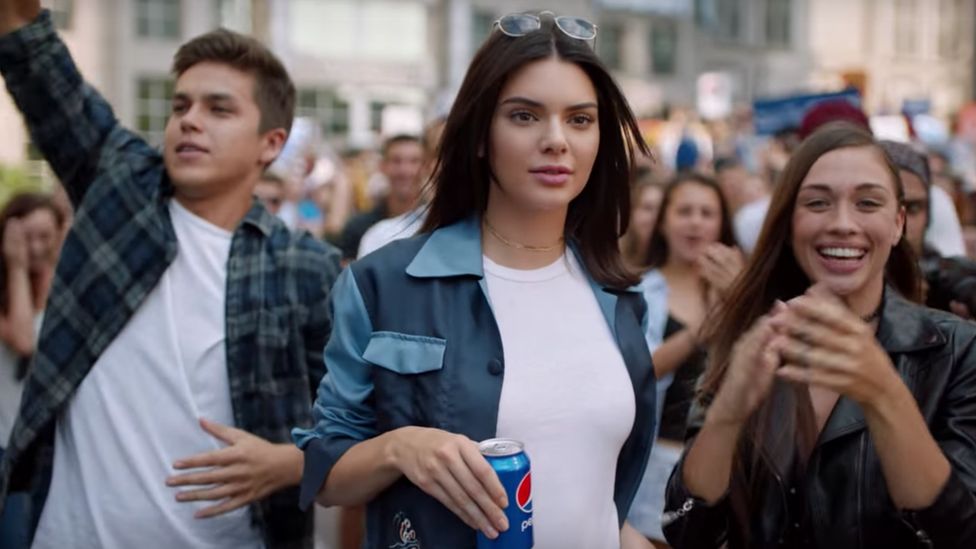 Whose fault is it when ad campaigns go wrong? 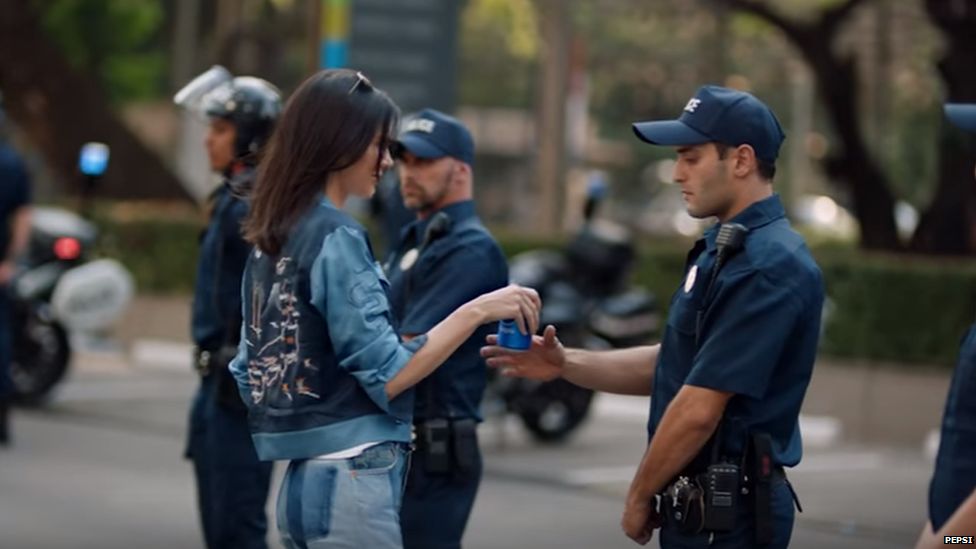 "I have no idea how I'm gonna bounce back from it."

Kim Kardashian is then seen comforting Kendall and telling her she'll learn from the experience.

"This is the first time you've had a scandal," she says. "This is your first real experience with something like this.

"This is just gonna be the biggest lesson learned for you." 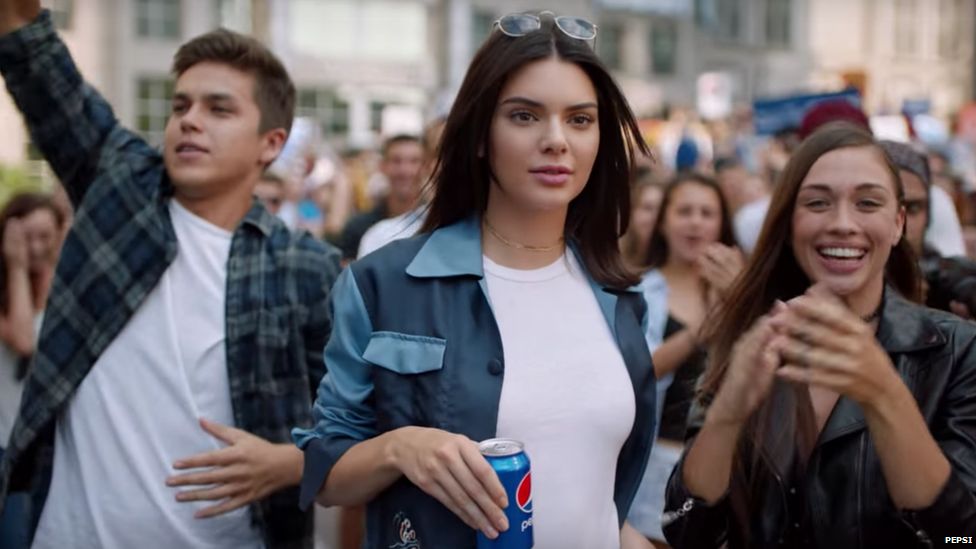 In the Pepsi advert, Kendall Jenner leaves a photoshoot to join protesters calling for love and peace, before handing a can to police as a peace offering.

The officer smiles and the crowd cheers.

It was criticised for painting a "privileged, white" model as a peacemaker between civil rights activists and police.

But in a tearful confessional piece on the season 14 premiere, Kendall says she regrets doing the advert.

"If I knew this was gonna be the outcome I would have never done something like this," she says.

"But you don't know when you're in the moment. I just felt so stupid.

In a statement released at the time, Pepsi said it didn't intend to make light of serious issues and pulled the advert less than 24 hours after releasing it.

But not everyone was happy with how she responded to the controversy on the show.