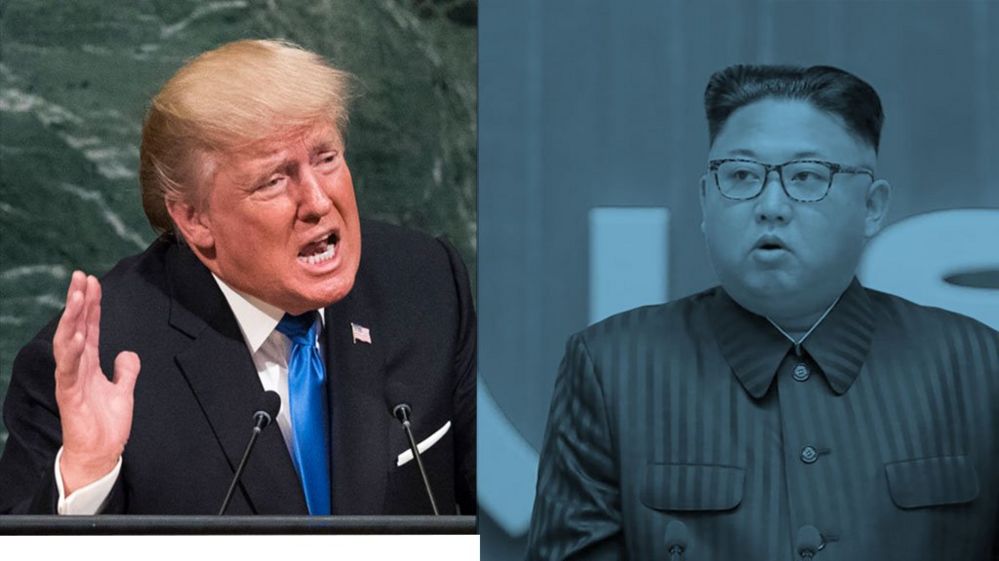 "Mentally deranged", "bereft of reason" and a "madman on the loose" - these are the things two world leaders have been saying to each other in 2017.

There have been six nuclear tests by North Korea in total, with the last one just a few days ago.

The most extreme insults began flying between the pair in April. 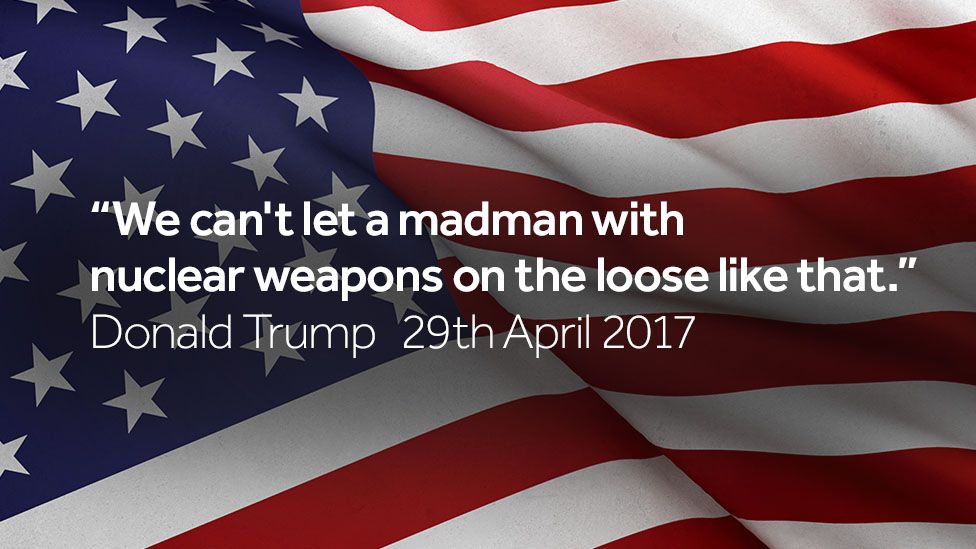 Things really picked up from July onwards as North Korea got verbal too.

On the 4 July, US Independence Day, the country launched its most powerful missile yet, an intercontinental ballistic missile, which they said was capable of "hitting anywhere in the world".

The state-run North Korean news agency then quoted Kim Jong-un as saying "the American ******** would not be very happy with this gift sent on the July 4 anniversary".

It all appeared to calm down for a few weeks until there was another missile launch at the end of July. 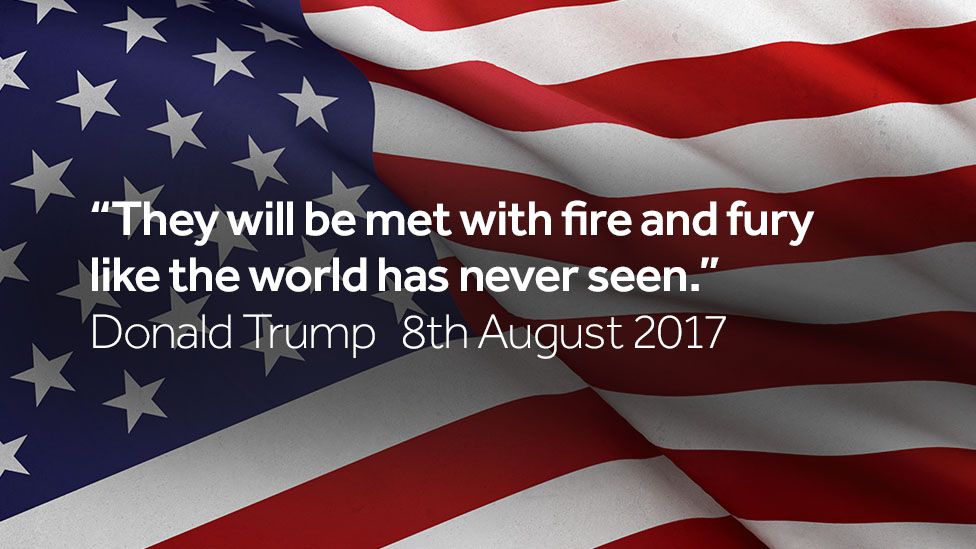 Image caption This is what Trump said would happen if North Korea threatened the US. It was after the United Nations agreed to take action against the nuclear tests Image caption North Korea's response, as the country failed to agree to any sanctions on testing two days later

This week has again seen the two leaders locked in even more angry verbal battle.

"If the righteous many do not confront the wicked few, then evil will triumph, the US has great strength and patience," Trump said in an address to the United Nations on Tuesday.

"If forced to defend ourselves or our allies, we will have no choice but to totally destroy North Korea." 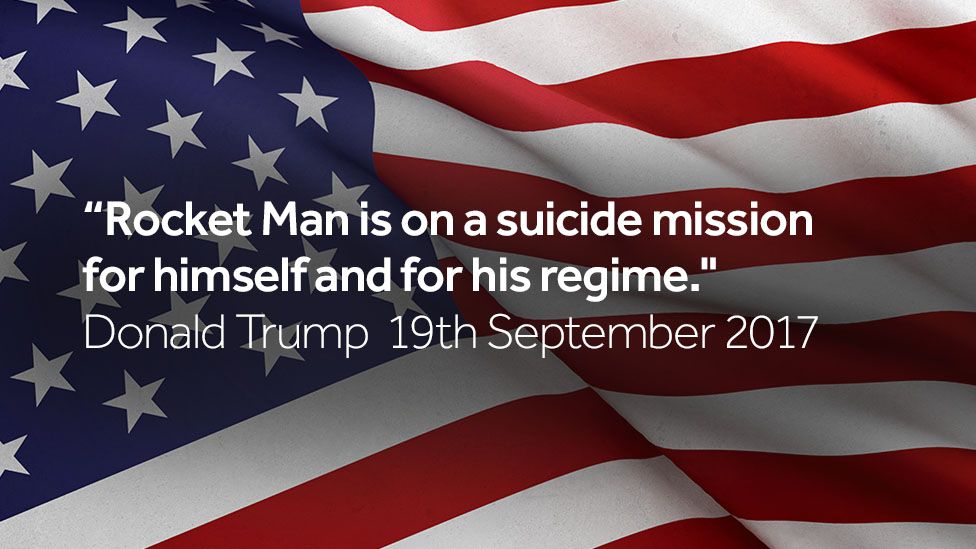 "I will surely and definitely tame the mentally deranged US dotard with fire," he said. "Dotard" is an insult, meaning old or weak.

And Trump, not satisfied with his previous warnings to North Korea, tweeted a message on Friday morning, using the recurring phrase "madman". 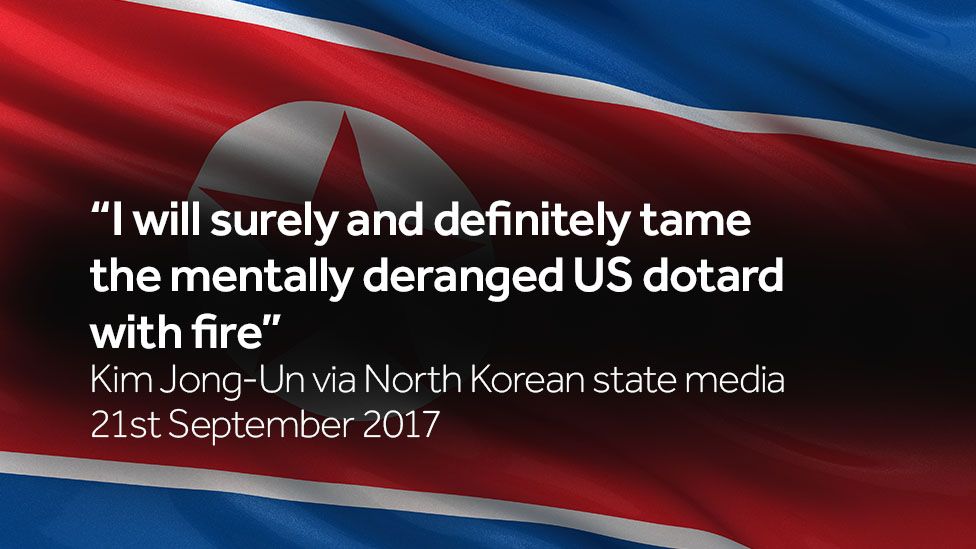 Image caption Dotard has been going up in internet searches since Kim Jong-un used it to describe Trump. It's an insult, meaning old or weak.