People like Ryon are going to shoot at Hurricane Irma 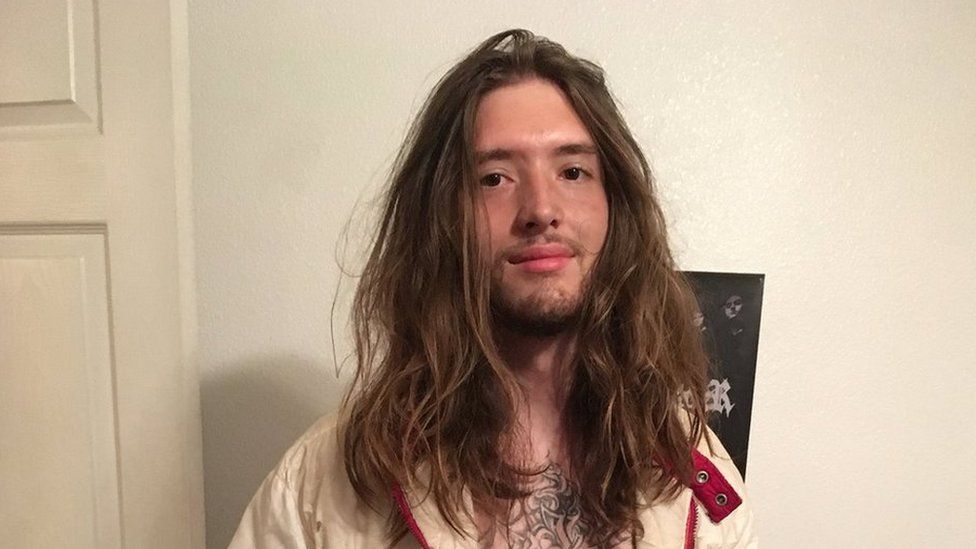 Some Americans preparing for Hurricane Irma are coming up with unusual ways to show their defiance.

They are planning to fire bullets into the storm or use flame throwers and lasers to show their resistance - although there's no way to stop the path of a hurricane.

So far Irma has left a trail of destruction across the Caribbean, affecting an estimated 1.2m people.

More than 43,000 people have signed up to shoot at Hurricane Irma.

"A combination of stress and boredom made me start the event," explains Ryon Edwards, who created it on Facebook. 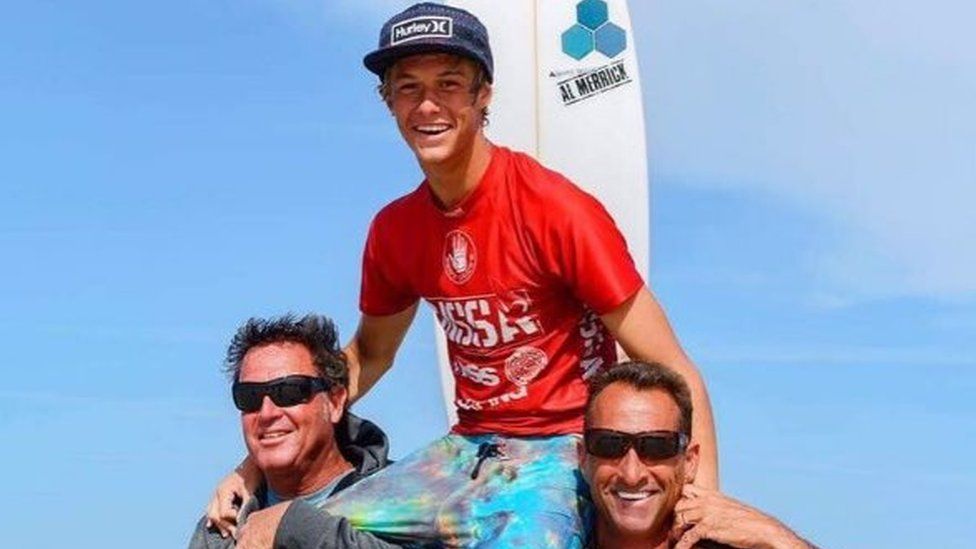 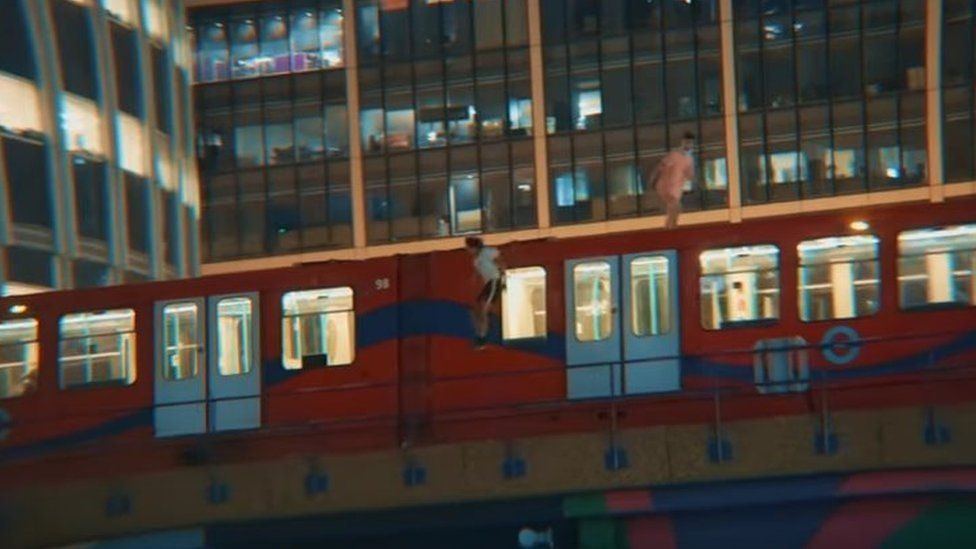 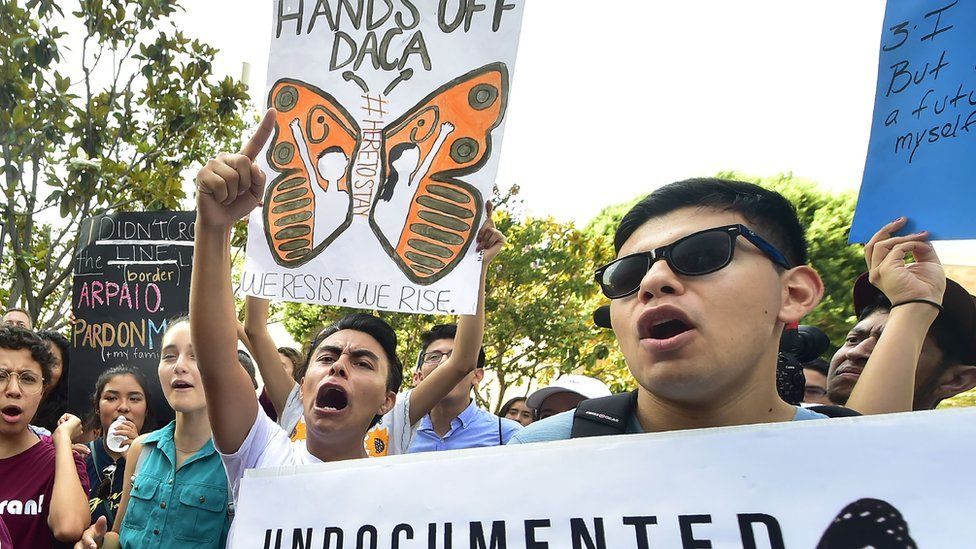 Trump and the 'dreamers' explained

The 22-year-old tells Newsbeat it was also made to "lighten the mood".

"The response is a complete and total surprise to me.

"I never envisioned this event becoming some kind of crazy idea larger than myself. It has become something a little out of my control." 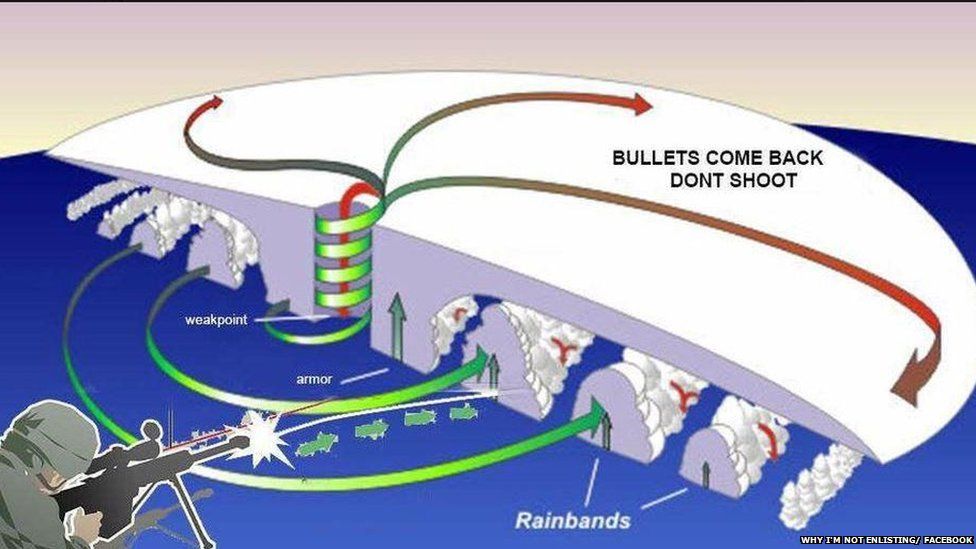 The comments on Ryon's post suggest not everyone is really going to load up on Sunday morning in the Florida Keys.

"Isn't this just going to make the weather madder?" asks one.

"Are liberals allowed to throw pillows? (asking for a friend)" says another.

Someone even posted a picture of their husky dog with a gun in a holster. 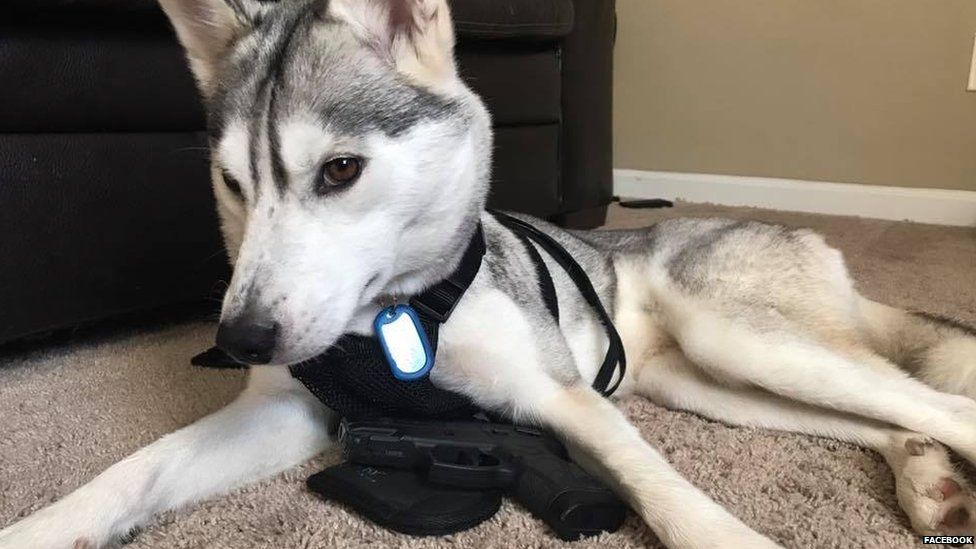 Other groups have cropped up since the original shooting page was made, including one dedicated to defeating Irma by flame throwing. 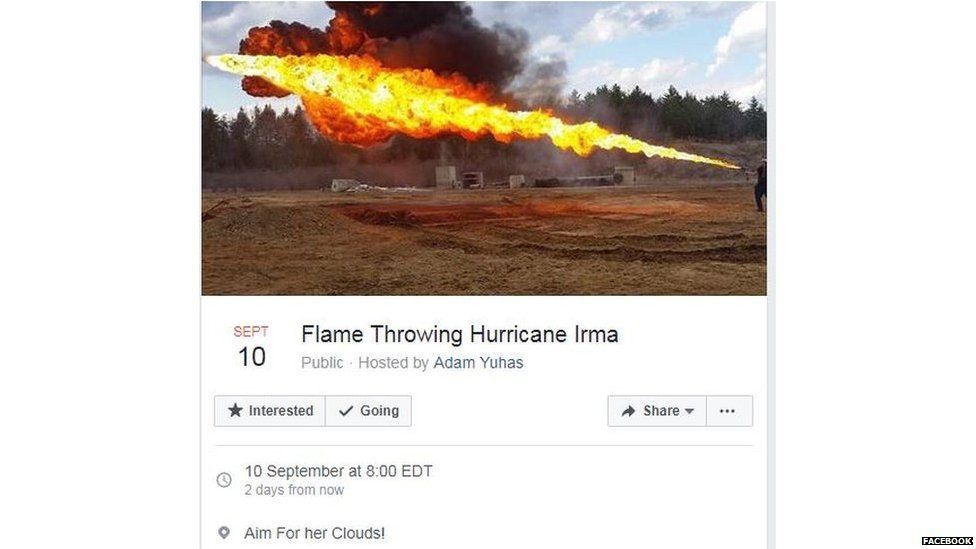 "It's time we took a stand against this bully!" reads the event description.

"This is our home, nobody drives us out of our own territory.

"Join me in this fight as we shoot flames at Hurricane Irma and dissipate her on the spot."

One person has asked if bringing Flaming Hot Cheetos (the American version of Wotsits) will work.

So if shooting and flame throwing don't work, then maybe a good old fashioned bit of pushing could be the answer?

Another page and its 500-strong guest list is proposing "pushing" the storm away. 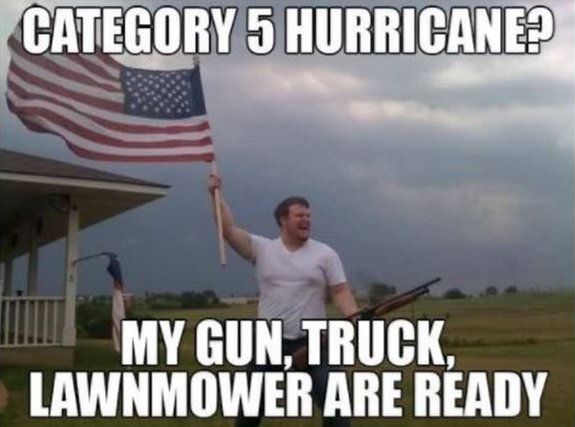