Amy May Shead's family warn 'allergies can cause life-changing damage' 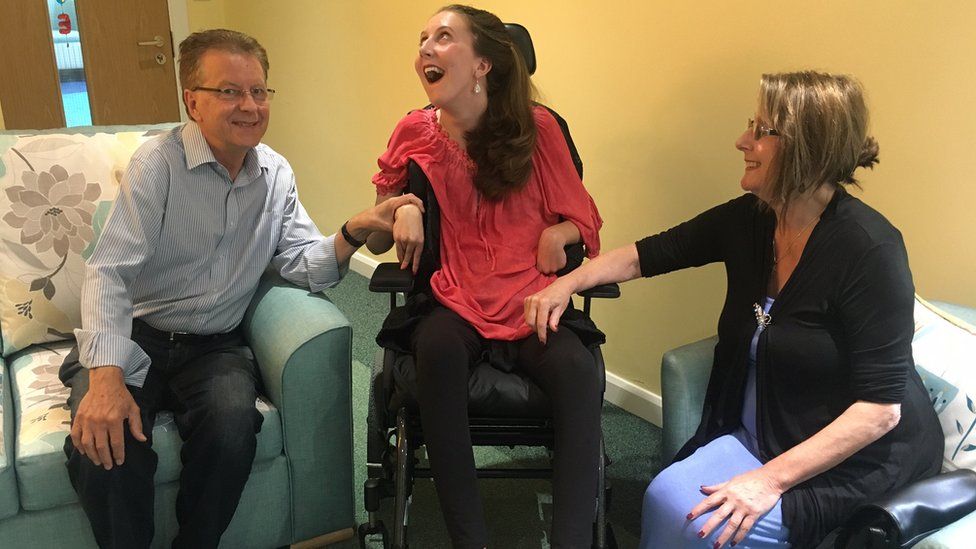 The family of a woman left disabled after an anaphylactic shock say they want people to realise that "allergies can cause life-changing damage".

Former ITV web producer, Amy May Shead, had an allergic reaction after being served a meal containing nuts while in Hungary.

She suffered a cardiac arrest, and was technically dead for six minutes with her brain starved of oxygen.

Now her family says they face "a long, long ride" to Amy's recovery.

However, Amy's mum Sue says she is "working hard".

The result of the allergic reaction, which happened in 2014, is that Amy is now in a wheelchair, partially paralysed and unable to see or speak properly.

"It's going to be an extremely long journey, and all of the little steps or progress she makes, while they may seem little, actually they're huge," Sue told Newsbeat. 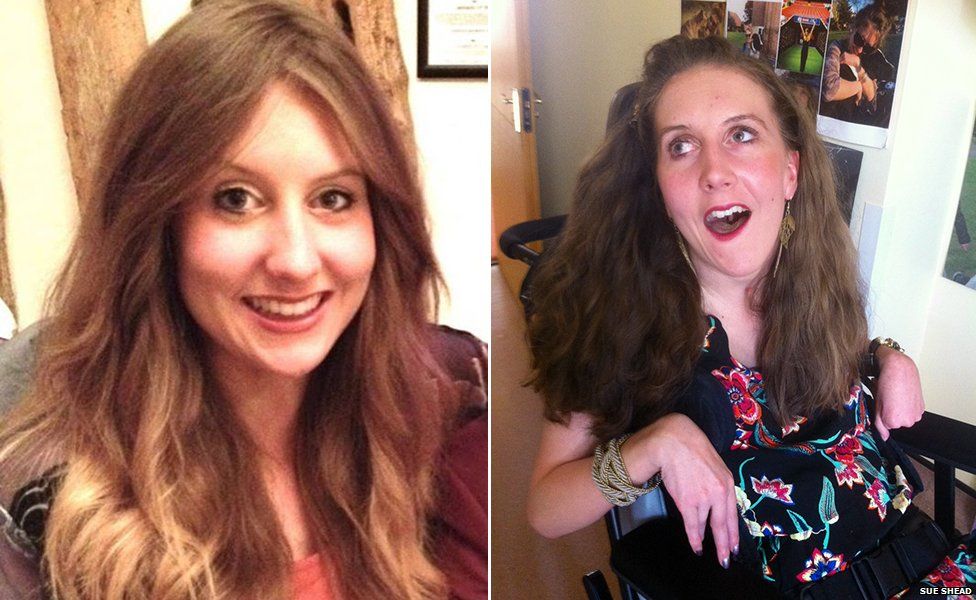 "She had a tracheotomy which was for her to breathe through, and they told us originally it would never be removed, and she would never eat again.

"Two years ago, it came out, because she worked so hard and now she's eating blended food - which is massive progress."

Amy's life used to involve 4am starts as a producer for Good Morning Britain and This Morning, but her day-to-day life has changed quite a lot since she had the anaphylactic shock.

"She undergoes an intense physiotherapy programme, which we fund," says Sue.

"Amy goes to physio three to four times a week, to hydrotherapy too.

"It's a really tough regime but she loves doing it and is progressing. 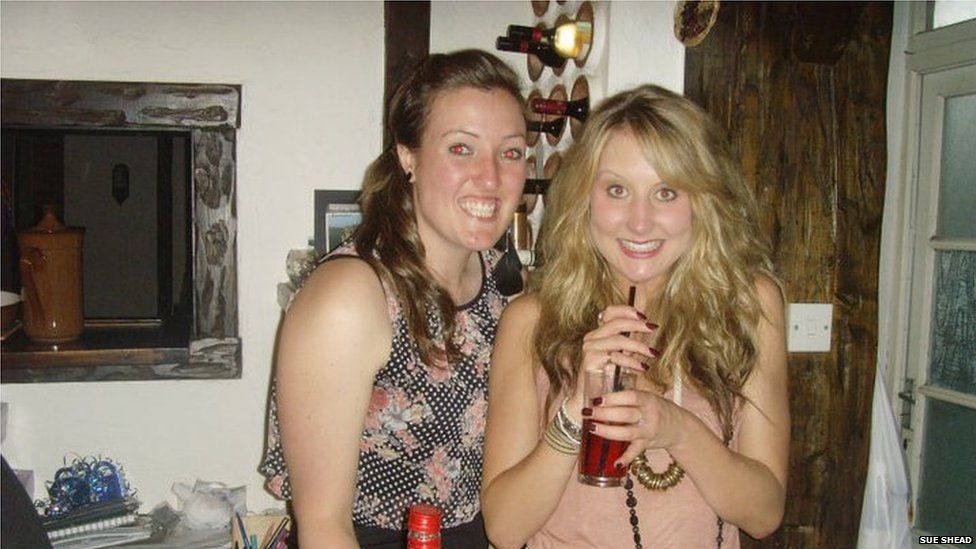 "She has speech and language training because she is fully understanding and remembers everything, so it's just a case of piecing everything together."

Sue and her husband Roger are building an annexe in their home at Benfleet, Essex, so Amy can move out of the care home she is living in.

They say it will help Amy get some of the independence back she enjoyed three years ago, before the allergic reaction.

"She used to be out quite a lot, being involved in media there was a lot going on.

"We can't do that for her, go to the opening of things, but we do other things.

"On a Saturday we take her to the pub and she has a gin and tonic and enjoys that, we go to shows and do the things she would normally be doing."

Amy's family have set up the Amy May Trust, to help raise awareness of how serious allergic reactions can be and to help raise money for Amy's future treatment.