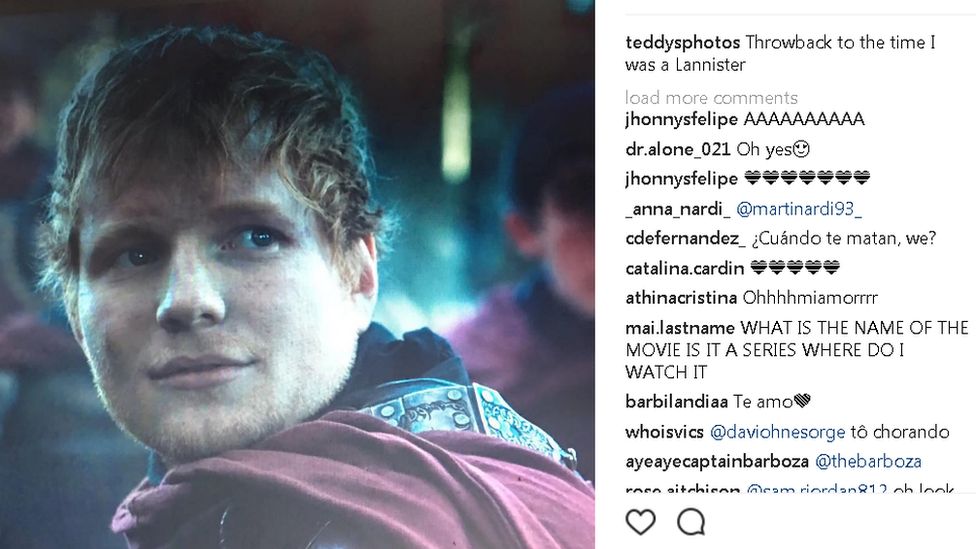 Ed Sheeran has appeared as a soldier in Game of Thrones.

The pop star sings, and speaks briefly, during his cameo in the episode, which aired early this morning.

Titled Dragonstone, it's the first episode of the seventh series of the US fantasy TV show.

The 26-year old's performance has divided fans on social media. 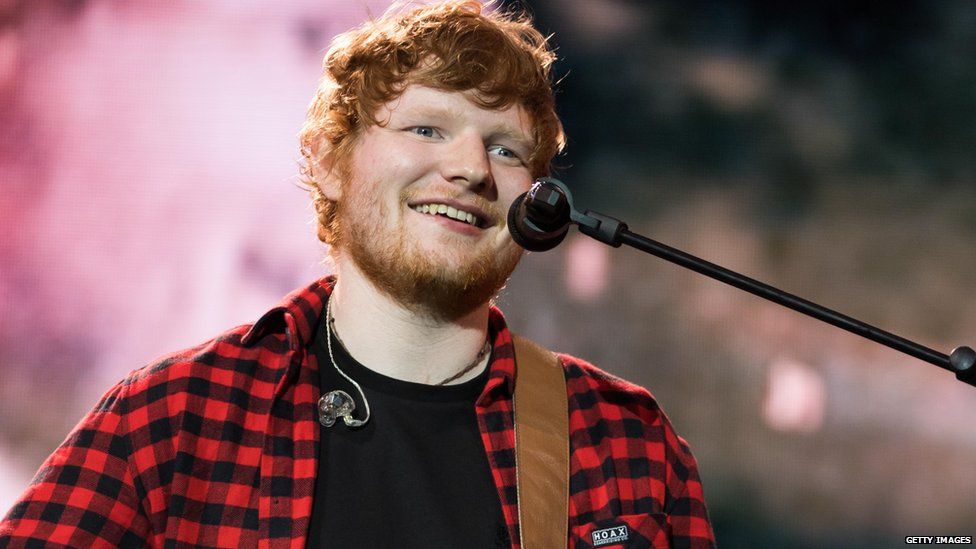 Ed's character, who is not named, is seen singing around a campfire in the forest.

When Maisie Williams's character Arya Stark rides past on horseback, she tells him, "It's a pretty song, I've never heard it before."

"It's a new one," Sheeran replies.

Ed celebrated his appearance in a series of photos on Instagram.

Lots of people thought it was great.

Fans have been waiting for Ed's appearance since March, when the show's creators announced it during their appearance at South By Southwest Festival in Texas.

The episode will be repeated on Sky Atlantic and Now TV at 9pm tonight.

Next season's Game of Thrones will be the last. The show has been running since 2011.