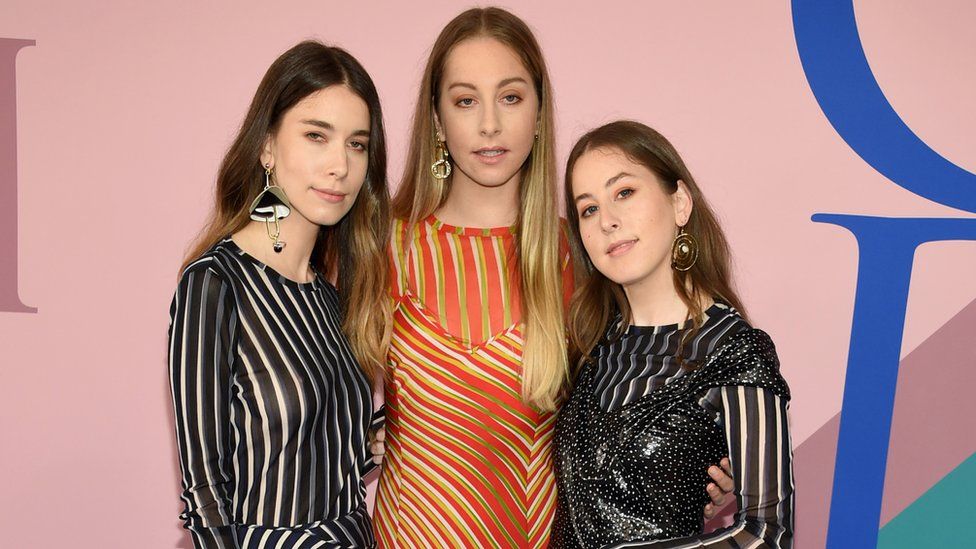 Haim say they want to see more women in the music industry - and not just on stage.

"We do see women working in the studios but we want to see more. It's a quantity issue," they tell Newsbeat.

The three sisters were speaking before their Radio 1 Live Lounge performance.

"There's so many amazing women that work in music and I think its time more girls looked into being engineers and studio technicians," explains Danielle.

Earlier this month Haim released their second studio album, Something to Tell You. 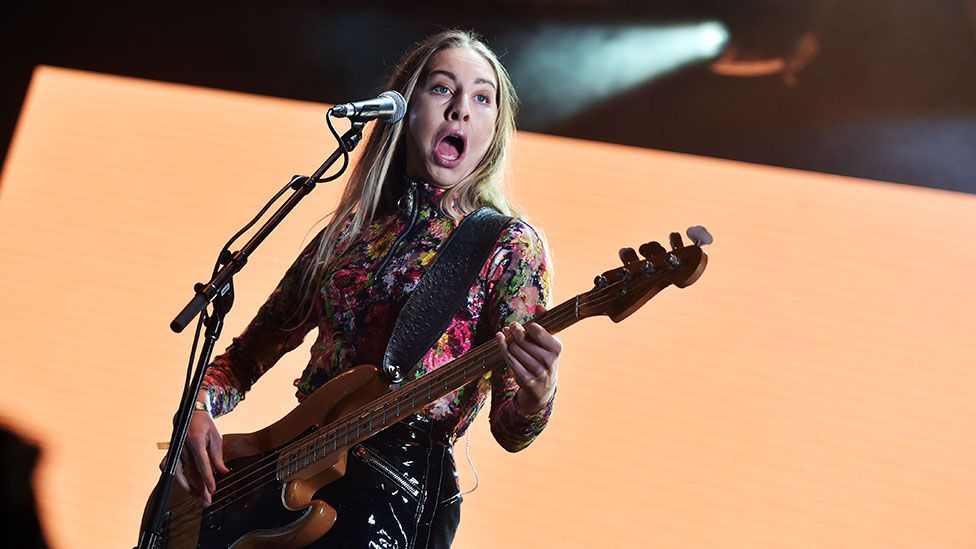 Haim's guide to living with your parents 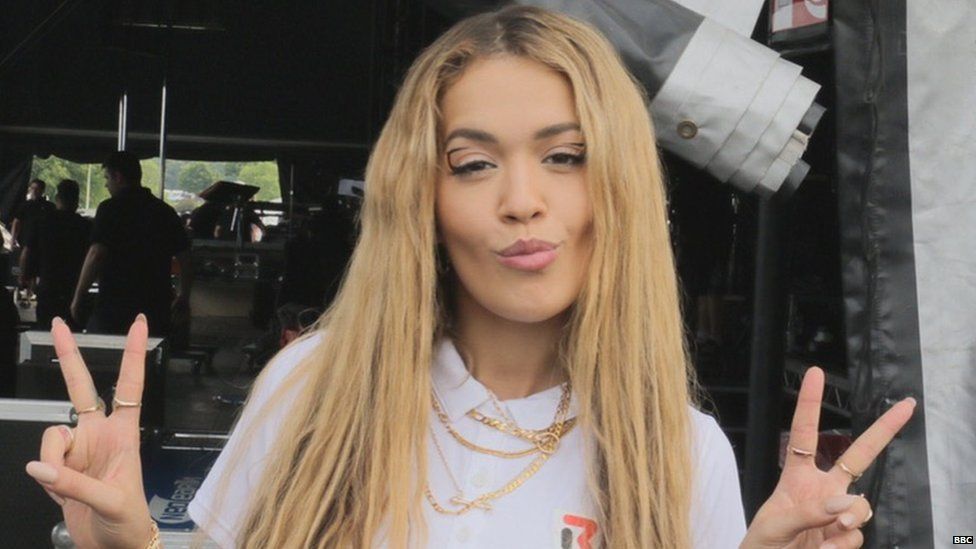 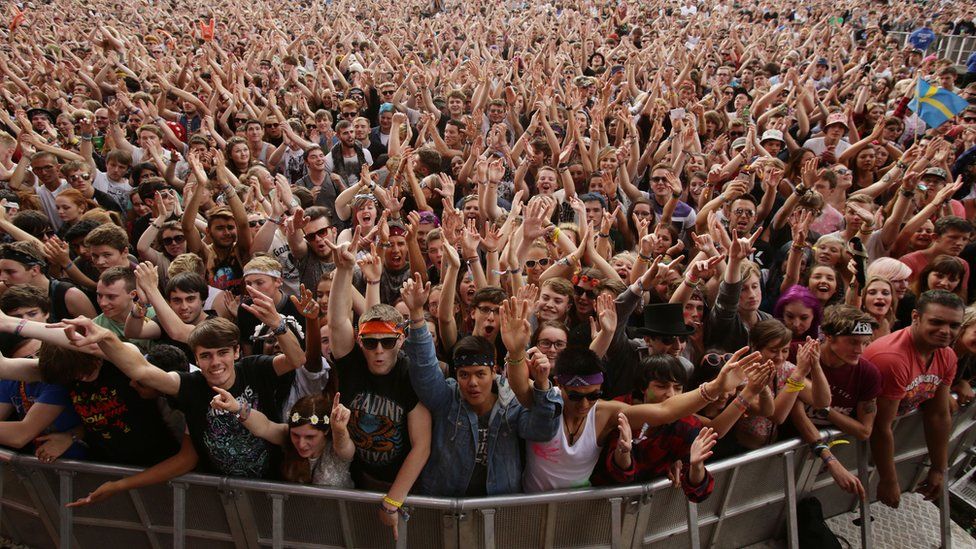 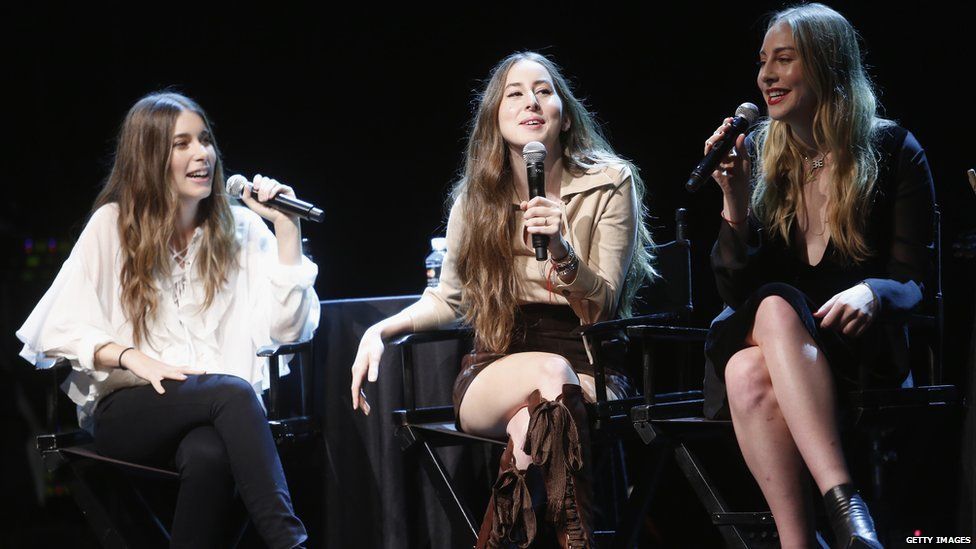 The band revealed the songs on the album were mixed by well known mastering engineer, Emily Lazar, but say that aside the process was a mainly male-dominated one.

Haim are the latest musicians to speak out about the lack of women with specialist roles in the music industry.

"Not just to be in bands but to be producers, engineers, technicians, stage managers, tour managers.

"There's a million things you could do in music. It would be awesome to see that more."

The Los Angeles trio will hit the road in August for their first headline tour. 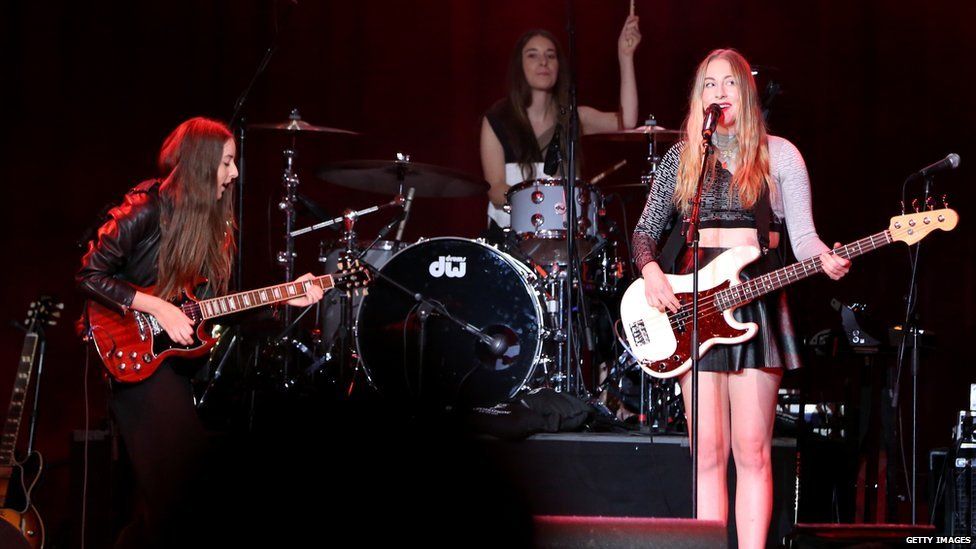 They're due to perform at Reading & Leeds Festival before that and say life on the road is still fun.

"We are still pretty much the same as when we started out. If we get a meal and a shower we are the happiest people on the planet," Alana laughs.

Asked about bad habits and things that they do to annoy each other Alana admitting to dipping into Danielle's wardrobe from time to time.

Alana said: "She'll show up for breakfast and I'll be wearing her shirt.

"I think she only wears my stuff if I've just bought it and not actually worn it myself yet."