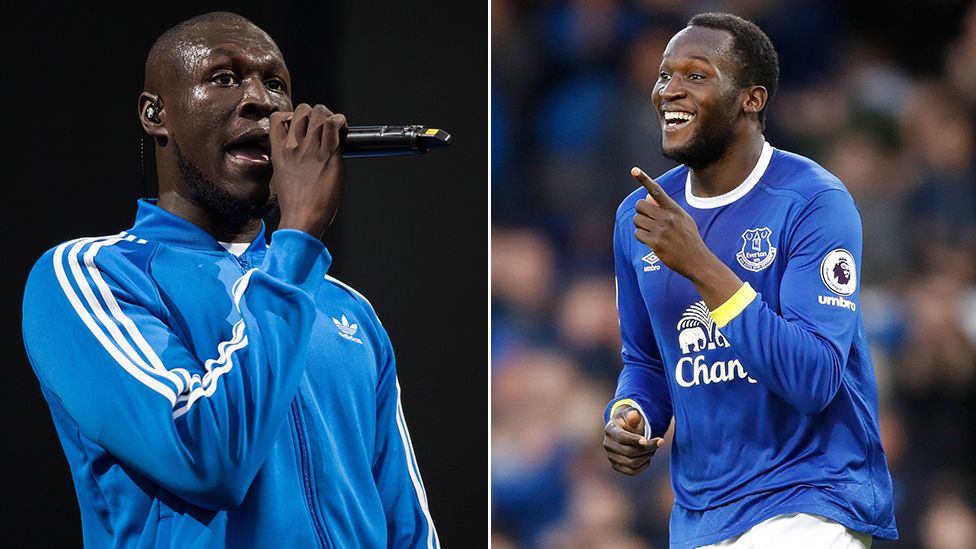 The Herald ran a photo of the grime star with the headline: "Lukaku is ready for work."

The Belgian forward, 24, has completed his £75m move to Manchester United after passing a medical.

Photos of him in his new club's official kit hadn't been released earlier, so the newspaper in Ireland decided to use an old picture of him.

Trouble is, it was actually Stormzy - who's a Manchester United fan.

Stormzy has reacted to the mistake, and it's safe to say he isn't impressed.

The Irish Herald has apologised for the mistake.

It's not the first time people have mixed the two up, or pointed out similarities between them.

One Twitter user said Stormzy's twin brother was playing for Manchester United after the grime artist had congratulated Wayne Rooney on his move to Everton.

In 2014, Stormzy even pointed out the similarities in a tweet.

The grime artist was also asked about the similarities on Channel 4′s Sunday Brunch earlier this year.

The photo which the Irish Herald used looks like it was from an interview Stormzy did with Soccer Bible last year.