Look at this amazing basketball court - and other awesome sports venues 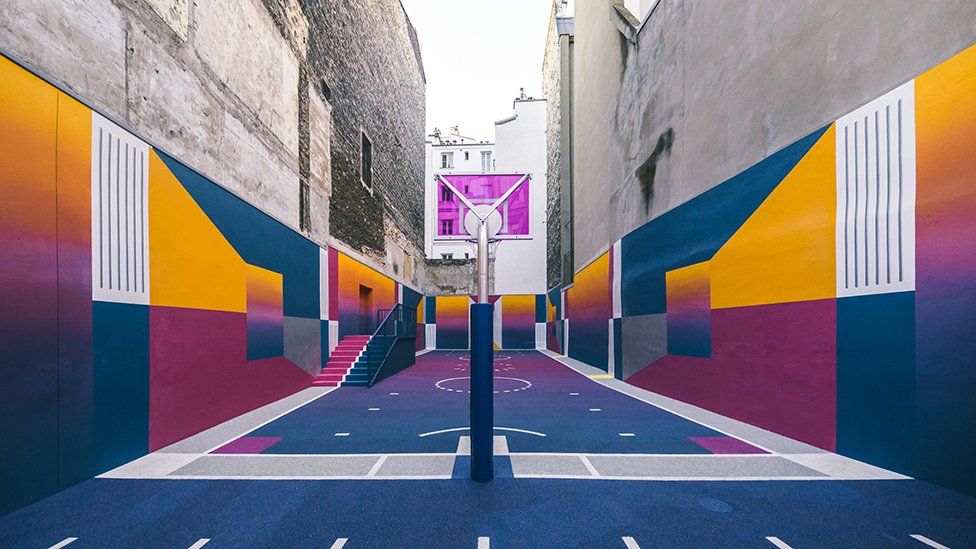 This stunning basketball court is nestled between buildings in an otherwise regular suburb of Paris.

Fashion brand Pigalle worked with design agency Ill Studio and Nike to create the dazzling sight at Rue Duperre in the French capital.

The site was already pretty famous for its bright primary colours but we think this revamp is next level. 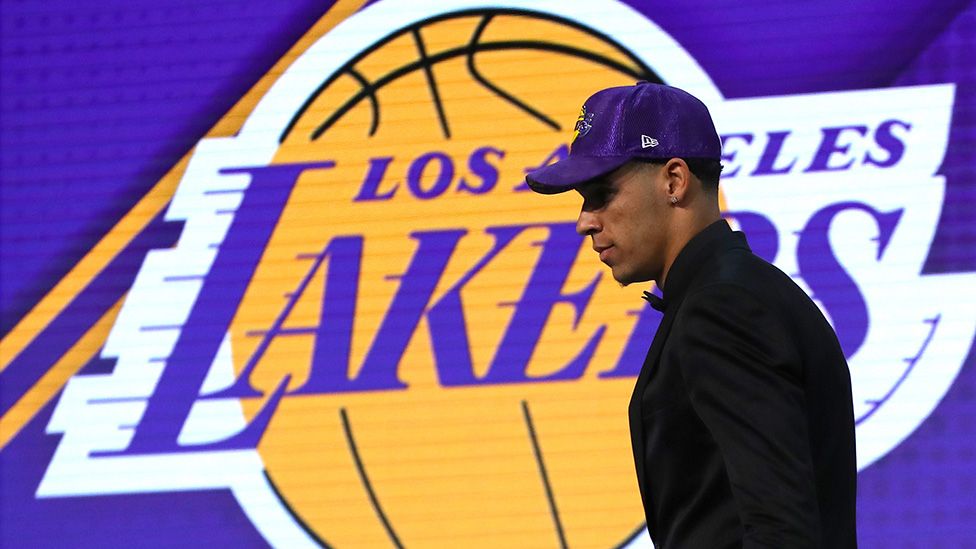 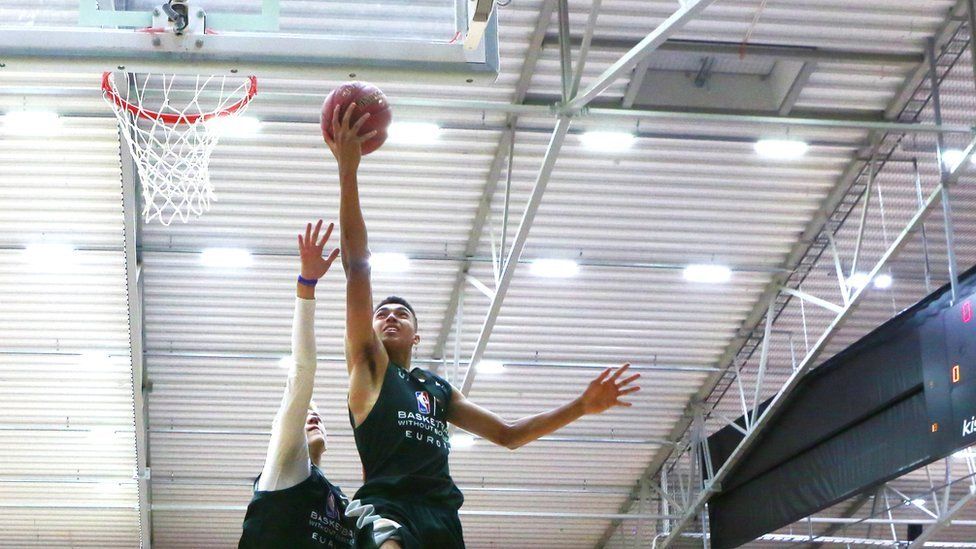 The British teenager tipped as a basketball star 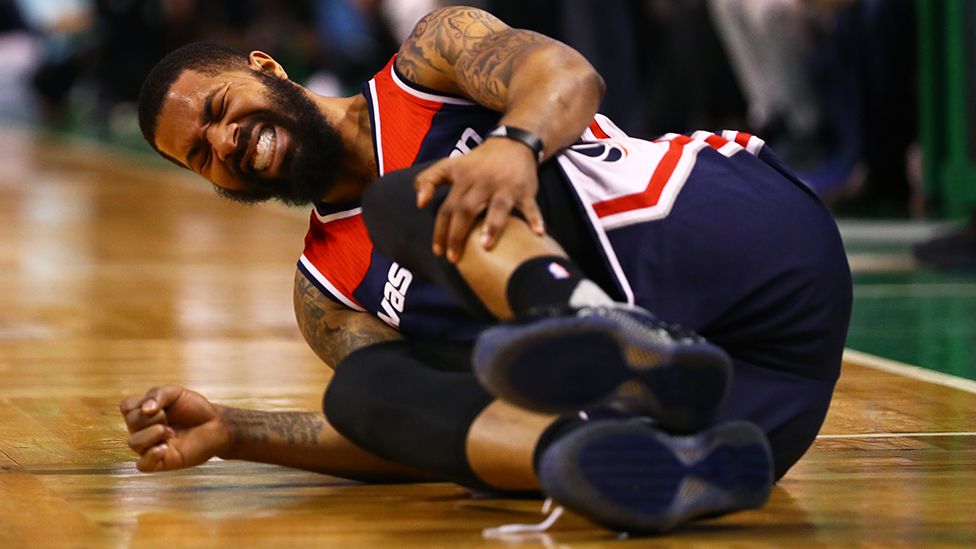 Why the fuss over Markieff and Marcus Morris?

The court has fast become major eye candy for photographers in Paris. 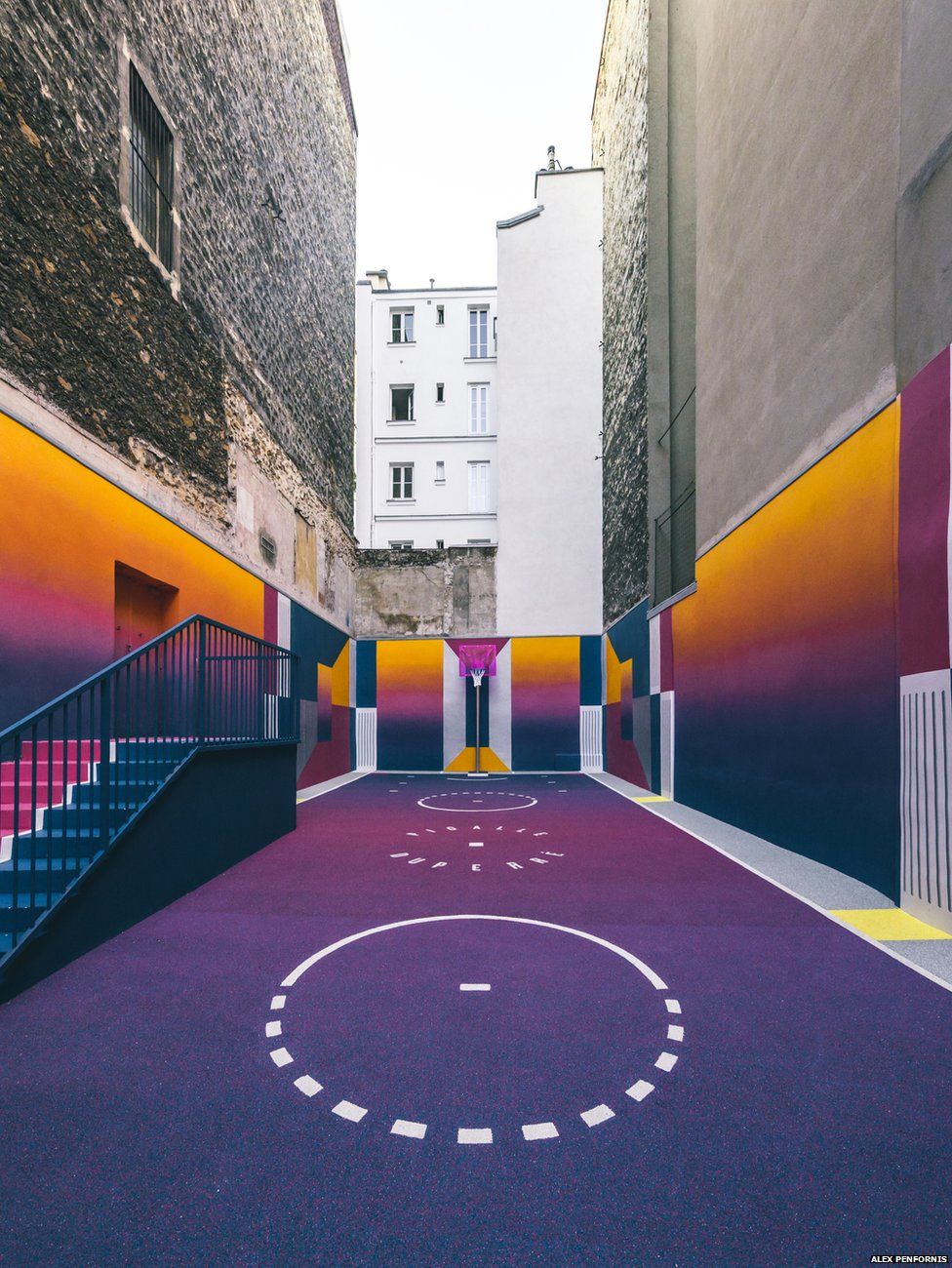 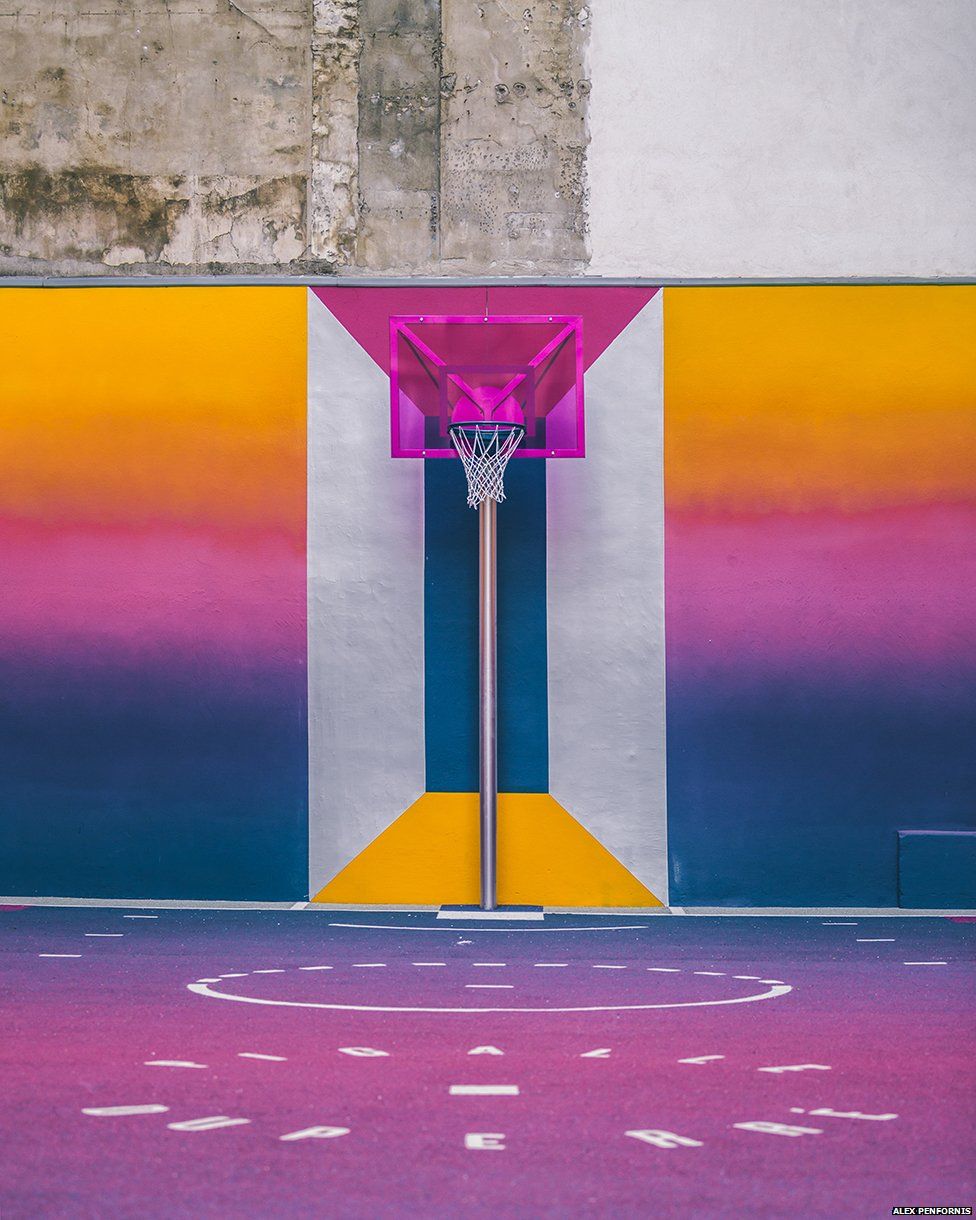 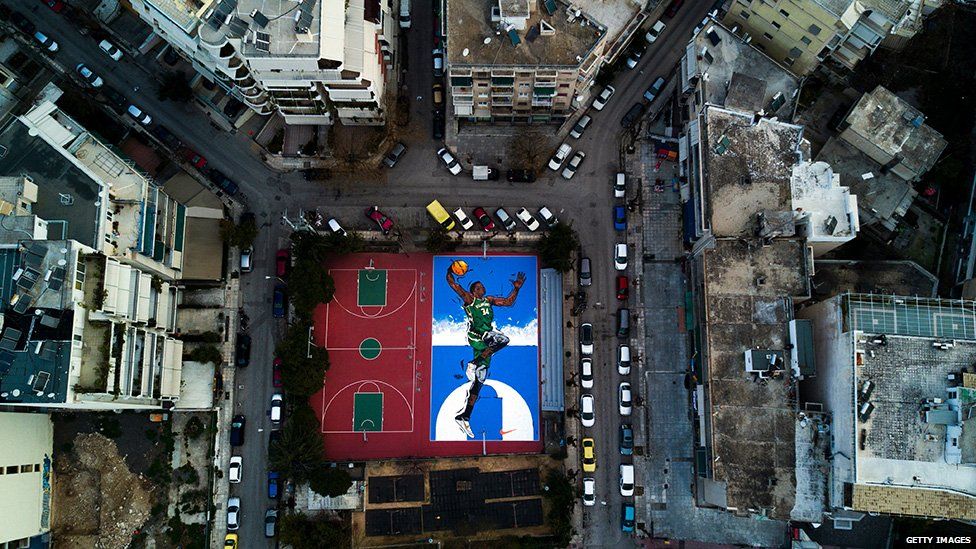 Image caption That's Giannis Antetokounmpo, who plays for Milwaukee Bucks, on a basketball court in Athens. It's by street artist Same84

This tennis court is on a helipad in Dubai 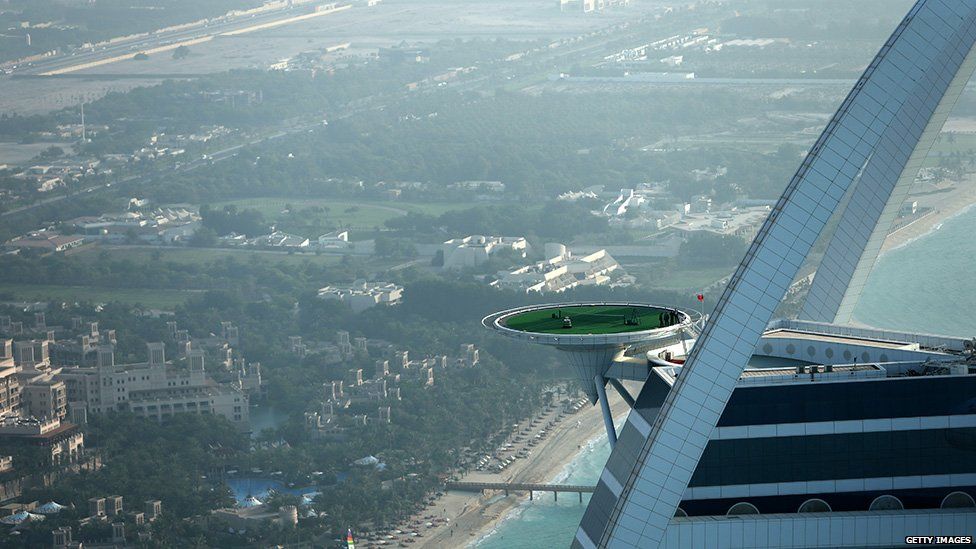 Image caption "Can we get our ball back?"

That's Roger Federer having a casual knock about with Andre Agassi 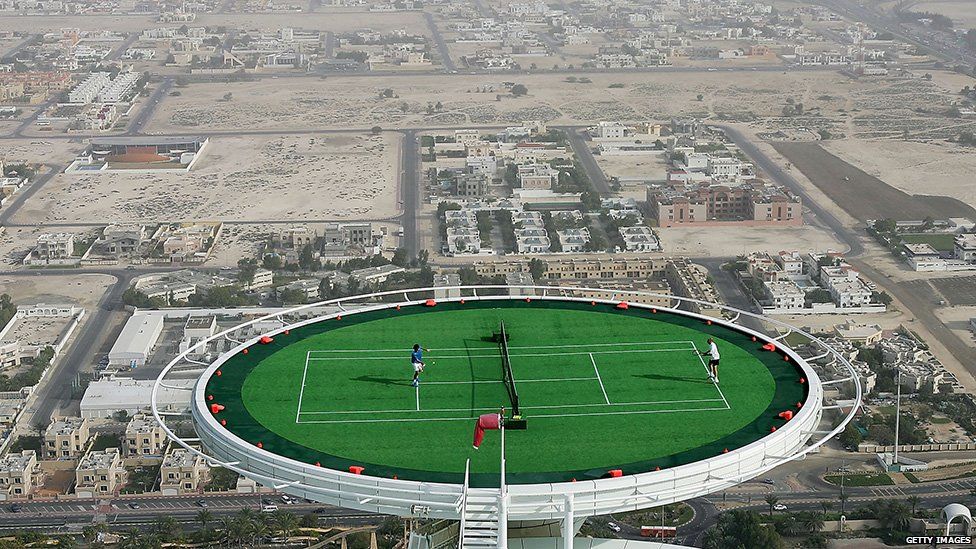 Image caption The helipad is at the top of the Burj Al Arab, a massive luxury hotel standing 321 metres high on a man-made island

This ski resort in the desert 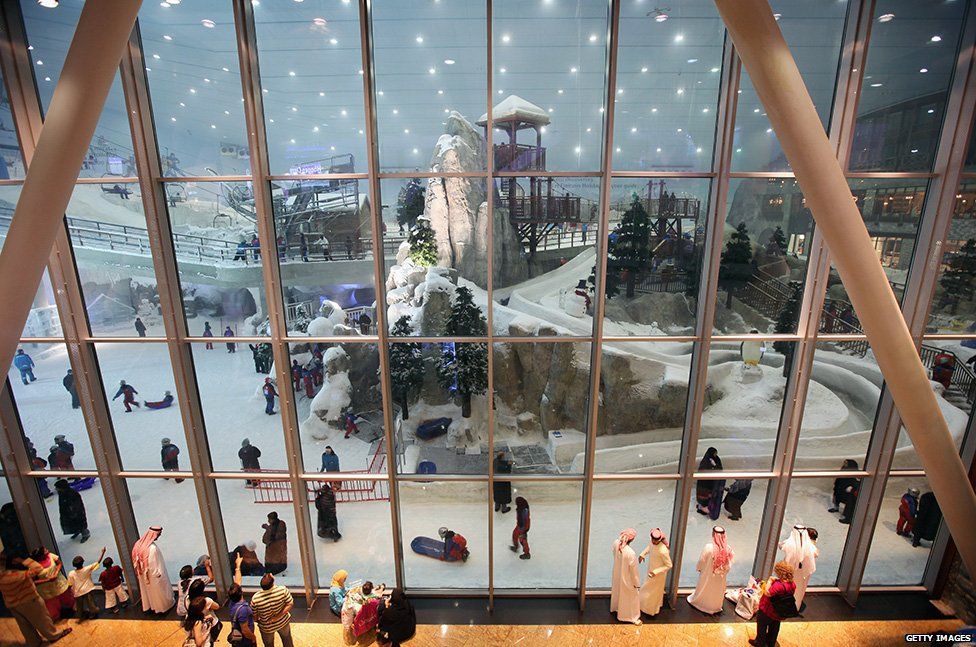 This golf hole is the highest on earth 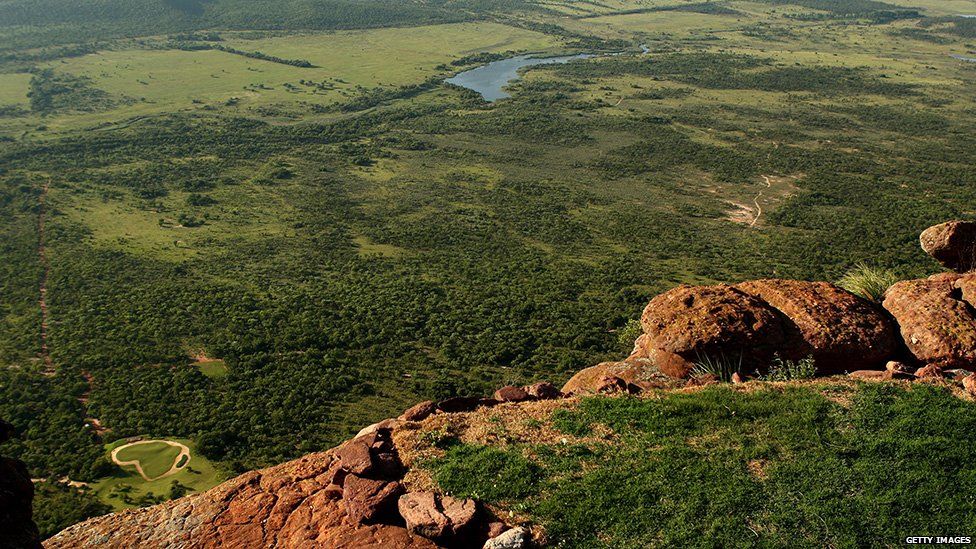 Image caption At the top of South Africa's Hanglip Mountain, 400 metres high, it's the highest hole on earth

Let's take a closer look at that Africa-shaped green 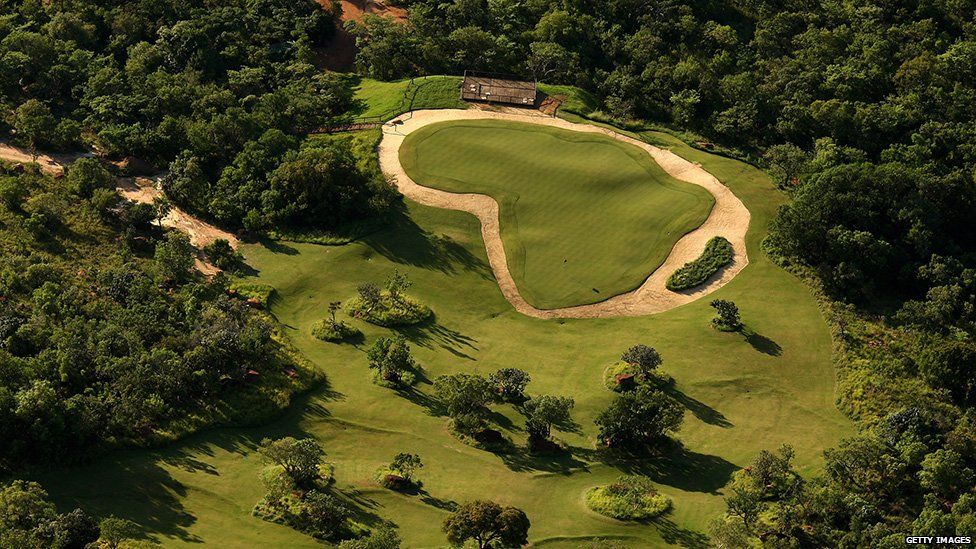 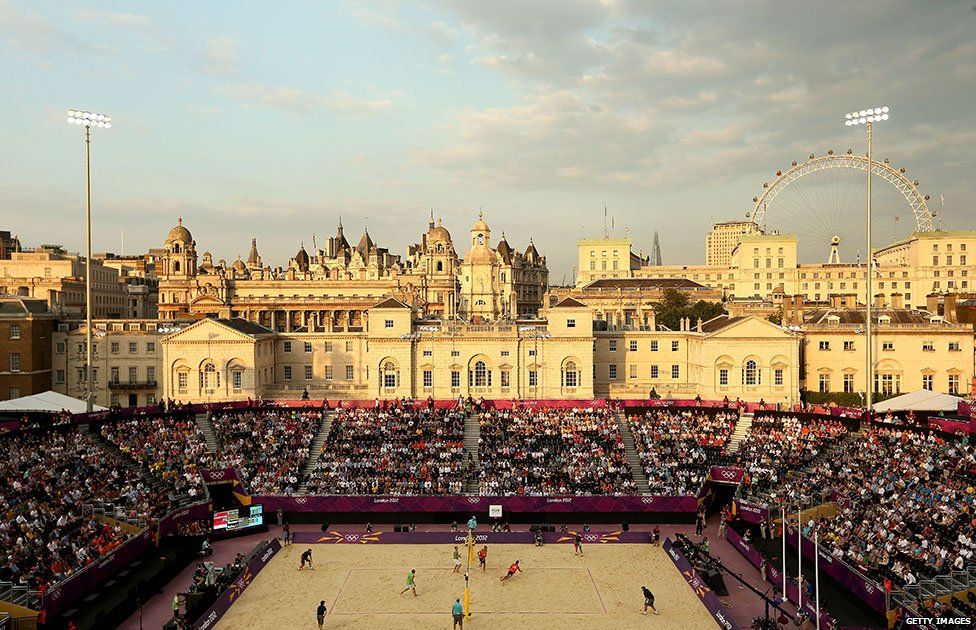 Image caption Ah yes, the glory days of London 2012 when everybody became an expert on beach volleyball

And this was the Olympic diving pool in Barcelona 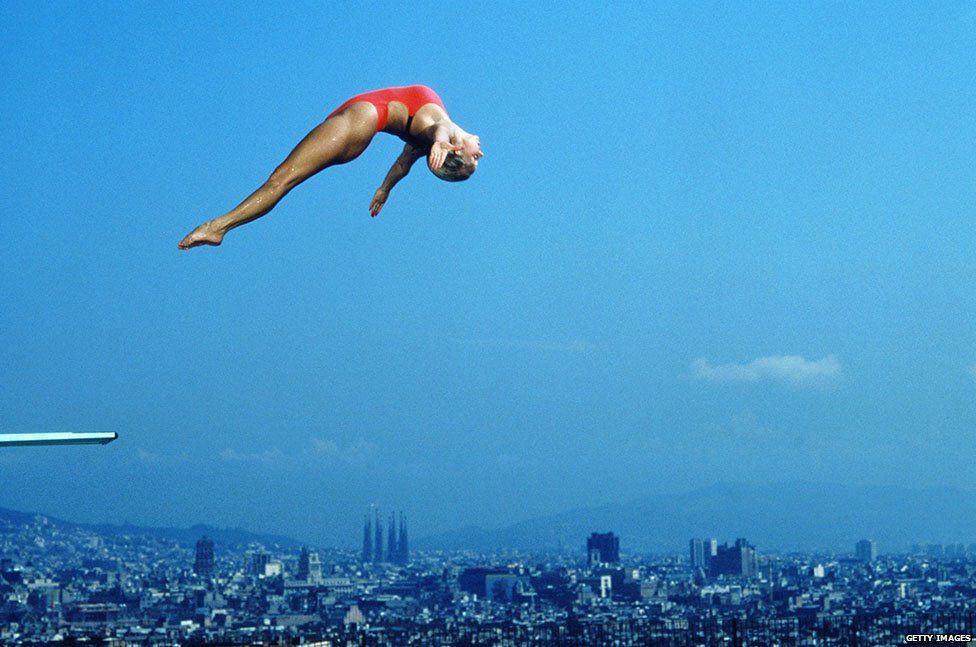 You What? Sport Paris