A Canadian sniper breaks the record for the longest confirmed kill shot - but how? - BBC Newsbeat

A Canadian sniper breaks the record for the longest confirmed kill shot - but how? 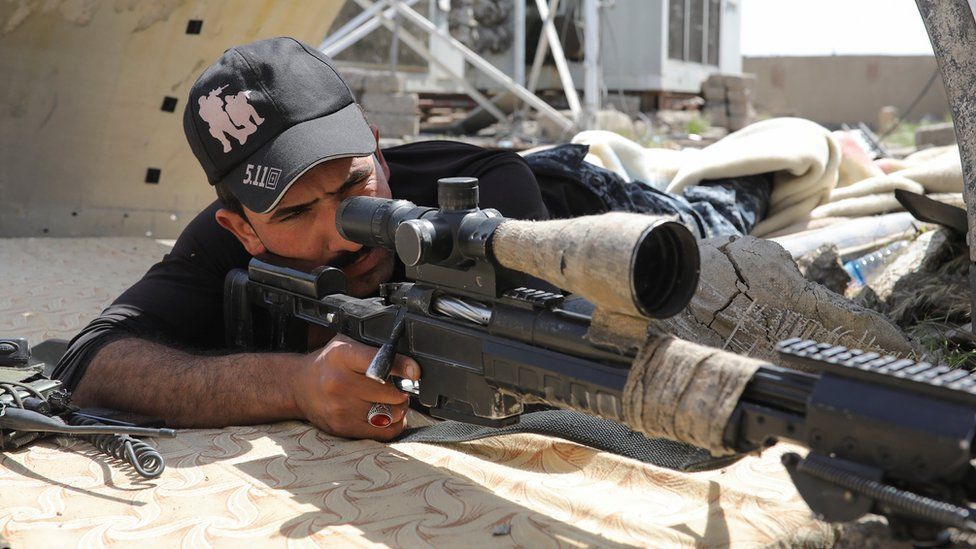 A Canadian special forces sniper has broken the world record for the longest confirmed kill shot.

The soldier shot an IS militant dead from 3,540 metres, which is just over two miles away, in Iraq last month.

The previous record was held by British sniper Craig Harrison, who killed a Taliban fighter in 2009 in Afghanistan from 2,475 metres away (1.5 miles).

But how do you kill an enemy soldier from more than two miles away?

You have to have the right equipment

The unnamed soldier who killed the IS militant used a McMillan TAC-50 sniper rifle, from an elevated position.

Its manufacturer says its effective firing range is 1,800 metres, around half the distance the Canadian sniper managed. 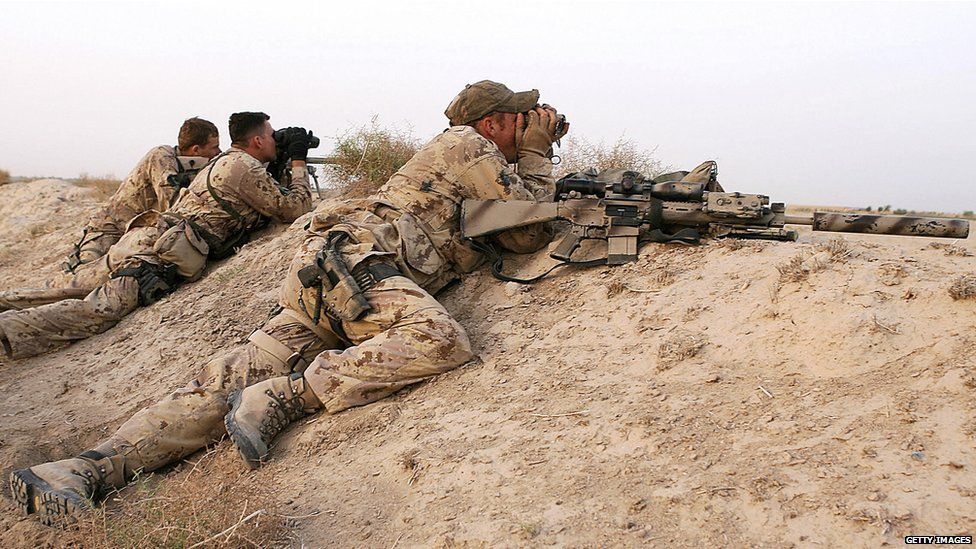 The bullet took 10 seconds to reach its target and travelled at 792mph, which is faster than a commercial jet like a Boeing 747.

The same weapon is used by US Navy Seals (as the MK 15) and French Navy commandoes as well as special forces in Turkey, Georgia, South Africa, Jordan, Israel and the Philippines. 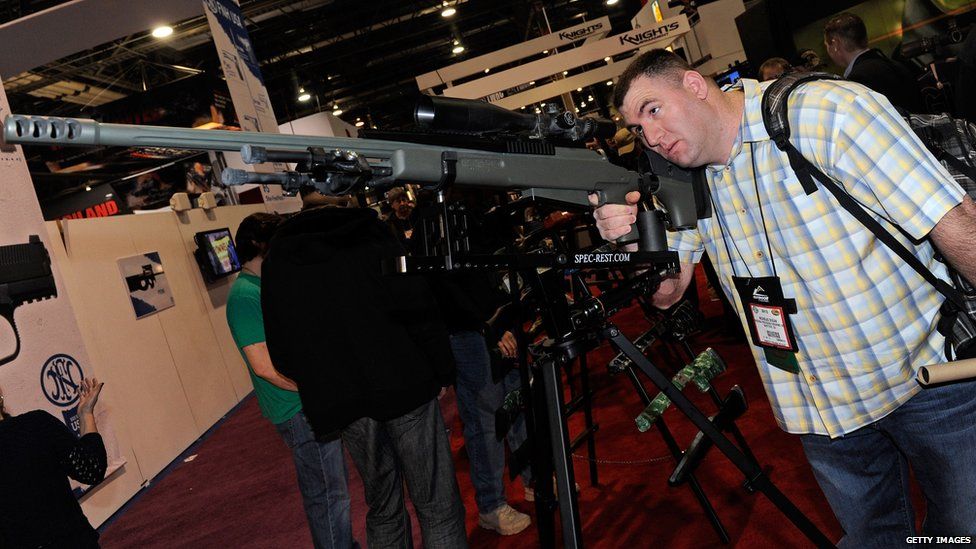 The British army uses the Accuracy International Arctic Warfare series of sniper rifles as its standard issue, as do the German and Irish armies.

The US Marine Corps uses the M40.

A sniper's partner, or spotter, is essential to their success

They use binoculars to pick their target, with the soldier using a scope on top of his rifle to lock on to the enemy.

Because they're sometimes closer to the fighting, they carry their own weapons and can hide for hours waiting to spot the enemy. 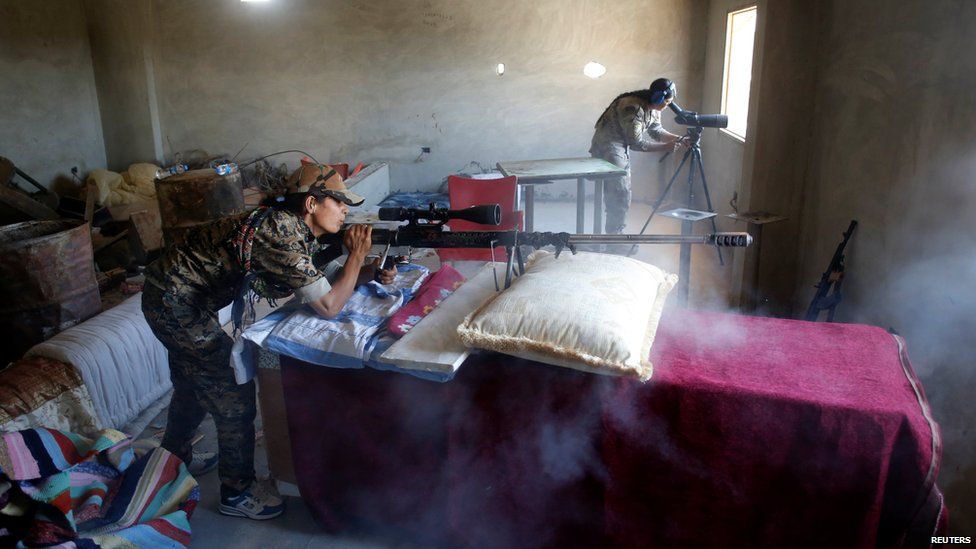 Image caption A Kurdish fighter in Raqqa, Syria, is seen using a telescope to spot targets for a sniper

If a shot misses the spotter can tell the sniper to quickly reload, readjust their aim and fire or abandon the mission.

The spotter can also look out for the vapour trail left by high velocity, long-range rounds and help to carry heavy kit.

Many teams use the most experienced sniper to act as the spotter.

So they'll gauge wind speeds, distances, terrain, heat and anything else that may affect a shot with the sniper. 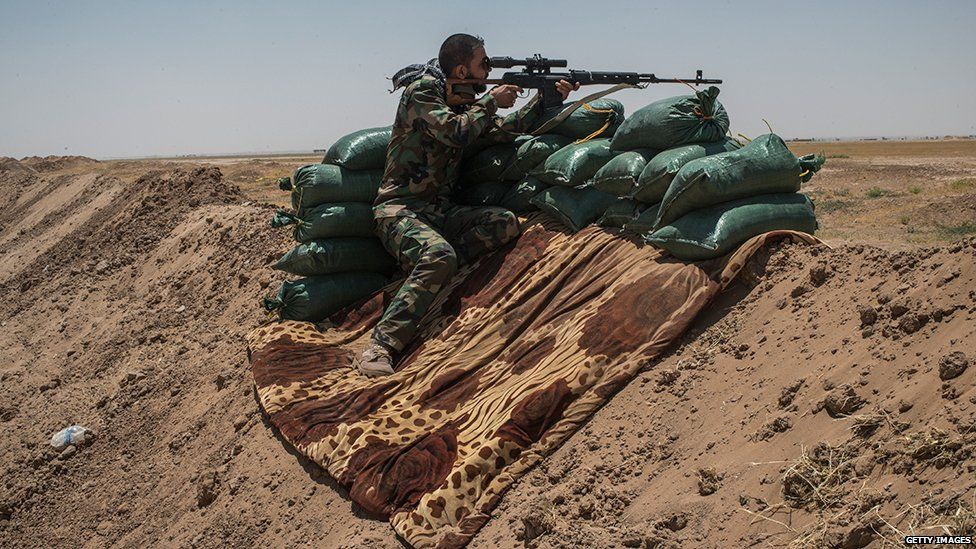 Image caption An Iraqi PMF fighter on the Iraq-Syria border in Nineveh, Iraq

Then it's up to the sniper to get in the zone, get their breathing under control, dial in the distance and think about the ballistics of the round, listen to the spotter's advice on weather conditions and then fire.

The Canadian special forces sniper who broke the longest kill shot record had to take the curve of the earth into consideration because it was so far away.

The soldier would have also had to account for the drop of the bullet as he was firing from the top, or near the top, of a building.