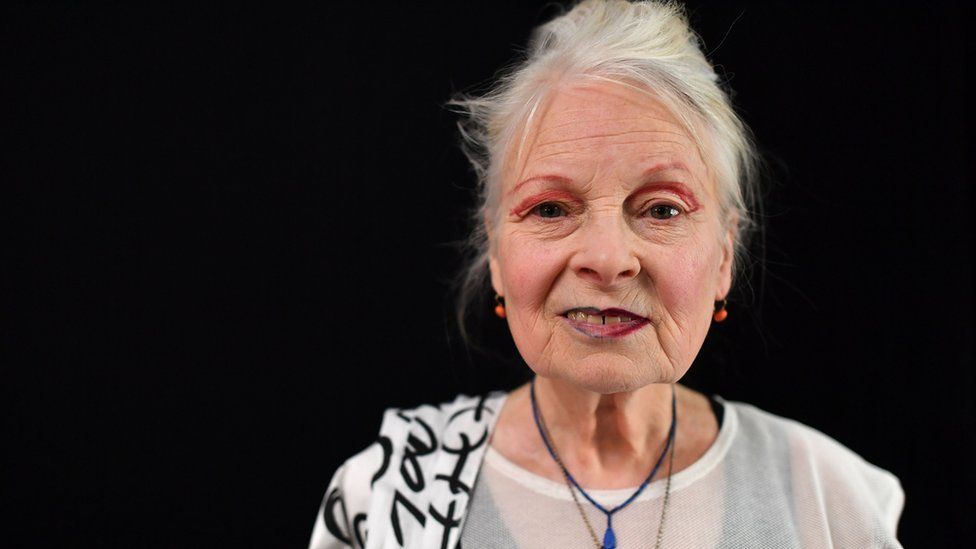 The designer spoke to Newsbeat backstage at her London Fashion Week Men's show.

Her circus-themed collection featured recycled plastic bottles as shoes and aluminium cans pinned to tights, as a campaign against fashion waste. 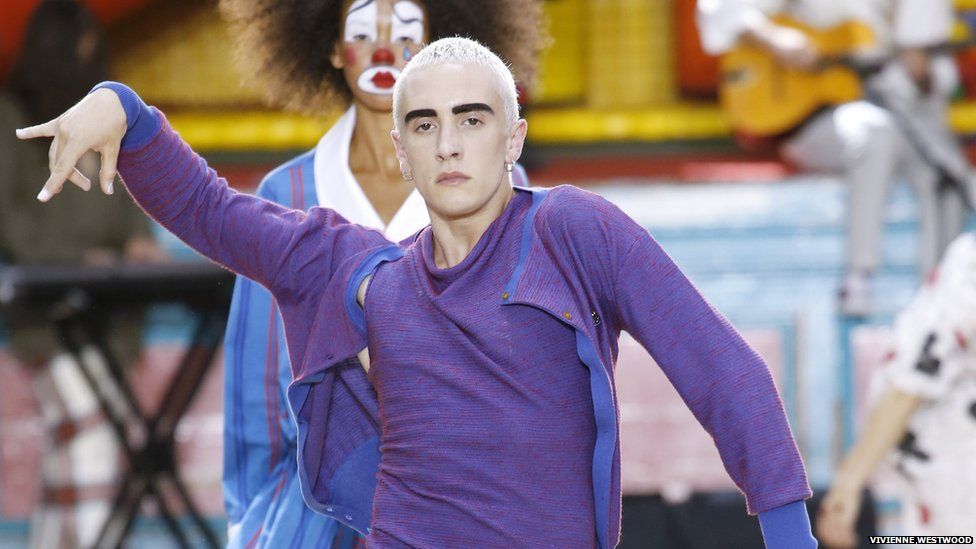 It's only the second time the 76-year-old has shown a collection at men's fashion week. 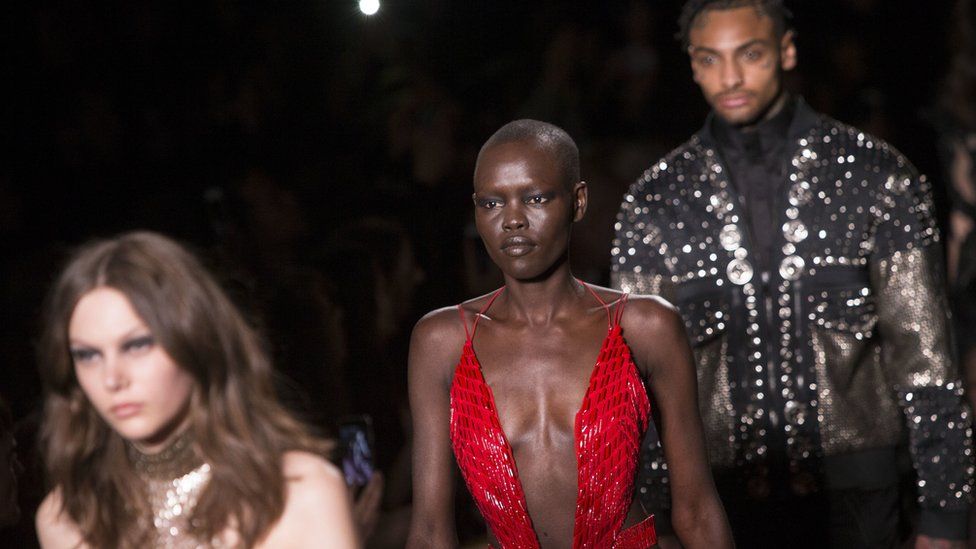 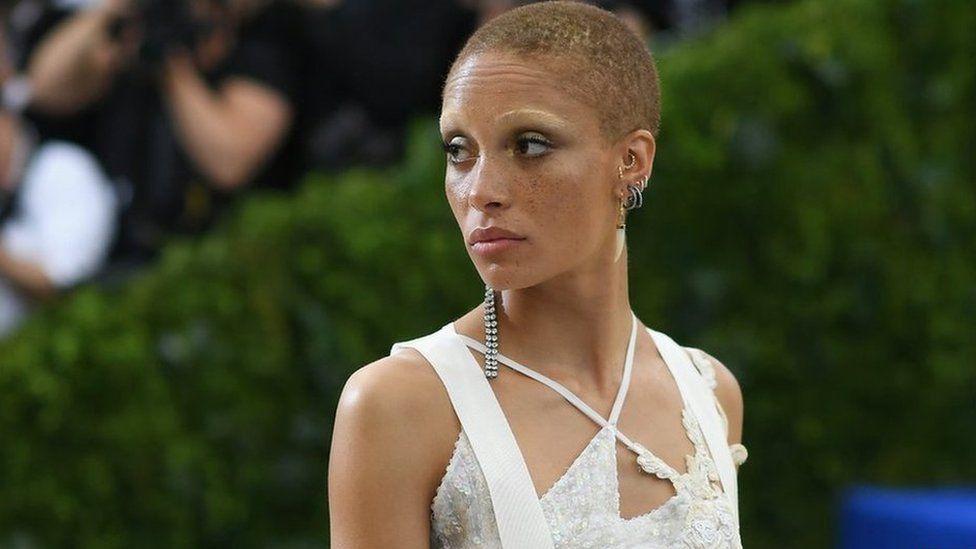 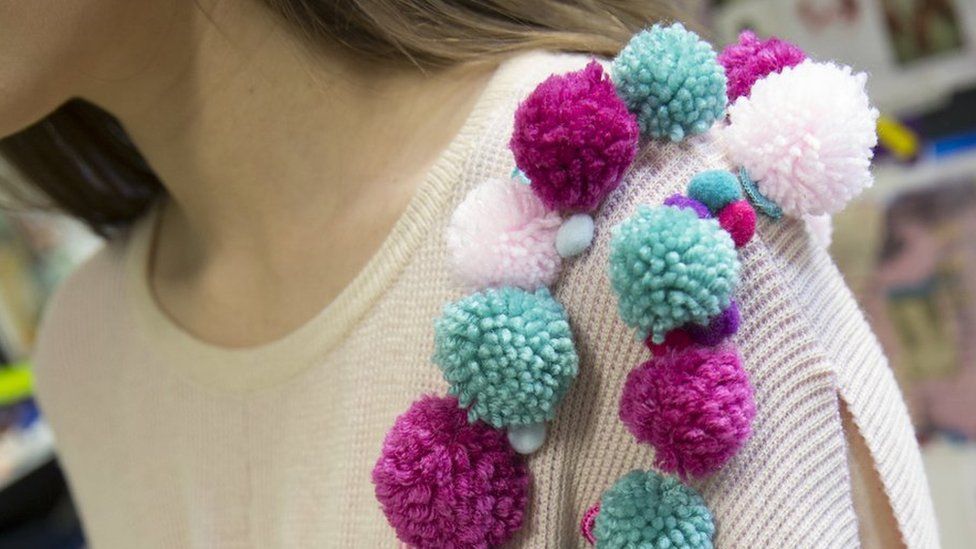 The range was unisex, with androgynous female models in pinstripe suit jackets, and men in sheer tunics and form-fitting ball gowns. 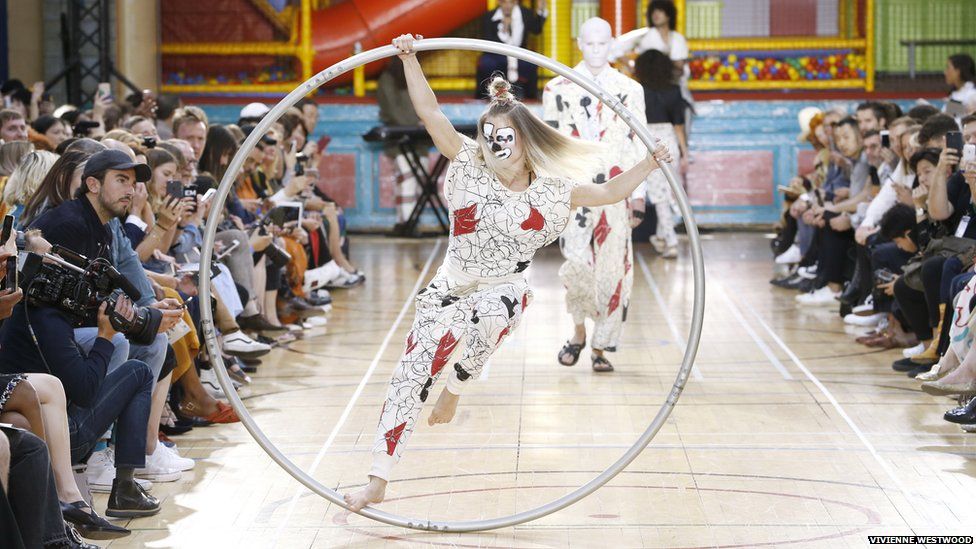 After more than four decades in fashion she says there's no secret to success - young designers need to "work it out for themselves".

But she wants the fashion industry to move away from producing so many cheap clothes. 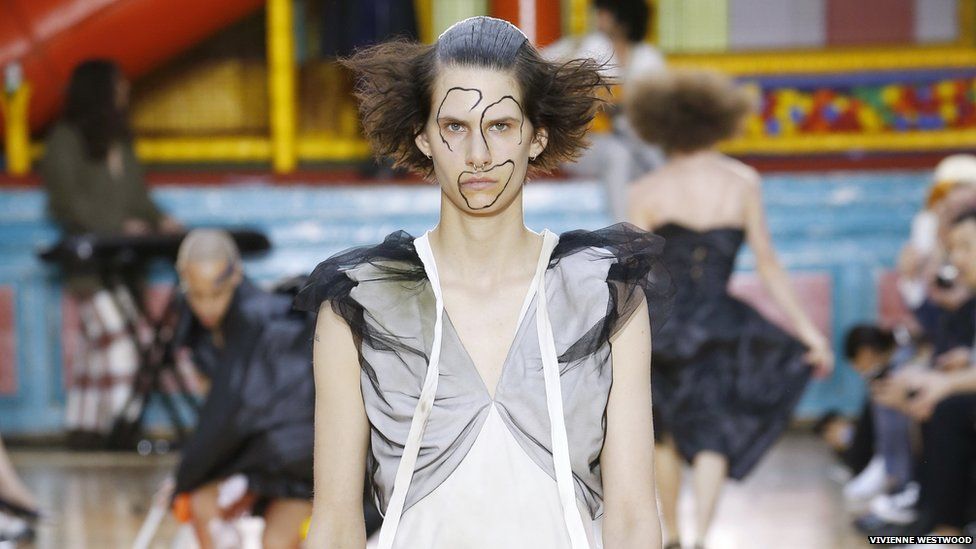 She wants shoppers to buy fewer items, choose them better and make them last.

"It's [about] quality, not quantity, not landfill." 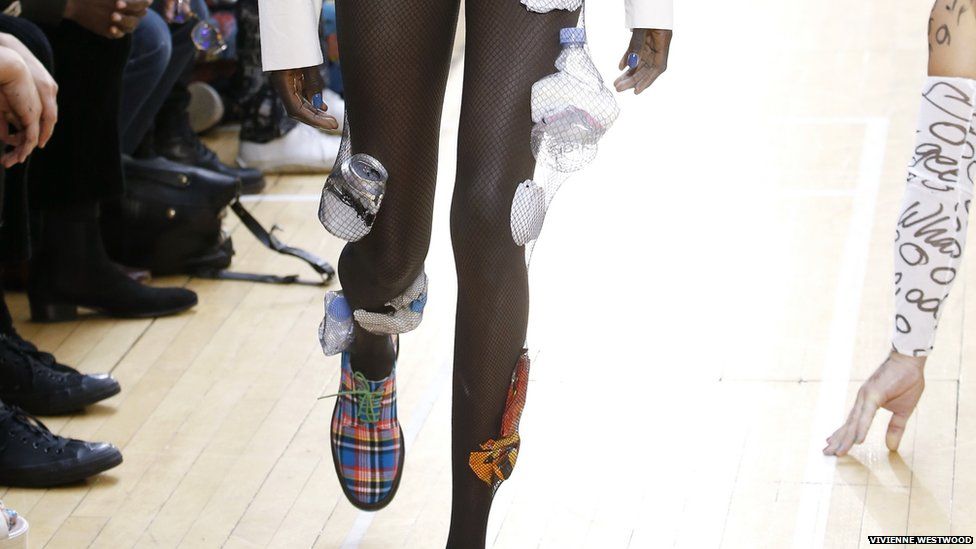 That approach will not only help protect the environment, but also free designers to make more beautiful clothes, she says.

"It would mean designers could then design the clothes that they love. They [wouldn't] have businessmen telling them about prices, or anything.

"What a designer wants is to make beautiful clothes and sell them at the right price." 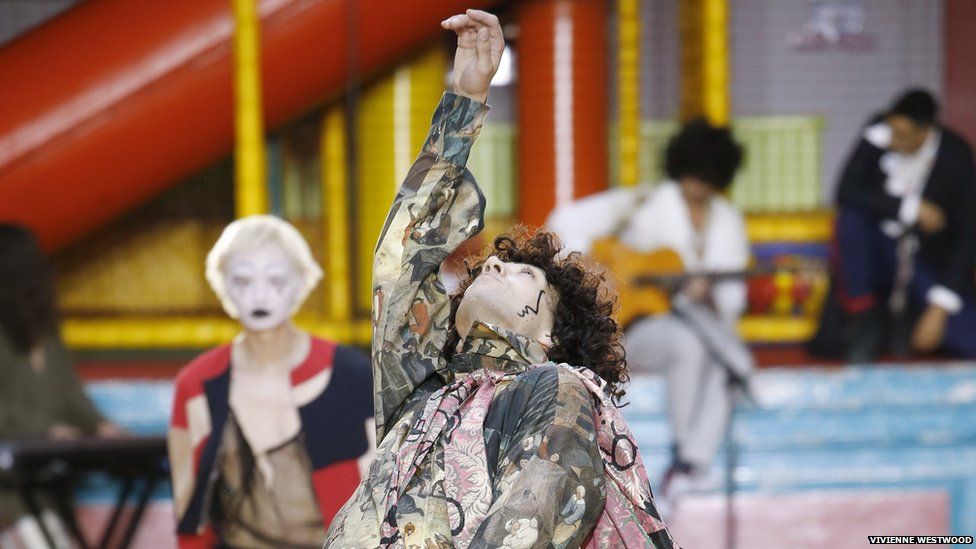 Image caption Some models danced down the catwalk

The Margate rapper included lyrics about climate change in the set. He says it was nerve-wracking to play for a fashion crowd.

"I don't really fit in to that, but knowing that we were accepted was great." 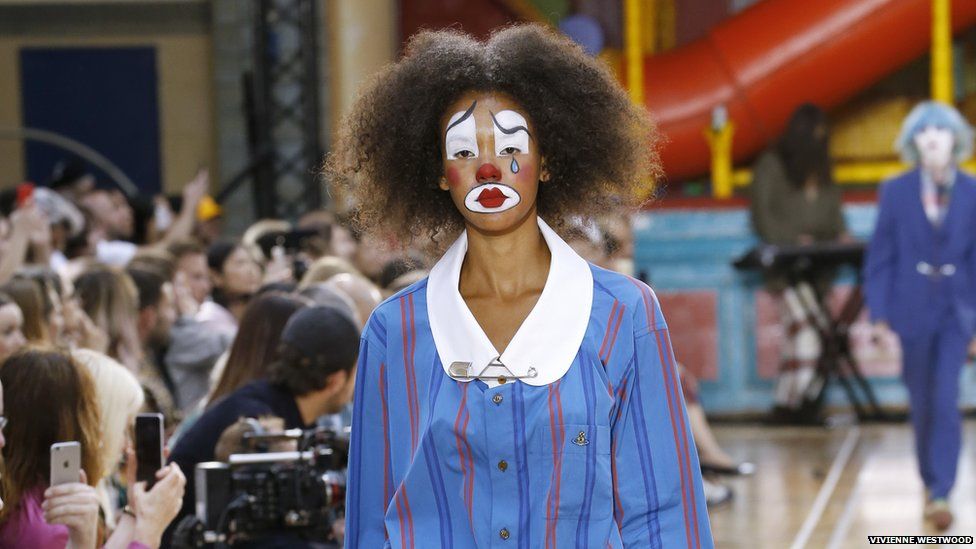 It was the first time they had performed as a trio.

"We played some tunes for Vivienne and [husband and design partner] Andreas Kronthaler," says guitarist Levent.

"They gave us some feedback on what they wanted and we went away and worked out a 12-minute piece of music. We had a lot of fun doing it."