How weapons confiscated in UK schools have changed over the years 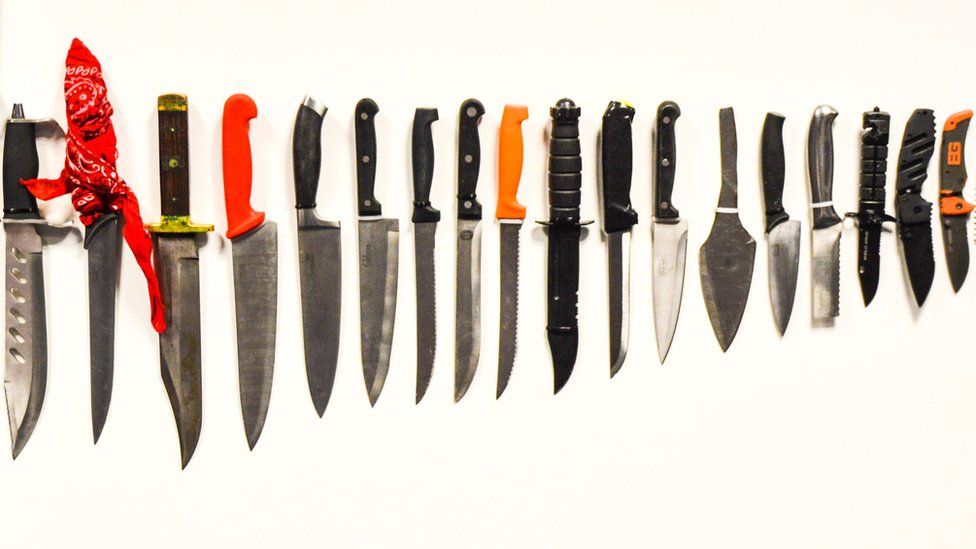 Police in England and Wales say they have confiscated more than 2,000 weapons from schools in the last two years.

The haul includes samurai swords, axes and rifles and police are also warning there has been a "worrying" increase in young people carrying knives.

"I have seen a huge amount of weapons," teacher Guy Tarrant tells Newsbeat.

"They vary in degree of horribleness, from small, everyday missiles to much more dangerous weapons." 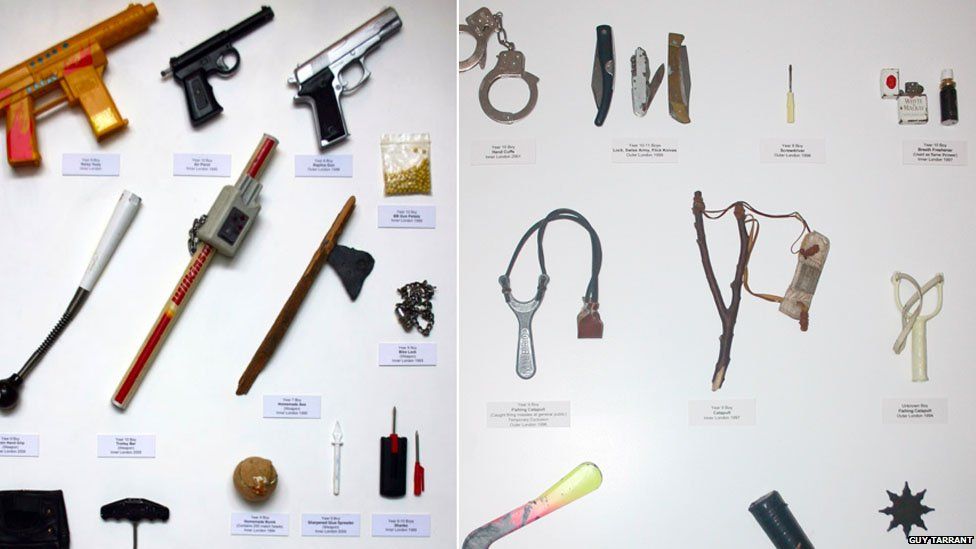 Guy has taught in more than 150 schools across London over the last 20 years and has noticed changes over time in the items he and other teachers have confiscated.

"If we look at the 1950s you had traditional catapults, pea shooters, cap guns, even everyday things like berries and crab apples [being used as weapons]," he says.

Guy has created an art exhibition using materials that have been taken off pupils in the classroom.

"Quite a lot of people used straws for spit balls, boomerangs and iron bars," he says. 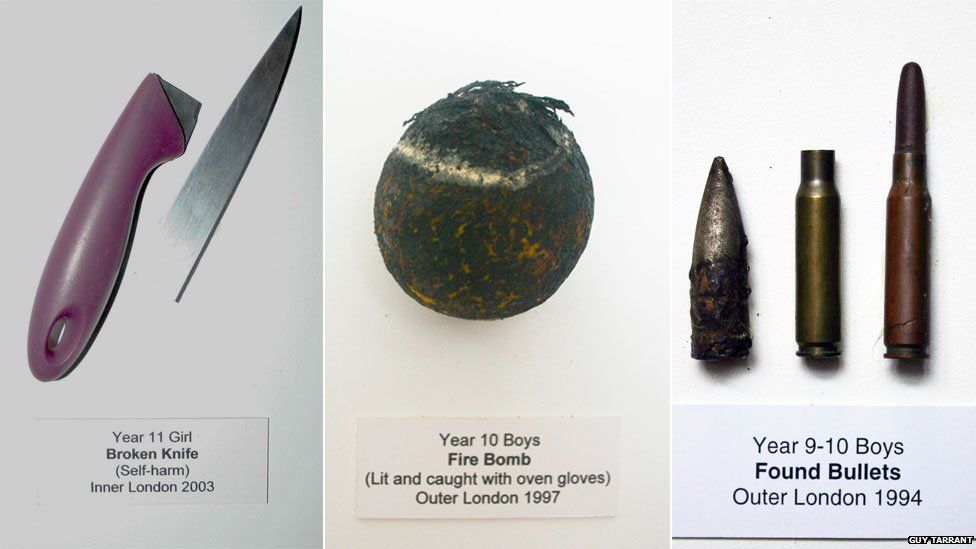 "Baseball bats were popular in the 1980s.

"Then during the 1990s it was things like laser pens and cap guns."

Guy says there are now better security measures to prevent illegal items being brought into schools that have a problem with weapons.

"A lot of schools now have metal arches that beep to alert when metal goes through," he says.

"There also police on site in mainstream schools." 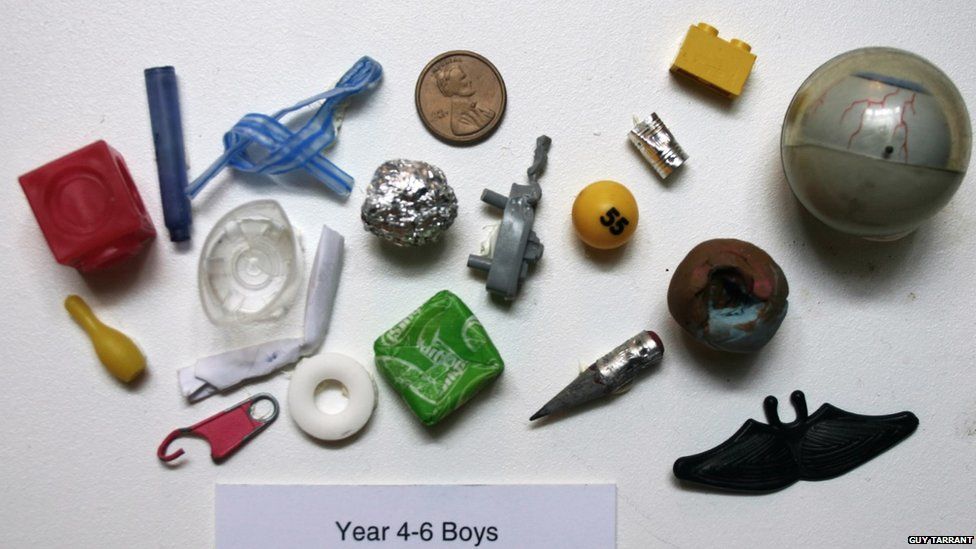 High-profile attacks like the murder of Ann Maguire at a school in Leeds in 2011 have led to calls for first aid to be taught in schools.

She was stabbed by 15-year-old pupil Will Cornick.

Guy Tarrant says some of the objects he has taken off pupils can be scary.

"I have done a lot of work with kids who struggle with behaviour issues they tend to use a lot of broken impulse weapons," he says.

"Broken bits of furniture, smashing plates and using shards from those.

"A lot of school now use plastic plates and plastic cutlery. In technology lessons you get kids making things in there.

"I have seen broken door handles flying around."