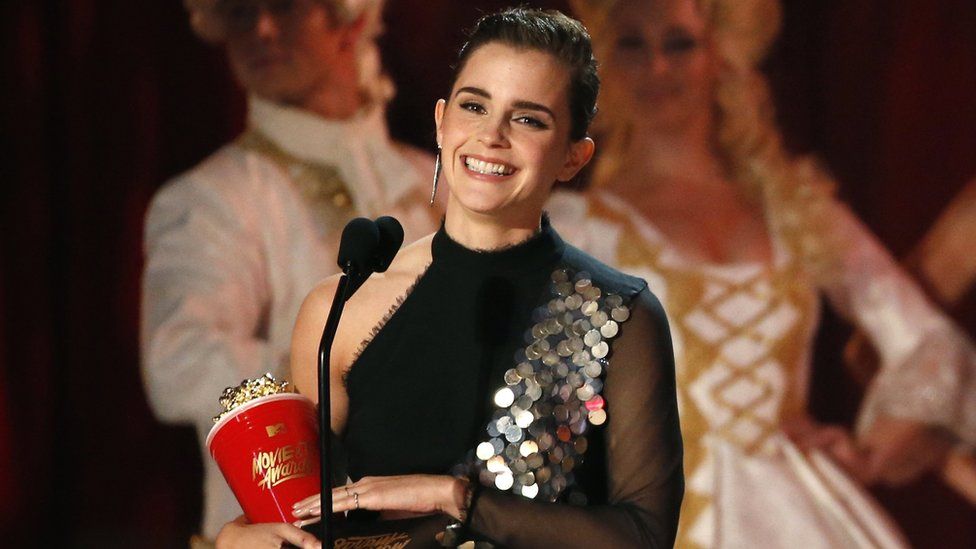 The former Harry Potter star picked up the best big-screen actor gong for her role as Belle in Beauty & the Beast and said it was "very meaningful".

She beat other male stars including James McAvoy and Hugh Jackman.

"The first acting award... that doesn't separate nominees based on their sex says something about how we perceive the human experience," she said. 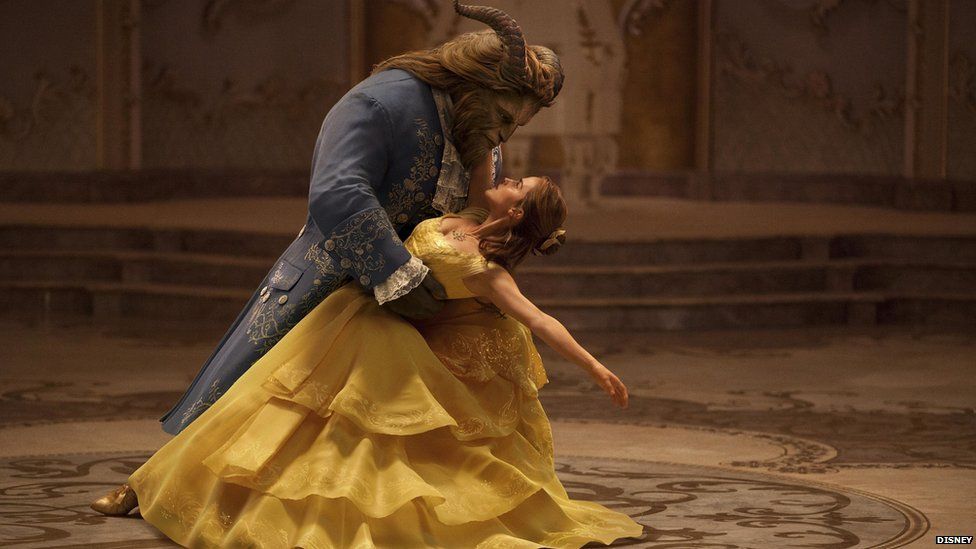 "MTV's move to create a genderless award for acting will mean something different to everyone.

"But to me it indicates that acting is about the ability to put yourself in someone else's shoes and that doesn't need to be separated into two different categories.

"Empathy and the ability to use your imagination should have no limits. This is very meaningful to me."

While most people were positive about her words, not everyone on social media was happy with Emma Watson's speech.

Is it time to scrap gender specific awards? 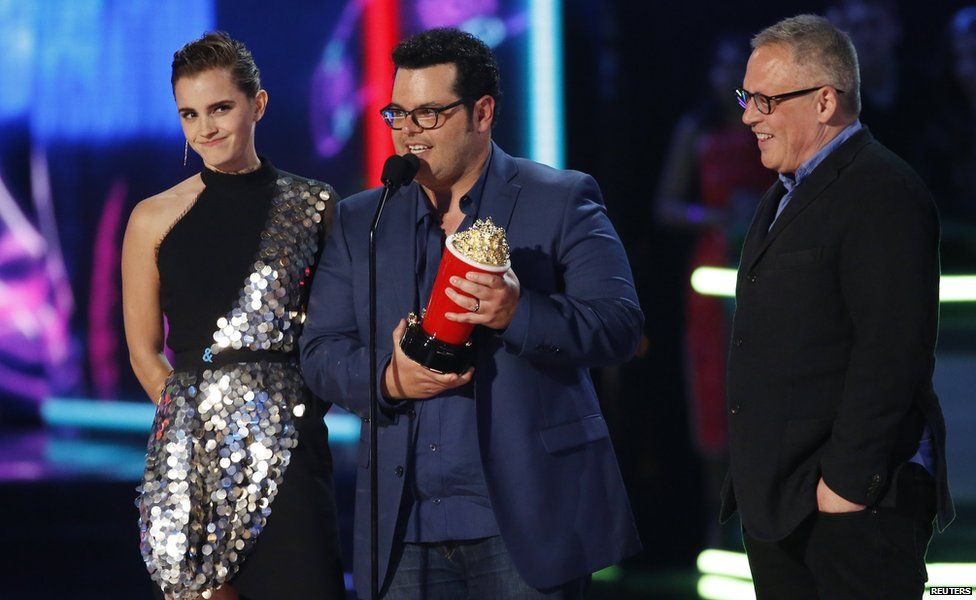 Emma Watson also collected the movie of the year award for Beauty & the Beast, which beat Get Out, Logan and Rogue One: A Star Wars Story.

The Disney film's director, Bill Condon, said: "Thank you to the audience who embraced this movie so much but especially to the women because women are proving that they are a huge and powerful audience and that's going to change the movie business."

Another British winner was Millie Bobby Brown, who won best actor in a television show.

She called her character Eleven in Stranger Things a "badass female". 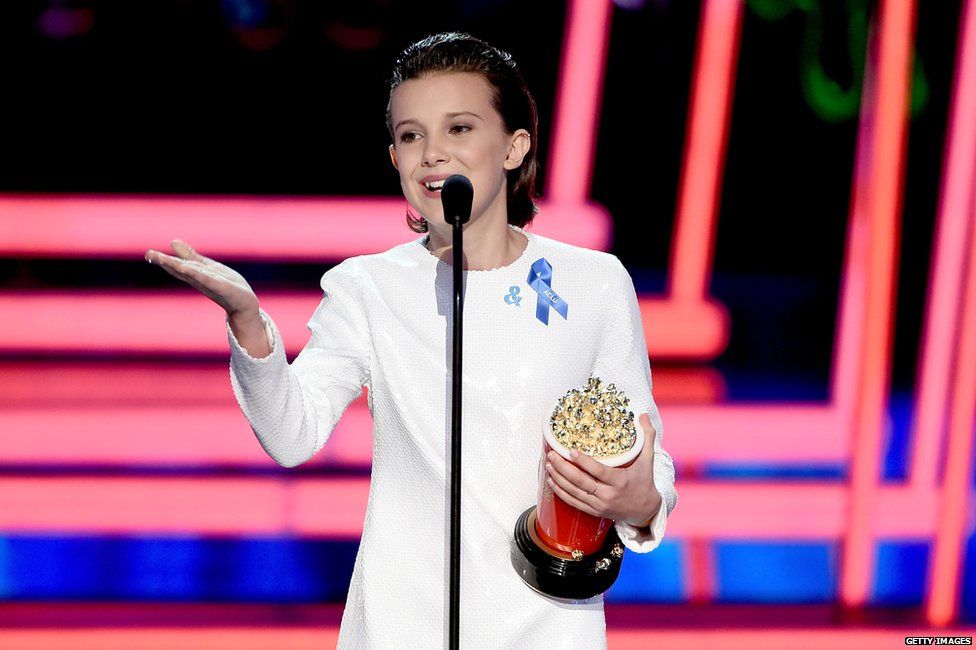 The 13-year-old beat competition from Emilia Clarke in Game Of Thrones and Jeffrey Dean Morgan in The Walking Dead.

She thanked family, friends and colleagues on the Netflix show including creators Matt and Ross Duffer.

She said: "Lastly I want to thank the Duffer brothers because they have created a badass, female, iconic character that I've got the honour to play." 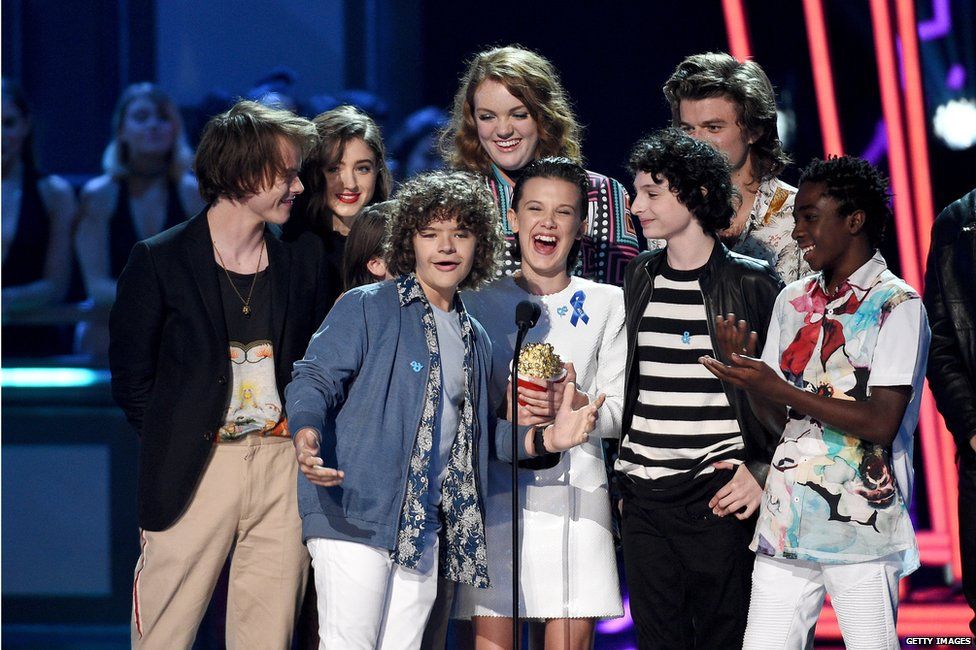 Finn Wolfhard, who played Mike Wheeler, thanked the cast, saying: "They treated us like true collaborators and not just little kids."

The fan-voted ceremony, hosted by comedian Adam Devine in Los Angeles, replaces the MTV Movie Awards by introducing prizes for shows on television and streaming services.

Wolverine actor Jackman stepped aside for his sidekick, who plays young mutant Laura Kinney, to make the acceptance speech.

She said: "Tonight I want to thank MTV and Mum." 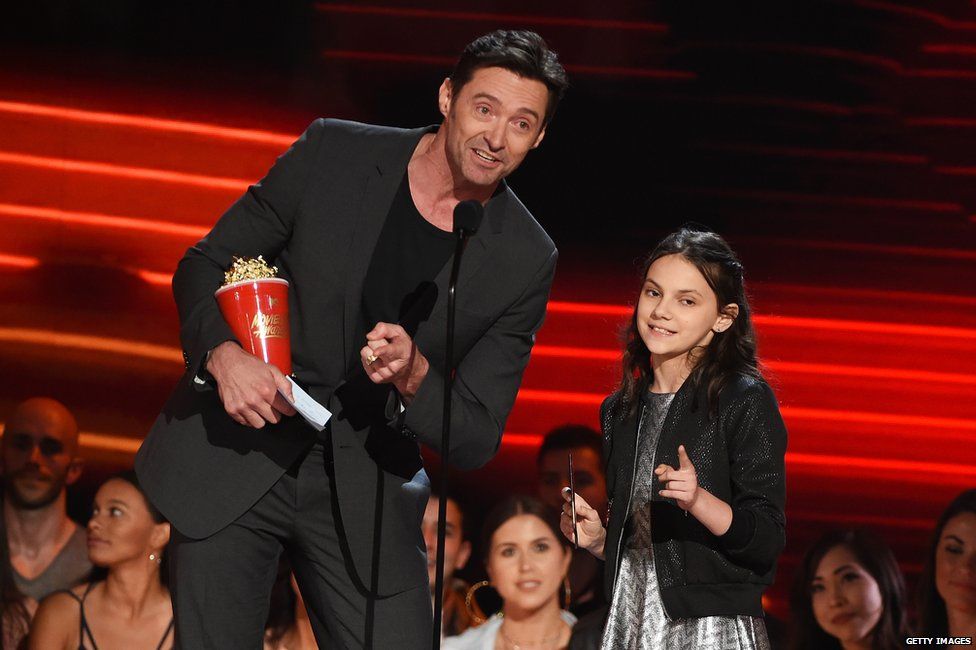 Ashton said: "This award is bigger than Jharrel and I. This represents more than a kiss. This is for those who feel like the others, the misfits - this represents us." 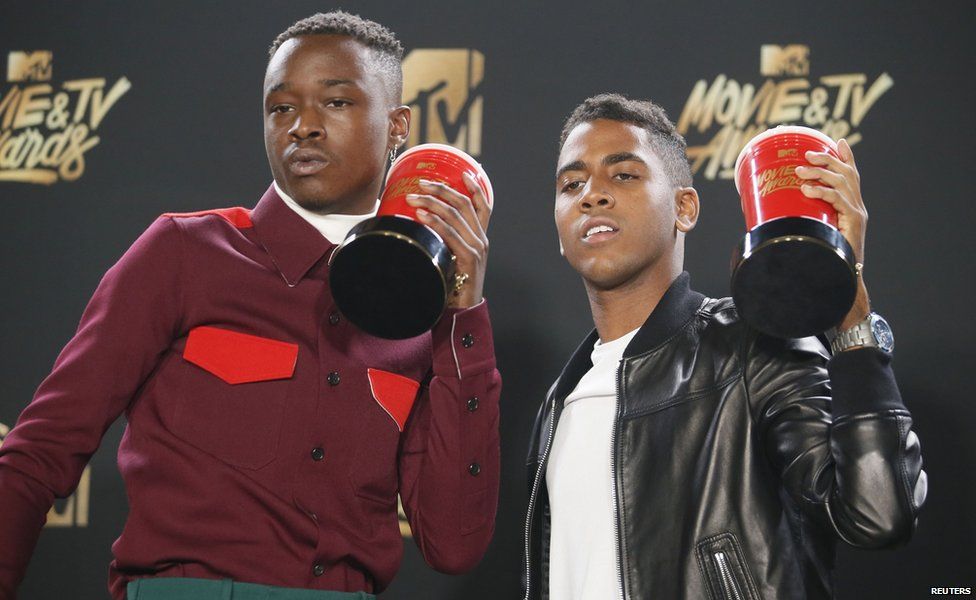 Vin Diesel thanked fans for accepting a "multicultural franchise" as his Fast And The Furious films won the generation award.

"Most importantly, I gotta thank our generation," he said.

"I gotta thank a generation that was willing to accept this multicultural franchise where it didn't matter what colour your skin was or what country you were from.

Londoner Daniel Kaluuya has been tipped as a star of the future after being handed the next generation award.

The former Skins and Get Out actor thanked everyone who's helped him on his way, saying: "I'm here but I'm standing on a lot of people who have helped me out with my life." 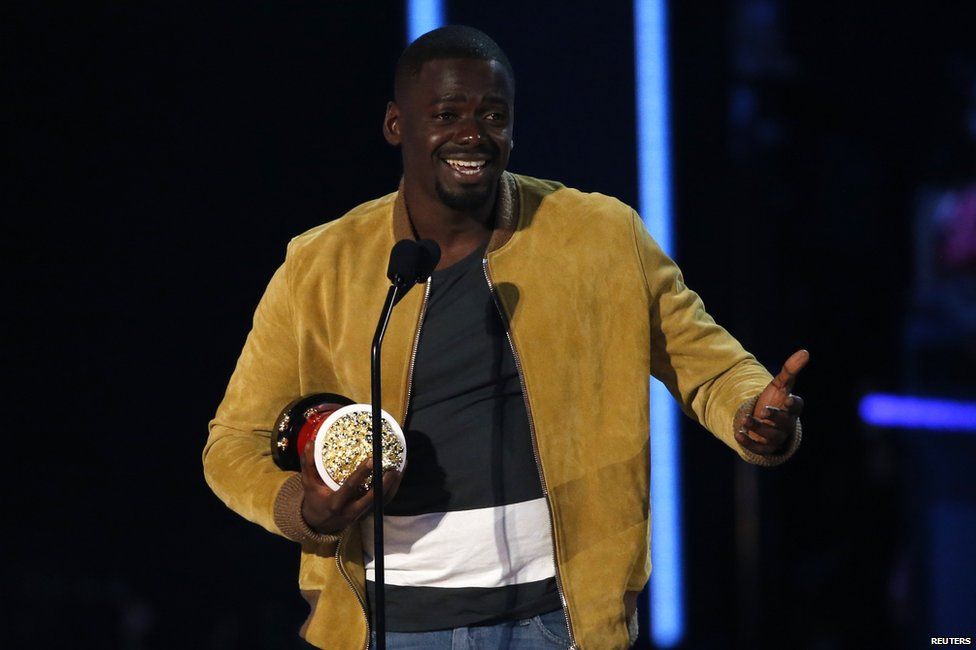 The Daily Show host Trevor Noah thanked US president Donald Trump for providing the jokes and France for keeping the far-right Marine Le Pen out of office.

Accepting the best host award, the South African said: "Thank you to Donald J Trump for the comedy.

"And thank you France for making the right decision." 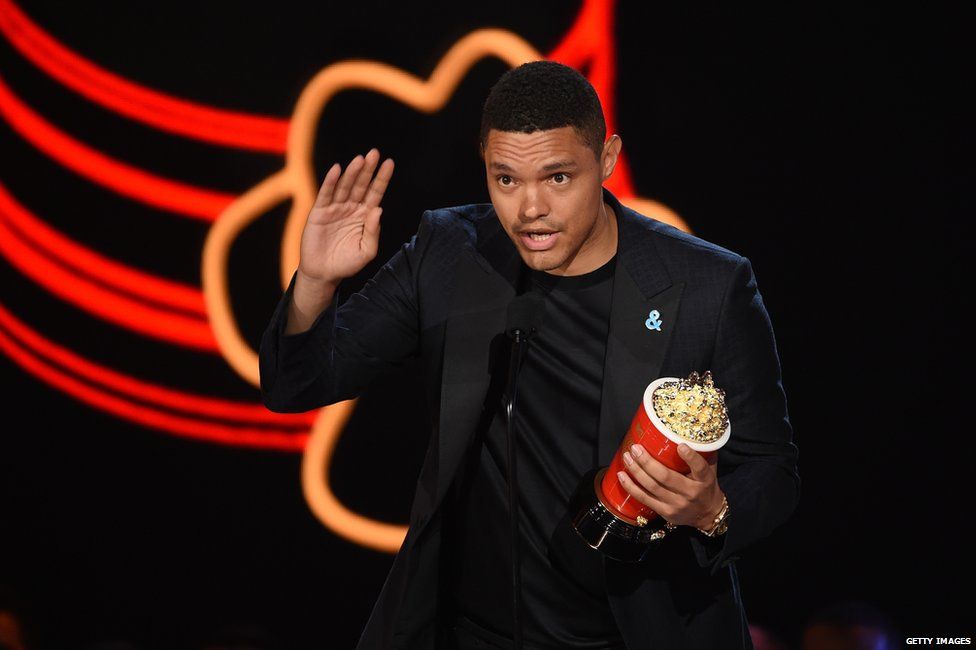 US politician Maxine Waters presented the award for best fight against the system and said each of the nominees "pushes back against the bullies and uses their platform to inspire us all". 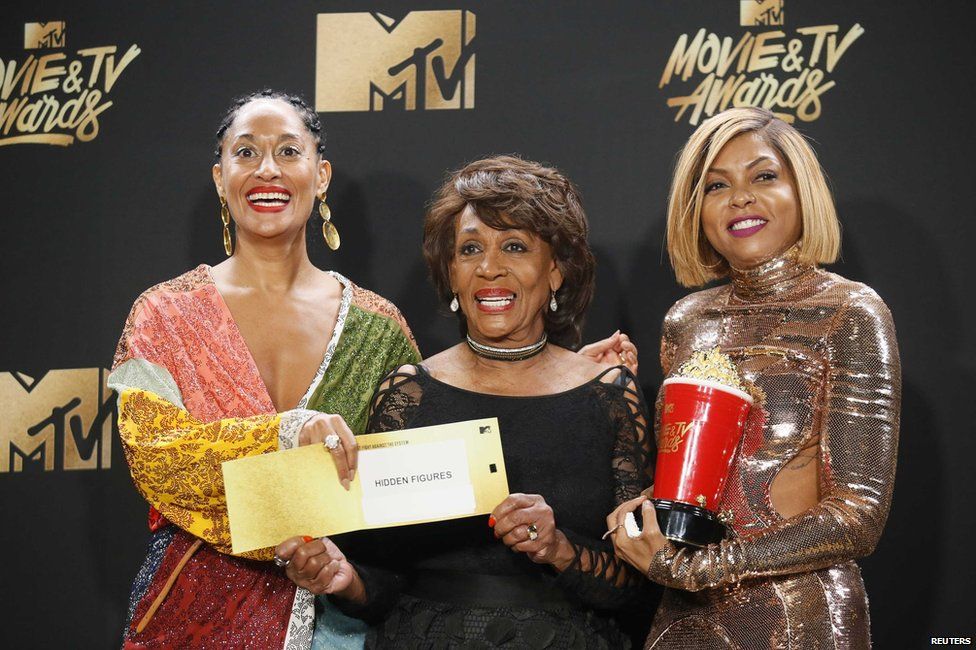 Other winners at the event in LA were Jeffrey Dean Morgan as best villain in The Walking Dead, best documentary for 13TH, best comedic performance for Lil Rel Howery in Get Out and tearjerker for Jack (Milo Ventimiglia) and Randall (Lonnie Chavis) at karate in This Is Us. 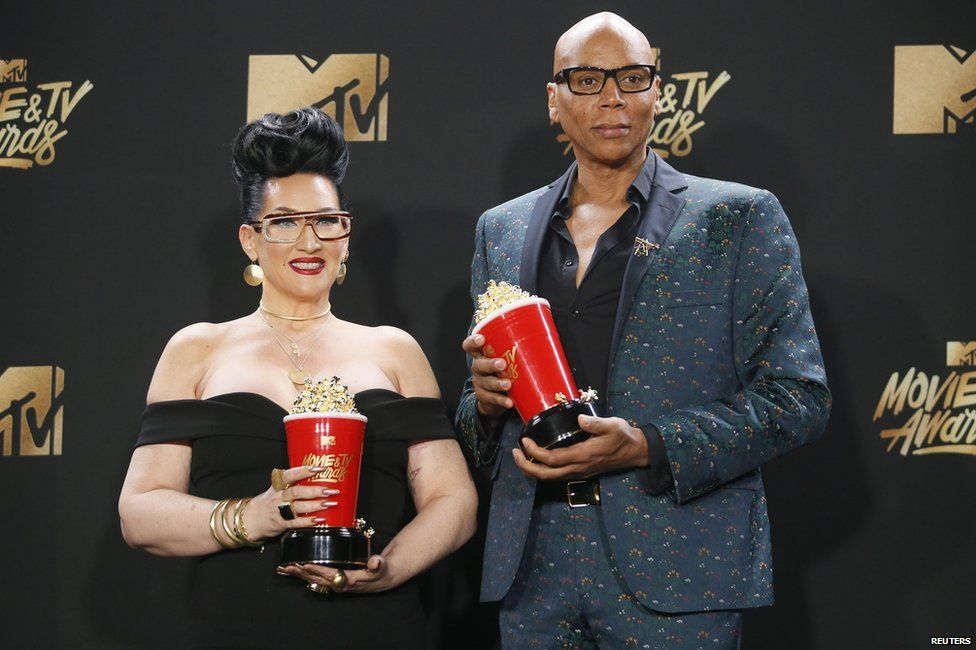 There were also wins for Blackish in the best American story category, Channing Tatum and Beyonce's Lip Sync Battle to Run The World (Girls) took the trending prize and best musical moment went to You're The One That I Want from Grease: Live.

In between the awards, there were performances from Big Sean, Noah Cyrus and Camila Cabello.

There were also new film trailers from Wonder Woman, It and Spider-Man - among others.