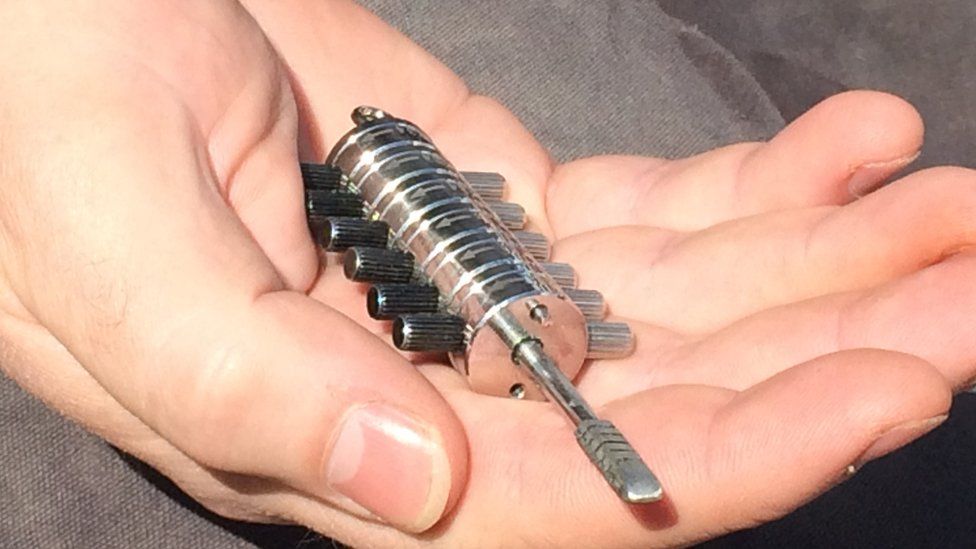 A skeleton key being sold for £20 online is being blamed for rising tool thefts from vans.

It's claimed a van is broken into and tools stolen every 23 minutes in the UK.

Police figures obtained by the BBC Radio 5 live suggest this kind of theft has risen by nearly two-thirds in two years.

Trades people are calling it an "epidemic" that is destroying livelihoods.

Builder Spencer Hargrave from West Yorkshire became a victim of the key scam in December 2015 when his van was broken into.

He thinks £1,500 of equipment and tools were taken.

Video caption Andrew Blackett's van was parked on his drive when it was targeted just after Christmas last year.

"I rang the police and they said there had been a few in the area [who had] been done on the same morning," he said.

"They've entered the van with a key... which I'd never heard of until then".

He lost hundreds of pounds worth of tools, and claims the police weren't interested in investigating.

"They said 'it's a builders van, there'll be no fingerprints, get yourself to work.'

"They gave me a crime number and that was it really - forgotten about," said Paul. 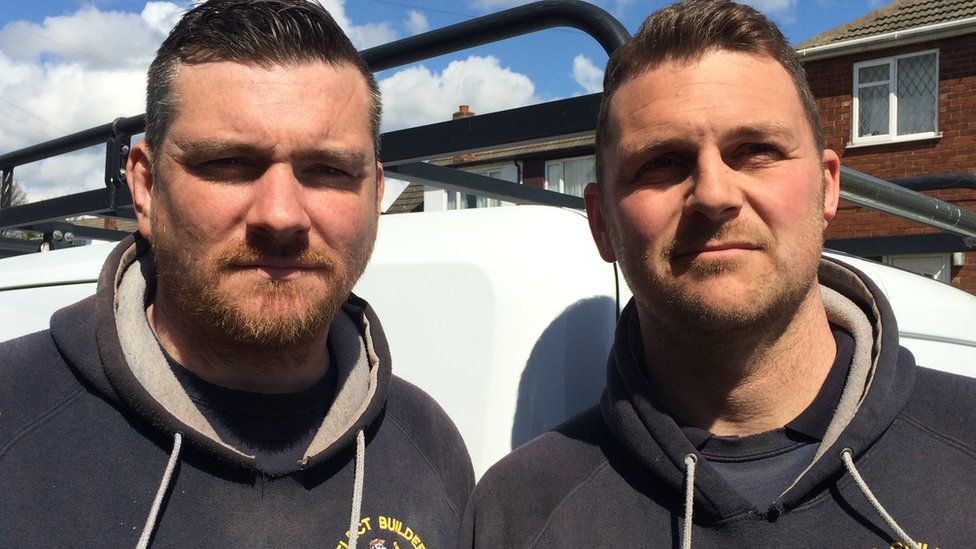 Skeleton keys enable criminals to break into popular vehicles at will.

They do have a legal use, as a locksmith's tool, but critics say it should be less readily available to the general public.

Steffan George from the Master Locksmiths Association said: "These are legitimate locksmiths tools, but they shouldn't be available to everyone.

"We would welcome a restriction of their sale."

Spencer and Paul now run a Van and Tool Theft Awareness Group on Facebook, and say police apathy is a big part of the problem.

It's a claim denied by Deputy Chief Constable Matt Jukes, who speaks for police on issues involving theft. 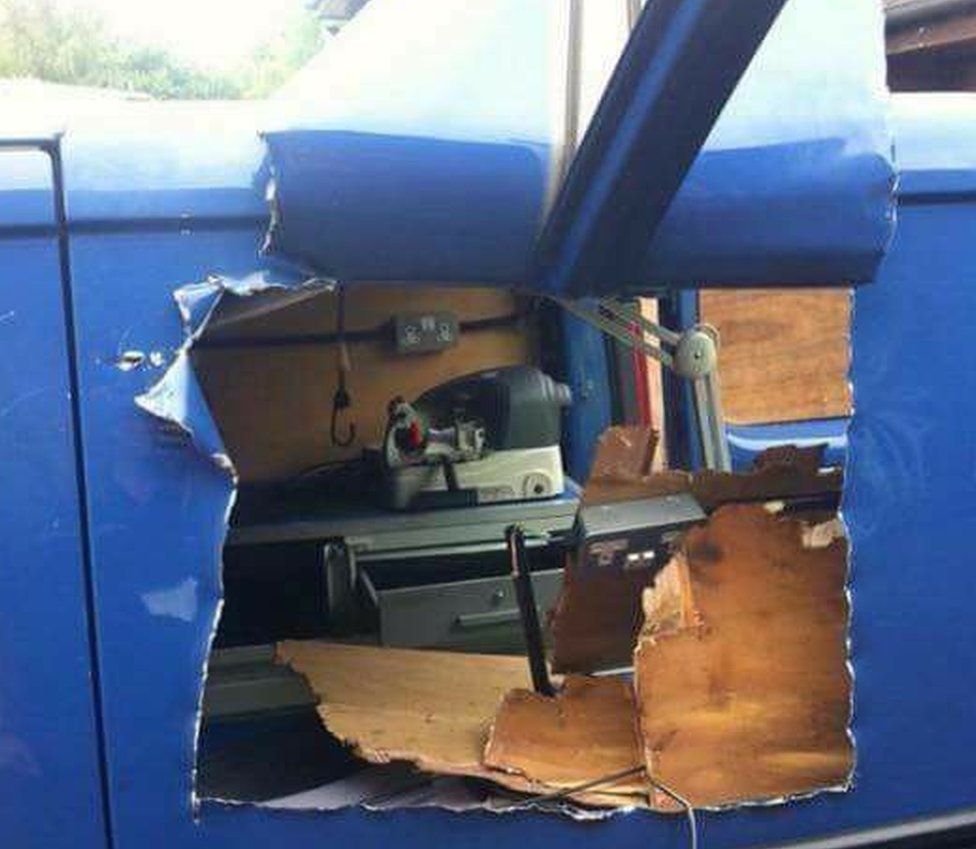 He said: "We investigate these cases and tailor our response to the circumstances and individual needs of the victim."

And he added: "There has been some rise in theft from vehicles in recent times. However, this has been against the backdrop of theft rates decreasing for a number of years."

Even so, the latest figures are startling. BBC 5 Live Investigates asked all 45 police UK police forces about the scale of the problems and received replies from 30.

Campaigners also blame the rise in thefts on a method that has become known as "peel and steal".

Criminals use their body weight to press on the van, then lift open the top of the side door.