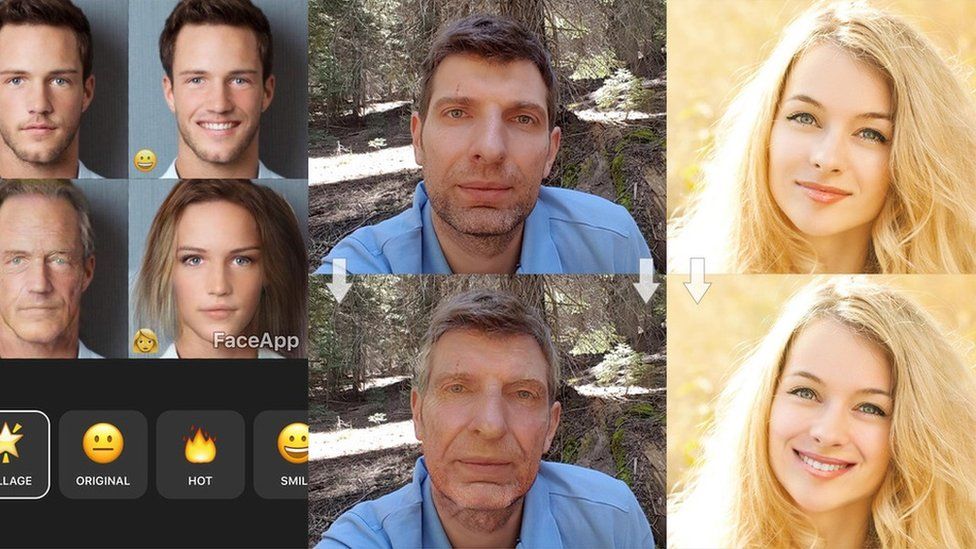 The makers of a face-morphing app have apologised after users accused them of creating a "racist" filter.

But when users with darker skin tones apply the "hot" filter to pictures, they say the app lightened their faces.

"On a picture of a friend of mine it lightened her skin, took away her glasses, and changed all of her features so that she was unrecognisable," one reviewer wrote.

"Overall, this app only fully works for white men who don't wear glasses."

Yaroslav Goncharov, CEO and founder of the company which makes the app, has issued an apology.

"We are deeply sorry for this unquestionably serious issue," he said in a statement given to Newsbeat.

"It is an unfortunate side-effect of the underlying neural network caused by the training set bias, not intended behaviour."

The "neural network" is a computer system modelled on the human brain and nervous system.

"To mitigate the issue, we have renamed the effect to exclude any positive connotation associated with it," said Mr Goncharov.

"We are also working on the complete fix that should arrive soon."

The "hot" filter is now known as "spark" on FaceApp, however it still has the effect of lightening the skin.

Other apps have been criticised in the past for filtering skin colour.

A controversial Snapchat face filter drew outrage from thousands of users, who described it as a "racist" caricature of East Asians.

Described as "yellowface" by angry users, it contorted facial features and gave users the appearance of slanted eyes.