Nike to investigate 'misuse' of logo in race hate merchandise 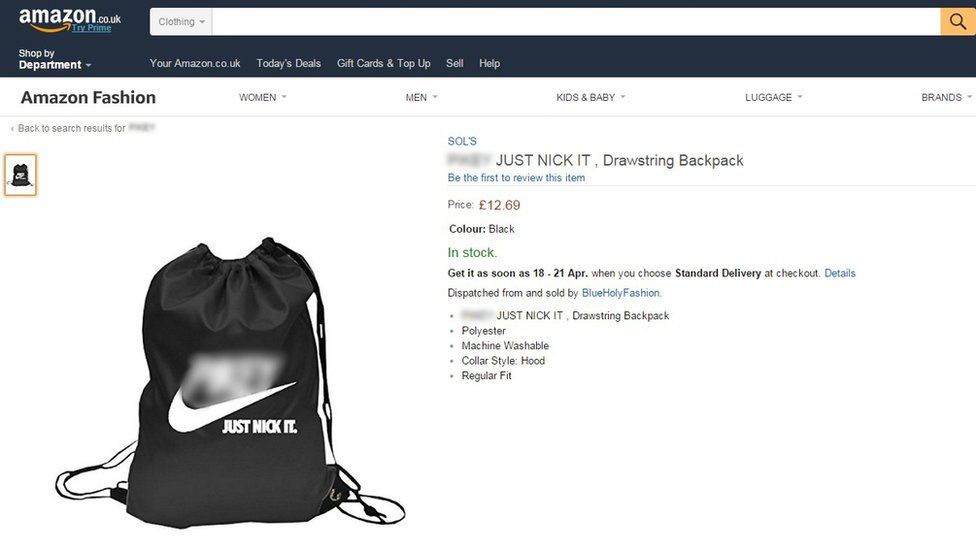 Nike has told Newsbeat that it is looking into the "misuse" of its logo on products branded with a race hate slur.

Listings have been taken down by Amazon and eBay after we informed them about the use of an offensive word.

They were all branded with the race hate slur and the tagline "Just Nick It" instead of "Just Do It".

Dr Hazel Marsh, a Romany Gypsy and a lecturer at the University of East Anglia, says she complained to Nike because she was worried the products would encourage race hate towards Travellers.

Dr Marsh has shown us her own emailed response from the US sportswear company. 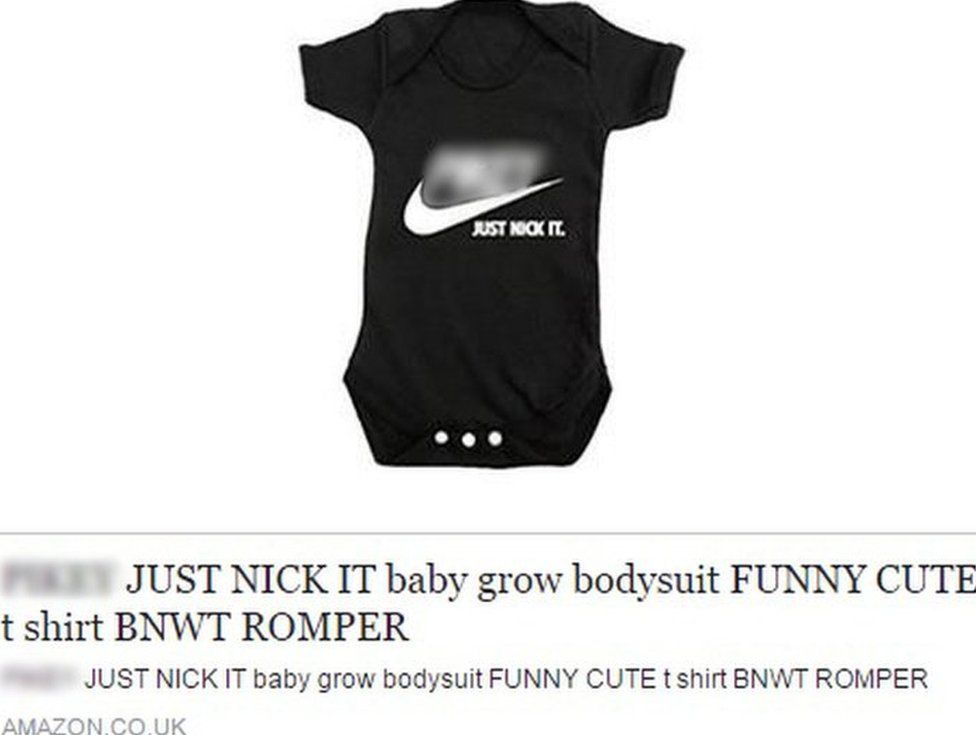 The letter, from a Nike representative calling herself Nicola, says: "I just want to say thank you for letting us know about this misuse of our logo.

It goes on: "We here at Nike respect and appreciate every one of our consumers no matter what their race, age or gender is."

Sherrie Smith runs a website where racism against Gypsies and Travellers can be reported and told Newsbeat she found T-shirts, baseball caps and drawstring bags with the word on.

"They all have the Nike tick, but it says 'Pikey: Just Nick It'," she says.

"That word is a disgusting word. It's exactly the same as the n-word."

Danniel Bennett, 19, is a hairdresser and Romany Gypsy from Nottinghamshire and says the term is offensive and damaging. 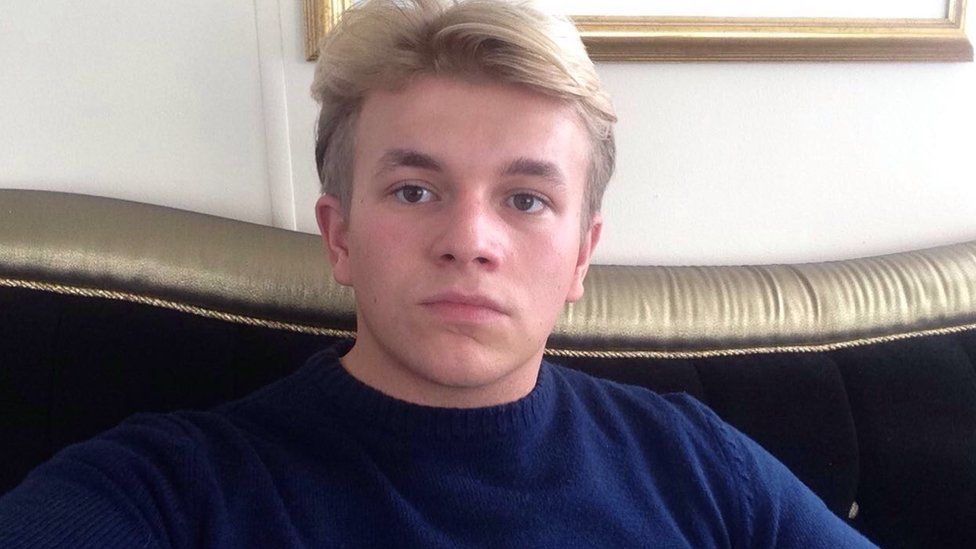 "It doesn't matter how many good things I've done in my life, or whether I go to university or college," he says.

"All I will be labelled as, is as a pikey that just nicks things.

"When somebody puts on a T-shirt like that, I look at it and think, 'Is that what people think of me?'

"It doesn't matter what I do, or where I go, or what I achieve in life, I will always be what that T-shirt says. And that doesn't make me feel good."

Newsbeat has spoken to a senior barrister who specialises in Gypsy Traveller rights. He says the makers, sellers and wearers of this merchandise could all, in theory, face prosecution for incitement to racial hatred.

Gypsy and Traveller activists have been sharing dozens of screengrabs in Facebook groups and emails, with many saying they have complained to retailers.

Image caption Amazon links to offensive products now get this screen. Some links have been removed since Newsbeat got in touch

Amazon confirmed they had removed two product listings after being contacted by Newsbeat, but wouldn't make any further comment.

eBay says it is in the process of removing listings and that it aims to find and remove offensive material as soon as it's identified.

An eBay spokesperson also told Newsbeat anyone knowingly selling these items in their online marketplace could have their accounts restricted or suspended. 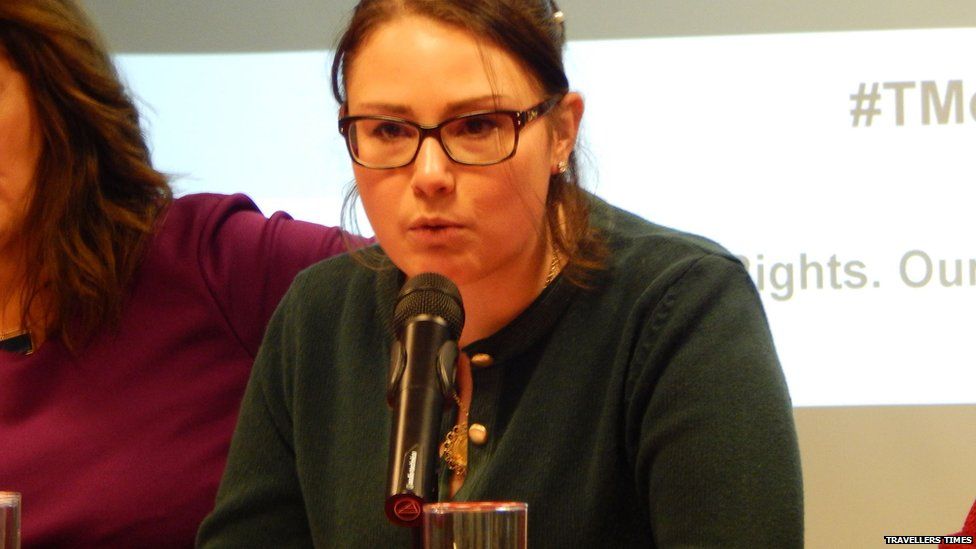 The word in question is originally thought to have come from "turnpike dweller" back in the 1800s.

Back then, it would have referred to someone living on roadsides near where tolls are collected - but of course the meaning has changed.

"It's been so normalised in people's everyday vocabulary, we're almost immune to it," she says.

"We're de-sensitised to this word as a racial slur. 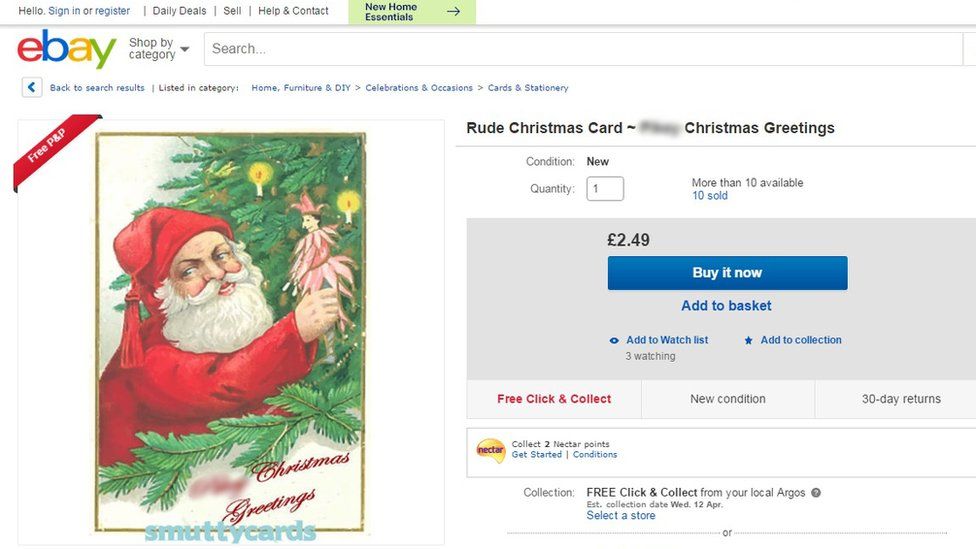 "I do feel as though it [being anti-Gypsy] is the last acceptable form of racism that we still have in society."