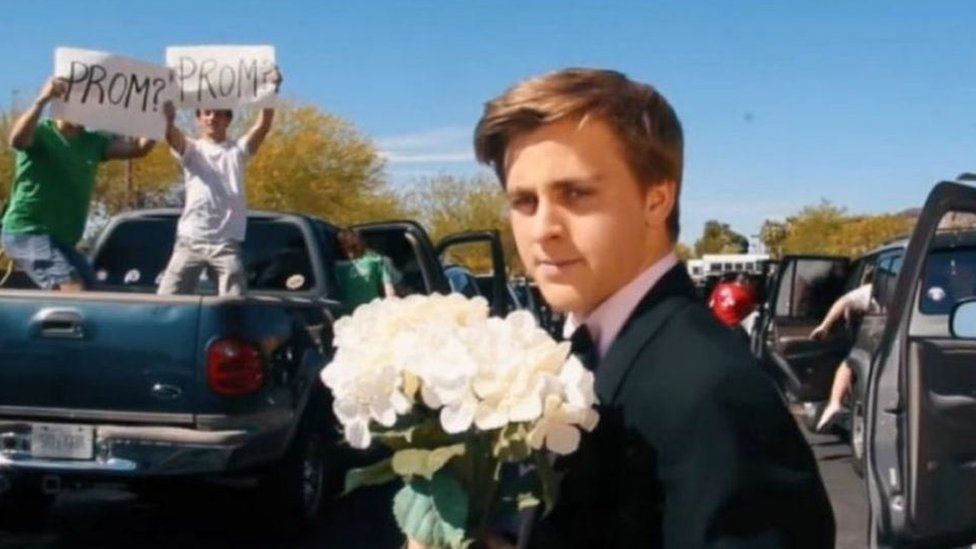 Emma Stone has thanked a teenager for "the greatest proposal I've ever received".

Seventeen-year-old Jacob Staudenmaier went viral after he recreated the opening scene of her Oscar-winning La La Land, to ask her to his prom.

He sang along to Another Day of Sun, swapping the original lyrics for new ones. But sadly, she can't make his school dance.

She's responded, saying: "I can't tell you what an honour that was."

He told Good Morning America he'd heard back from the actress.

He read out a letter from her live on air.

"Jacob, thanks for making the greatest proposal I've ever received," it read.

"I can't tell you what an honour that was and how much I smiled through that entire beautifully orchestrated video.

"I'm in London working but I hope you have the best time at prom and I'm grateful you thought of me. Thank you."

She ended the note by saying: "Ps, I do see Gosling around the eyes. Love Emma." 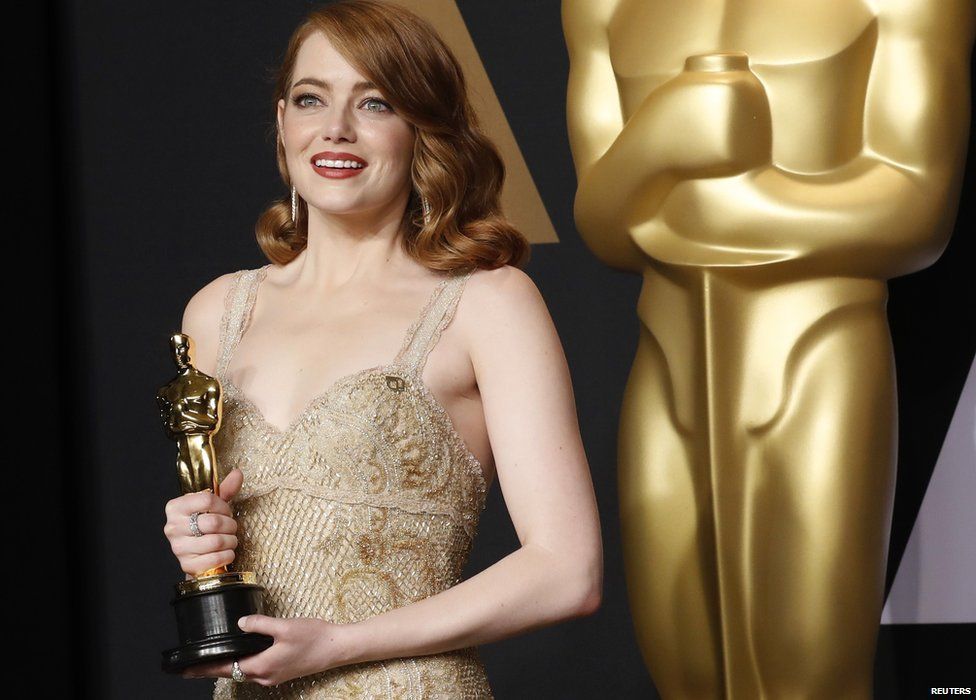 Just like the film, his re-make features cars stuck in traffic - although in this version, they seem to be in the school car park rather than on a highway in LA.

"I need a date to prom," he sings in the choreographed performance.

"Jacob Staudenmaier is my name... Emma Stone if you came, I think I'd lose it, go insane."

He also says people think he looks like her La La Land co-star Ryan Gosling, although he admits "maybe that's a bit far-fetched".

Jacob says he'll still go to prom, even though Emma can't make it and that he'll have a great time with all his friends.