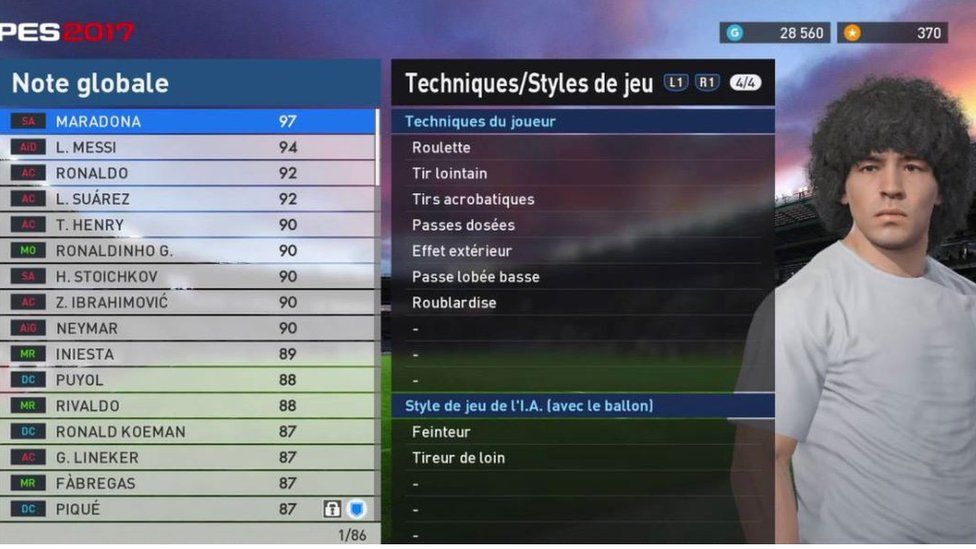 The world-renowned footballer is angry they have used his likeness without his permission.

On his Facebook page he said his lawyer would be "initiating appropriate legal action" against the Japanese gaming company.

The former Argentina, Barcelona and Napoli midfielder went on to say he hopes it's not another scam. 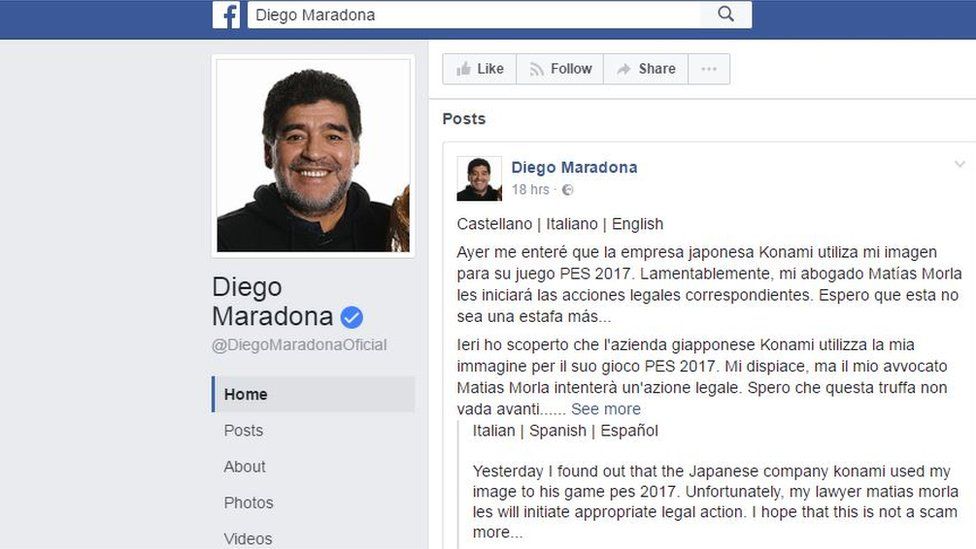 If you're playing the video game on the myClub mode Maradona appears as one of the "Legends". Others include Henrik Larsson, Thierry Henry and Gary Lineker. 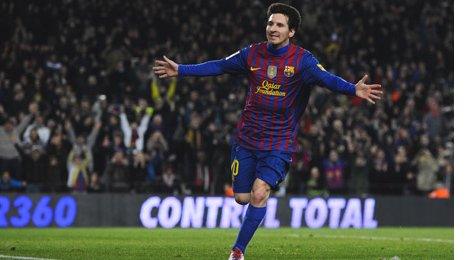 Is Messi the best of all time? 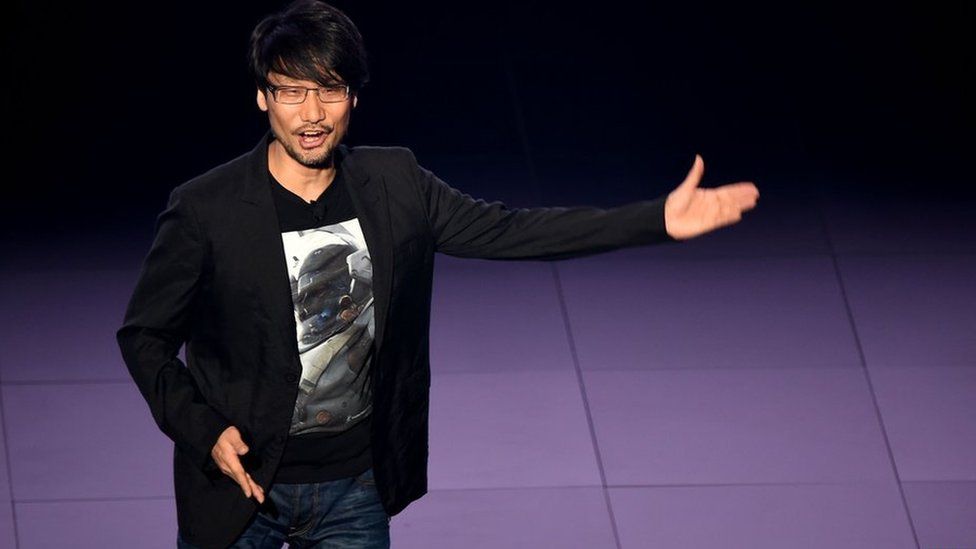 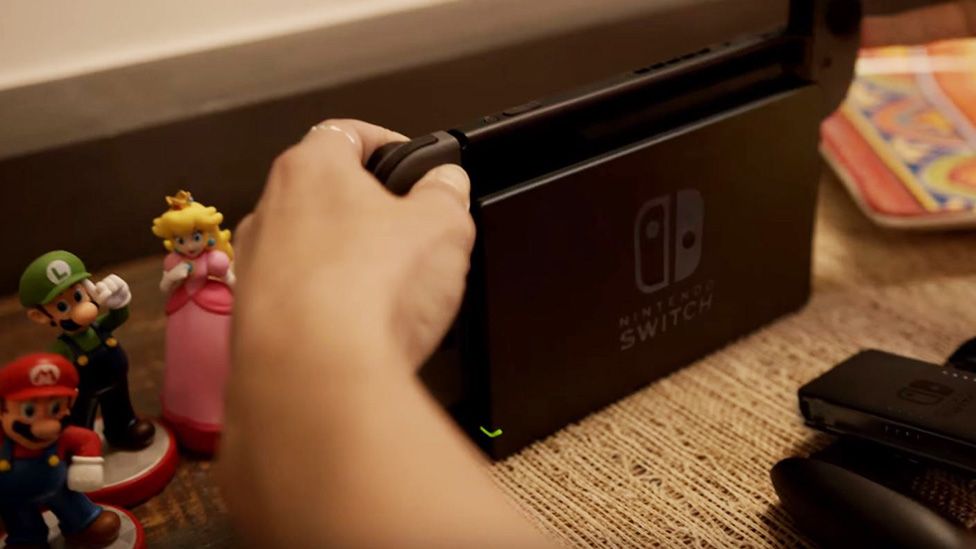 Nintendo Switch has 'pretty much clinched it'

The Argentine star has a rating of 98 - the highest rating you can get. Ronaldo gets rating of 93 and Ronaldinho is rated 91. 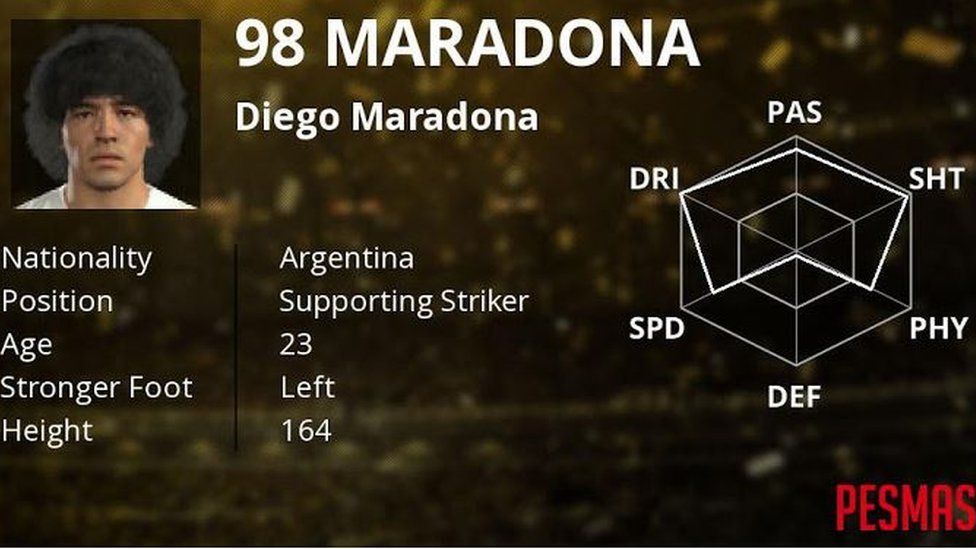 Newsbeat has asked Konami about how the rights for retired players were handled, but has yet to get a response.

It's not the first time someone has sued a video game maker for not having the right permission.

A company that owns the right to tattoos on National Basketball Association (NBA) players is suing Take-Two Interactive and Visual Concepts, which make a game called NBA2K.

It's because they used images of the tattoos on NBA players without permission.

The National Football League (NFL) Players Association tells its players that in order for tattoos to appear, they need waivers from the artists. 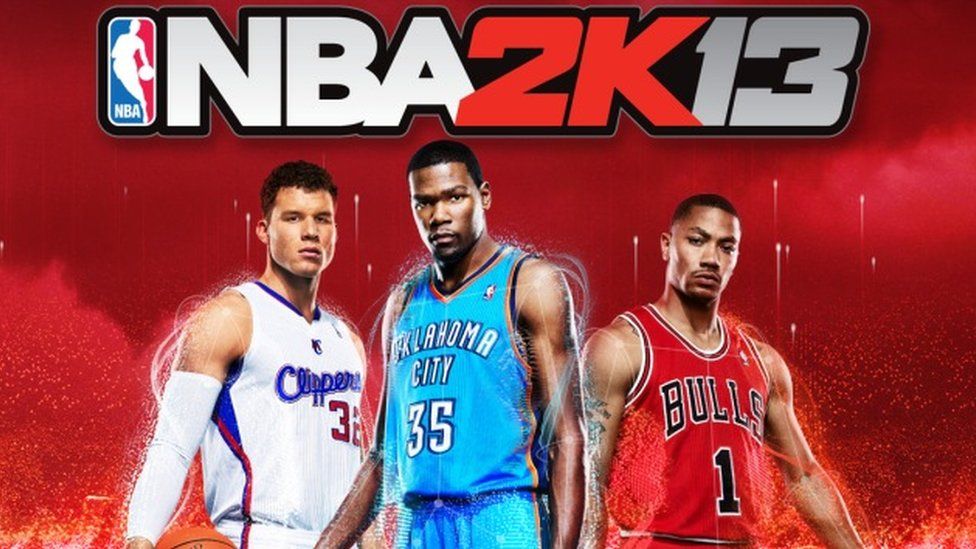 Pro Evo is one of the most popular games in Konami's back catalogue and has been available for consoles since 2003.

It's a spin-off from the earlier International Superstar Soccer series which began in 1995.