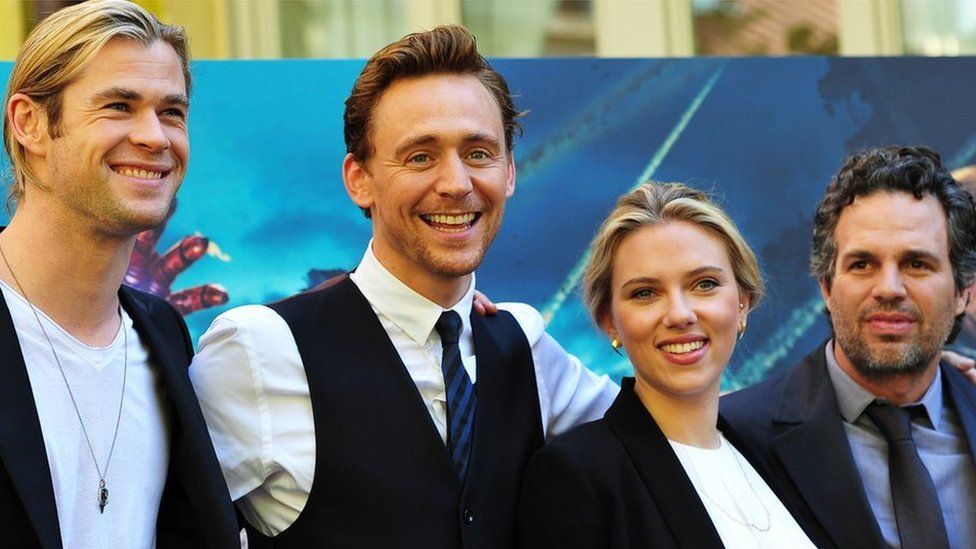 Filming is under way in Edinburgh for the latest Avengers movie.

Rumours are flying over which members of the franchise's A-list cast are in the city.

The shoot, for the third Avengers outing Infinity War, is thought to be the biggest filming project ever to hit Scotland.

A central street is being blocked off to the public for night shoots, and a giant special effects "green screen" has been installed in Waverley station. 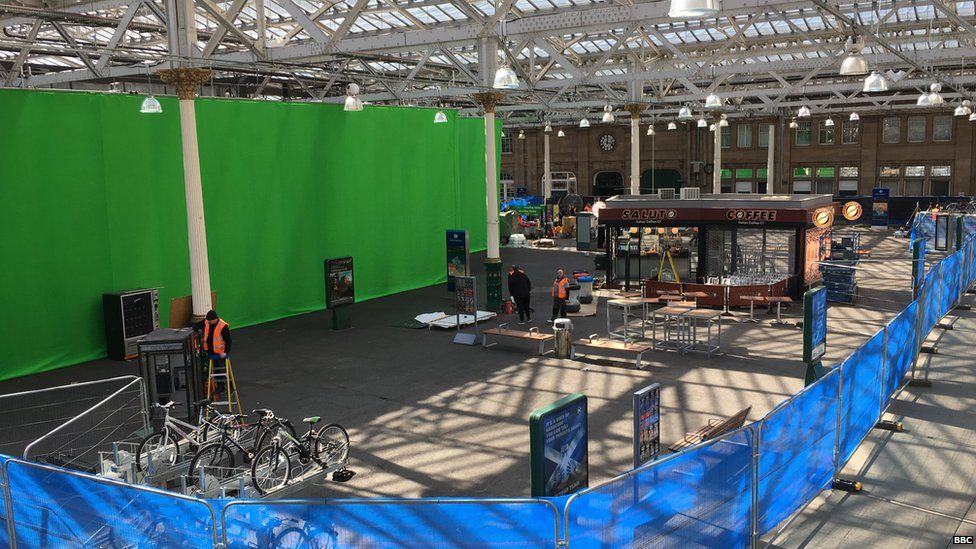 Paul Bettany, who plays Vision, is reported to have been seen in the Scottish capital.

This video of what appears to be a stunt double for Scarlet Witch, played by Elizabeth Olsen, is also being widely shared on social media.

Caoimhe McCarthy is one of many fans saying on Twitter that they spending time at filming locations trying to catch a glimpse of stars. 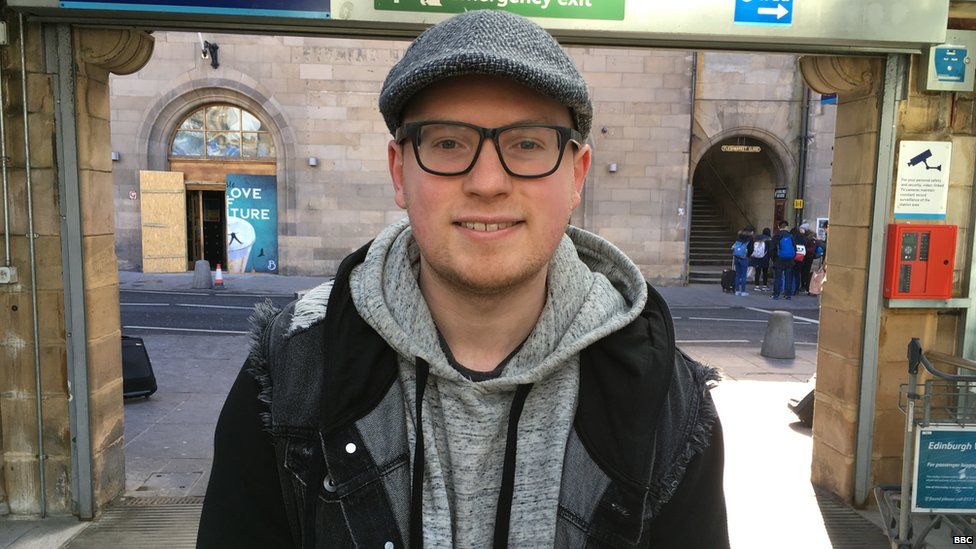 Lewis Wake, 26, a web designer from Edinburgh, has been keeping tabs on rumours.

"Residents have been told not to panic."

Sets and fake shop fronts that have sprung up where filming is taking place include Scottish Saltire flags.

There are also posters saying "This is Scotland", and, on one kebab shop, notices saying, "We will deep fry your kebab". 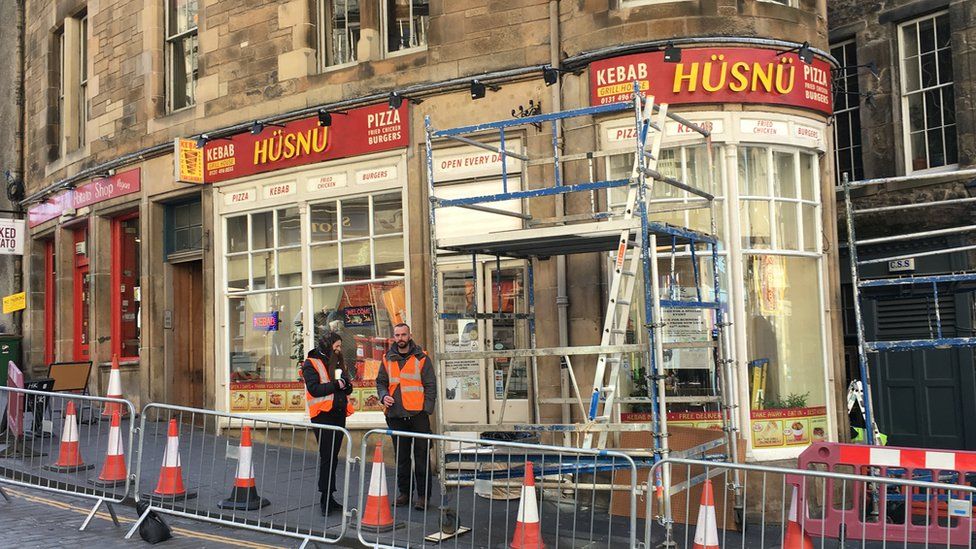 "It means they are using it specifically for Edinburgh," says Lewis, "so we know that something in the next movie is going to happen in Edinburgh".

Julie Gifford tweeted a picture of fake cobbles being installed over the top of Cockburn St's real ones. 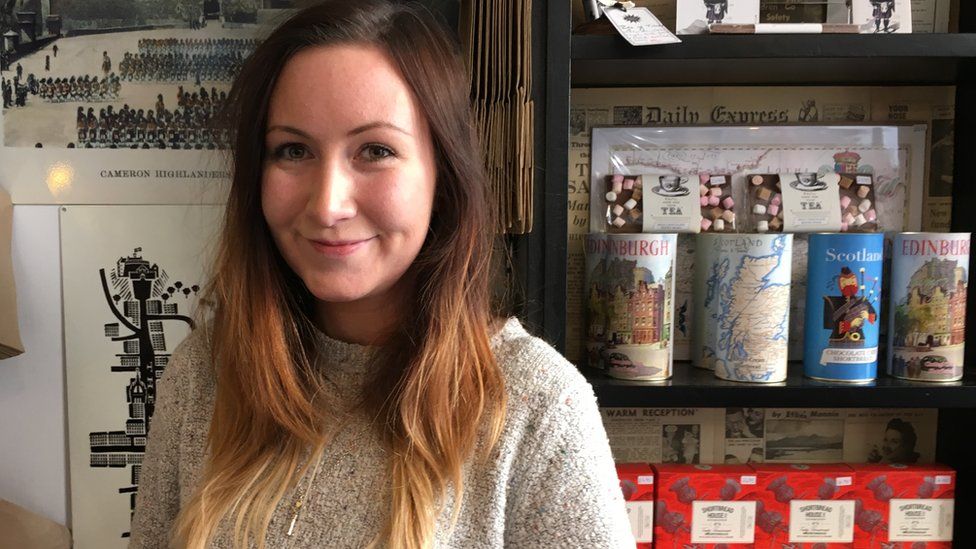 Image caption Josie Marwick, 25, works in a gift shop on a street where Avengers filming is taking place

Josie Marwick works in a gift shop on Cockburn St, right next to much of the filming activity.

She has signed a non-disclosure contract, but says all the buzz and activity around her is very exciting.

"There's been lots of changes in the shops, as they paint them up. The whole street's got a buzz to it, and it'll be exciting to watch the film."

Rosie Ellison, head of Film Edinburgh, is responsible for trying to attract TV and movie projects to the Scottish capital.

"I've been excited about this for a year," she told Newsbeat. "Excited - and trying not to put all my eggs in that basket, or even think it was a possibility actually."

Rosie is also banned by the film's production company from talking about specifics. She won't even confirm that the filming that's taking place is for The Avengers.

However, she does tell Newsbeat, "It's very exciting that it's all ramping up. It's the kind of production that's going to have a long-lasting effect on the city".

She goes on, "for people to see the city on the screen, as part of a film with a global following, is a tremendous boost".

Trainspotting 2 was filmed in Edinburgh recently, while scenes from World War Z were shot in Glasgow.

But Avengers: Infinity War is believed to be the biggest movie shoot ever to take place in Scotland - worth millions.