These strawberries are red, right? Wrong 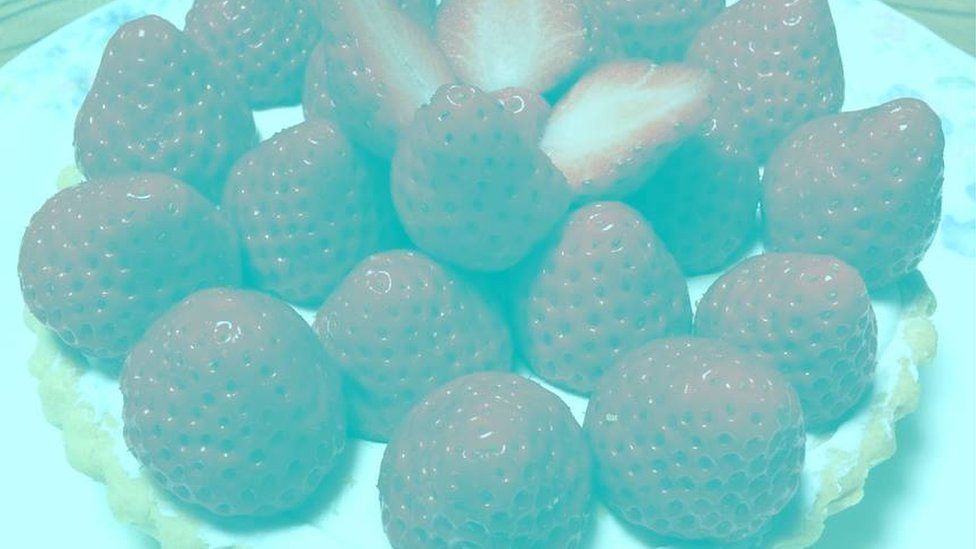 A picture of a strawberry tart has got the internet talking, because whilst it might look reasonably normal, things aren't quite as they seem.

At first glance it looks like a poorly taken photo, or maybe one with far too many filters on it.

But what is actually in front of you is a picture with absolutely no red pixels.

The red colour of the strawberries is merely your mind playing tricks on you because of the blue background.

Things look different under, for example, fluorescent office lighting than they do in softer, lounge lighting so our brain makes an adjustment to make sure that we still see strawberries as red, regardless of where we're eating them.

Bevil Conway, an expert on visual perception, told Motherboard that "your brain says, 'The light source that I'm viewing these strawberries under has some blue component to it, so I'm going to subtract that automatically from every pixel.'

"And when you take grey pixels and subtract out this blue bias, you end up with red."

And of course, because we know strawberries are red, that also helps the brain give them the correct colouring.

Then Matt Lieberman joined in the debate later by tweeting the slightly altered picture which still contains no red pixels.

And many responded to Matt , adding rectangles to the picture to help demonstrate that the pixels are actually grey.

Carson took some of the colours which appear red and put them on a white background to the right.

And Tim added rectangles joining to the strawberries.

You can see the grey better if you isolate each strawberry from the background.

It's not quite the same as the that dress from 2015 where the world seemed split on whether it was black and blue or white and gold.

But it is all to do with the same thing our mind is doing, making adjustments with colour based on the type of light.